The flair of Mike Ryan
Features

Sir Mark Todd is Britain’s newest Flat trainer, having finally retired from an event-riding career that has spanned five exceptionally successful decades. Many 63-year-olds with cabinets full of medals and trophies might be thankful for a quieter life, but this fit, athletic New Zealander with an excellent brain is buzzing with the prospect of a new challenge.

“I am in no way ready to retire completely,” he says. “Racing was always my first love, really – if I hadn’t been so tall [6ft 2in] I would have been a jockey. And if I am going to give up eventing I need something to focus on and look forward to. I’m excited about it.”

Todd first rode on a championship eventing team for New Zealand at the 1978 World Championships in Lexington, Kentucky, and bowed out by winning the Nations Cup team competition for his country at the Irish event at Camphire at the end of July 2019. In between were seven Olympic Games – with two consecutive individual gold medals, in 1984 and 1988 – seven world championships with two team gold medals, five Burghley victories and four at Badminton. He also showjumped at Olympic level – at the 1988 and 1992 Olympics, he competed in both disciplines. The FEI, equestrian sport’s governing organisation, voted him rider of the 20th century, and he is certainly the most famous event rider in the sport’s history.

It could be argued that his greatest achievement was winning Badminton in 2011. He retired from eventing after winning an individual bronze medal at the Sydney Olympics in 2000, and trained racehorses in New Zealand for several years before – “for a bit of a dare” – accepting a challenge to see if he could take up eventing again in the spring of 2008 and get to the Beijing Olympics that year. He did, and returned to the sport full-time for a further ten years.

Eventing had moved on and changed considerably in his absence, and that 2011 Badminton triumph on NZB Land Vision was an extraordinary example of determination, the ability to adapt, physical prowess and sheer strength of mind, as well as horsemanship.

“Everything I’ve done for the past 40 years, I’ve done to a very high level”

He has also proved he can train racehorses; he had considerable success in that sphere in his time in New Zealand, with two Group 1 winners to his name. Bramble Rose, a Shinko King filly he bought as a yearling, won the New Zealand Oaks and was placed in another two Group 1s in Australia and was that year’s champion three-year-old filly. And Willy Smith won the two-mile Wellington Cup in 2007.

Of course, training in Britain is, he admits, “a different ball-game” to training in New Zealand, and there are a great many well-established trainers here. Can he really make an impact?

“Everything I’ve done for the past 40 years, I’ve done to a very high level, so that’s what my aim is again,” he says, in the direct, articulate way that characterises him.

His base at Badgerstown, on the edge of the Marlborough Downs, is quickly transforming from an eventing yard to a racing yard. It has 40 stables; Todd has no desire to build any more. 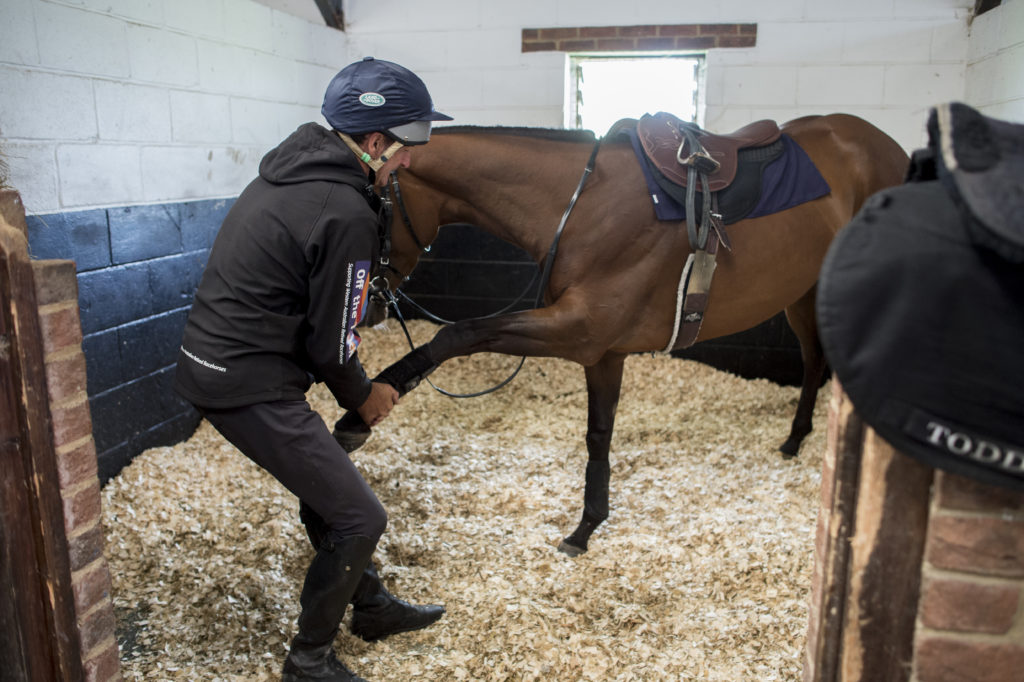 At present there are nine racehorses at Badgerstown, which already possesses a footnote in racing history in that it was created by legendary National Hunt jockey Stan Mellor. This chapter in Todd and his wife Carolyn’s life started last winter when Sir Peter Vela, who has owned many event horses – including that Badminton winner NZB Land Vision – with him over the years, sent him the Group 2 winner Eminent.

“Sir Peter and Hubie de Burgh bought Martyn Meade out of the horse with the idea of sending him to stud in New Zealand,” said Todd. “They sent him to me to play around with beforehand, and I rode him around and even jumped him a bit.

“Then I got a phone call saying they were thinking of taking him to Australia to run in a couple of races before retiring. And we want you to train him, they said!”

Even though the British eventing season was about to start and he had horses entered for Badminton, Sir Mark couldn’t resist the challenge.

“To be honest, Carolyn and I had thought about maybe having a racehorse or two of our own and doing the pre-training here before sending them off to a trainer,” he admits. “But when Sir Peter suggested it, I thought, ‘Why not?’ It all spiraled from there.

“We bought five at the breeze-up sales, four in Ireland and one at Arqana”

“I had to get my trainer’s licence in a hurry, which wasn’t as easy as I thought it would be. Luckily I had held a licence in the past ten years – just – and the things I’ve done in racing and eventing before helped a bit, but I still had to jump through certain hoops, of course.

“The British Horseracing Authority were very good, actually, but it came pretty close to the wire; Eminent was to be nominated for these races in Australia and you could only nominate a horse with a named trainer. I got my licence two days before the closing date for nominations for the Ranvet Stakes.”

Eminent, by Frankel out of the Kingmambo mare You’ll Be Mine, ran a brilliant race in the Group 1 Ranvet Stakes at Rosehill, finishing second after tiring a bit on the soft ground. An outing in Winx’s final race, the Group 1 Queen Elizabeth Stakes at Randwick, didn’t go to plan – and neither did an attempt on the Queen Elizabeth II Cup at Sha Tin.

But there was no doubt that Todd’s appetite was whetted, and he admits his focus switched away from eventing.

“We had a great time in Australia and Hong Kong, and we started thinking, ‘Why don’t we get some horses, get some mates involved and train?’ We bought five at the breeze-up sales, four in Ireland and one at Arqana. Sir Peter has taken half-shares in those, and we’ve sold shares to various friends all over the world.”

It’s worth remembering that, although he wouldn’t say it himself, Todd knows everybody – including many of the most successful owner-breeders in the UK and in other countries. It would be no surprise at all to see horses trained by him carrying some very famous colours, even if those horses aren’t those breeding operations’ diamonds of the first water. Very social and great fun to be around, his friendship networks stretch a lot further than merely the British eventing scene. He also has everybody’s respect as a horseman. 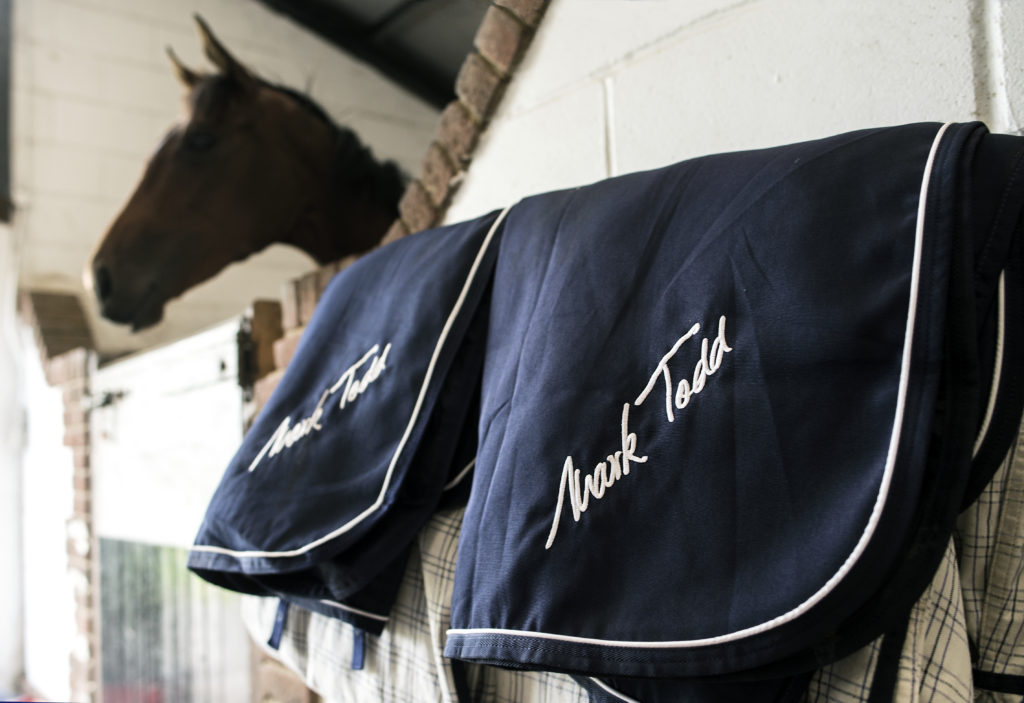 “A few people have said, ‘We’ll send you a horse’ – it will be interesting to see,” he says. “I think a lot of people will be sitting back and seeing what happens.

“Training isn’t rocket science,” he continues. “The basic facts in any equestrian sport are that if the horse is fit and he is healthy and happy he will try hard for you. Hopefully I know how to get horses fit, I know how to look after horses and how to keep them happy.

He also admits that he isn’t particularly familiar with all of Britain’s many and varied racecourses, but he may have an ace in his hand of cards – commentator Richard Hoiles is helping him with “race-planning and so on”, recommended to him by Alice Fox-Pitt.

“My eventing staff are leaving as they don’t want to do racehorses,” says Todd. “But I am very lucky in that I am getting very good people around me again – [ex-jump jockey] Hadden Frost came here because he wants to be a showjumper, but he’s riding work for me at the moment, and we’ve got another girl whose mother used to work in my eventing yard 30 years ago, so at least she will have been told what we are like!”

He also rides many of the horses himself – not in their proper fast work, as he thinks he is too heavy, despite not having an ounce of spare flesh on his rangy frame – and that personal instinctive “feel” for horses and how they are in themselves will undoubtedly continue to be a part of his latest equine adventure.

“If we have a few winners, we might attract some more [owners]”

There are naturally differences between training racehorses and training sports horses, even if there are similarities as well.

He says: “When I first took up training in New Zealand I was working the young ones too hard – I was working them in the way I would work event horses, so that took me a little while to learn that one.

“Where my eventing experience is an advantage is in the all-round horse management and horsemanship. I like being hands-on and having the personal involvement with each horse, which is why I wouldn’t get want to get too big.”

Sir Mark has had a couple of runners so far, most recently Petit Bay, a three-year-old Dick Turpin filly who made her racecourse debut at Kempton in August, finishing sixth of 14. “She’s not a superstar but I think she can win a race; she was a bit of a gauge as to where we are and when the others might be ready,” he says.

Todd is looking to recruit new owners and horses, taking in the recent yearling sale at Deauville.

“In theory [we went] just to look, as it is good to get your eye in, but I can’t believe we won’t end up with something somewhere along the line,” he explains.

“Various people have said they will go to the sales and buy something [for me to train], so who knows what will happen in the next couple of months? If we have a few winners, we might attract some more.”

Horses have always responded to Todd’s calm confidence. The trust they have felt in him as a rider enabled both the highly talented and the not-so-brilliant ones to perform to their limits; there is nothing he cannot do on the back of a horse, and it will be fascinating to see how this next project goes. Sir Mark Todd should never be underestimated; with laser-like focus and an array of natural talents, he has the Midas touch. 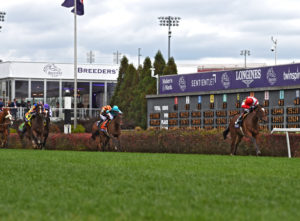 Up Next
The flair of Mike Ryan