Having completed your apprenticeship with Richard Hannon, you are now a senior member of his team of jockeys with the prospect of more rides in the big races. How do you handle such a confidence-boosting prospect?

It’s not really an issue of handling the situation; I finished my apprenticeship with Richard Hannon and have been riding a long time now.

Don’t forget I started off with Aidan O’Brien and he gave me massive opportunities in a lot of big races when I was still claiming, so I feel I’m more than capable of grabbing the opportunities when they come along.

There’s Pat Dobbs, who has been a member of the Hannon team for a long time. Also there’s Kieran O’Neill, Tom Marquand, Hollie Doyle and Rossa Ryan, and other apprentices, too.

We have a really good team and as a stable Richard Hannon has done great since taking over from his dad.

We’ve had 150 winners this year, a Group 1 with Barney Roy in the St James’s Palace Stakes, and once the yard is going well the opportunities are there.

We operate as a squad, covering the many different tracks and it works well.

You and Royston Ffrench are the two black jockeys riding regularly in Britain. Do you see yourself championing a cause by making it as a black jockey and acting as an inspiration to others?

Maybe people looking in from the outside see us as championing a cause for black people in racing. But for us, we simply see it as doing something we love. However, if we are opening doors for others, then so be it.

It’s not just Royston and me, because Silvestre de Sousa – I know he’s Brazilian, but we’re all put under the same category – opened the doors for the likes of me with all his success.

What we are doing makes riding winners more commonplace among coloured jockeys and then others will find it easier to follow.

Traditionally, English racing has been a white, male sport but it is changing. Most of the jockeys have been English and Irish but now it’s becoming broader.

Look at the likes of Josephine Gordon, Hayley Turner and Cathy Gannon and what they are or have done for women in racing, encouraging a lot more female riders to come through like Hollie Doyle, Rachel Richardson and many others.

Your family moved to England from Swaziland when you were ten. How difficult was it settling into such a completely different culture?

My dad was born in Ireland, then the whole family moved and grew up in Croydon. Dad was the only one who pursued horses. He moved to Africa, and my speaking Swazi came from my mother’s side, but thanks to my father I was always surrounded by people from England, Ireland and of course Swaziland.

I was lucky and privileged to be educated in private as well as public schools. So when I actually moved over here it wasn’t that big a deal, it was more a case of taking in and becoming accustomed to the new and completely contrasting climate and scenery.

That’s what I miss most about Swaziland. The great advantage of being in England is having so many opportunities, particularly riding.

Swaziland is a beautiful country to live in but with very restricted scope to better yourself.

Where did horses first come into your life – and when did you decide to pursue a jockey career?

When my father moved to Swaziland he opened a bookmaking business with my mother and he also had his own stables and got a company of hotels to sponsor a racetrack there.

But he became more interested in boxing and ended up running the Swazi Amateur Boxing Association and took a team to the Asian Games. Much as he loved horses, he probably loved boxing more.

Dad never once forced me to ride, but I was about five when I first sat on a horse, and didn’t take to it immediately.

Then the school bus used to stop near some stables and my friend was having lessons there, so I went with him and started hopping off the bus, riding regularly before walking the rest of the way home.

When I told Dad what I was doing he took me to the stables with my brother Declan at weekends and we continued from there.

You had a year pony racing under the tuition of Tony Deegan in Ireland before joining Aidan O’Brien, where your dad Michael was riding out and your mum Tinni worked in the stable canteen. How did you find settling into the Ballydoyle set-up?

I started riding out before I went pony racing and I found it extremely difficult because I was very small, barely seven stone.

Every aspect of it was very hard. I was only doing it on weekends, making a couple of quid and going back to school the rest of the week.

There was a lad in the yard who was a friend of Tony Deegan, who had a pony racing stable, and we all went to meet him at a pony meeting and, watching the racing, I felt there was no way I could do this. But Dad dropped Declan and me off at Deegan’s and left us there.

Throwing us in at the deep end gave us no choice so we got stuck in and in the end we became very confident.

Tony had all the facilities there, let us get on with it and he gave us the opportunity to ride in races. Aidan Coleman and Martin Harley were there at the same time.

When I returned to Aidan’s I found it easier and enjoyed it more, but still got run away with on just about every horse I rode!

What impression did the legendary O’Brien have on a young Levey in those early days?

To be honest, I wouldn’t be where I am today if it wasn’t for Aidan. When I came back to him after the pony racing I was a better rider but he still needed to polish the edges.

He seemed to have confidence in me and helped me and my family an awful lot.

As a person, Aidan is one of the nicest people you could come across, very helpful with all his staff at every level.

He is a genuine man with such a passion for racing and so meticulous in everything he does.

I was there in my teenage years and he was never far away all the time you were working. Just a great influence.

Which top class horses did you ride there and how did they help in your learning curve to become the jockey you are today?

George Washington, Yeats, Rip Van Winkle, Holy Roman Emperor and Duke Of Marmalade were just a handful of the top horses I rode.

When you are riding good horses there is no better way to learn – the best horses teach you everything.

At the time the two that stood out were George Washington and Yeats. George Washington was the most amazing horse I have ever seen, from the moment he came to Ballydoyle as a two-year-old until he passed away; the things he used to do on the gallops were unbelievable.

Yeats because he was one of the first horses Aidan kept for so long. He developed his own fan club within the Ballydoyle set-up; everyone adored Yeats from the moment he arrived until the day he left with his four Gold Cups.

Why did you leave O’Brien and go to David O’Meara in Yorkshire before moving to Richard Hannon?

I had spent nine years at Ballydoyle and was still very young. And, despite all the opportunities I’d been given by Aidan, I felt I needed to go out and earn something more, not simply work away feeling that everything was just being given to me.

I was still riding with a claim and wanted to progress as a result of my own efforts. I thought coming to England might achieve that.

I joined David O’Meara, who was just starting off and he provided the stepping-stone I needed.

I then got a couple of rides for Richard Hannon and asked him if he’d take me on as a trial. I went there, rode a few winners and now I am part of a very good team. 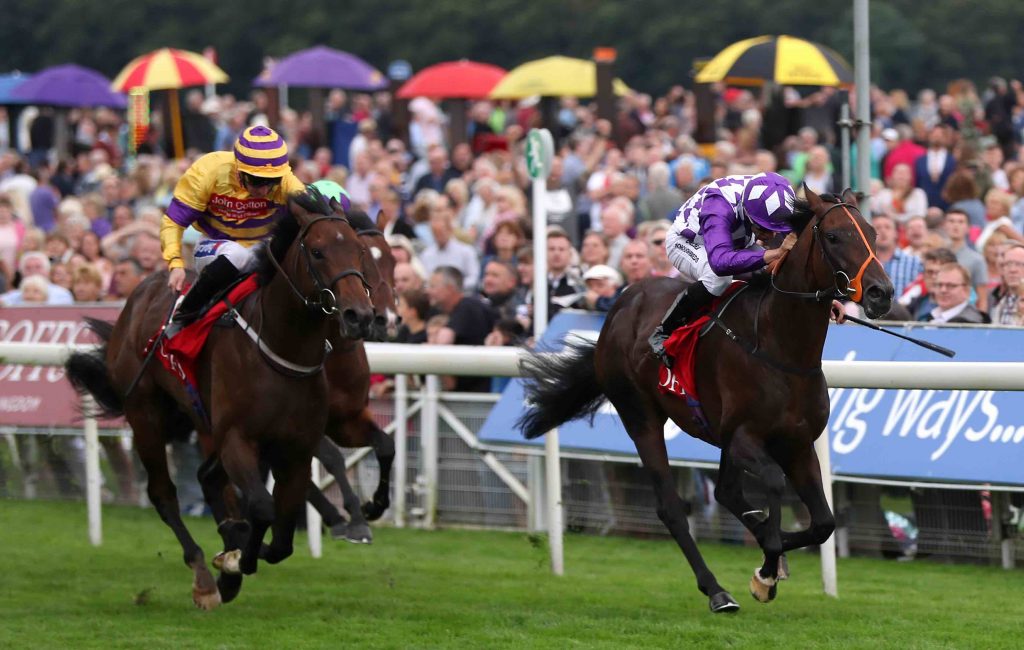 What has been the highlight of your career so far?

This year, when I have been getting the opportunities and everything has been working out.

The way Richard has organised all his jockeys and given each of us our chances seems to have benefited everyone.

He is a great example of how a big trainer can successfully spread the load of rides. Of course since our champion Hughesie [Richard Hughes] retired, we have all been trying to fill his boots.

I am more and more involved in the bigger races and that’s what it’s all about.

What part of being a jockey do you find hardest? And what do you enjoy most?

Doing the weight. My minimum is 8st 8lb and it’s just constantly trying to keep your weight down all the time with the combination of a lot of things.

It’s not just diet, though I am watching what I eat all the time; it’s also training, keeping fit, sweating in the sauna. I used to run quite a bit.

I have a mountain bike and cycle in the woods behind Hannon’s and I also still run and walk as much as I can. I play squash as well.

I enjoy many aspects of the job: the riding, the horses and the people are great. Even some of the travelling enables you to visit new places.

I miss the whole tranquillity of Africa; it’s nothing like as busy as England. A lot calmer, a lot more settled and of course a far nicer climate

You must have a favourite horse. What is it and what sets it apart?

At the moment it is Billesdon Brook, a lovely straightforward filly. She’s gutsy, she’s hardy and not too bad to look at, either.

I usually ride her work at home before she runs and she has a great temperament.

Winning the Goodwood nursery on her and then the Group 3 a fortnight later meant a lot to me.

What do you miss most about life in Africa?

I miss the whole tranquillity of the place; it’s nothing like as busy as England. A lot calmer, a lot more settled and of course a far nicer climate. There was so much to do there.

I played most sports but wasn’t very good at any of them. There isn’t much grass out there and you play football on the dirt, cutting your knees on the stones.

I wasn’t too bad at cricket until I realised the ball was bloody hard!

I was so small when I was there and even in Ireland when I was 18, I was still the smallest in school.

Do you set yourself targets? If so, what are they?

I always try to beat the number of winners I had the year before. So far I have achieved that. I had 67 in 2016 and this time I am past the 50-mark.

We all dream of winning the Derby and riding Humphrey Bogart last year was a highlight for me.

But, of course, any Group 1 or Royal Ascot winner would be great. We’re all looking for that top-class performer. 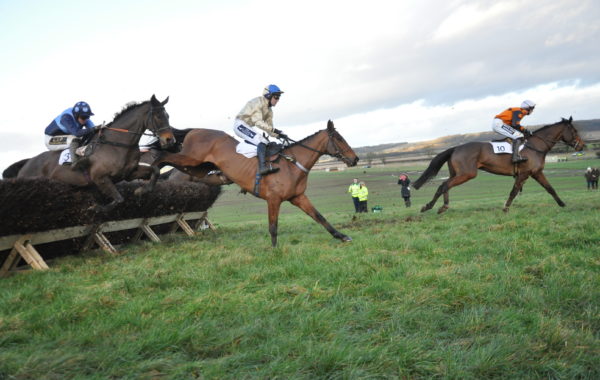 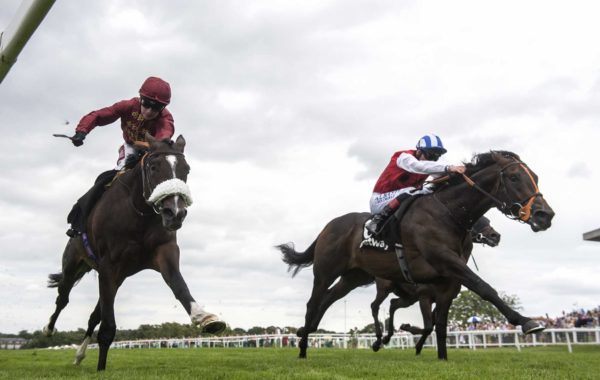 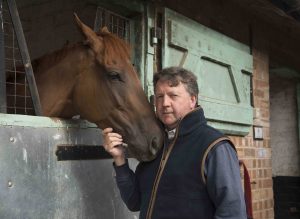 Up Next
Family fortunes