Hasili – a brilliant producer with a touch of bad luck
Features

Operation’s ambition illustrated by addition of Hello Youmzain, Persian King and Latrobe to its ranks

Fresh from cultivating Wootton Bassett into an international force, and selling him to stand at Coolmore off the back of his success, Haras d’Etreham enter 2021 in possession of one of the most upwardly mobile stallion rosters in Europe.

Established during the early 1940s by Hubert de Chambure as a base to stand his Arc winner Verso II, Etreham is no stranger to stallion success, having once been home to French champion sires Luthier and Fabulous Dancer as well as the influential Kaldoun and Top Ville. It also stood Poliglote, whose stud record ranged from Arc heroine Solemia to top jumpers Politologue and Don Poli.

More recently, the deeds of Wootton Bassett have assisted in confirming its place at the forefront of the French industry. However, Nicolas de Chambure, Hubert’s great-grandson, is not one to rest on his laurels and while the departure of Wootton Bassett has left a major void on its roster, the stud’s ambition is well illustrated by the fact that it will has added three new stallions for 2021, namely the Classic winners Persian King and Latrobe, and the Group 1-winning sprinter Hello Youmzain.

The new recruits join a roster that is headlined by Wootton Bassett’s champion son Almanzor, whose first crop are scattered among the leading European yards having averaged close to 100,000gns across the yearling sales season.

Persian King was an exceptional miler for Andre Fabre who retires to Etreham having won the Group 1 Poule d’Essai des Pouliches, Prix d’Ispahan and Prix du Moulin in the colours of Diane Wildenstein’s Ballymore Thoroughbred Ltd and Godolphin SNC. He also defeated Magna Grecia to win the Group 3 Autumn Stakes at two and in a rare show of versatility, ran third in the Arc on his final start.

An imposing horse, he also possesses a deep Wildenstein pedigree that goes back to Petroleuse, a half-sister to their brilliant filly Pawneese whose other descendants include luminaries such as Peintre Celebre and Planteur.

“Persian King is Kingman’s best son and represents a great opportunity to use that line,” says Etreham’s Nicolas de Chambure. “He’s a tall horse but was precocious too – the fact that he won a Group race at two, beating Circus Maximus and Magna Grecia, shows just how good he was and will help him commercially. But he also trained on and then he was better than ever as a four-year-old.

“He has that natural speed. However, we also saw what he could do over a longer trip in the Arc. We don’t see many trainers going straight from a mile to 12 furlongs these days, and he ran a great race. He settled very well that day, despite being asked to change his way of running, and showed a lot of courage to be third.

“He’ll be limited to 140 mares and he’ll be full in the next couple of weeks.” 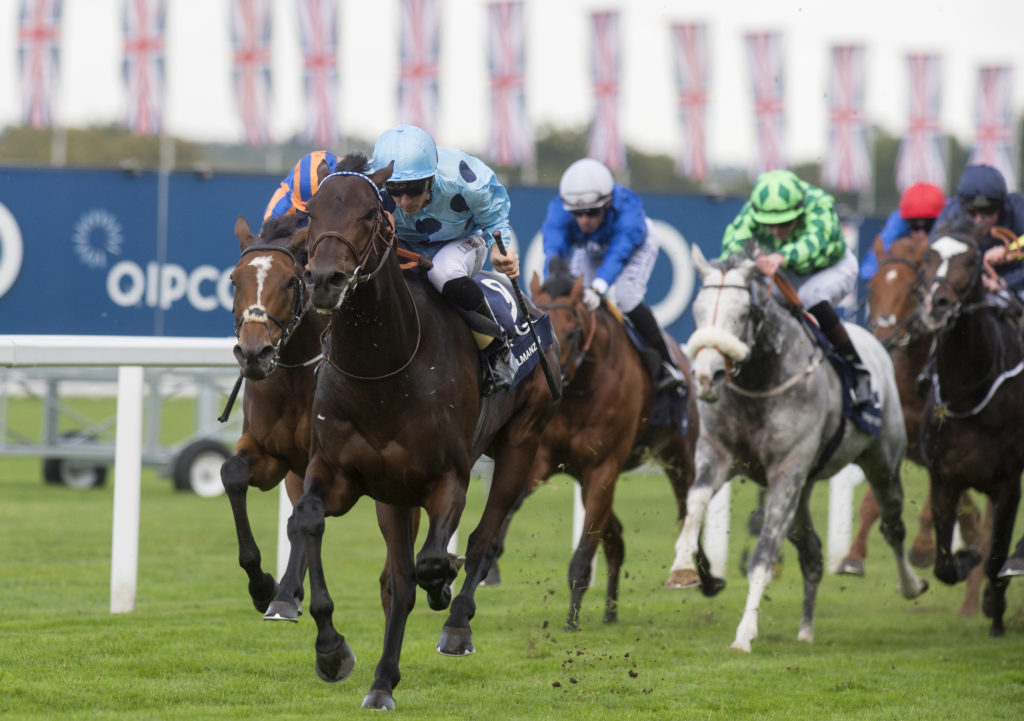 Hello Youmzain, meanwhile, joined the Etreham fold in the autumn of 2019 when purchased in partnership with leading New Zealand nursery Cambridge Stud following his victory for Jaber Abdullah in the Group 1 Sprint Cup at Haydock Park.

The son of Kodiac had been a smart two-year-old for Kevin Ryan, winning the Group 2 Criterium de Maisons-Laffitte, before going on to claim the scalp of Calyx in the Group 2 Sandy Lane Stakes at Haydock Park on his second start at three.

With such a record behind him, there’s no doubt that Hello Youmzain would have been a desirable addition to the stud for the 2020 season but instead, connections elected to keep him in training at four – and with excellent results as he went on land the Group 1 Diamond Jubilee Stakes at Royal Ascot and run second in front of a French audience in the Group 1 Prix Maurice de Gheest at Deauville.

“He’s gone down very well,” says de Chambure of the horse, who is the first son of emerging sire of sires Kodiac to stand in France. “Kodiac has had his best year yet, he’s the leading two-year-old sire in Europe, and Hello Youmzain is one of his best sons – one that was a Group 2-winning two-year-old but also won Group 1 races at three and four. 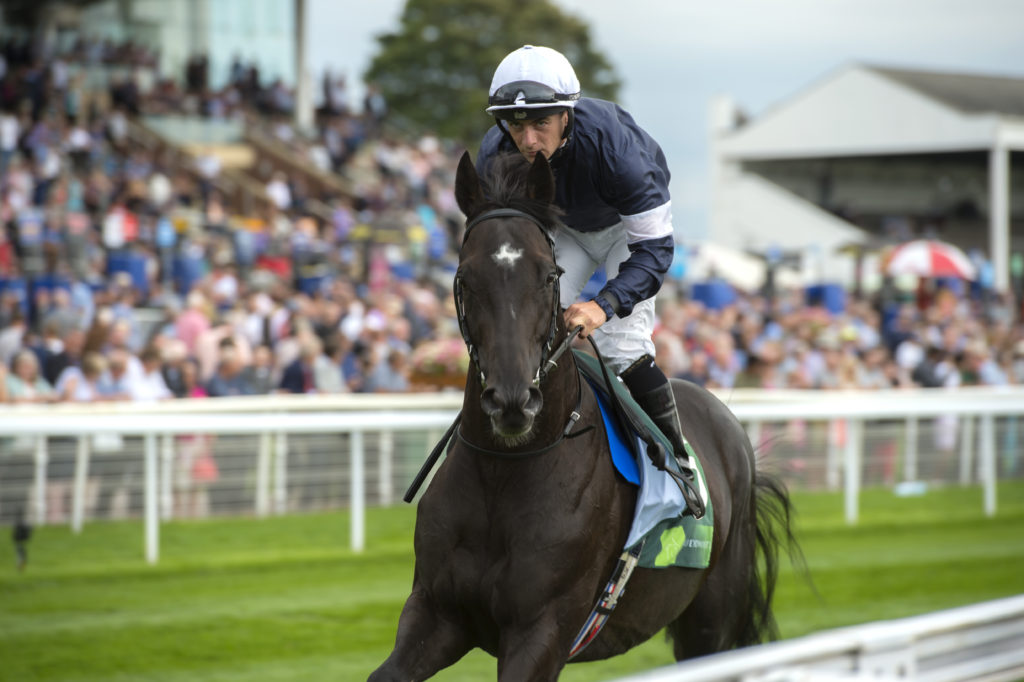 “He’s a little bit different to some of those sprinters because he’s got a bit of size, scope and a huge walk. He’s out of a Shamardal mare and I think he’s got the best of both sire lines. When people come and see him, they’re quite taken with his athleticism. He’s something different for France and quite exciting.”

He adds: “I think sometimes that French people are a little bit afraid to use the son of a sprinter but if you look back in history, a lot of those good stallions who produce a good son at stud are sprinters that can also get good milers and ten furlong horses from different sorts of mares – like Green Desert with Oasis Dream and Invincible Spirit. They seem to be a good influence because you’re bringing back in that bit of speed.”

The trio is completed by the Irish Derby hero Latrobe, who takes up duty under Etreham’s jumps wing at Haras de la Tuilerie. The son of Camelot, who also won the Group 3 Ballyroan Stakes for Joseph O’Brien, takes up residence alongside the National Hunt heavyweight Saint Des Saints and popular pair Goliath Du Berlais and Masked Marvel at a fee of €4,000.

“Latrobe could produce a good horse on the Flat, but I think he’ll cover mainly National Hunt mares,” says de Chambure. “I think he’ll bring a bit more speed and class to some of those jumps mares in France. Poliglote [a former Etreham stalwart] was a Flat stallion who became a huge influence in that sphere. We’re trying to repeat that.”

Classic miler, top sprinter and a Derby winner poised to assume a dual-purpose role – Etreham has its bases covered for 2021 while doing its bit to promote the French industry to an international audience. In the meantime, it would be no surprise to see Almanzor step in to assume the mantle of his sire Wootton Bassett at the famed Normandy farm. 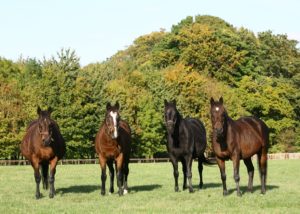