End of an era

When the 2021 breeding season commences at Overbury Stud, for the first time this century Kayf Tara will not make his familiar regular jaunt alongside Dan Matty from his stable, along the lane, to the covering shed.

There is much to look forward to at Overbury, both during the Flat and National Hunt seasons, with young stallions Ardad, Jack Hobbs and Frontiersman all awaiting their first runners. But the horse who made the place and gave Simon Sweeting a dream start in the stallion business will be called to action no more after an honourable second career that stretched 20 seasons long.

And longevity is very much the watchword when it comes to Kayf Tara, who takes up his well-earned retirement at the age of 26. In four seasons on the racecourse, first under the nurturing eye of Sir Michael Stoute, he was later switched to the care of Saeed Bin Suroor and became a standard-bearer for what was then Godolphin’s elite corps.

In just his fifth appearance on a racecourse he held off Double Trigger to win the Gold Cup at Ascot before going on to win the Irish St Leger later that season. He would claim each of those races once more before retirement, along with wins in the Yorkshire Cup, Goodwood Cup, Prix Kergorlay and Prix Vicomtesse Vigier as well as three champion stayer titles.

One of 13 Group 1 winners produced by the Weinfeld family’s Meon Valley Stud over the last 40 years, along with his full-brother Opera House and half- sister Zee Zee Top, Kayf Tara, as a son of Sadler’s Wells and Irish Oaks winner Colorspin, was eminently qualified for stallion duties. His staying prowess, however, meant that he would always be of greater appeal to National Hunt breeders than to commercial Flat breeders. Retained by Sheikh Mohammed throughout his lengthy stud career, despite some lucrative offers from Irish farms, Kayf Tara’s retirement to stud coincided with Simon Sweeting taking on the running of Overbury Stud in Gloucestershire in 2000.

Interviewed for this magazine in 2015, Sweeting said: “I owe him everything really. He was our first stallion. The whole thing started with him. The stud was available, the horse was retiring – he was the first animal that came here.

“Horses like him are very few and far between. He came at the right time and everything just worked. I’m very lucky that Sheikh Mohammed let us have him. John [Ferguson] said to me, ‘If you can find a stud you can have a stallion’.”

Kayf Tara has spent the last two decades of his life at Overbury keeping a watchful eye on the comings and goings of the main yard from his stately corner box. Unlike many other stallions of a mature age, he has never really lost that lithe look of a racehorse. Even as the years have dipped his back a little, it is still easy to discern the athlete he once was. And those athletic genes have been imparted to horses who have become some of the top names of the jumping game over recent seasons, collectively assisting their father to 11 leading British jump sire titles – a run that will likely continue for some years to come. 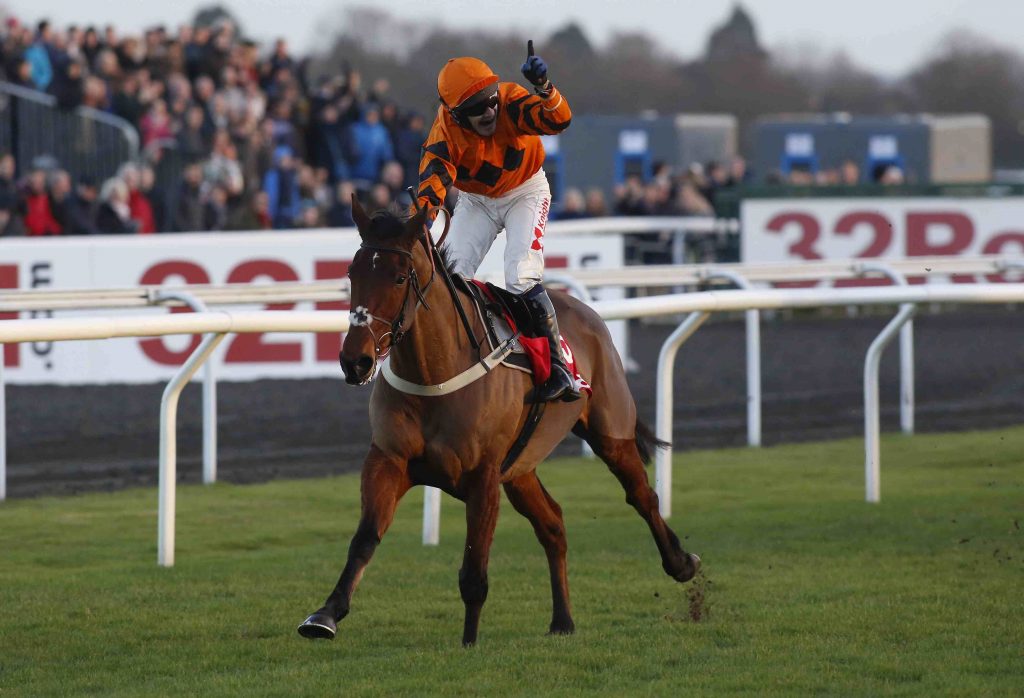 Thistlecrack is one of a number of top-class horses sired by Kayf Tara – Photo: George Selwyn

One of his early stars was the ‘Hennessy’ winner Carruthers, beloved by many for his connection to his late breeder Lord Oaksey and a proper flag- bearer for Mark and Sara Bradstock’s small stable. A member of Kayf Tara’s second crop, Carruthers’ ten wins under rules also included the Reynoldstown Novices’ Chase and Leamington Novices’ Hurdle.

It wasn’t until Planet Of Sound won the Guinness Gold Cup for owner- breeder Charles Lloyd-Baker at Punchestown in 2010 that Kayf Tara was represented by his first Grade 1 success, but the top-level winners have flowed since then. At the head of the honour board is the King George winner Thistlecrack, an exhilarating jumper in his prime and also a Grade 1 winner at Cheltenham, Aintree and Ascot. Bred by Robin and Scarlett Knipe, his dam Ardstown was the daughter of another Ascot Gold Cup winner in Ardross.

Another whose flamboyant style of running will live long in the memory is the David Young-bred Special Tiara, British- born but trained in Ireland by Henry de Bromhead and carrying the stars-and- stripes silks of his American owner Sally Rowley-Williams. His good days were many and the best of them came hand in hand with three Grade 1 triumphs, most notably the Queen Mother Champion Chase.

Tea For Two has his own footnote in history as the mount of Lizzie Kelly when she became the first woman to ride a Grade 1 winner over fences in Britain in the Kauto Star Novices’ Chase. The duo returned the following season to land the Grade 1 Betway Bowl at the Grand National meeting.

Identity Thief, Ballyandy, Blaklion and Edwulf are among Kayf Tara’s other top- level winners on a list which could well be enhanced in the near future by one of last season’s leading novice hurdlers and recent TBA award winner, the Overbury- bred Thyme Hill.

As Kayf Tara’s roll of honour grew in the last decade, so did the appreciation of his talents among National Hunt breeders and, crucially, that came in Ireland as well as Britain. It takes a special sire to be able to entice Irish breeders to send their mares across the water when they have such a range of choice among the leading jump sires in their home country.

Recognition generally comes late to National Hunt stallions, an understandable byproduct of their slower-maturing offspring. Kayf Tara’s enduring presence at stud at least allowed breeders to patronise him fully once his prowess was realised, and that will in turn ensure that his influence in National Hunt racing is felt for some years to come.

At last month’s TBA National Hunt Awards, he scooped the Whitbread Silver Salver for the leading active British-based National Hunt sire for the ninth year in a row and, for the sixth consecutive year, won the Horse & Hound Cup for the highest number of individual chase winners in 2019/20 among the active stallions in Britain.

The key word in both of those award categories is ‘active’ and the baton will now be passed to one of his counterparts to step into the breach. No matter which of the younger British National Hunt stallions steps forward to claim those accolades, there will be a void left in British National Hunt breeding by the retirement of Kayf Tara, and it is a large one to fill. 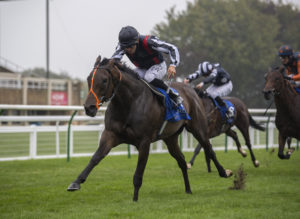