A time of record for Belshaw's excellent family
Exclusive Columns

Wrongfooted by a Classic hero after Ally Pally start 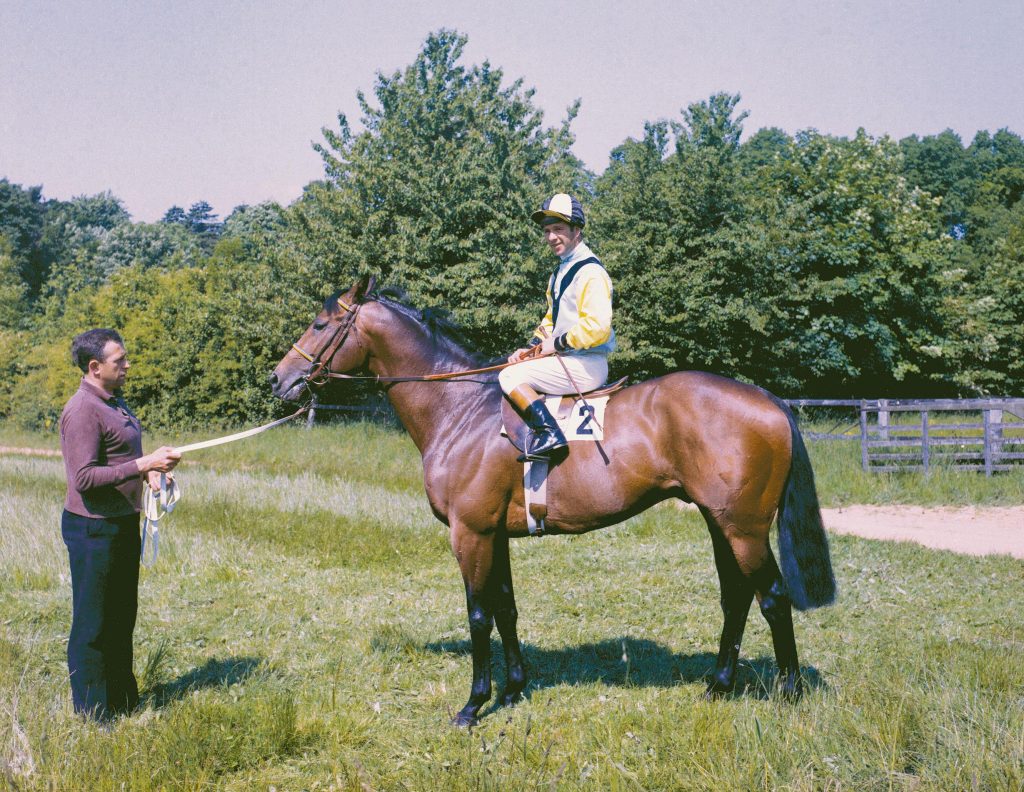 I attended the 2,000 Guineas for the first time in 1965 and have seen every renewal since then, so it hardly needs saying that I have been privileged to witness many notable performances in the colts’ first Classic.

My list of the champions who excelled over the Rowley Mile in Spring would inevitably include – in chronological order – Sir Ivor, Nijinsky, Brigadier Gerard, El Gran Senor, Dancing Brave, Nashwan, Sea the Stars and Frankel – but the one who perhaps gave me the most reasons to remember him was not quite in their class.

My reference is to Right Tack, the colt from a relatively humble background who triumphed exactly 50 years ago.

My first acquaintance with this somewhat unlikely hero came at the St Leger yearling sales in September 1967, where something about his pedigree naturally caught my eye.

There was really nothing special about his sire Hard Tack, who had won twice as a juvenile on the Curragh, had run second to Right Boy in the King George Stakes at Goodwood at three, and had become fairly respectable at stud, getting a few decent runners without ever threatening to reach the top 20 in the sires’ list.

What aroused my interest in the colt’s pedigree was the identity of his dam. She was Polly Macaw, who in 1962 had featured in a notorious incident over the running of a two-year- old selling plate at Lincoln – a race that would have serious consequences.

In a seven-runner field the two market leaders were stablemates trained by Bob Ward at Hednesford. When betting opened, Lester Piggott’s mount Ione was favourite at 6-4 on, with Polly Macaw, ridden by Peter Robinson, at 3-1, but the pair flip-flopped following some frantic action in the ring. At starting Polly Macaw ruled as an even-money shot, with Ione at 11-8.

After Polly Macaw’s win, the Jockey Club took an interest in the affair and eventually concluded that Ione had not been allowed to run on her merits. Ward’s licence to train was withdrawn and Piggott received a lengthy suspension that made him an absentee on Derby day and at Royal Ascot. (Many years later, his licence restored, Ward – a loveable rogue if ever there was one – gave me chapter and verse on the whole incident, and if that had not occurred late at night after much strong drink had been taken, I might now be able to recall the details.)

Anyway, what little I knew of the event in 1967 was sufficient to make me curious about Polly Macaw’s yearling colt. As I was reporting the sale for the Press Association, it might serve to give me a line or two in the event of a transaction that merited attention.

As it turned out, the colt made the day’s top price of 3,200gns, and my interview with the buyer, Peter McKeever, marked the start of an enduring valued friendship with the Curragh Bloodstock Agency’s Managing Director.

I was present when Right Tack made his first two starts as a two-year-old for John Sutcliffe’s Epsom stable. His debut was at Epsom on the eve of the Derby, and although he finished second in the Caterham Stakes, it was hard to gauge what the form was worth, given that the 3-1 on favourite War Lass had unseated her rider when leading inside the last furlong.

Right Tack won his second race, and won it easily by two lengths, but all that did at the time was to suggest to me that he probably wasn’t very good. The reason for that was the venue. Everyone knew that Alexandra Park, London’s own racecourse, was basically a class-free zone. High-quality horses were hardly ever seen there, and if John Sutcliffe – as shrewd a trainer as any of his generation – sent him to Ally Pally, chances were he did not rate him highly.

That assumption proved very wrong. The colt’s mission that day was a confidence-building exercise, and the rest of his juvenile campaign showed him to be among the best of his generation.

His victory in a minor event at Windsor was awarded in the stewards’ room after he had clearly been impeded by the short- head first past the post, and once he had given weight to ten rivals in an Epsom nursery, winning impressively by six lengths, it was clear that his trainer could aim him at bigger targets.

In September he proved a ready winner of the Imperial Stakes at Kempton, and he signed off for the season with a strong late run to overcome the highly-regarded trio of Tower Walk, Burglar and Tudor Music in the Middle Park Stakes. I had seriously under- estimated the colt’s ability, and now had to concede that, for once, Alexandra Park had played host to a genuinely top-class individual.

The Jockey Club handicapper made Right Tack second-best among 1968 juveniles, only 2lb below Ribofilio, the Kentucky-bred colt who had created a tremendous impression when collecting the Champagne at Doncaster and the Dewhurst at Newmarket. The Timeform annual separated the pair by the same margin.

By an inconsistent sprinter and out of a low-grade sprinter, Right Tack could not be guaranteed to stay further than the six furlongs he had mastered at two, and in his first venture over seven as a three-year-old he was beaten by former victim Tower Walk. But in that Greenham Stakes he was attempting to give his rival 5lb, and defeat by a length and a half was no disgrace. Why not let him have a shot at the Guineas?

In common with most other observers, I could not see beyond Ribofilio for the Classic, especially after seeing him win his trial at Ascot with ease. Nobody – well, perhaps hardly anybody – was prepared for what we witnessed on the Rowley Mile.

The favourite, who had drifted from 13-8 to 15-8 in the minutes before the race, was never in contention, and when stone last and labouring three furlongs from home, Lester Piggott pulled him up. Meanwhile, Right Tack came with an eye-catching run to grab the lead inside the final furlong, then drew clear to win by two and a half lengths from Tower Walk.

What had happened to Ribofilio? Nothing conclusive ever emerged, but I recall a conversation with a leading bookmaker over beers in the Golden Lion later. He told me that he had enjoyed a particularly successful day, having laid the colt to big money. “I just didn’t fancy him,” he claimed. I couldn’t help but think Ribofilio had been got at, and that he had been aware of it.

A few weeks later at the Curragh, Right Tack became the first colt to add the Irish 2,000 Guineas to his victory at Newmarket, and he went on to land the St James’s Palace Stakes by half a length from Habitat before being laid low with a cough. He could not re-capture his best form when he returned, and was retired after finishing unplaced for the first time in the Prix du Moulin, a race won readily by a much-improved Habitat.

That result meant that Right Tack surrendered the title of Europe’s champion miler to Habitat, whom Timeform rated his superior by 3lb, and the pair went on to experience sharply contrasting stud careers.

While Habitat ranked among the leading sires in Europe throughout his innings, siring 50 individual winners of 108 Pattern races, Right Tack’s tally was two winners, one in Group 2 and one in Group 3.

But, amazingly, a colt from Right Tack’s initial crop, Take a Reef, was named England’s champion three-year-old in 1974 without ever having taken part in a Pattern race. Out of the amusingly mis-spelt Nigthingale, he owed his title to a victory under 9st 11lb in a valuable handicap at Goodwood.

My last sighting of Right Tack was at the Newmarket December Sales of 1976. The ultra-rare incidence of a male Classic winner going to auction had its expected impact, and he realised 70,000gns, a record for a stallion, though that was less than half the sum reached by a six-year-old mare in that catalogue.

The transaction at Tattersalls resulted in Right Tack’s export to Australia, where his record turned out to be undistinguished, though he was said to have experienced fertility problems there. He died in 1985, his most important legacy to the breed was his 1974-foaled daughter Mofida, who became the grand-dam of Zafonic and Zamindar. 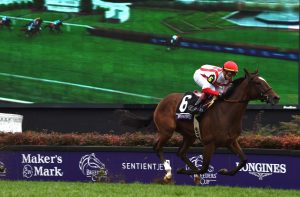 Up Next
A time of record for Belshaw's excellent family