Would I be into racing if a kid these days…? 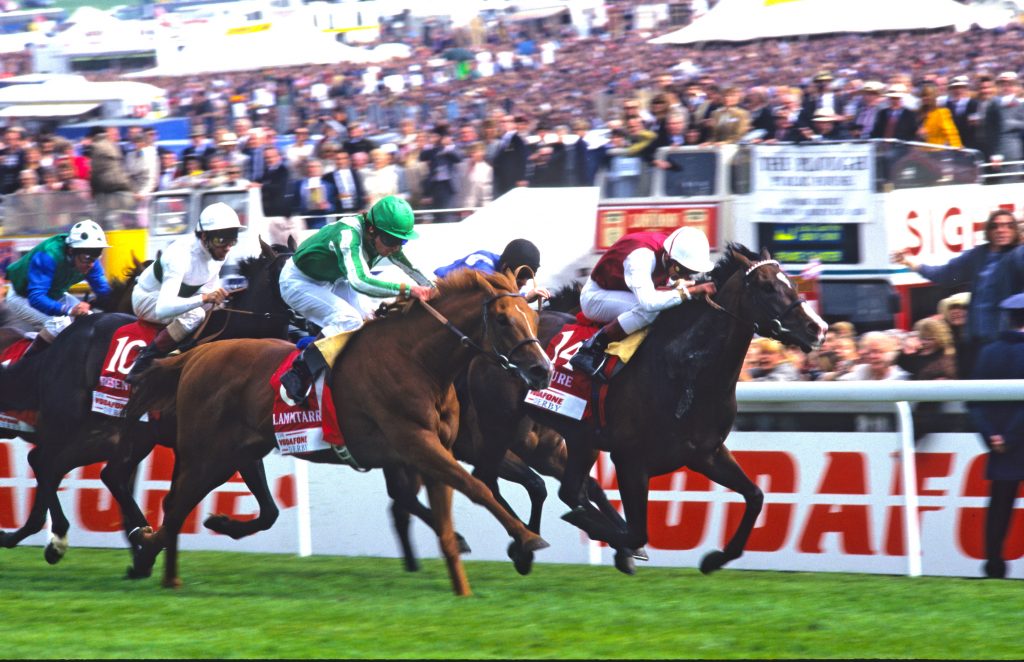 Lammtarra wins the first Derby run on a Saturday, a change that, in the words of Tony Morris was a ‘catastrophic blunder’

At a recent Newmarket meeting I came across an old pal whom I had not seen for yonks. And as friends of our vintage are apt to do, we reminisced about the old times, unsurprisingly agreeing that racing and breeding today were not a patch on what they were when we came into the game.

Now we had to conclude that racing was generally staged at an inconvenient time of day, when we are accustomed to taking our post-prandial nap. That was never an issue in our youth, but we could only put that down to anno domini. We could hardly blame anyone else for that.

But there have been so many changes over the last half-century or so, and at times I feel bound to ask: what have they done to my sport? What is left of the game that so fascinated me and caused me to fall in love with it as a lad?

What attracted me from the outset was the history, the fact that it had existed long before every other sporting pursuit was invented, and thrived not least because of traditions respected and kept sacrosanct over numerous generations.

While I am conscious that not all of our links with the past have been wantonly severed, it is undeniable that the powers that be in the 21st century care far less about tradition than their predecessors. And that makes me wonder whether the sport would capture my imagination and make me a lifetime adherent if I were a 12-year-old of 2018.

The sport that captivated me as a kid had a season topped by the Lincolnshire Handicap and tailed by the Manchester November Handicap, as tradition had dictated since anyone could remember. The Lincoln, when staged on the Carholme, attracted enormous interest, with an ante-post market busy throughout the winter, and in one year it attracted a field of 58.

The challenge was always most likely to represent a bookmaker’s benefit, but the multiplied odds proved a major incentive, and the press gave it plenty of attention, as they did over the Autumn Double, when the Cesarewitch and the Cambridgeshire – always run in that order, two weeks apart – were the races involved.

The Spring and Autumn Doubles had been such a feature of the punting year for so long that I could never have anticipated their disappearance. They are long gone now, unheard-of by younger generations.

The major handicaps were a big deal, sometimes contested by horses of real class, best exemplified by the fact that Gladness won the Gold Cup before landing the Ebor in 1958.

And they were proper handicaps, with weight ranges of three stone or more, affording chances to natural light-weight jockeys like Des Cullen, David East and Sammy Milbanks, a breed unknown these days.

One of my favourite handicaps was always the Great Metropolitan, contested over two and a quarter miles at the Epsom spring meeting.

Today’s racegoers would find it hard to imagine how the course could stage an event at that extreme distance.

The most eccentric race in the calendar started at the winning post, the field running the reverse way almost to Tattenham Corner, then taking a right turn and snaking its way across the downs before joining the main course again at the mile post.

I could never watch the Great Met without thinking of Virago, the filly who won it an hour after her victory in the City and Suburban Handicap in 1854. She won two more handicaps against older horses on consecutive days at York before her success in the 1,000 Guineas. They trained horses differently in those days.

But we still had tough horses in the 1950s and I recall two or three instances as late as the 1960s of horses running twice in one day, albeit without the results that Virago achieved. They came to no harm, but I suppose it was no surprise when the practice was outlawed.

There was quite a long dry spell in the summer of 1955, when most courses were reporting firm or even hard going, but that did not result in depleted fields. Horses coped with the conditions they found, and trainers had yet to become paranoid about underfoot conditions.

Then watering of courses was gradually introduced – everywhere except at Bath – and it is hardly coincidental that today’s breed is softer, less sound and more prone to injury.

All trainers of long experience have recognised a deterioration in those respects.

But we can’t blame tap-happy clerks for all the ills in the racehorse population. The breeding industry, so ordered and exemplary in the centuries when 40 mares constituted a full book, became nothing short of chaotic once books expanded into three figures with greed taking hold.

The percentage of sires who achieved real success remained as low as ever, while some stallions had 500 foals before they became recognised as failures.

No horse of the modern era can hope to match the achievements of Northern Dancer, who sired a remarkably high percentage of stakes winners while never having a crop larger than 36.

There were a number of prominent owner-breeders operating with success in the 1950s, but none was ever so dominant that others were discouraged from competing with them.

And nobody routinely reigned over the yearling market. Everyone could feel that they had a chance, something that cannot be said these days, when the super-rich boringly rule the roost.

We should, like Germany, have regulation in the breeding industry, with horses having to meet certain criteria, including ability over at least two seasons in training, conformation and soundness, to earn an opportunity at stud. But it’s a bit late for that. Restraint of trade, etc.

For 100 years there were separate governing bodies for Flat and National Hunt racing, which effectively and rightly acknowledged that they were two different sports.

It was a backward step to ditch that distinction, given that one form exists as a consequential part of a global bloodstock industry, while the other is a popular diversion with a limited profile outside Britain and Ireland.

One tradition that was absurdly abandoned, but might just be reinstated before long is the method of determining the jockeys’ title.

The season now runs from Guineas weekend to Champions Day, and to ignore a large chunk of it is living a lie. By next month there will have been four bogus champions, and I can but hope that the rumour of a return to sanity is correct.

The transfer of the Champion Stakes from its traditional Newmarket home to Ascot was unforgivable. The straight mile and a quarter on the quick-draining Rowley course made it a unique test, and it is simply not the same race going clockwise at a venue prone to soggy conditions at that time of year.

I don’t hold out much hope of a return to common sense in that case, and I’m no more confident over my last one.

But it needs saying again. Moving the Derby from Wednesday to Saturday was a catastrophic blunder, a classic example of self-harm.

On its midweek date it had a huge media profile, dominating the schedule as the day’s main event, and Epsom forfeited all that for a weekend slot where it would inevitably find competition from alternative attractions.

I have been present at more than 50 Derbys. If I had been growing up in the era of a Saturday Derby, would it have seemed special to me and made me one of its keenest supporters? 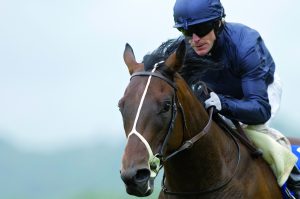 Up Next
Myboycharlie vastly outperforming his fee