Winning as a trainer is not just passing the post first

The Flat season has arrived and every trainer in the country is hoping to send out as many winners as possible in a bid to beat their previous year’s tally. Or are they? Jamie Osborne, now in his 20th season with a licence, takes a different view at his Lambourn base. The former jump jockey, associated with the likes of Travado and Large Action during a stellar riding career, knows that number of winners alone will not allow his business to prosper and retain owners, the lifeblood of the sport.

The man who came within a whisker of capturing the Breeders’ Cup Classic with Toast Of New York understands and accepts that selling on young horses for profit is the best way to make his operation viable – perhaps not surprising, given the poor state of prize-money at a number of racecourses in the UK at present.

“I’ve never been frightened to take a risk. That’s nearly broken me, but now it’s kind of good,” Osborne tells Chris Cook in a frank and fascinating interview.

“We’re dealing in enough horses that we’re going to have some nice, valuable ones. They might go completely under the radar, from the point of view of you in the press knowing about them, because they’ll be sold the minute they’ve done anything.

“Doing what I do, you have a choice between the Racing Post table and the balance sheet. John Gosden and co can have both, a healthy balance sheet and a sexy Racing Post table. Where I’m doing it, in that middle ground, buying commercial animals, I’ve got a choice. I can’t have both. If I choose to improve my stats, I’ll end up making less money.

“So, there’s no room for ego. But I had enough ego massage in the first half of my career. I’m not after that, I don’t care. When somebody goes and wins with one of my horses, even if they’ve claimed it off me, I am genuinely delighted.”

Osborne will no doubt be hoping to pick up some new recruits at the upcoming breeze-up sales, which will gauge market confidence in the bloodstock market after the uncertainty caused by Brexit.

As Nancy Sexton discovers, consignors are cautiously optimistic, with the exploits of a number of European breeze-up graduates, including Kentucky Derby contender War Of Will, set to attract increased numbers of buyers to this year’s round of auctions.

Osborne may no longer be involved in the jumps arena in which he used to ply his trade, but he did take to social media to give his view on the controversy surrounding the National Hunt Chase at this year’s Cheltenham Festival. In a contest in which only four of the 18 runners completed, three amateurs were banned, including Declan Lavery, who finished third on a horse deemed too tired to continue by the stewards on the day.

The BHA supported the decision to hand Lavery a ten-day suspension but the Disciplinary Panel overturned the verdict. As results go, this appeal was odds-on to succeed.

A new stewarding system was introduced in January, with the BHA promising it would raise the bar on professionalism and integrity. Since then we’ve had the wrong winner being called at Sandown’s Imperial Cup fixture and now jockeys being penalised for trying too hard.

Creating a negative news story during jump racing’s biggest celebration was unfortunate, to say the least. Equine welfare is more important than ever, as Nicholas Cooper discusses in April’s ROA Leader. However, there are more meaningful changes that could be brought in to improve conditions for horses in Britain, which already has the highest welfare standards of any racing jurisdiction in the world. Just ask Jamie Osborne. 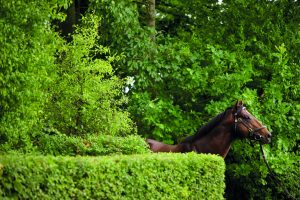 Up Next
Shaman shines light on Fall Aspen family