Switch to the all-weather invigorated this year’s renewal, won easily by Kameko

I’m probably not alone in being unhappy that much of the commercial sector of today’s racing and breeding industry is obsessed with fast and precocious two-year-olds, raising the possibility that British racing is destined to follow the American and Australian fixation with speed. It would be wrong, though, to think that this is a modern phenomenon.

I was reminded of this by the latest running of the Vertem Futurity Trophy, a race first instituted as the Timeform Gold Cup as long ago as 1961.

It is hard to imagine now that the introduction of this valuable mile contest was highly controversial. Two-year-old racing at that time was largely geared to speed. There were no seven-furlong races for two-year-olds at Newmarket’s July meeting or Goodwood’s main meeting at the end of July, so there was no Superlative Stakes or Vintage Stakes.

It is hard to believe now that Sandown’s National Stakes, contested over five furlongs in July, was worth considerably more than either the Coventry Stakes or the Queen Mary, offering £4,788 to the winner (the future Cheveley Park Stakes winner Display). Another which carried a substantial prize was Kempton’s Imperial Stakes, over six furlongs in September, but the ultimate objective for the two-year-old fillies was the six-furlong Cheveley Park Stakes, which carried a first prize of £5,507, with the Middle Park Stakes – sometimes referred to as the Two-Year-Old Derby – offering £5,672 to the winner a couple of weeks later.

There were a couple of token gestures to the more stoutly-bred juveniles. The Dewhurst Stakes, with a first prize of £4,309, was staged over seven furlongs on October 28, eight days after the Horris Hill Stakes, which was worth £2,339. The biggest test of stamina was the Royal Lodge Stakes over a mile, which in 1958 had been won by Cantelo, future winner of the St Leger, and in 1959 by St Paddy, who was to win both the Derby and St Leger.

The Royal Lodge carried a first prize of ‘only’ £3,520, and Phil Bull, the far-thinking founder of Timeform, thought the time was ripe for Britain to offer a major prize for two-year-olds with the potential to develop into Classic performers.

He was aware that Britain was lagging behind in this area, as other countries already had high-class two-year-old races over a distance demanding stamina. France had long had the Grand Criterium over a mile, while Germany’s Preis des Winterfavoriten had a history of over 60 years.

Consequently, the Timeform Gold Cup was introduced at Doncaster on October 21, carrying a mammoth first prize of £21,893, similar to the prize-money offered by the 2,000 Guineas. In a tight finish, victory went to Miralgo, who scored by a neck from the Royal Lodge winner Escort, with the next three places going to Prince Poppa, Romulus and Hethersett.

The essay on Miralgo in the following year’s Racehorses annual pointed out that “during the 1962 season, a good deal of rubbish was written about the Timeform Gold Cup. In the face of all the evidence it was freely alleged that a mile race for two-year-olds in October has a disastrous effect on their future. 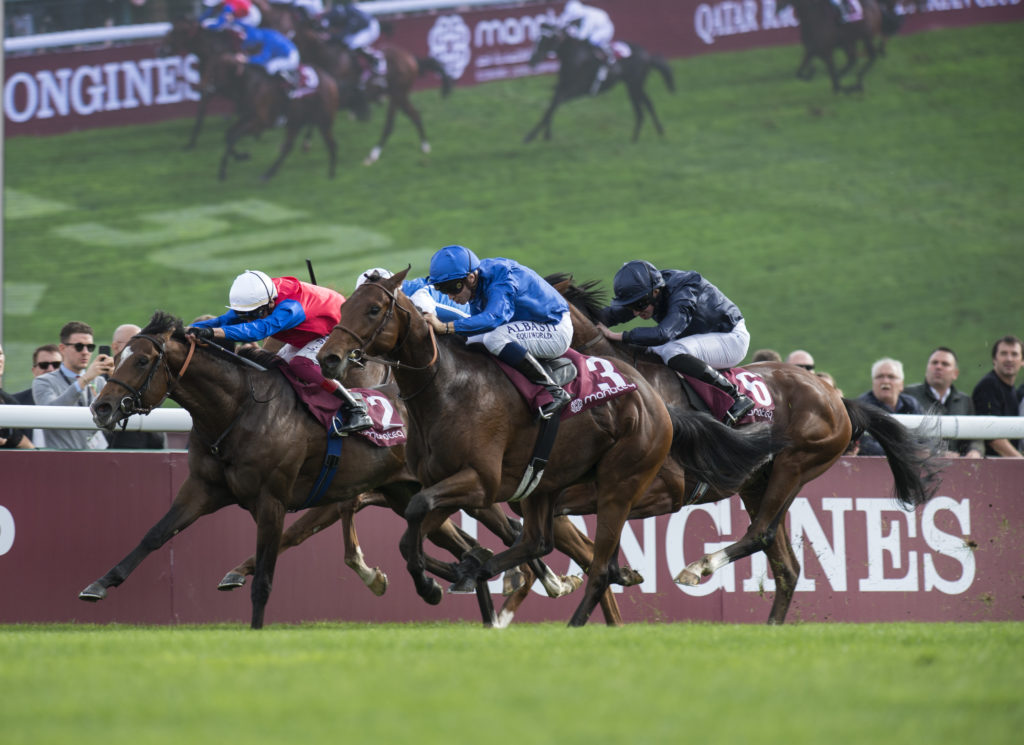 That was all very well; by judicious manipulation of those facts that fitted the theory a case of sorts could be made out, strong enough perhaps to convince those whose knowledge of racing is limited.

One could, and did, say that the first three in the Timeform Gold Cup had managed to win only one race between them as three-year-olds.”

This rather ignored the fact that Miralgo finished third behind Hethersett in the St Leger, having run him to a short head in the Great Voltigeur Stakes; that Romulus and Prince Poppa finished second and third in the 2,000 Guineas, with Romulus going on to become the champion miler; and that Escort finished fourth in the Derby behind Larkspur, a colt who had also contested the Timeform Gold Cup.

In a letter to the Sporting Life defending his brainchild, Bull wrote: “In 1960, with the solitary exception of the Royal Lodge Stakes, there wasn’t a single two-year-old event beyond six furlongs with more than £1,000 added.

At the same time he stressed that staying-bred youngsters were at a grave disadvantage with the sprint-bred Abernants, Whistlers, Grey Sovereigns and Golden Clouds – the era’s equivalents to such as Kodiac, Showcasing, Exceed And Excel, Acclamation and Dandy Man.

It is worth adding that Saxon Warrior’s success was gained at the expense of Roaring Lion, while Magna Grecia had Phoenix Of Spain in second and Circus Maximus in fourth.

This suggests that the now-Vertem Futurity Trophy is as relevant as it has ever been, but it was disappointing that the original line-up for the 2019 contest was limited to just six colts, five of them trained by Aidan O’Brien (with four of the O’Brien quintet being sons of Galileo).

Perhaps the fact that O’Brien had won nine of the last 22 editions was enough to deter his rival trainers, or perhaps it was the desperate state of the ground at Doncaster. 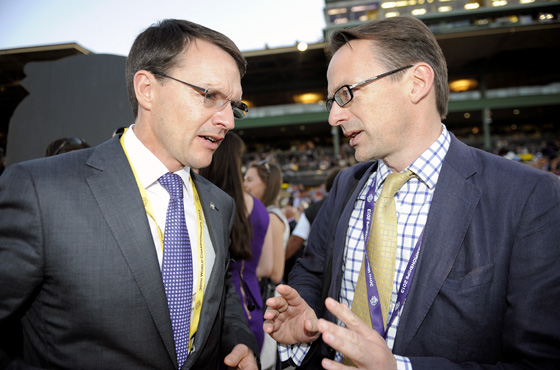 The latter theory gained credence when the race had to be transferred to Newcastle’s Tapeta track, because there were 11 runners after the race had been reopened.

Aidan O’Brien still had five contestants but it was Kameko, the one British-trained rival in the original entry, who proved comfortably the best, giving Andrew Balding his second win in six years.

Kameko’s success was also fitting, as this son of Kitten’s Joy is owned by Qatar Racing, who went close to defeating Saxon Warrior in 2017 with another Kitten’s Joy colt, the much-missed Roaring Lion.

Although I have enjoyed many a day’s racing at Doncaster, I wonder if there is a case for permanently moving the Futurity to Newcastle. With periods of torrential rain apparently more likely in these days of global warming, a switch to all-weather could protect this invaluable race.

Perhaps the French should also have considered switching their final Group 1 two-year-old races of the season to the all-weather tracks at Chantilly or Deauville.

After all, the best synthetic surfaces (with their impressive safety records) are no longer considered second-best, as was demonstrated by the 2018 September Stakes, which attracted Enable and Crystal Ocean.

The Criterium International, contested on heavy ground at Longchamp, became almost meaningless when the four entries were reduced to a mere two, leaving the German-bred Alson to thrash his old rival Armory.

That there were only four declared runners was shocking for a race which carried €250,000 in prize-money.

In the persistent tinkering with the French programme, we have seen the Grand Criterium (Prix Jean-Luc Lagardere) reduced from a mile to seven furlongs in 2001, with the Criterium International being introduced to fill the gap over a mile.

Apparently, this change wasn’t considered successful, as the Jean-Luc Lagardere was restored to its original distance in 2015, with the Criterium International being shortened to seven furlongs to compensate. 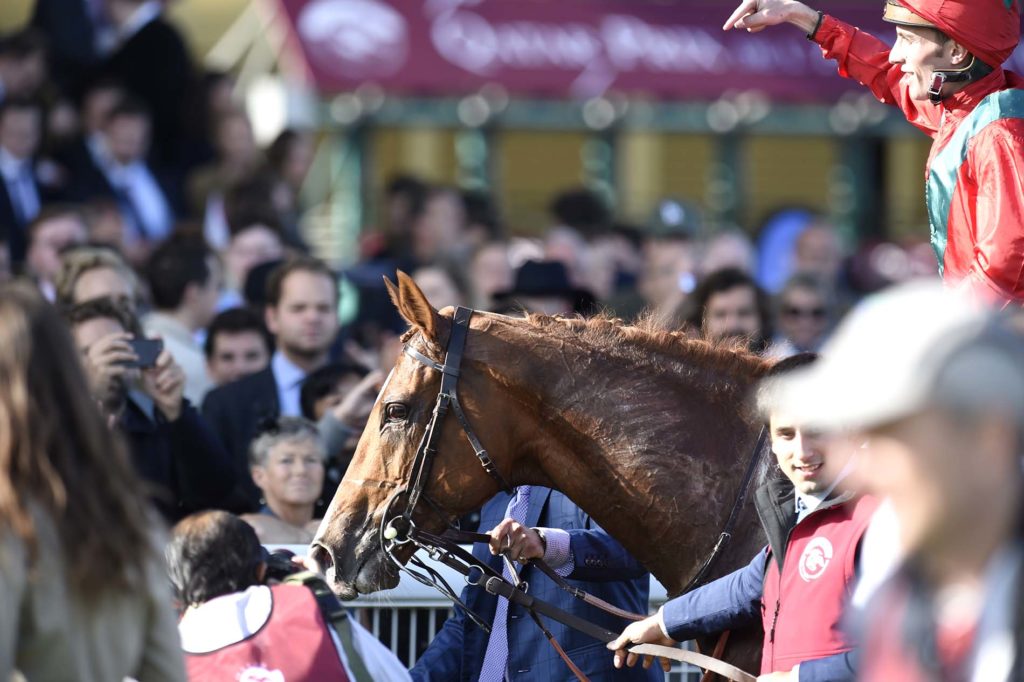 This year’s Arc hero Waldgeist was a previous winner of the Criterium International – Photo: George Selwyn

The International hasn’t had much luck in its new format, although the redoubtable Thunder Snow ran away with the 2016 race. The 2017 edition had to be abandoned because of protesters and the 2015 winner Johannes Vermeer and 2018 winner Royal Meeting were both off the course for the best part of a year after their Group 1 success.

One also has to wonder what impact, if any, the Breeders’ Cup Juvenile Turf is going to have on the Criterium International (and Vertem Futurity).

Of course, the Breeders’ Cup Juvenile Turf is far less accessible, especially now that more American-trained juveniles are starting their careers on turf, but it arguably confers much more prestige for a potential stallion.

At a mile and a quarter, the Criterium de Saint-Cloud is pretty much a one-off and free of competition, apart from Newmarket’s Zetland Stakes, which has gained Group 3 status following victories by the future Group 1 winners Coronet and Kew Gardens (who beat the future Derby second Dee Ex Bee in 2017).

The Criterium de Saint-Cloud probably hasn’t been helped by the decision to reduce the distance of the Prix du Jockey-Club from a mile and a half to ten and a half furlongs.

There was a time when it gave future Jockey-Club winners a chance to gain Group 1 status as two-year-olds, with Darshaan and Mouktar both taking the race in the early 1980s.

More recently its winners have included Fame And Glory and the 2019 Arc winner Waldgeist. It’s not impossible that the 2019 winner, Mkfancy, also has the makings of a leading middle-distance three-year-old, though he will have to prove that he is more than a mudlark. 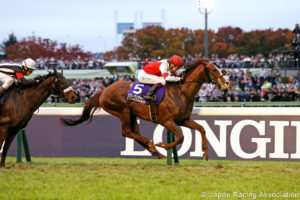 Up Next
Big year for Heart's Cry