Thunder out on his own

As the dust settles on another season, one name stands out among this year’s leading European first-crop sires – Night Of Thunder.

When Keep Busy landed the Listed Prix Yacowlef at Chantilly on November 12, she became the seventh stakes winner from the first crop of Saeed Manana’s 2,000 Guineas winner, thereby ensuring that the Darley stallion matched the previous record set by Fasliyev in 2003.

Along the way, there has been a Group 2 winner in Night Colours (won Premio Dormello) and a pair of Group 3-winning fillies in Pocket Square (won Prix des Reservoirs) and Under The Stars (won Princess Margaret Stakes). Cacciante, Molatham and Thunderous have also struck at Listed level alongside Keep Busy while another quartet – Lady Penelope, Magical Journey, Sun Power and Thunderspeed – have been stakes-placed.

All of which means that 25.5 per cent of Night Of Thunder’s starters across Europe are already black-type runners, which in turn complements his impressive winners to runners strike-rate of 63 per cent – that figure has not dipped below 50 per cent since the start of the summer.

While it’s probably too early to be drawing any firm conclusions regarding Night Of Thunder’s stock, Keep Busy does seem to be fairly typical of the sire as a tough, genuine filly with an excellent attitude. The Prix Yacowlef was her 11th outing of the year and her third win, and despite racing as early as April, she has done nothing but improve in recent starts.

As such, the son of Dubawi has earned a deserved fee increase to €25,000 for 2020, when he will once again be standing at Kildangan Stud in Ireland, his base in 2016 and 2017. By all accounts, demand to secure a slot in next year’s book is fierce but given the high regard in which trainers seemingly hold his progeny, that would appear to be justified.

In what was a significant year for the Dubawi sire line, there was also a bold first showing by Ballylinch Stud’s Make Believe, the only son of Makfi at stud worldwide.

The 2015 Poule d’Essai des Poulains and Prix de la Foret hero fired in three stakes winners, starting with the tough Rose Of Kildare, who landed the Firth Of Clyde and Oh So Sharp Stakes within a three-week autumnal period. 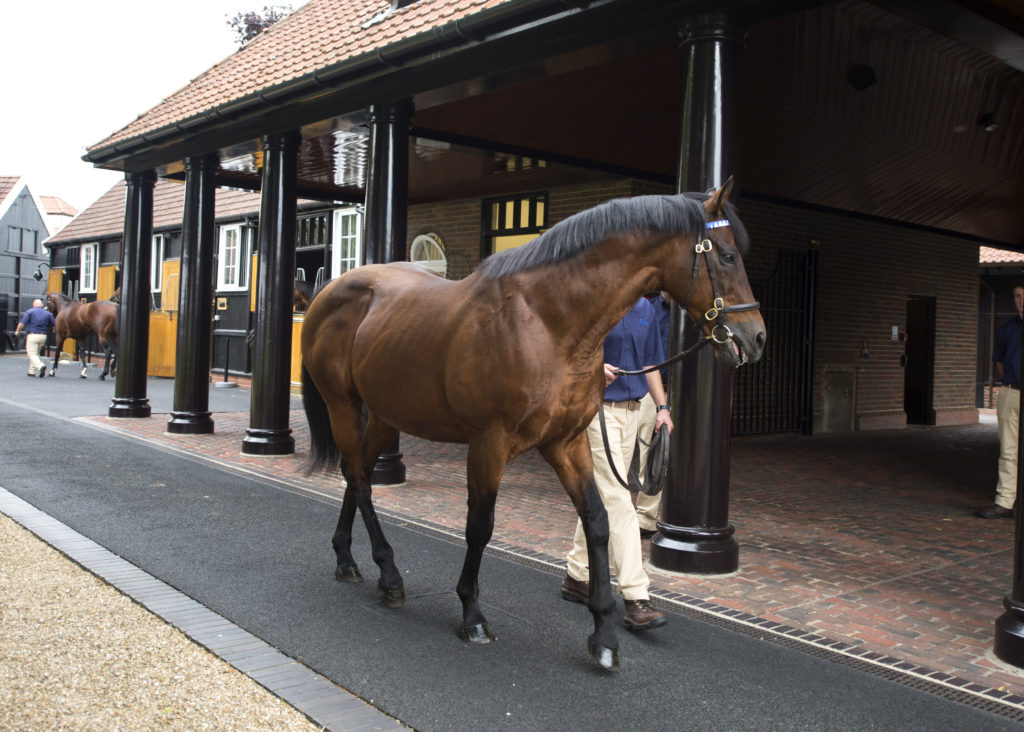 Dubawi is the sire of Makfi – Photo: George Selwyn

Those performances turned out to be the opening acts of an excellent back-end period for Make Believe that also came to include victories by Ocean Fantasy in the Preis der Winterkonigin and Tammani in the Prix Isonomy.

Another representative, Mishriff, looked potentially smart when breaking his maiden by ten lengths at Nottingham on the same day that So Suave won his second start at Dundalk.

In all, it was a highly promising start for a horse who himself improved 36lb on Racing Post ratings from two to three years.

The British stallion scene also had something to celebrate in the emergence of both Due Diligence, another to fire in three first-crop stakes winners, and Cable Bay, yet another exciting sire son of Invincible Spirit, as two of the season’s breakthrough names.

Whitsbury Manor Stud’s Due Diligence, who stood his first season for just £6,500, was the first freshman off the stakes mark when his strapping daughter Good Vibes landed the Marygate Stakes at York. Subsequently successful in the Cornwallis Stakes at Newmarket, Good Vibes contributed to a fine year for her sire that also included Sirenia Stakes winner Streamline and Blenheim Stakes winner Sir Boris.

Combined with an overall winners to runners ratio of 37 per cent, it was a start that highlighted Due Diligence as one of the best sire sons of War Front out there so far following several early disappointments.

“Cable Bay is the sire of 24 first-crop winners overall”

Highclere Stud’s Cable Bay, winner of the Challenge Stakes, was another to stand his first season for £6,500 and after making a fine impression at the sales, hit the ground running as his first runners took to the track.

His first runner, Electric Ladyland, scored on debut at Lingfield in early April and by the time Royal Ascot rolled around, another representative, Liberty Beach, had identified herself as well above average.

Liberty Beach followed up a fine fourth in the Queen Mary Stakes with victories in the Molecomb and Dragon Stakes. Others, such as Ropey Guest (surely the best maiden in training), Jouska and Separate, also ended the season as Group 3-placed.

As Owner Breeder’s leading European sires’ list shows, Cable Bay is the sire of 24 first-crop winners overall and the earners of close to £700,000, enough to place him in second behind Night Of Thunder.

Gleneagles living up to heritage

If ever a stallion was bred to succeed, it was Gleneagles. An exceptional two-year-old and miler, Coolmore’s son of Galileo is supported by one of the best families in the book as a son of You’resothrilling, a Group 2-winning half-sister to American champion sire Giant’s Causeway and leading New York-based stallion Freud.

The early indications point to Gleneagles living up to his heritage with his first two-year-olds yielding a pair of Group 2 winners in Royal Dornoch, who defeated Kameko in the Royal Lodge Stakes, and Royal Lytham, winner of the July Stakes. In all, his first crop contains seven stakes horses while a tally of 24 winners provides him with a 44 per cent winners to runners strike-rate, a figure that places him within the top four of his generation based in Europe (with more than ten runners).

Gleneagles’ own profile points to the prospect of his progeny progressing as time goes on and it would be no surprise to see his progeny acquit themselves well in some of the major events next year. 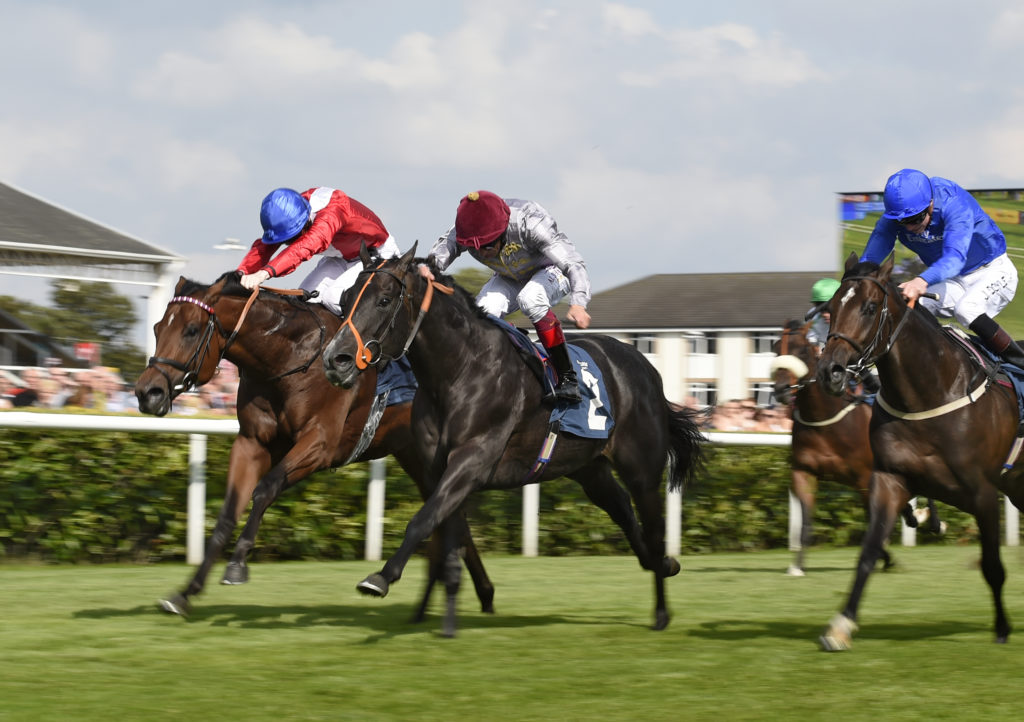 In terms of output, however, the majority of this group couldn’t hold a candle for much of this year to Yeomanstown Stud’s Gutaifan.

The son of Dark Angel was expected to throw early types as a fast two-year-old himself and he has been duly quick off the mark as the sire of 27 winners to date. They include Graceful Magic, who fell only half a length short of victory in the Firth Of Clyde Stakes.

Gutaifan currently lies in fourth on the leading European first-crop sires’ table ahead of another quick two-year-old, Anjaal. Potentially a valuable outcross as a member of the Young Generation sire line, Rathasker Stud’s son of Bahamian Bounty had his prize-money haul enhanced by the success of Bettys Hope in the £150,000 Weatherbys Super Sprint at Newbury back in July.

Promise in those later maturers

Golden Horn only ran the once himself at two when successful in a Nottingham maiden ahead of his glittering three-year-old campaign, so it bodes well that his first juveniles included two stakes winners in West End Girl (won Sweet Solera Stakes) and Festive Star (won Premio Coolmore).

As you might expect, there are also a number of promising youngsters waiting in the wings for the sire, notably the well-regarded Newcastle winner Cape Palace and Domino Darling, who led home a one-two for Golden Horn when defeating Gold Wand on debut at Doncaster in October.

Of course, Golden Horn was one of the more expensive new recruits of 2016 alongside champion sprinter Muhaarar. Shadwell’s son of Oasis Dream was slow enough to hit his stride considering the horse himself won the Gimcrack Stakes as a two-year-old but several of his progeny have shown promise, among them the Group 3-placed Unforgetable and Ascot debut winner Enemy.

We will also undoubtedly be hearing more of the Kentucky-based American Pharoah, the American Triple Crown hero whose European representatives include Prix du Bois winner Maven, and Karakontie, whose unbeaten son Kenzai Warrior looked a legitimate Classic contender for 2020 when winning the Horris Hill Stakes at Newmarket.

Zoë Vicarage spoke to Kenzai Warrior’s co-owner Rae Borras to find out more about how they ended up with the leading prospect. You can read the piece here. 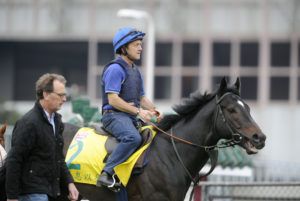 Up Next
Dansili line given shot in arm