IT was shortly after I had changed my order at the newsagent’s, ditching Tiger and taking the Sporting Chronicle Handicap Book instead. Aged thirteen, I had ceased to care about the trials, tribulations and triumphs of Roy of the Rovers, and I now needed a weekly fix from the adult world of the Turf, which had taken over as the main focus of my young life.

It was undoubtedly the history of racing – so much longer and more fascinating than that of any other sport – that interested me most, but I also had an urge to follow closely what was happening in the present, the history to come, as it were. It was all frightfully grown up and, of course, it made me different; here was a subject in which I had to be top of the class, my knowledge far surpassing that of any of my schoolmates, who knew nothing about it and cared even less.

My Handicap Book studies were necessarily a solitary exercise, and there seemed little point in mentioning them to any of my pals, who obviously weren’t going to be interested. But alongside the form and the programmes of races to come, there were also numerous advertisements, including one which appeared every week from a chap who evidently did not know how to tip a loser. 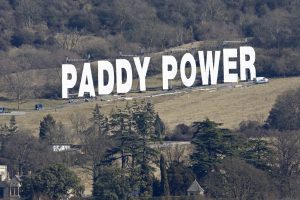 His ad featured a long list of the selections he had given to his clients in recent weeks, and, would you believe it, they had all won. I could have his cast-iron information for next week for the pittance of £2!

That was all well and fine except for the fact that £2 amounted to rather more than a pittance for me. There were other demands on my paper round wages, and there was no way I could raise the necessary in a hurry on my own. I needed a partner.

Out of the kindness of my heart I offered the opportunity to join me in this evidently foolproof get-rich-quick scheme to my pal Phil Jones, with whom I used to cycle to school. I knew that he was an only child and the beneficiary of ample pocket money from generous parents, making him an ideal partner for a joint venture.

I told Phil all about it and explained how easy it would be to place our bets – by post with a Turf accountant who would have no idea we were under-age. As I’d hoped, he was game and we hatched a plan. We would wait for two or three weeks, which would give us time to raise both the £2 and a sum we could invest on the rock-solid info. If we needed any further encouragement, it soon came: over the next fortnight the fellow’s winning streak continued. Still no losers!

The day to take the plunge arrived. I sent off our postal order and by return came the letter supposed to bring us riches. But it wasn’t quite what I had naively expected – the names of two horses who were going to win at remunerative odds. Instead it included a staking plan which neither of us could understand, but would evidently require us to make multiple bets on umpteen horses.

That was not something we were geared up for, and we had to recognise that we had been conned. We could never work out how it was that the guy could claim in his next ad that he’d contrived yet another successful week, naming two selections and two winners.

Traps shut…until now!
What could we do? If we tried to complain we had been ripped off, we would risk being exposed as law-breakers, under-age punters, and the repercussions might be catastrophic. Best to keep quiet about it – which I have done until now, close on 60 years later.

At some time in the 1970s I actually met the guy who had swindled us. I was introduced to him by the advertisement manager of The Sporting Life, who had known him as a rogue tipster for ages. It was a bit late to be asking for a refund, and did I really want to admit how easily I had been duped?

Of course, I recognise that episode as a lesson well learnt now. It helped to ensure that I never became a serious gambler, that I was always wary of ‘information,’ and that I never bet more than I could afford to lose. The strategy I developed was never to invest less than a certain amount, because small stakes were never going to make much difference to my bank account. Over a period I raised the sum from a tenner to a score and finally to £50, which explains why now, as a pensioner, I have ceased to be a punter.

All the above provides proof that I have been lucky. I was never going to become addicted to betting after that early experience, and I can watch TV adverts for bookmakers without ever feeling the slightest temptation to succumb to any ‘great offer’ they might make.

Others are not so fortunate. It is impossible to deny that compulsive gambling represents a significant problem in our society, and it is perfectly understandable that the government could remove bookmakers’ advertisements from our screens during the afternoon, when impressionable young viewers may be watching.

But what seems an admirable and laudable proposal promises to have devastating consequences for racing, and not least for ITV, which recently invested millions to acquire sole rights to terrestrial broadcasting of the sport from 2017 to 2020. The company would not have contemplated such a move if it had been aware of the slightest suggestion that bookmakers’ advertisements might be banned. Its business plan makes no sense at all if revenue from bookmakers is barred.

It did not take long for elements in racing to react to the story, which was broken with banner headline treatment on the front page of The Times. The BHA’s spokesman suggested that “as part of any consultation, racing would be united in making strong representations for an exemption for horseracing content.” And he added that such representations “would be based around racing’s obvious interdependence with betting compared to other sports, and the nature of its TV coverage.”

ITV’s own immediate reaction was to point out that the company takes its responsibilities to viewers very seriously, and that its compliance with all advertising codes relating to gambling has been 100%. Its spokesman argued that strict controls were already in place to govern the content of gambling advertising. Not only were ads governed by the UK Code of Broadcast Advertising; the industry itself had also developed its own set of regulations to protect viewers, particularly children.

Those observations were all well and fine, but they hardly addressed the issue. If the government decides that bookmaker advertising during daytime TV racing has the potential to represent a contributory factor to gambling addiction, better counter-arguments will be required.

Can racing persuade the lawmakers that it deserves to be treated as a special case? Can it convince the general public that its stance does not mean that it couldn’t care less about the very real social problem of compulsive gambling? There will be a need for diplomacy of a high order.

Interestingly, there is a distinct perception that most cases of gambling addiction are related to the Fixed Odds Betting Terminals that now appear to constitute a substantial proportion of revenue for betting shops. But has anyone ever seen an ad for the FOBTs? I don’t think there is, or ever was, such a thing. It is necessary to enter a betting shop to find that temptation.

Up Next
Dubawi dominance a feature of autumn