Zamindar ever relevant thanks to leading names
Exclusive Columns

The $184 million horse – a historic moment for the sport

The word ‘great’ can be bandied around easily in our industry when it comes to horses. Yet there is no doubt that those present for Flightline’s win in last month’s Breeders’ Cup Classic at Keeneland witnessed a performance worthy of such exalted praise.

The world’s highest-rated horse and one who has regularly drawn comparisons to various American iconic champions of the past, Flightline is one of those rare horses who has lived up to expectations every step of the way.

He was bred to be good as a son of champion sire Tapit and the Grade 1-placed Feathered, whose sire Indian Charlie continues to exert a positive influence on the breed. He was a $1 million Fasig-Tipton Saratoga yearling, when knocked down to West Point Thoroughbreds, and although a superficial hindquarter injury (suffered when he hit a stall latch) derailed the early part of his career, he rapidly made up for lost time to reel off four consecutive Grade 1 victories for trainer John Sadler capped by his Breeders’ Cup romp. Six lengths was his smallest winning margin while his eight-and-a-quarter length win in the Classic, in which he put away the likes of Life Is Good, Rich Strike, Olympiad and Happy Saver with such ruthless efficiency, is the widest ever margin recorded in the race. The only knock is the brevity of his career, which took in just six starts and covered a total of just under ten minutes.

One of the associated questions with such a horse will always be value. As Flightline thundered through the past campaign, the industry went into overdrive, with whispers placing him north of $50 million and beyond. And the Breeders’ Cup performance naturally served to propel that value even further.

For years, the benchmark had been the reported $70 million paid by Coolmore for the Kentucky Derby winner Fusaichi Pegasus back in 2000. Similarly, Coolmore and its associates acquired Triple Crown winner Justify for around the same mark in 2018.

In the weeks leading up to the Breeders’ Cup, it was announced that Flightline would retire to stand at the Farish family’s Lane’s End Farm in Kentucky. Then as the race drew closer, it was revealed that a 2.5 per cent fractional interest in the horse would be offered as Lot 1F at the Keeneland November Sale. The share was put up for auction on behalf of Terry Finley’s West Point group, which owns seven shares in a 40-share syndicate alongside Kosta Hronis and family (15 shares), breeder Jane Lyon (10 shares), Bill Farish and partners’ Woodford Racing (four shares) and Anthony Manganaro’s Siena Farm (four shares).

There was an opening bid of $500,000 before a flurry of shouts rapidly pushed it well into seven-figure territory – $2 million, $3 million, $4 million. By that stage, it was a battle between the Coolmore team and Brookdale Farm’s Fred Seitz, and as the bidding hit $4.6 million, Coolmore cried enough, leaving Seitz to sign the ticket

It was out of the box thinking that not only offered an insight into Flightline’s potential value but also into the future, with the innovative auction featuring a first-of-its-kind Metaverse experience designed to give participants a front-row seat in a virtual sales ring hosted on Spatial and accessible via Oculus.

Come midday of the opening session at Keeneland and the champagne was flowing, 45 people had pre-registered to bid and the sale ring, which accommodates 700 seated people, was packed to the rafters.

As a computer-generated version of Flightline filled the pavilion’s video board, there was an opening bid of $500,000 before a flurry of shouts rapidly pushed it well into seven-figure territory – $2 million, $3 million, $4 million. By that stage, it was a battle between the Coolmore team and Brookdale Farm’s Fred Seitz, and as the bidding hit $4.6 million, Coolmore cried enough, leaving Seitz to sign the ticket on behalf of an undisclosed client reportedly based in Seattle.

It was a historic moment for the sport and one that placed Flightline’s value at an astronomical $184 million.

Of course, in these rare instances, actual values go out the window. Owning a piece of Flightline is laden with prestige, in a similar vein to owning a piece of great art. However, as any breeder or owner knows, indulging in racehorses and bloodstock comes with a heightened element of risk – as with any young stallion prospect, Flightline is not immune to that.

But even with those figures on his head, he certainly has the cards stacked in his favour more than most; not only is there his brilliance, something that places in him in the same rarefied air as Secretariat, but his pedigree, which represents a blend of several of America’s most powerful influences, and good looks. He is due to start his stud career at Lane’s End at a fee of $200,000, the same level set for Triple Crown winner American Pharoah at Ashford Stud in 2016 and champion two-year-old Devil’s Bag at Claiborne Farm in 1985. In turn, he is odds-on to attract an outstanding book of mares; indeed, buyers were busy stocking up on potential mates at the Fasig-Tipton and Keeneland November Sales, most notably Jane Lyon, who paid $1.7 million for the Grade 1-placed Edgeway.

It will be fascinating to watch how his second career unfolds. But for now, Flightline leaves us with memories of a spectacular career defined by utter brilliance. 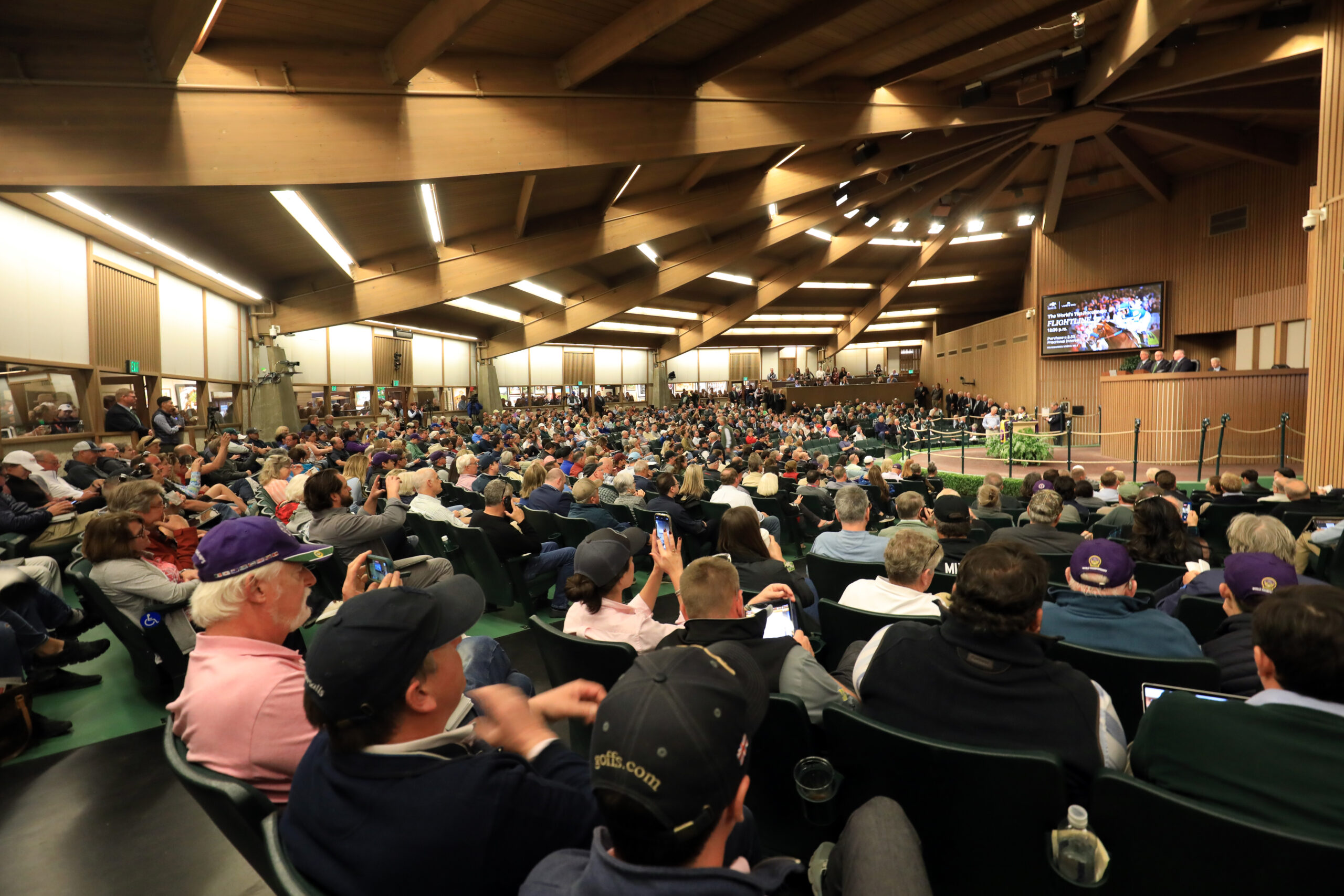 The fractional interest in Flightline sells in front of a packed Keeneland ring. Photo – Keeneland 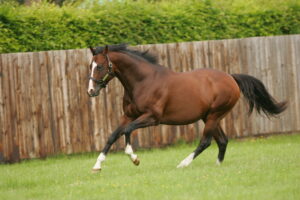 Up Next
Zamindar ever relevant thanks to leading names