Positive headline sales figures often disguise a malaise elsewhere in the bloodstock marketplace, but that is not a claim that can be laid at Tattersalls’ door after their recording-breaking December Mare Sale. Its aggregate of 80,831,200gns and average of 117,147gns simply blew the previous best numbers out of the water. For the record the previous best aggregate of 69,613,500gns was achieved in 2007, when five mares sold for three million guineas or more, and the best average of 101,208gns was five years ago.

This year, everyone benefitted from the surge in demand for high quality breeding stock and buyers in every sector were forced to adjust their valuations accordingly. Money flowed down and lifted all sectors of the market. As the top ten per cent average price swelled by 63%, it ensured that all other segments also benefitted to the tune of 39%, 23%, 24%, 25%, 30%, 32%, 35%, 16% and 18% for each subsequent decile. Tattersalls have indeed set a very high bar for future versions of this sale.

Goffs, too, had a very successful 2022 version of its own breeding stock sale, the total revenue of €16.2 million creating substantial increases in average price throughout all deciles of the market, ranging from 18% to 46%.

And what about Arqana last month? Not only did it stage its highest grossing sale ever with record revenues of €58.4m – comfortably ahead of last year’s €42m – it also posted its highest ever price in the €3.2m paid by Moyglare Stud Farm for Mehmas’s daughter Malavath.

Given this exaggerated demand for prime breeding stock from around the world at these three venues, the key relationship between a mare’s price and the cost of the nomination to put her in foal should have been improved too. But there is still a claim to be made that far too many mares are being over-covered. In a booming market, why should only 27% of the 1,029 in-foal mares at the three main auctions bring a price that is three times the advertised nomination fee for the foal they are carrying?

More sobering is the fact that 30% of the in-foal mares sold at Tattersalls, Goffs and Arqana this year made less than their covering sires’ nomination fee. That is a salutary lesson for breeders and one that must always be borne in mind when planning future matings. It is a direct consequence of ever more mares visiting expensive stallions, something which has been the trend over the past five seasons or so. Still, one person’s loss is another’s gain and there are quite a few investors out there that have bagged not just a future foal or yearling to sell at a knock-down price, but a broodmare as well.

For the record, there was only one covering sire with a 100% record when it came to the three-times-fee general rule and that was Coolmore’s Sottsass. The average price paid for his five in-foal mares, at £184,800, wasn’t the highest by any means but the mares were carrying foals conceived at just €25,000.

The sire who topped the three sales by average price was Nathaniel, simply by dint of being the covering sire of MV Magnier’s 1,900,000-guinea purchase Desert Berry, the dam of Nathaniel’s Derby-winning son Desert Crown.

The leading sire with five or more in-foal mares sold this autumn was Frankel. His average price of £599,535 was just about three times his fee, but the buyers of Oasis Dream’s daughter Atone, from a fabulous Juddmonte family, at 300,000gns, will have felt like they got a bargain, as will the buyers of the €300,000 High Chaparral mare Anabasis at Arqana. Overall, four of the seven in foal to Frankel made three times the covering fee.

Coolmore’s first-season covering sire St Mark’s Basilica was also extremely popular, his seven in-foal mares bringing an average price £513,405, nine times his opening asking price of €65,000. Unsurprisingly, five of the seven brought excellent returns for their vendors, headed by the 1,400,000 guineas for the lightly raced Listed-winning Love Is You by Kingman, part of the Normandie Stud dispersal.

His one disappointing return was Home Sweet Aspen at Goffs. This American Grade 1 winner by Candy Ride hasn’t struck gold yet with several US-bred foals, but she could turn out to be a bargain at only €49,000.

St Mark’s Basilica’s sire Siyouni produced a decent return on his €150,000 covering fee, with all six of his in-foal mares recouping the nomination fee and four bringing the ideal three-times fee price. The star of his seven was the Montjeu mare Let’s Misbehave, who sold for €920,000 to BBA Ireland.

There were plenty in foal to Coolmore’s Wootton Bassett put through the ring, his 15 generating an average price of £458,525. Given that he is getting access to ever more Galileo mares, the broodmare sire of his National Stakes hero Al Riffa, it was no surprise that nine of his offerings were mares by the great sire, while one more was by his son Teofilo and another by his half-brother Sea The Stars. His four top-priced mares were all by Galileo, including the Arqana duo Glinting (€925,000) and One Way (€870,000). These mares are from a stellar book – his first at €150,000 – and one that contained more elite mares than any other European stallion this year.

There is no question that the recent increase in Lope De Vega’s fee to €125,000 will put pressure on his commerciality. The Ballylinch Stud stallion has always been among the most lucrative sires at the sales as he rose through the fee ranks. Now in the big league, breeders will need to be sure to send him mares worthy of his fee. Five of the mares in foal to him sold for more than their fee and three of the six made triple their conception fee, led by the 560,000gns Maurimo, a winning Kingman half-sister to Group 1 winners Star Catcher and Cannock Chase. No Nay Never also did well, with five of his seven making three times the fee.

Finally, a special mention must go to Haras de Bonneval’s Zarak, whose €25,000 fee was eclipsed by all 12 of the mares carrying to him, with nine meeting the three-times-fee standard. 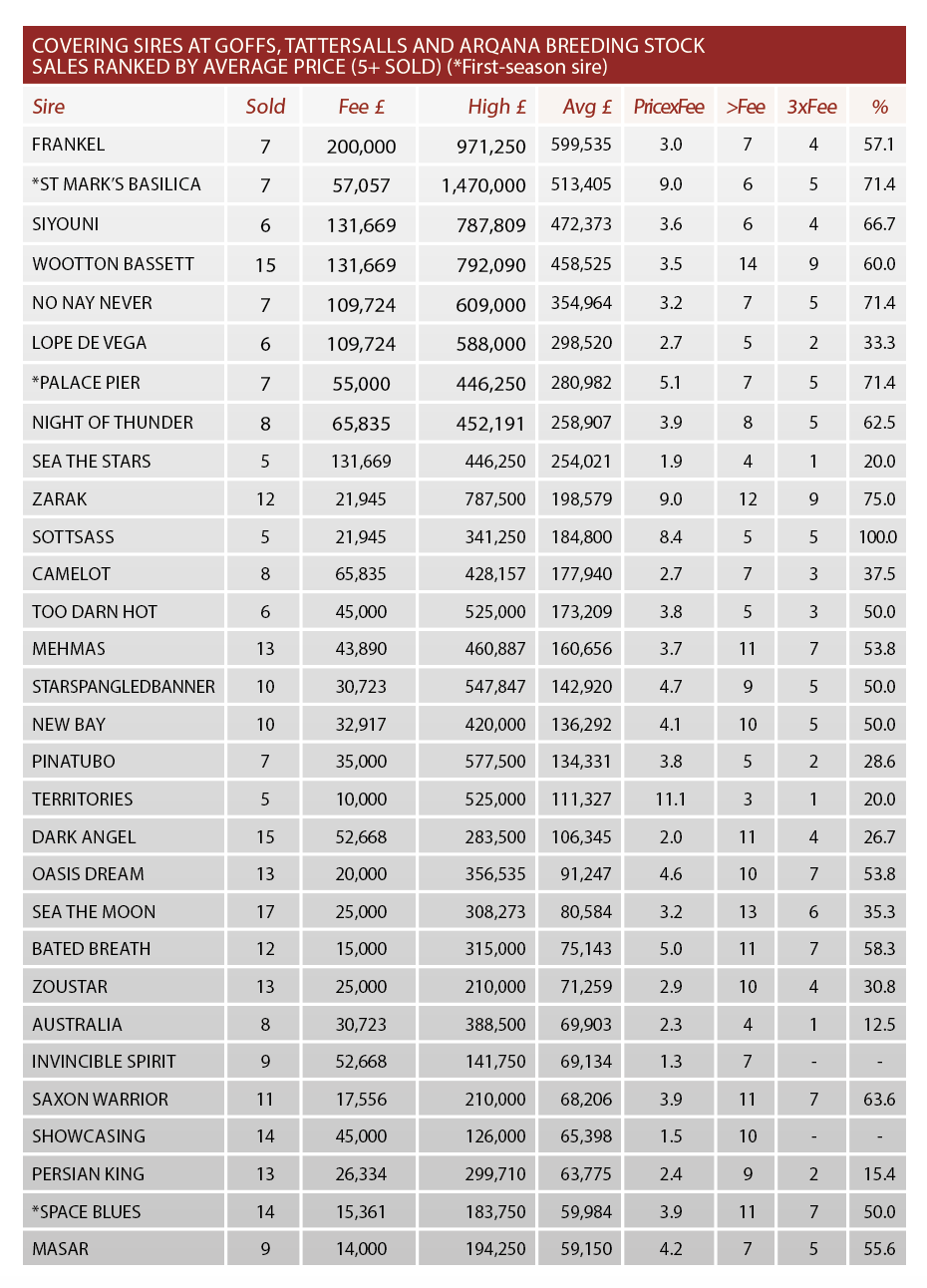 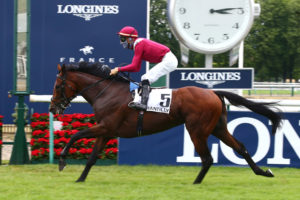 Up Next
Small World