Reckoning remains the gift that keeps giving as far as Susan and Barry Hearn of Mascalls Stud are concerned.

It required an outlay of 160,000gns for the stud to secure the daughter of Danehill Dancer when she came up for auction at the 2014 Tattersalls December Sale. Yet that valuation befitted a profile that consisted of multiple Listed placings on the track, a popular black-type family and a covering to Dawn Approach, then at the outset of his stud career.

Fast forward seven years and the mare would now be regarded as a valuable asset for any operation, let alone a select British outfit. With the assistance of trainer Mark Johnston she has evolved into a multiple stakes producer, and a current one at that thanks to the exploits of Thursday’s Gold Cup winner Subjectivist, his high-class older three-parts brother Sir Ron Priestley and Group 2-placed Alba Rose.

Each also represent different sires. Subjectivist is one of 21 Group 1 winners by Darley’s Teofilo, whose other high-profile stayers include last year’s Melbourne Cup hero Twilight Payment, while Sir Ron Priestley hails from the first crop of Australia. And in a further credit to her dam, Alba Rose is one of the best sired so far by Muhaarar.

Even allowing for the fact that many of Mark Johnston’s horses tend to be tough beasts, there is an additional hardiness to the trio that would appear to place Reckoning in a positive light.

Subjectivist is the most accomplished of the trio with his six wins encompassing Group 1 successes in last year’s Prix Royal-Oak on bottomless ground and Thursday’s Gold Cup run when Ascot was riding good to firm and blissfully unaware of the forthcoming deluge that would threaten racing less than 24 hours later. Still only four-years-old, he is a stayer in possession of a big change of foot and a relentless galloper once he hits top gear. In other words, a champion stayer in the making.

Sir Ron Priestley has also acquitted himself well in Group 1 company, notably when second in the 2019 St Leger. However, injury put paid to his four-year-old campaign and it is to the credit of the horse and his connections that he has managed to come back as an important player within the older middle-distance division this season; although unplaced in Saturday’s Hardwicke Stakes, he had previously captured this year’s Jockey Club Stakes at Newmarket and Further Flight Stakes at Nottingham.

Reckoning herself was a smart filly over ten furlongs for Lord Vestey and Jeremy Noseda, winning her sole juvenile start at Doncaster before running placed in the Listed Gillies Fillies’ Stakes on her next start over a year later. She continued to make up for lost time at four, with further placings in the Listed Festival and Hoppings Stakes – when beaten only a head – coming her way.

Reckoning was bred by Pat Byrne out of Great Hope, a winning daughter of Halling whose six other winners include the Grade 3-placed Hope Cross. The immediate reaches of this family are not short of winners, but the real appeal lies under Reckoning’s third dam, La Meilleure – and in a year when Jim Bolger has never been far away from the action, it is appropriate that this is a family that also carries his prints. 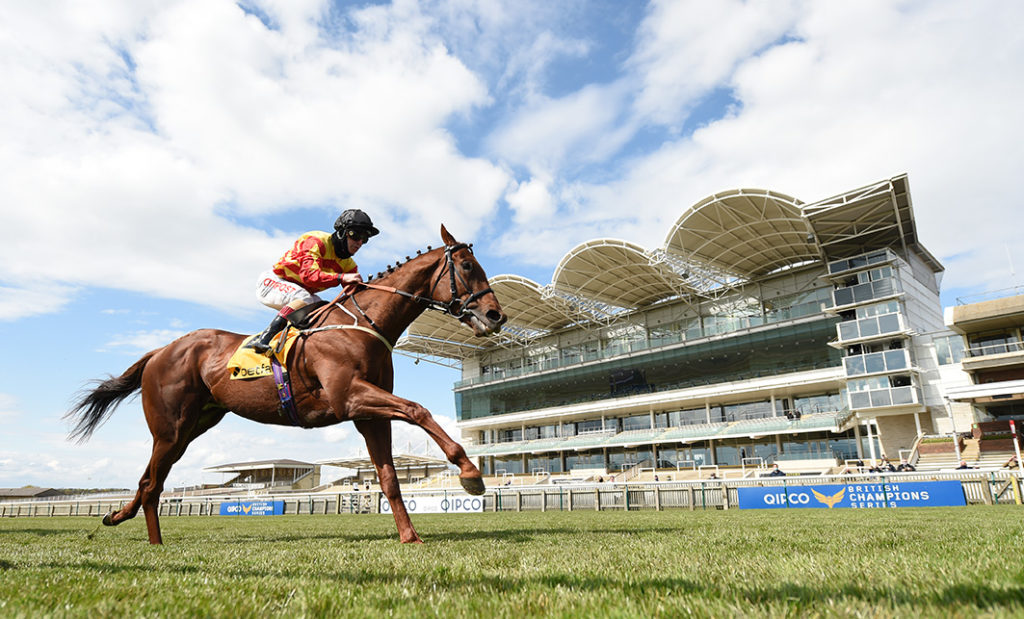 All the while, Bolger has dipped back into other areas of the Fanghorn dynasty. While La Meilleure descends from the mare via her 1974 Lorenzaccio daughter Gradiva, Fanghorn’s 1976 filly Galka, a Group 3-placed daughter of Deep Diver, is the ancestress of Bolger’s Group 1-winning two-year-old Loch Garman – another by Teofilo – and his Group 3-winning filly Rehn’s Nest.

Then there is the line belonging to Fanghorn’s final foal Smaoineamh. By Tap On Wood, Smaoineamh was a Listed winner for the trainer whose clan today encompasses Bolger’s top two-year-old Verbal Dexterity alongside his Group 3 winners Cuis Ghaire, Scintillula and Tobann.

This isn’t a family that is short on stamina but plenty, such as Verbal Dexterity, Intense Focus and Skitter Scatter, have also been smart at two as well. Going back to Reckoning, her burgeoning stud record tells a similar story.

“In a year when Jim Bolger has never been far away from the action, it is appropriate that this is a family that also carries his prints”

Given Bolger’s association with Teofilo, the Fanghorn family has understandably received plenty of exposure to the Darley stallion and indeed Subjectivist is one of five stakes-winning descendants of the mare to be sired by him.

In the case of Subjectivist, the cross results in 3×4 inbreeding to Sadler’s Wells and 3×3 inbreeding to Danehill. Additionally, Reckoning herself is inbred to 3×4 to Sharpen Up.

Inbreeding to both Sadler’s Wells and Danehill is understandably becoming more prevalent as time goes on. Of course, the idea of doubling up on Sadler’s Wells was a major element in the background of Enable and in addition to Subjectivist, was also to the fore on Thursday within the pedigree of Ribblesdale Stakes winner Loving Dream (who is inbred 3×3).

As for inbreeding to Danehill, that pattern is also carried by Friday’s Commonwealth Cup heroine Campanelle.

Reckoning is still relatively young at 12-years-old, meaning that Mascalls Stud hopefully have plenty more to look forward to out of her. Her Ulysses two-year-old filly was retained for 140,000gns as a yearling and is now with Mark Johnston. There is also a yearling colt from the only crop of Roaring Lion while she formed part of Too Darn Hot’s first book last year. 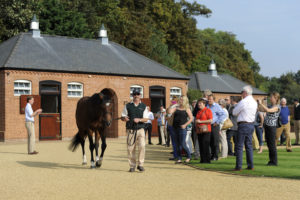 Up Next
Clues aplenty as Pattern returns to spring normality