Eldar Eldarov and Onesto have enjoyed Group 1 glory in 2022

No prizes for guessing that the great Coolmore sire Galileo is well on his way to yet another leading European broodmare sire title, or for that matter that his closest rival and sometime collaborator Pivotal is a clear-cut second on the list. But there are some younger sires beginning to emerge as worthy successors in Europe and among those born this century there are plenty of exciting new names to conjure with.

Oasis Dream is one potential future champion broodmare sire and among this younger cohort the top-class sprinting son of Green Desert has a solid lead by the number of stakes winners produced by his daughters this year. As the Banstead Manor Stud stallion hurtles towards his first 100 stakes winners as a broodmare sire – he’s currently on 83 – his daughters can already boast such fine racehorses as Sir Dragonet (by Camelot), Twilight Payment (by Teofilo) and Siskin (by First Defence), not to mention leading first-season sire Sioux Nation.

This season has also witnessed the emergence of the upwardly mobile Grade 1 winner Nations Pride, another son of Teofilo, and Richard Hannon’s Chindit (by Wootton Bassett), who is enjoying a fine four-year-old season thanks to his victory in the Summer Mile, while Quickthorn (by Nathaniel) and Iresine (by Manduro) have both also won at Group 2 level.

The youngest broodmare sire making waves in Europe this year is Sea The Stars, with nine stakes winners on the board, including two Group 1 winners. The French colt Onesto (by Frankel) opened Sea The Stars’ Group 1 account as a broodmare sire with his victory in the Grand Prix de Paris. Funnily enough, Onesto had Sea The Stars’ second winner at the highest level behind him in fourth that day. Since then Eldar Eldarov (by Dubawi) has gone on to Classic glory in the St Leger, while Onesto, for good measure, franked the Grand Prix de Paris form with his second to Luxembourg in the Irish Champion Stakes. 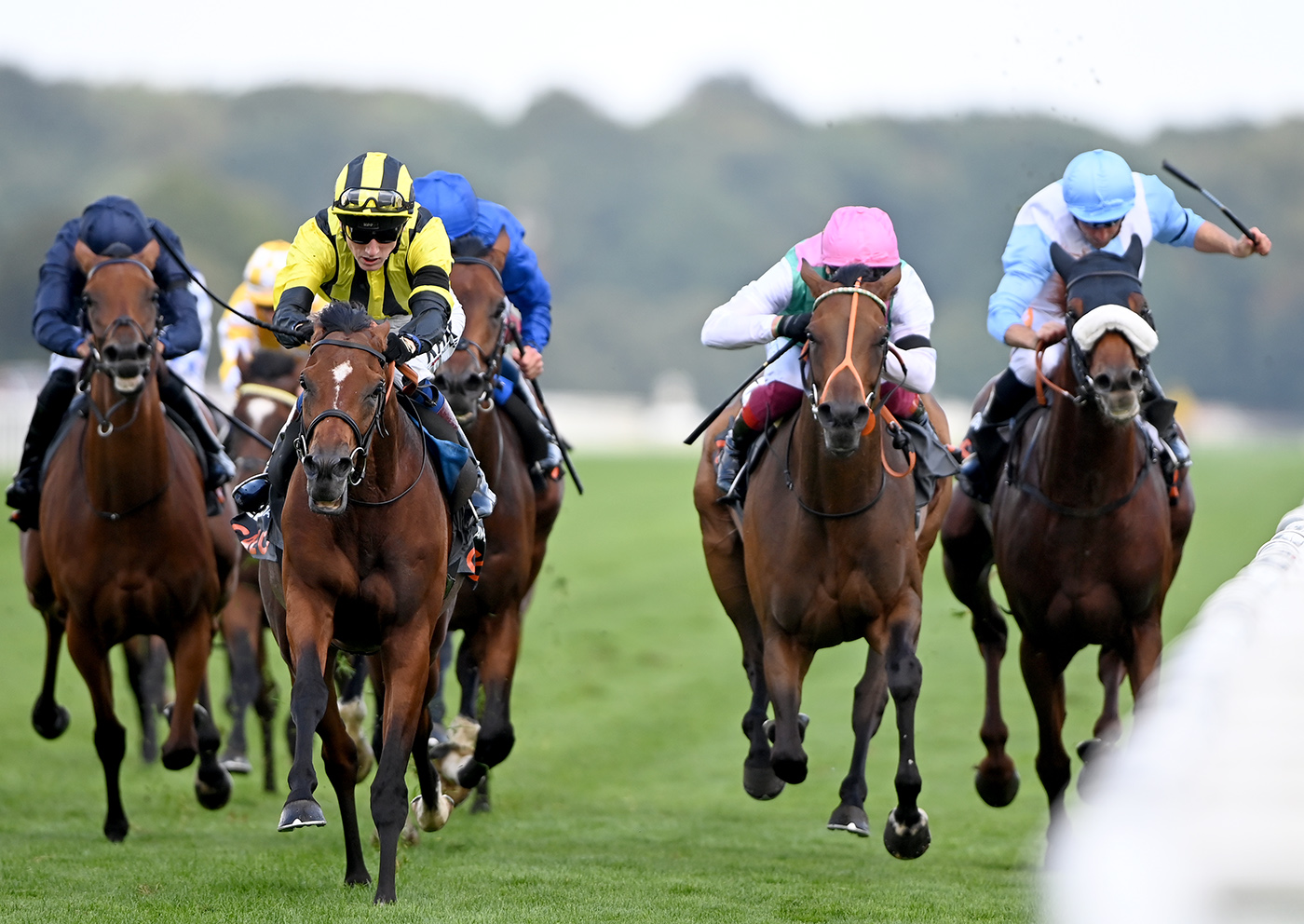 Eldar Eldarov: St Leger winner is the second Group 1 scorer this season out of a Sea The Stars mare. Photo – Bill Selwyn

Sea The Stars’ excellent broodmare daughter My Titania provided two more 2022 stakes winners in Iffraaj’s smart son My Prospero, a Group 2 winner in France, plus the Dubawi gelding My Oberon, who scored at Listed level. Although it is very early days as a broodmare sire, the Gilltown Stud stallion has a pretty healthy 6.5% stakes winners to runners so far, which places him firmly among the elite broodmare sires.

Daughters of the late Kildangan stallion Shamardal continue to produce stakes winners at the very efficient top-class rate of 6.9% to runners and his nine in Europe this year are headed by the recent Canadian Group 1 Summer Stakes hero Mysterious Night – a full-brother to Dark Angel’s dual Grade 1 heroine Althiqa – plus a couple of Group 2 winners in Lilac Road (by Mastercraftsman) and Showcasing’s Lowther Stakes winner Swingalong.

Fellow Kildangan sire Teofilo is also having a fantastic year with his broodmare daughters. He was responsible for three major winners at this year’s Guineas meeting, providing both the Guineas winners Coroebus (by Dubawi) and Cachet (by Aclaim), plus Lope De Vega’s Dahlia Stakes heroine Dreamloper, who has since completed a Group 1 double at Longchamp in the Prix d’Ispahan and Prix du Moulin.

Yet another Darley stallion, New Approach, is next on our table with seven stakes winners of 2022. His poster boy is Dubawi’s Classic-winning son Modern Games, who recently added the Group 1 Woodbine Mile to his earlier success in the Poule d’Essai des Poulains. In between, the fast juvenile filly Mawj (by Exceed And Excel) took the Duchess of Cambridge Stakes, while Jim Bolger’s Boundless Ocean, by Teofilo, is a dual Group 3 scorer.

Another Exceed And Excel filly, Double Or Bubble, is one of the Group winners among Dalakhani’s list of 2022 stakes scorers as a broodmare sire, but pride of place among the group must go to triple Group scorer Meditate (by No Nay Never), who won the Albany Stakes at Royal Ascot and Debutante Stakes at the Curragh before coming up against the brilliant Tahiyra in the Moyglare Stud Stakes. Dalakhani’s other Group winners this term are Checkandchallenge (by Fast Company), Lope De Vega’s Group 3 John Porter winner Max Vega, plus juvenile filly Lakota Sioux, a daughter of the prolific first-season sire Sioux Nation.

Quite where this group of young broodmare sires will be in ten years’ time is not certain, but rest assured that it is the broodmare sire whose daughters most complement the elite sires of the day that will thrive. The fact that Sea The Stars’ first two Group 1 winners are by Frankel and Dubawi may be very significant.

Remarkably, the Frankel/Sea The Stars cross, which creates 3×3 inbreeding to the Arc heroine Urban Sea, has already produced two Group winners from just 12 runners. And, of course, we are all aware of the strong affinity between Dubawi and Sea The Stars’ half-brother Galileo. No wonder the Gilltown Stud stallion is off to such a fast start.