All bets are off if regulation is increased
Exclusive Columns

Solution to filling races is on our doorstep

Britain’s eventual, and eventful, departure from the European Union (EU) and its predecessor the European Communities (EC) is complete, after 47 years’ membership. Even though a trade deal was put together at the last minute to ensure tariff-free trading, this has had little effect on issues affecting the transport of bloodstock between Britain and the now 27 countries of the EU.

Had no deal prevailed on December 31, Britain’s trading status with the EU would have been dealt with by World Trade Organisation regulations, but under WTO rules there were never going to be tariffs on breeding stock, only geldings. So, the idea that this would do anything for our bloodstock industry other than change the atmosphere between the parties was always wishful thinking.

As the industry-wide Brexit Steering Group, of which I am Chairman, has advised all along, moving horses between Britain and EU countries will involve more paperwork, more checks and a greater degree of frustration than has been experienced for many years under the old system and in particular the Tripartite Agreement with Ireland and France.

In the early days of the New Year, stories emerged of how the new regime was causing delays and consternation for bloodstock transporters, which was exactly why the steering group advised against travelling for at least two weeks, and possibly longer. It is to be hoped that, in time, common sense will prevail over some of the nonsensical scenarios that have not been thought through.

The outcome of the Brexit referendum in June 2016 was engendered by many difficult strands, one of which was definitely ‘nationalism.’ As the world in general recovers from Covid-19, as hopefully it will in the coming months, there is every chance that similar expressions of nationalism will become evident, not only in Britain but in many other countries as they try to rebuild their economies.

I don’t imagine that racing will be immune from this attitude. Indeed, the principle of Global Britain, delivering on a strong international ambition, has to be a virtue that the British racing and breeding industries embrace. We are already world leaders and aligning ourselves with the government’s ambitions must make sense.

Even before the devastation of coronavirus, foal crops around the world were declining and this trend will continue at an even faster pace after the pandemic has subsided. This will make each racing nation even keener to hold on to their homebred horses, and the introduction of extra incentive schemes can be expected, as countries fight to keep horses racing in their home jurisdiction, so that racecourse operators can maintain numbers to fill their programmes and aspirations.

France has already started an advertising campaign aimed at enticing British breeders, and owners, to relocate to their country, where lucrative breeders’ prizes and premiums are available. Even though there has been an integrated breeding agreement between the tripartite countries of Britain, Ireland and France, it is clear that Britain can expect no favours from those who see an advantage to promoting their own bloodstock.

The US magazine the BloodHorse recently reported how the New York Racing Association has been able to add $15 million annually to the state breeding fund, which has staved off the kind of fall in numbers of owners and breeders of around 40 per cent that other states have experienced.

This is as a direct result of commercial decisions whereby racecourses can see the value in ensuring there are enough homebred horses available to fulfil their commercial aspirations. With this kind of intervention, it is no surprise that the number of US yearlings imported to race in Britain has dropped from 1,500 in 2009 to 400 in 2019.

Britain does not have a prize-money regime guaranteed to encourage large numbers of runners from overseas, so the solution to finding the horses we need is not to look elsewhere. It is time the industry as a whole, and racecourses in particular, recognised that breeders need much more support and incentives, even if it is ‘nationalistic’ to say so. Our best hope of keeping numbers up is to retain and enhance the homebred stock and to look after our own. 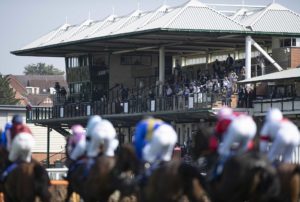 Up Next
All bets are off if regulation is increased