Sisfahan yet another feather in the cap for Guy Pariente

One of 59 foals from the first crop of Gestut Ohlerweiherhof’s Isfahan, the German Derby winner counts the breeder’s Kendargent as his damsire

It is 34 years since Britain hosted its last champion sire, Mill Reef. The horse’s reign came at a very different time, one where a sizeable book of mares consisted of about 50 and in an industry that was underpinned by the enthusiasm of smaller owner-breeders.

Such has been the contraction of sire lines since then that today only one viable male descendant of Mill Reef, the 18-year-old Sir Percy, is available at stud in Britain or Ireland. It is a sad development for a line that not so long ago boasted Darshaan and his Classic-winning sons Mark Of Esteem and Dalakhani among its high-profile conduits.

Any breeder looking to access the line, however, would do well to consider the options in Germany, which is home to Prix du Jockey Club winner Reliable Man, one of the best left behind by Dalakhani who is now an established Group 1 sire at Gestut Röttgen, and the proven father-son duo of Lord Of England and Isfahan.

History repeated itself on Sunday as Lord Of England’s best son, the 2016 Deutsches Derby hero Isfahan, sired his own winner of the race in Sisfahan. Trained by Henk Grewe, the lightly-raced colt fittingly carries the same Darius Racing colours of Stefan Oschmann as his sire, and expertly guided at Hamburg on Sunday by jockey Andrasch Starke, made light of his wide draw to finish with a flourish down the stands side and overwhelm the favourite Alter Adler. It was the second win in four starts for the colt, who struck at Lyon-Parilly last year and had previously run second in the Listed Grafenberger Derby Trial.

Yet another feather in the cap for French breeder Guy Pariente, who has cultivated the stud careers of Kendargent, Goken and Galiway to great effect at his Haras de Colleville in Normandy, Sisfahan is one of 59 foals from the first crop of Gestut Ohlerweiherhof’s Isfahan, sired when his sire stood for a paltry €4,000.

“History repeated itself on Sunday as Lord Of England’s best son, the 2016 Deutsches Derby hero Isfahan, sired his own winner of the race in Sisfahan”

Taken literally, such figures would suggest an average animal. Yet that perception could not be further from the truth.

Trained by Andreas Wohler on behalf of Darius Racing, who had paid €35,000 for him through HFTB Racing Agency as a BBAG September yearling, Isfahan won three of six starts highlighted by a narrow victory over Savoir Vivre on heavy ground in the 2016 renewal of the Deutsches Derby. That performance had followed an easy win in the Group 3 Bavarian Classic while he had also been precocious enough to land the Group 3 Preis des Winterfavoriten at two.

Obviously very talented on his day and worthy of his titles as a German champion, he did on the other hand make only six starts, an aspect to his racing career that likely counted against him when he retired to stud.

Isfahan is the best colt sired by Lord Of England, the 2006 Group 1 Grosser Dallmayr Preis winner who has become one of Germany’s most reliable stallions under the management of Gestut Etzean. 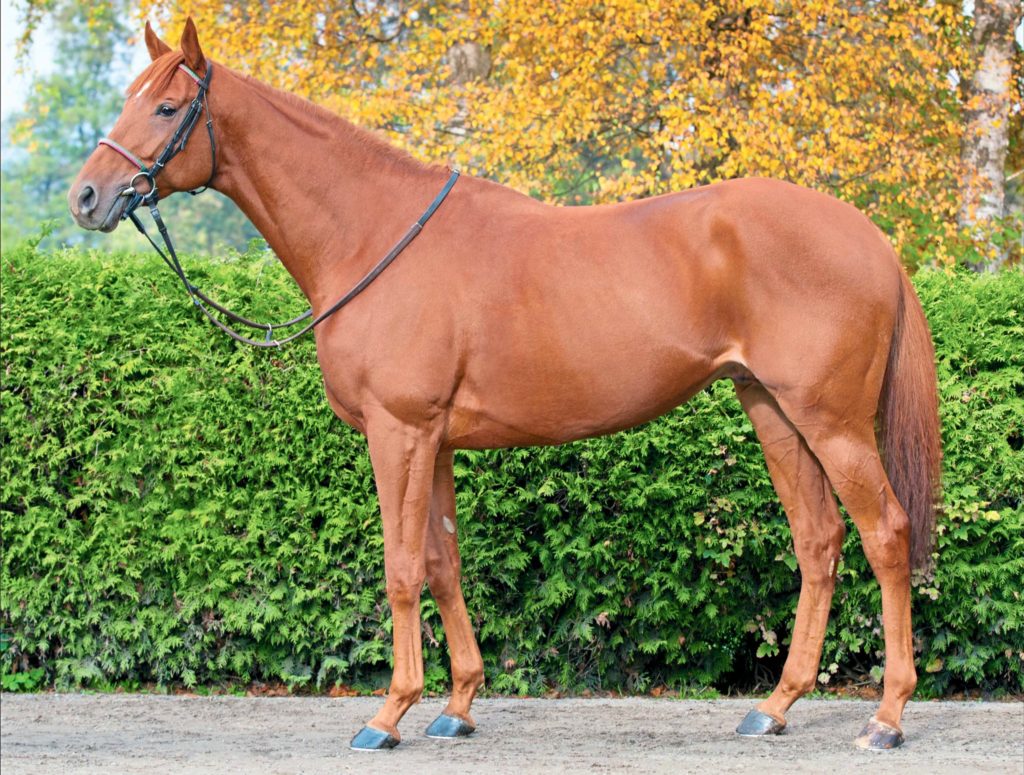 The flashy chestnut is an interesting creature in that he boasts a background completely free of Northern Dancer. Nor has he ever benefitted from a breadth of opportunity – of his 12 crops of racing age, only one numbers more than 43 foals – and until 2017, never stood for more than €5,500. Yet despite those restrictions, his stud record consists of 20 stakes winners, among them the 2015 Preis der Diana heroine Feodora alongside Isfahan.

Lord Of England serves as a reminder of Mill Reef as a son of Jeff Smith’s Dewhurst Stakes winner Dashing Blade, himself the best sired by the short-lived Shirley Heights horse Elegant Air.

Elegant Air retired to Aston Upthorpe Stud in Oxfordshire in 1986 having been trained by Ian Balding to win the Group 3 Horris Hill Stakes and Group 2 (then) Tattersalls Gold Cup for Paul Mellon. Although not a Group 1 winner, he had shown high-class form over a period of time and was a well-bred, good-looking individual. Offered to British breeders at a time when respect for the sire line ran high, he appealed as a fine prospect at stud and those hopes appeared justified when he threw the top juvenile Dashing Blade in his first crop. Also trained by Balding, Dashing Blade swept the National and Dewhurst Stakes, won narrowly from the 66/1 outsider Call To Arms, during an excellent first campaign in 1989 that in turn ensured Elegant Air’s place over Fairy King as the year’s champion first-crop sire.

Unfortunately, within the year, Elegant Air was dead, having succumbed to a neurological condition at the age of nine.

In Dashing Blade, there was at least a representative capable of extending his legacy. Having added the Group 1 Gran Premio d’Italia to his record at three, Dashing Blade initially retired to stand at Smith’s Littleton Stud in Hampshire. For Smith, he left behind several smart horses including the Listed-placed Dashiba, subsequently the granddam of the owner’s Juddmonte International heroine Arabian Queen. However, it was when switched to Germany that much of Dashing Blade’s success was achieved; a stalwart of Gestut Etzean, as Lord Of England is now, he left behind 54 stakes winners overall, among them four Group 1 winners.

In a year in which the German industry bade farewell to Adlerflug, the arrival of Isfahan to the top table as a Classic-producing sire is likely to be warmly received. Nor is Sisfahan his only performer of note since his first crop also includes last year’s Group 3-winning two-year-old Isfahani and the Group 2-placed pair Anoush and Sardasht.

“Unless Sisfahan develops into a real champion, such a background won’t make him the most commercial proposition”

Sisfahan was purchased privately as a yearling by his owners through HFTB Racing Agency for just €16,000 after failing to sell in the ring at the Arqana Autumn Sale.

Although another high-class performer to showcase the emerging talents of Kendargent as a damsire, the colt’s background is weighted more towards the jumps scene. His dam, Kendalee, was placed on the Flat for Guy Pariente but found her forte over jumps, over which she won twice and ran midfield in a Listed Auteuil event. In turn, she is a half-sister to the top-class French jumper Beaumec De Houelle, the 2018 Grade 1 Prix Cambaceres winner who covered 144 mares during his first season at Haras de Montaigu last year.

Their dam, the Trempolino mare Zandalee, was also Listed-placed herself over jumps and is related to another talented jumper in Powder Path, winner of the 2019 Listed Prix Miror at Auteuil.

It has to be said that unless Sisfahan develops into a real champion, such a background won’t make him the most commercial proposition if and when he heads to stud. By then, however, Isfahan’s reputation may have reached even greater heights; results from his first crop indicate that he is far from being a one-horse wonder and now with Sisfahan’s exploits to his credit, he heads into mid-summer as Germany’s leading sire.

Sisfahan also has the influence of Kendargent working in his favour. A stallion well renowned for upgrading his mares, Pariente’s pride and joy is also the damsire of last month’s Prix du Jockey Club runner-up Sealiway and recent Prix Omnium winner Galik – like Sisfahan, both are products of Guy Pariente’s operation.

Interestingly, Kendargent has also clicked further with Isfahan as the damsire of Anoush, who was last seen running third in the Italian Oaks. 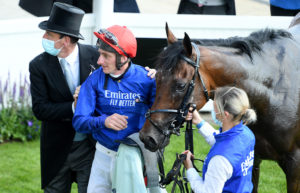