European breakthrough on the cards for Uncle Mo
Exclusive Columns

Sixteen years after the death of Machiavellian, the male line descending from this champion son of Mr Prospector is struggling to maintain a foothold in Europe. Its main representatives in recent years were his grandson Dutch Art and Dutch Art’s sons Garswood and Slade Power, but none of these covered many mares in 2019. However, there is absolutely no chance of Machiavellian’s name dying out in Europe, thanks to the sterling work done by his broodmare daughters.

They have fared extraordinarily well as producers of stallions such as Shamardal, Dark Angel and Zoffany, who have collectively sired more than 110 northern hemisphere Group/Graded winners, headed by 27 Grade 1 winners.

There has been the odd disappointment along the way, such as the French Group 1 winner Naaqoos, but the current season suggests that the name of Mehmas can safely be added to the list of successes after his phenomenal start. Territories may also establish himself, judging by the five black-type horses which have already emerged from his first crop.

The story of Mehmas appears to be yet another example of history repeating itself, not least because Dark Angel and Mehmas were both sired by the evergreen Acclamation. But that’s not the end of the parallels. Both horses were retired after a fairly thorough testing at two years, when Dark Angel raced nine times and Mehmas eight. Whereas Mehmas won the July Stakes, Dark Angel finished only fourth, and whereas Dark Angel won the Middle Park Stakes, Mehmas finished third.

Each of them gained the first of their four victories in a Chester maiden race in early May and they both contested the Coventry Stakes, with Mehmas doing much the better in finishing second to Caravaggio. Mehmas also underlined his toughness when he wore down an errant Blue Point by a neck in the Richmond Stakes, whereas Dark Angel took the Mill Reef Stakes. Although Mehmas failed to emulate Dark Angel’s Group 1 success, he achieved a Timeform rating of 115, compared to Dark Angel’s 113.

The O’Callaghan family has also played a leading role in launching both these stallions. Dark Angel was retired to Gay O’Callaghan’s stud, operating firstly as Morristown Lattin and then as Yeomanstown Stud. Mehmas, in turn, retired to Tony O’Callaghan’s Tally-Ho Stud near Mullingar.

It is worth pointing out that both young stallions found it difficult to maintain their initial popularity and their price. The number of foals in Dark Angel’s first three crops fell from 93 to 62 and then to 39 before reviving to 118 in his fourth year. His fee went from €10,000 to €7,000 in the same period. Mehmas started at €12,500 but his connections took the precaution of reducing his price to €10,000 in his second and third seasons, even though he was so popular that he has 147 foals from the 176 mares covered in his first season. 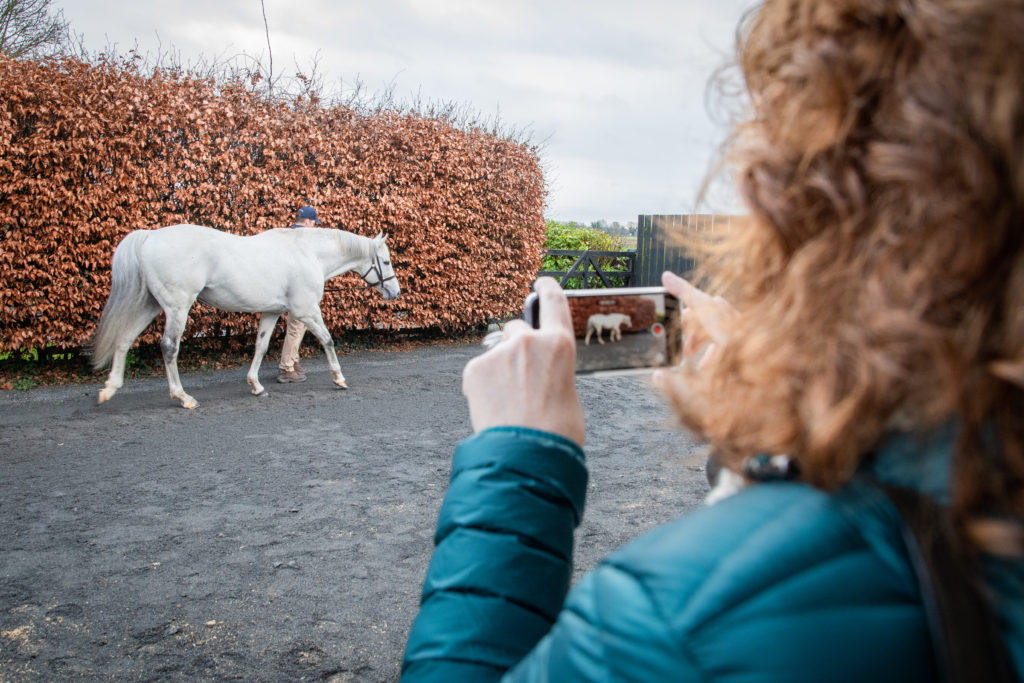 His second year was pretty good, too, with at least 107 foals from 166 mares, but – like Dark Angel – his book fell significantly in his third season, to around 85 mares. No doubt Mehmas will also have experienced a resurgence of interest at a fee of only €7,500 in 2020, after his first-crop yearlings sold for up to €260,000 and his first runners began to highlight his potential.

By the end of September 6, the six-year-old stallion had been represented by 21 winners from 70 runners in Britain and Ireland, with another three winners throughout Europe. This time quantity has been combined with a good measure of quality, with four of his youngsters achieving Racing Post Ratings between 105 and 114, with another five being rated above 90.

A look at the broodmare sires of these well-rated winners indicates that breeders were intent on breeding two-year-olds or sprinters from Mehmas, as they include Arcano, Clodovil, Holy Roman Emperor (twice), Vale of York, Danetime, Namid and Iffraaj.

The exciting Supremacy, who easily emulated Mehmas’ victory in the Richmond Stakes, is out of a mare by Oasis Dream’s son Arcano. This links to the success that Acclamation and his sons have enjoyed with mares by Oasis Dream himself. Ventura Tormenta, winner of this year’s Prix Robert Papin, is by Acclamation, while his sons Dark Angel, Harbour Watch and Equiano have all sired Group winners from Oasis Dream’s daughters. Shamardal, another of the stallions with a dam by Machiavellian, has three black-type winners with dams by Oasis Dream, and Oasis Dream sired the Prix Morny winner Pretty Pollyanna from a daughter of Shamardal.

“No doubt Mehmas will also have experienced a resurgence of interest at a fee of only €7,500 in 2020”

Mehmas’ other Group 2 scorer, the Gimcrack winner Minzaal, has a dam by Danehill’s son Clodovil. Again, this is a well-trodden path. Acclamation’s Group 1-winning sons Expert Eye and Aclaim are respectively out of daughters of Dansili and Danroad, and Equiano’s very fast daughter Belvoir Bay has a dam by Rock Of Gibraltar. Dark Angel has a Group 1 winner out of a Choisir mare and also has Group 2 winners with dams by Danetime, Exceed And Excel and Camacho.

The unbeaten Method became one of four black-type winners for Mehmas when he comfortably defeated the future Group 3 winner Mighty Gurkha in a Listed race. He is out of a mare by Zafonic’s son Iffraaj. Zafonic was by Gone West and it was another of Gone West’s sons, Mr Greeley, who ranked as the broodmare sire of Dark Angel’s Grade 1-winning son Raging Bull.

Mehmas was himself bought for 170,000gns as a two-year-old and a handful of his first-crop sons also made six-figure sums at the breeze-up sales. One of them, Mystery Smiles, won his first two starts before taking third place in both the Gimcrack Stakes and Sirenia Stakes. He has a dam by Danetime, which means he is bred along similar lines to Dark Angel’s smart son Estidhkaar, who collected Group 2 successes in the Superlative and Champagne Stakes at two. 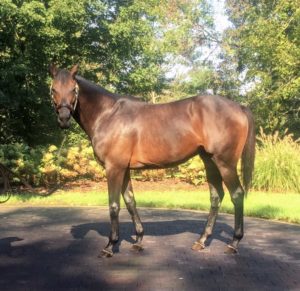 Up Next
European breakthrough on the cards for Uncle Mo