Shades of Starine in tough Iridessa 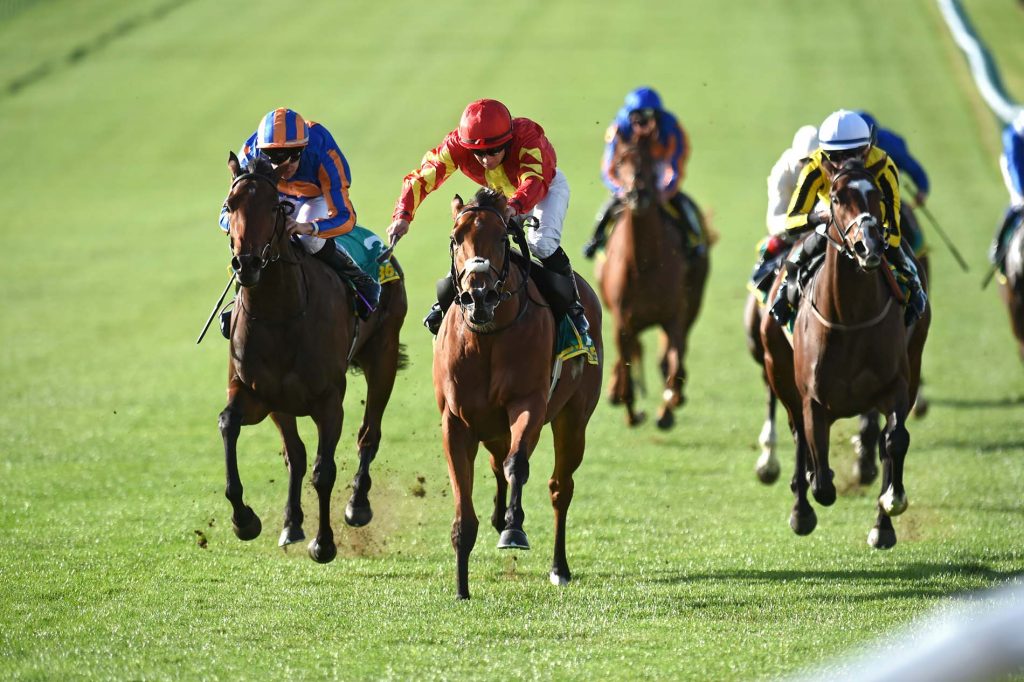 Iridessa (middle) on her way to winning the Fillies’ Mile at Newmarket in 2018 – Photo: George Selwyn

Of all the great horses that passed through Bobby Frankel’s hands, it is most likely that the famed trainer derived particular satisfaction from his French import Starine.

A daughter of the little-known Mendocino, Starine was cheaply bred, certainly as it turned out not fashionable enough to appeal to Frankel’s array of clients upon her arrival in California in the summer of 2001. But Starine was a tough filly who had punched above her weight in her native France and was seemingly improving. Frankel elected to keep the filly to race in his own colours and under his tutelage, she duly continued to make her own pedigree in North America, ultimately signing off her career with a victory in the 2002 Breeders’ Cup Filly & Mare Turf.

Newsells Park Stud paid $1 million for Starine when she came up for sale at Keeneland just days after her Breeders’ Cup triumph. Sadly, however, she died in 2005, leaving behind just two foals for Klaus Jacobs’ operation. Even allowing for the fact that one of them was a filly, it seemed that the tale of this popular rags-to-riches filly had come to an end.

That filly, Senta’s Dream, never made the track for Sir Michael Stoute and had made little impact at stud prior to changing hands for just 14,000gns in 2013 to Aidan and Annemarie O’Brien through BBA Ireland. But much has changed since then due to the emergence of her sixth foal Iridessa, last year’s Fillies’ Mile heroine who lowered the colours of Magic Wand and Pink Dogwood in Friday’s Pretty Polly Stakes at the Curragh.

There are certainly shades of Starine in Iridessa, herself another tough and sound filly who seemingly thrives on racing. And while Starine did much to bring her sire Mendocino to attention, the Joseph O’Brien-trained Iridessa is fulfilling a similar role for Ruler Of The World. Coolmore’s 2013 Derby hero suffered an injury during his first season that resulted in a first crop of 44 foals and has been sparsely used since – he has only 40 registered yearlings on the ground. Therefore his immediate fortunes would seem to rest on Iridessa as the flagbearer within that small first crop.

Iridessa was bred by the O’Briens’ Whisperview Trading in the same crop as Royal Lodge Stakes winner Mohawk, bred by the O’Briens out of their homebred Leopardstown 1,000 Guineas Trial scorer Empowering. Group 1-winning two-year-olds Beethoven and Kingsbarns have been other highlights while Whisperview was also influential in the rise of Fastnet Rock in Europe as the breeders of Qualify, Intricately and Cougar Mountain.

“There are certainly shades of Starine in Iridessa”

Senta’s Dream, as a daughter of Danehill, would have appealed as a natural fit for any of the Galileo sire line. At the time of her purchase in 2013, the cross was already one of the most popular of its time and today – with an ever greater weight of opportunity behind it – Galileo over Danehill has evolved to become a dominant influence; think Anthony Van Dyck, Circus Maximus, Japan and Saturday’s shock Irish Derby winner Sovereign, all major players within this year’s Classic colts division who are bred on variations of the cross.

As alluded to above, Iridessa’s family was of a workmanlike nature before Starine came along.

Starine was from the third tiny crop of the obscure Theatrical stallion Mendocino, winner of the Prix Herod for Allen Paulson, who left behind less than 100 foals at stud, and was bred by Catherine Dubois out of Grisonnante, a daughter of Kendor who was placed just once in seven starts. Theatrical had previously shown an affinity for mares belonging to the Caro line, as illustrated by Group 1 winners Marchand De Sable (out of a Kenmare mare) and Zagreb (out of a Wolver Hollow mare), and Mendocino was another such animal, as the product of a mare by Caro himself. Perhaps it’s no coincidence that Starine, a grey like many of that line, took matters that much further, being inbred 3×3 to Caro (a pattern also seen in the background of top American filly Octave).

Indeed, Starine was by far the best of Grisonnante’s five winners and was in fact the only stakes winner within three generations of her family.

The remarkable aspect of Starine’s career is her progression from claimer to Grade 1 winner. She made 12 starts at two, initially for Catherine Dubois for whom she won a Saint-Cloud claimer. A busy two-year-old season was capped by victory in the Listed Prix Saraca and she returned the following year to bag several more Listed placings.

Frankel paid approximately $150,000 for Starine following a win at Lyon-Parilly midway through her four-year-old season. By all accounts, Frankel was open to offers for his new import but there was little interest and so it was in his silks that she went on to win the Grade 2 Diana Handicap, Grade 1 Matriarch Stakes and Breeders’ Cup Fillies and Mare Turf.

His faith in the mare was fully vindicated on that final start in the Breeders’ Cup, held that year at Arlington Park. It was a vintage edition of the race, containing European top-notchers Islington, Kazzia, Zenda and Gossamer as well as Banks Hill, a Group 1 winner for Andre Fabre in France who had recently joined Frankel’s barn. As a result, Starine was one of the outsiders but on her favoured soft ground, was able to capitalise on a good early position to skip clear and hold off the chasing pack led by Banks Hill.

The tale of Starine is a fine illustration of how good horses can emerge from anywhere. While her family could have drifted back into oblivion following her death at the age of nine, in Iridessa it has a representative doing plenty to keep it in fashion.

As for Senta’s Dream, she looks set to remain well represented in the coming years as the dam of a two-year-old colt by Australia named Order Of Australia, who is in training with Aidan O’Brien, and a yearling filly by Camelot. 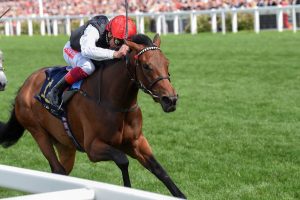