Sea The Stars: quality and adaptability around the globe 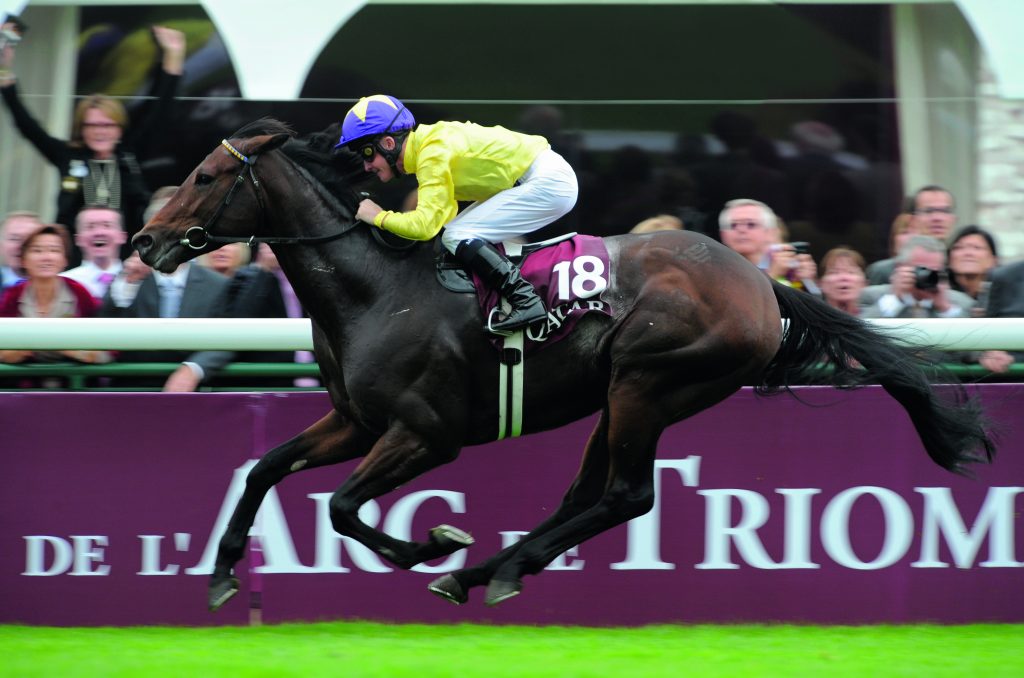 Sea The Stars has been well represented in Australia as the sire of Fifty Stars – Photo: George Selwyn

The first horse to benefit from the stayers’ incentives was Stradivarius, an admirably tough, game and consistent son of the outstanding Sea The Stars.

Although he was fast enough to win the 2,000 Guineas – a race which didn’t feature in the career of his half-brother Galileo – Sea The Stars has generally proved a strong influence for stamina. The Racing Post credits his progeny with an average winning distance of 11.2 furlongs, which exactly matches the figure of his older half-brother.

Galileo has sired winners of the Gold Cup and Prix du Cadran, as well as multiple winners of the St Leger, Irish St Leger, Derby, Irish Derby, Oaks, Irish Oaks and King George. Although Sea The Stars is eight years younger, he has already supplied winners of several of these major races, including the Gold Cup, Derby, Irish Derby, King George, Oaks and Irish Oaks. There is therefore a perception that he too is a strong influence for stamina, and I am expecting to see a shift in the type of mares he is sent, in much the same way that Coolmore has been loading Galileo’s book with mares who were fast or precocious, or both.

It must be said that Sea The Stars has been coping perfectly well with mares with plenty of stamina in their pedigrees, siring Group 1 winners from daughters of Sadler’s Wells, Hernando, Monsun and Bering, but his progeny have tended to shine after the age of two – no great surprise when his own Timeform rating rose from 109p at two to 140 at three.

As the size of Sea The Stars’ early crops has fluctuated (118 foals in his first crop, followed by crops of 67, 124, 74, 93, 136 and 102), so too has his number of two-year-old winners. However that crop of 136, born in 2016, contained 13 two-year-old winners in Britain and Ireland, plus others in France and Italy, and it is noticeable that their broodmare sires included such fast or precocious horses as Exceed And Excel, Fasliyev, Elusive City, Anabaa, Shamardal and Teofilo.

It is worth mentioning that one of Sea The Stars’ most fruitful relationships has been with Kingmambo, a top-class miler who also possessed smart form at two. This partnership has yielded Cloth of Stars, who ranks alongside My Titania as one of only two juvenile Group winners so far by Sea The Stars, and Zelzal, who became Sea The Stars’ only Group 1 winner over a mile when he landed the 2016 Prix Jean Prat.

With a background like this, it seemed rather unlikely that Sea The Stars’ progeny would thrive in Australia. His ex-English son Oceanographer won the Group 3 Lexus Stakes for Godolphin in 2016 but that win came over an extended mile and a half, and the Irish-foaled Tall Ship won a couple of Listed races at up to 13f a year earlier. However, we have since seen him very ably represented by a much faster son in Fifty Stars.

Born in Ireland in February 2015, Fifty Stars arrived in Australia in November 2016, having been purchased for 110,000gns at Tattersalls. The Airlie Stud graduate laboured under the handicap of having to race against opposition which were roughly six months older, in much the same way that the Australian-bred Merchant Navy had to when he was transferred to Europe for the first half of 2018. Merchant Navy proved to be up to the task, and so has Fifty Stars. At the time of writing he had raced 12 times, establishing the proud record of eight wins and two seconds.

That this son of Sea The Stars is very talented is no surprise, as his pedigree features a couple of highly successful nicks. What is surprising is that he has flourished over distances of a mile or less, even though his pedigree would no doubt have led to a middle-distance career had he remained in Europe. 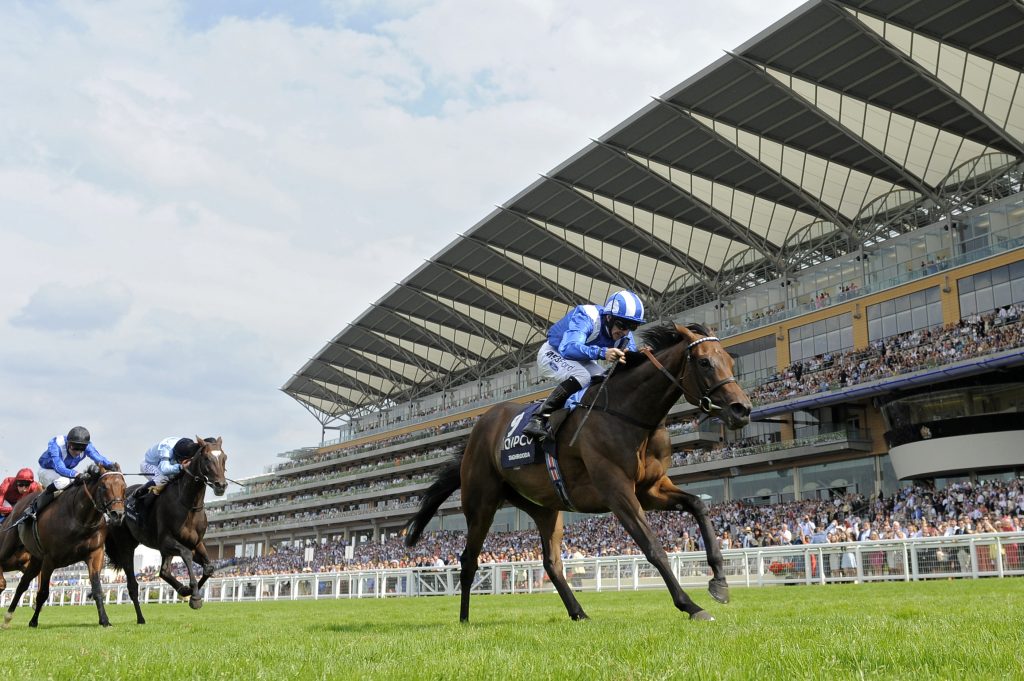 Fifty Stars’ dam is bred to the same nick – by Sadler’s Wells out of a Darshaan mare – as the dam of Taghrooda – Photo: George Selwyn

His wins in 2018 were gained from 1200 to 1500 metres, with his Group 3 success in the Sandown Stakes coming over the latter distance. This year has seen him win the Group 2 Blamey Stakes over 1600 metres and the Group 2 Ajax Stakes over 1500 metres.

Fifty Stars is one of Sea The Stars’ 47 foals aged three or over out of mares by Sadler’s Wells. They are a talented collection, led by that excellent filly Taghrooda, whose exploits over a mile and a half featured victories in the Oaks and the King George; Storm The Stars, who finished third in the Derby and second in the Irish Derby in addition to winning the Great Voltigeur Stakes; the headstrong Knight To Behold, who defeated the future St Leger winner Kew Gardens to take the Lingfield Derby Trial and later landed the Prix Guillaume d’Ornano over 2000 metres.

Other members of the Sea The Stars-Sadler’s Wells team are Crimean Tartar, a mile-and-a-half Listed winner who achieved a Timeform rating of 117p, and Almodovar, who was good enough to be placed in the Hardwicke Stakes and Prix d’Ispahan. Then there’s Fox Tal, who finished a close third in the Criterium de Saint-Cloud over 2000 metres as a two-year-old.

This list demonstrates that Fifty Stars is effective at much shorter distances than the norm, and his ability over 1,500 and 1,600 metres is all the more surprising because his dam, the unraced Swizzle Stick, is bred to the same nick – by Sadler’s Wells out of a Darshaan mare – as the dam of Taghrooda.

Of course, Sadler’s Wells’ nick with Darshaan mares was one of the most famous of modern times. Although this partnership produced 169 foals, it maintained its effectiveness, to the extent that 28 of them – 17% – became black- type winners. Twenty were successful at Group level, with High Chaparral, Ebadiyla, Islington, Septimus, Milan, Yesterday and Quarter Moon all becoming Group 1 winners. Of course, Milan won the St Leger, Septimus the Irish St Leger and the Doncaster Cup, and Ebadiyla the Prix Royal-Oak, the so-called French St Leger, so there was no shortage of stamina here.

Fifty Stars’ second dam Viz was a typical Darshaan, in that she did her winning over a mile and a half, including in a Listed race, so why doesn’t Fifty Stars fit the expected profile? The most obvious answer is that he is showing the influence of his grandsire Cape Cross, who was a miler sired by a sprinter-miler, but I suspect that Australia’s training methods are playing their part.

I remember a British-trained colt called Jeune, who made his last 11 starts in Europe between ten and 12 furlongs. However, Jeune wasn’t pigeon-holed as a middle-distance horse after his transfer to Australia. His extraordinary record featured Group 1 wins over seven furlongs and in the two-mile Melbourne Cup.

In an article for the Thoroughbred Daily News, Gai Waterhouse once explained that her imported horses “work over six and seven furlongs (1,200-1,400 metres) and they travel at between 13.5 seconds and 14 seconds for the furlong. By this stage of their acclimatisation, the imports need some speed ‘injected’ into their work.

“Now I use the term ‘injected’ a touch loosely, but this is exactly what I am trying to do; these horses have been bred to stay, they have proved they can cruise over a trip back home, but the races are designed much differently in Australia. “They need to develop a turn of foot and they need to be able to maintain their speed for longer than they have in the past. Getting a horse to run faster for more of the race by introducing it to a new way of training is one of the final steps in getting a European horse acclimatized to Australian conditions.”

Perhaps the message is that some of our racehorses could prove to be quite versatile, given the chance. 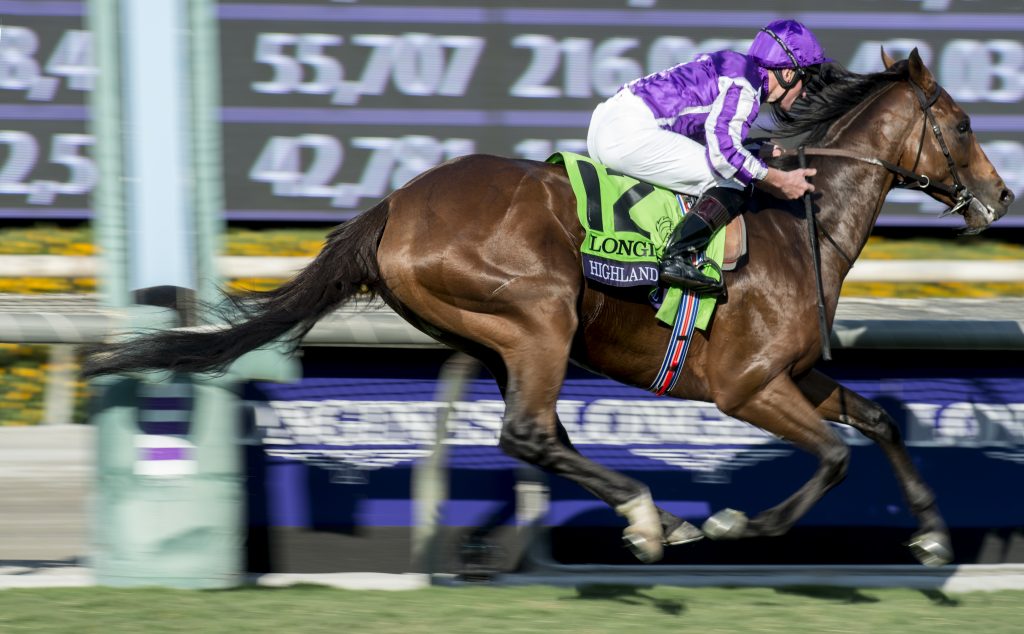 Reel value with stallions that stayed the distance

If anyone ever questioned the wisdom of the measures introduced to boost the popularity of stayers in Britain, a look at the one-dimensional nature of Australian breeding should silence any doubters. Australia appears no longer to be able to produce sufficient horses to contest its valuable races which demand stamina.

I was reminded of this yet again when the former Juddmonte horse Midterm won the Group 3 N.E. Mannion Cup over a mile and a half at Rosehill on March 23. Of the 12 contestants, two were bred in Britain and another six were bred in Ireland, and these eight filled the first eight places, with the four Australian or New Zealand-bred runners bringing up the rear. It had been a similar story in the 2018 Melbourne Cup, when the 24 runners included only four locally-bred horses and two from New Zealand, none of which reached the first five.

If we don’t want to see a similarly lop-sided industry developing in Britain and Ireland, breeders need to think twice before joining the herd that rushes to use virtually any first-season stallion which won a Group race over sprint distances at two, rather than stallions which progressed to do well beyond a mile.

The 2018 Return of Mares credits Aclaim, a triple Group winner over seven furlongs who won his only juvenile start, with an initial book of 160 mares. Then there’s Kodiac’s Group 2 five-furlong two-year-old winner Ardad, who covered 132 mares in his first year; Caravaggio, the Phoenix Stakes and Coventry Stakes winner who received 217 mares; Molecomb Stakes winner Cotai Glory, who was welcomed with no fewer than 179 mares at Tally-Ho Stud; and the very speedy Profitable, who was kept busy with 185 mares.

On the other hand, only 66 mares visited Galileo’s very well-connected son Decorated Knight, a triple Group 1 winner at up to 101⁄2 furlongs who didn’t win at two and didn’t become a Group winner until he was four. Mondialiste, another Group 1-winning son of Galileo with substantial earnings, paid the penalty for not having run at two or having won until he was four, with his first book falling short of 60 mares. And Ulysses, another of Galileo’s sons, needed strong support from Cheveley Park to boost his book to 115 mares, even though he is the son of two Classic winners and won two of Europe’s most competitive mile-and-a- quarter races as a four-year-old.

The importance of good two-year- old form was underlined when Highland Reel, another of Galileo’s prolific Group 1 winners, was greeted with 184 mares, thanks partly to his having been a Group 2 seven-furlong winner at two and partly to this earner of £7.5 million being conservatively priced at €17,500.

The good-looking Postponed did win at two but the fact that this winner of the King George and Juddmonte International did most of his Group- winning at a mile and a half, and after the age of three, resulted in a book of 112 and a reduction of his fee from £20,000 in his first year to £15,000 in his second. Ulysses was another whose fee had to be substantially reduced in his second year. 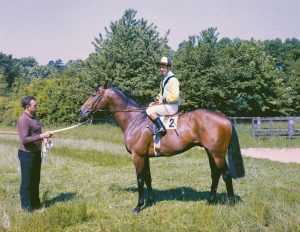 Up Next
Wrongfooted by a Classic hero after Ally Pally start