Rust is right: racing must reflect the UK of today

Sometimes it does us good to stand outside of our sport and view it as any member of the general public might. To consider how we are seen by that great mass of the population who have no connection or interest in horseracing can leave us with a more realistic, if slightly uncomfortable, view of our place in the wider world.

This theme was picked up by BHA Chief Executive Nick Rust when he spoke at the recent ROA Annual General Meeting. After running through all the positive facts and figures that currently relate to racing, he then reminded us of a number of uneasy truths.

Important though it clearly is for us to concern ourselves with matters such as betting shop closures and levy income, racing’s biggest challenge of all, he said, was to remain relevant to the British public.

How relevant, he asked, was racing to the young, to the general sports fan, to people who bet, to the digital world, and to people who are not from a white, heterosexual, able-bodied background? It is this relevance, he told us, that drives betting, attendances, engagement, media coverage, participation, employment and, of course, revenue.

His excellent speech went on to warn of the possible consequences of the changing political landscape where a new government might take a tougher stance on areas such as betting or equine welfare. (He might also have added any future government’s attitude towards the advertising of betting on daytime television, for it is this, of course, that makes racing commercially attractive to the TV companies).

The speech also referred to his “sleepless night” worries, which included the possibilities of high-level equine fatalities skewing the public’s view of jump racing and the impact of Brexit, with its potential effect on the movement of horses and the employment of stable staff.

While the speech told us that racing is Britain’s best performing major sport in audience gender balance (with 40% of our racegoers being female), this contrasted with the fact that only 5% of rides were being taken by female jockeys and only 1% at the top level.

Another of Nick’s uncomfortable truths was that, if we look around on most racedays, we would find a sea of white faces. Moreover, anybody able to sneak into the board rooms and offices of the sport’s stakeholders would find virtually all white men were making the industry’s big decisions, and very few individuals were openly prepared to identify with an LGBT orientation.

The case for progressing racing’s place in a modern and fast-changing world was not only a moral one, he said, it was also commercial.

Nick Rust’s words provided a natural link to the sport’s Diversity in Racing Steering Group. Established last September, it is chaired by Nick himself, and only recently published its first-ever Diversity and Inclusion Action Plan.

This impressive document first explains why we should be taking this subject very seriously and then sets out a number of practical proposals to improve racing’s relationship with the wider world. It is not only about our sport making a much greater effort to accommodate a broad range of human differences; it is about understanding what inclusion means.

“Inclusion,” says the report, “is involvement and empowerment, where the inherent worth and dignity of all people are recognised. An inclusive sport promotes and sustains a sense of belonging; it values and practices respect for the talents, beliefs, backgrounds and ways of living of its participants and fans.”

Can the racing world ever aspire to such heights of decency?

Long-term, it must be our goal. Only by making a greater effort to see ourselves as others see us, and acting upon these principles of inclusiveness, can we be sure of maintaining our relevance to the modern world. 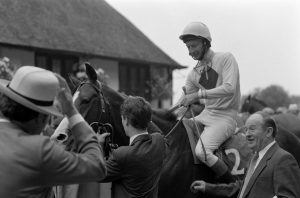 Up Next
Classic record finally buckled to Piggott