Put your bucks on the Fly
Exclusive Columns

There was no reason to expect anything special from the chesnut colt born at the Haras de Victot in Calvados on March 8, 1962. His pedigree was so-so and he could not be considered any more likely to distinguish himself than a thousand other new arrivals in France that spring.

But the 50th anniversary of that apparently mundane event deserves to be marked and celebrated, for that colt was Sea-Bird, who would achieve enduring renown as most people’s idea of the outstanding thoroughbred of the 20th century. We recognised his supreme talents in his exceptional performances as a three-year-old and we are still waiting to see them matched by a 21st century horse. 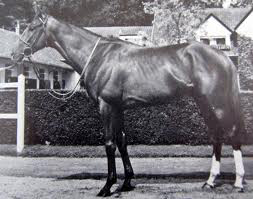 Sea-Bird’s sire was Dan Cupid, a son of Native Dancer who had shown promise as a juvenile with three victories and placings in the Prix Morny and Middle Park Stakes, and at three added two more wins in minor events, efforts which signified far less than the standout performance of his career, when a neck second to champion Herbager in the Prix du Jockey-Club. His record of five wins from 15 starts could only be considered disappointing for one capable of that form at Classic level. Perhaps it had been a fluke.

There were no great expectations for Dan Cupid’s stud career and among his first-season mates Sicambre’s daughter Sicalade hardly appealed as one destined to aid his cause. Her best showing on a racecourse was to dead-heat for second in minor company and that made her the fifth in consecutive generations of her female family without a Flat race win. Her dam Marmelade had been unplaced on her only start and her dam Couleur had to go jumping to register a victory. The next dam Colour Bar was no better than third in a seller and she was out of Lady Disdain, unsuccessful in two efforts.

There was just one runner of distinction from the family in recent generations – Marmelade’s half-sister Camaree, who had brought Jean Ternynck his first Classic when successful in the 1,000 Guineas of 1950. That at least provided some justification for her owner/breeder to persevere with a family that was more miss than hit.

Time would tell Dan Cupid was anything but an outstanding sire. Sicalade, who had problems giving birth to all three of her foals, would be put down as a barren seven-year-old, supposedly more bother than she was worth. But somehow their unpropitious alliance resulted in a paragon of the breed.

Precocious, moi? Non!
Ternynck sent Sea-Bird to his distant cousin Etienne Pollet, who had trained Dan Cupid and had two other products of the horse in his Chantilly yard in 1964. The one who would distinguish himself was nothing like so precocious as his sire, who had made a winning debut over five furlongs in June. It was September before the big, leggy, backward Sea-Bird had his first outing, over seven furlongs at Chantilly.

Palpably green, he missed the break, but there was promise in the way he made up the ground to win by a neck. Little more than two weeks later he won again by the same margin in the Criterium de Maisons-Laffitte, his immediate victim being Blabla, who would win the Prix de Diane a year later.

Sea-Bird was already clearly smart – smart enough to warrant an entry in the Grand Criterium – but Pollet and rider Pat Glennon both reckoned he was not yet up to matching their precocious star Grey Dawn, who had impressive wins in the Prix Morny and Prix de la Salamandre on his CV. Grey Dawn duly won, earning the title of champion juvenile as a consequence, though many felt that Sea-Bird, two lengths behind him at the finish, would have finished a lot closer if Maurice Larraun had launched his challenge earlier.

Sea-Bird went into his second season acknowledged as a high-class performer and we did not have to wait long before realising he could be special. He resumed in the Prix Greffulhe, over ten and a half furlongs at Longchamp in April, recording a smooth three-length win. Six weeks later he was set a tougher task over that course and distance in the Prix Lupin – and it was then that many began to talk him up as a superstar. His foes included hitherto unbeaten Diatome and Cambremont, who had dealt Grey Dawn a defeat in the Poule d’Essai des Poulains. They would surely test him. But no, more impressive than ever, he blew them away, scoring by six lengths with any amount in hand.

France knew the Derby represented a formality. England was not so sure and on the day he could be backed at 7-4. Many a Derby has been won by wider margins but few can have been won with such effortless ease. Sea-Bird was still on the bridle when he assumed command, was ridden for just a few strides to assert his dominance, and was back on the bit by the line, where Meadow Court was flattered as two-length runner-up.

Evidence mounts
We still did not have to believe that Sea-Bird was the reincarnation of Pegasus. Maybe he had just beaten a sub-standard field. Then Meadow Court won the Irish Derby – and after that the King George. Those results and Sea-Bird’s win over older rivals in the Grand Prix de Saint-Cloud provided hard evidence he was truly exceptional.

If there were still any non-believers, the Prix de l’Arc de Triomphe converted them. Sea-Bird thrived noticeably during his three-month break from competition; on Arc day he was a bigger, stronger, more impressive physical specimen than the one we had seen at Epsom and, though he sweated up a bit, he looked the picture of health.

But there was nothing about the field to suggest he was about to be presented with the Arc on a plate. The best Europe could muster were on hand, including an undefeated compatriot in Reliance, who had won the Prix du Jockey-Club, the Grand Prix de Paris and the Prix-Royal Oak. America’s top three-year-old Tom Rolfe, the Preakness winner, was also among Sea-Bird’s 19 rivals. There had never been an Arc with comparable depth of quality.

How Sea-Bird dealt with such apparently formidable opposition had to be seen to be believed. When he and Reliance drew out from the pack, a duel between them all the way to the line seemed on the cards. That is not what we got. As Reliance demonstrated his marked superiority over 18 of his rivals, he was himself being left for dead by the horse who on that day was the champion of champions. Sea-Bird’s margin over Reliance was six lengths and there were five more back to third-placed Diatome.

There was nothing more that Sea-Bird could have achieved, but in the course of the six weeks that followed compliments were paid to him by his victims. Diatome won the Washington DC International, fifth-placed Anilin won the Preis von Europa by four lengths, and Demi Deuil, far back in seventh at Longchamp, came out on top by seven lengths in the Premio Roma.

And there were other accolades, not least Timeform’s assessment of his merit at 145, a mark yet to be matched by any runner since 1965. The French official handicap for three-year-olds and up ranked him 9lb superior to the best older horse, an equally telling tribute to the supreme equine athlete of that or any other era.

A lifetime in racing has provided me with the privilege of seeing a host of great horses, but still none to make such an indelible impression as the chesnut colt who first saw the light of day 50 years ago this month.

Up Next
Put your bucks on the Fly