The curtain to the European yearling sales season rises this weekend with the Arqana August Sale in Deauville, a much-anticipated event that offers a heady mix of the cream of the French yearling crop alongside those from further afield.

It was at this sale in 2014 that the Hong Kong Jockey Club came away with Pakistan Star while A Raving Beauty, Mubtaahij and Uni are just some of the Grade 1-winning graduates to have struck in the US. Such international performers complement an array of European big names to have been sourced out of the sale – think champion Almanzor and Derby hero Wings Of Eagles for starters. And the adverts have again been free flowing this season, whether through the exploits of Sottsass, who was successful in the Prix du Jockey Club and is yet another credit to his breeder Ecurie des Monceaux, or Watch Me, who lowered the colours of Hermosa in the Coronation Stakes at Royal Ascot.

Arqana have compiled a catalogue of 338 yearlings for this year’s renewal, which begins its three-day run on Saturday evening. Another 150 yearlings have been catalogued to the V2 session – source in its time of French Guineas winners Olmedo and Teppal – on August 20.

Of those to be offered within the main catalogue, 58% are out of black-type performers or black-type producers. As ever, it contains representation from an array of the world’s leading sires, among them Galileo, Dubawi, Dark Angel, Fastnet Rock, Frankel, Invincible Spirit, Kingman, Le Havre, Lope De Vega, No Nay Never, Oasis Dream, Sea The Stars, Siyouni and Zoffany alongside American heavyweights such as American Pharoah and Giant’s Causeway.

Buoyed by international investment, last year’s renewal turned over €36,786,000 for 230 yearlings sold at an average of €159,939. A total of 11 yearlings sold for in excess of €500,000 led by a €1.4 million Dubawi colt out of Irish 1,000 Guineas heroine Just The Judge, who was knocked down to Ballylinch Stud out of the consignment of La Motteraye. Now named Swift Verdict, he is in training with John Gosden.

Needless to say, his sale represented a real highlight for Gwenael Monneraye and Lucie Lamotte of La Motteraye, which sent out its first August draft in 2010.

“We never thought that we would one day be selling the top price,” says Monneraye. “It was fantastic. Obviously, he is a horse with an excellent pedigree, and he was a very good walker with an excellent temperament – he was a unique offering.”

La Motteraye heads to Arqana this year with a draft of 25 yearlings, among them a Kingman half-sister to Group winners Royal Bench, Memphis Tennessee and Mayhem (98) and a Frankel brother to classy stayers Master Of Reality and Eminent Authority out of Irish Oaks runner-up L’Ancresse (108).

“Numbers wise, we’re about the same as last year,” says Monneraye. “But I think it’s the best draft we’ve ever had.

“I’m optimistic. A lot of people have visited the farm, more than ever before – we had seven people viewing our yearlings in just one day. I think the results that Arqana have had on the track this year can only help.” 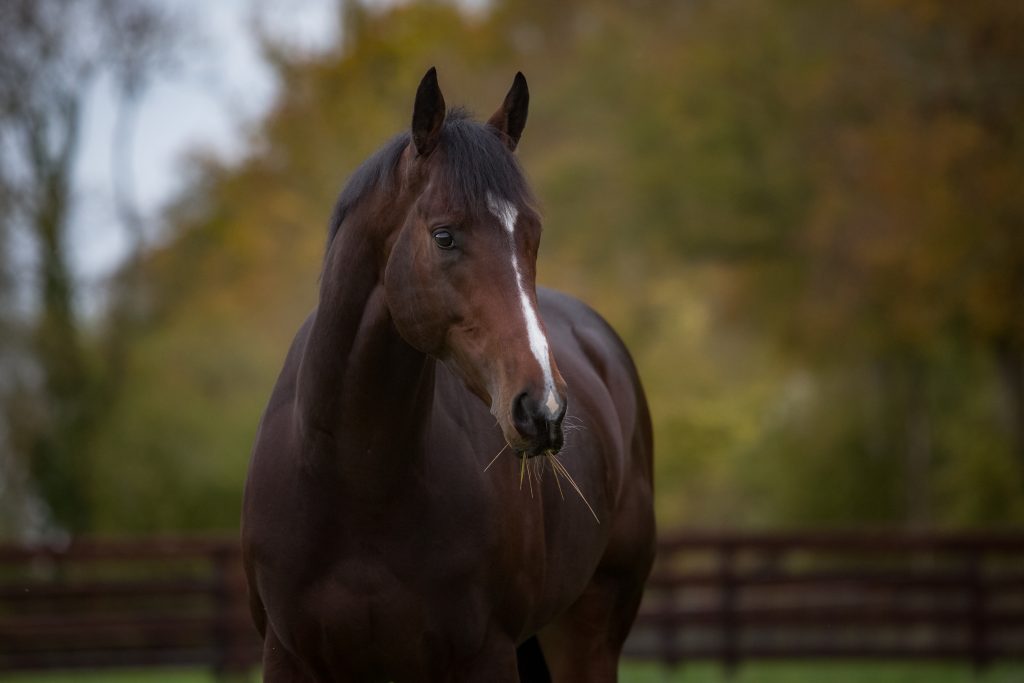 He adds: “What has really helped our industry has been the premiums. They have helped attract foreign breeders to France, and more mares then help the stallions and those good stallions in turn attract more mares.

“We never thought 15 years ago that the French industry would have access to the likes of Siyouni, Le Havre and Wootton Bassett, and now others are coming through such as Shalaa. So it’s a very exciting time.

“There are also a lot of young people coming through. They’re worked around the world developing different skills and then they come back to France. There’s a real enthusiasm within the industry.”

This year’s catalogue also has a real international flavour to it with the presence of a draft belonging to Haras de Gouffern et de La Genevraye in conjunction with leading American consignor Taylor Made Sales. Part of an arrangement between Taylor Made and Gouffern alongside its commercial arm, International Thoroughbred Consultants (ITC), the partnership will offer four yearlings (after withdrawals) starting with lot 92, a member of the final full crop of champion American sire Giant’s Causeway.

“A few years ago, ITC and Taylor Made established an agreement where ITC would represent Taylor Made in France and the Middle East, while they would do the same for us in the US,” ITC President Jean-Pierre de Gaste told Amy Lynam in an interview for Thoroughbred Owner Breeder this month. “We always look for opportunities to expand our business and when Alexandra Saint-Martin [bloodstock manager of Haras de Gouffern] joined our team two years ago from Arqana, she concentrated on creating this joint consignment.”

Of the Giant’s Causeway colt, De Gaste said: “He is lovely, big colt and is very well-balanced. What is interesting about him is that he has a lot of European blood – his granddam [French Listed winner Mysterious Line] was very good in France, while he has a lot of [damsire] Empire Maker about him, too. It is very difficult to sell purely American horses in Europe and the Giant’s Causeway colt is our idea of the perfect blend of American and European influences.”

Below is an outline of another eight yearlings catalogued to this year’s sale who are in possession of a page capable of lighting up the bid board.

Although only placed on the track, Starlet’s Sister has become one of the most successful mares of our time as the dam of a series of high-class performers.

First up was Peter Brant’s brilliant racemare Sistercharlie (by Myboycharlie), who created history only on Saturday as the first back-to-back winner of the Grade 1 Beverly D Stakes at Arlington. Described by trainer Chad Brown as “the horse of a lifetime”, her haul of Grade 1 victories also includes last year’s Breeders’ Cup Filly and Mare Turf and two renewals of the Diana Stakes.

Sistercharlie was followed by My Sister Nat (by Acclamation), winner of the Group 3 Prix Bertrand de Tarragon, and then by Sottsass (by Siyouni), a €340,000 graduate of the 2017 sale who set the seal on this terrific family with victory in this year’s Prix du Jockey Club. That particular colt also runs for Brant and unsurprisingly, the owner returned to the well last year to purchase the mare’s Charm Spirit colt, Radiant Child, for €400,000 through Michel Zerolo’s Oceanic Bloodstock.

As that trio illustrates, Starlet’s Sister is already proven against a range of stallions. But potential buyers will also no doubt be aware of the successful partnership between Fastnet Rock and Galileo, which is so far responsible for seven Group 1 winners led by Qualify and Intricately.

Inbred to Miswaki, Starlet’s Sister is a sister to French Group 3 winner Leo’s Starlet and a member of that good Pillar Stud family of top miler Noalcoholic.

The first of eight yearlings by Galileo on offer, this colt is the first foal out of Jim Bolger’s dual Group 3 winner Steip Amach.

One of the best sired by Bolger’s Vocalised, Steip Amach was saddled by Bolger to win the Killavullan and Amethyst Stakes and also run third in the Group 1 Prix Rothschild and Prix Jean Romanet.

In turn, she is a half-sister to Grade 3 winner Ceisteach, a daughter of Galileo’s son New Approach, and hails from the excellent Aga Khan family of Shergar.

In possession of a notable update as a sister to Roman Turbo, the winner of his maiden and the Group 3 Anglesey Stakes for Michael Halford since the publication of the catalogue.

Roman Turbo isn’t the first smart performer out of Swish since the daughter of Monsun is also dam of Listed winner Swacadelic.

This is an excellent family that has thrived in recent years in Germany, as illustrated by the presence of champion Shirocco and Deutsches Derby runner-up Subiaco under the second dam So Sedulous. And with the prospect of more to come from Roman Turbo, this filly, who was bought back for just 25,000gns as foal, owns terrific residual value.

Another member of the powerful 33-strong Monceaux draft, this filly is a three-parts sister to champion French two-year-old National Defense, winner of the Prix Jean-Luc Lagardere for Criquette Head-Maarek.

A €280,000 graduate of the 2015 sale, National Defense is the best of three stakes horses from only five foals of racing age out of Angel Falls alongside the Listed-placed Cascading and Nordic Defense. In turn, Angel Falls is a half-sister to Irish 1,000 Guineas runner-up Anna Salai and from the international family of German champion Anna Paola that is also responsible for Helmet and Billesdon Brook.

Lot 48 is one of 18 yearlings catalogued by the brilliant two-year-old Shalaa. The son of Invincible Spirit, who stood his first season for €27,500 Haras de Bouquetot in Normandy, was all the rage at last year’s foal sales, where he fired in an average of 83,632gns for 19 sold.

A €50,000 pinhook, this is a filly with a very current pedigree as a half-sister to the Epsom and Irish Oaks runner-up Fleeting.

The Aidan O’Brien-trained filly, who was purchased at the 2017 August Sale for €100,000 by Horse France, also won last year’s Group 2 May Hill Stakes at Doncaster. 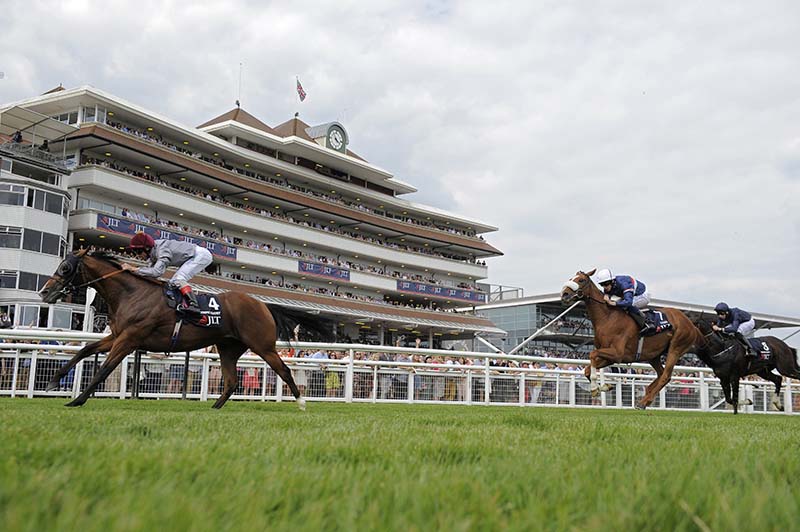 The 2014 Lockinge Stakes winner Olympic Glory is already the sire of Watch Me – Photo: George Selwyn

They are out of Spanish champion Azafata, a direct descendant of blue hen Alexandrie.

She is the second of nine yearlings catalogued by her ascendant sire Olympic Glory, whose seven first-crop stakes horses are led by Coronation Stakes heroine Watch Me.

This Haras de la Perelle homebred is the second foal out of his Group 2-winning dam following a Dubawi filly, Nascetta, who commanded €520,000 from Morten Buskop at last year’s sale.

Cladocera was a tough filly for Alain de Royer-Dupre, winning four races including the Group 2 Balanchine and Cape Verdi Stakes, both at Meydan. An international campaign also included a runner-up effort to Legatissimo in the 2015 Group 1 Matron Stakes at Leopardstown.

Cladocera was bred by Perelle out of Listed winner Caesarine and descends directly from another tough racemare in Annoconnor, winner of the Grade 1 Santa Ana, Ramona and Vanity Handicaps.

Perelle’s select but powerful draft also includes this colt out of Group 1 winner Giofra who is a brother to the €1.55 million 2017 sale-topper Al Battar.

Recent renewals of the Arqana August Sale have been enhanced significantly by the presence of yearlings belonging to the Platonic family that has been cultivated to such good effect by Monceaux and Skymarc Farm. The pair paid ‘just’ 100,000gns for Platonic in 2004; since then, the mare and her daughters have provided Monceaux with almost €13 million worth of Arqana yearlings, led by Parabellum (by Dubawi out of Pacifique), who set a new sale record of €2.6 million when sold to John Ferguson in 2015.

Listed winner Prudenzia alone has been responsible for €6.57 million of that total since 2011, and little wonder considering that her five winners include Irish Oaks heroine Chicquita, a €600,000 purchase by Badgers Bloodstock in 2011, and last year’s Ribblesdale Stakes scorer Magic Wand, who topped the 2016 sale when sold for €1.4 million to MV Magnier. 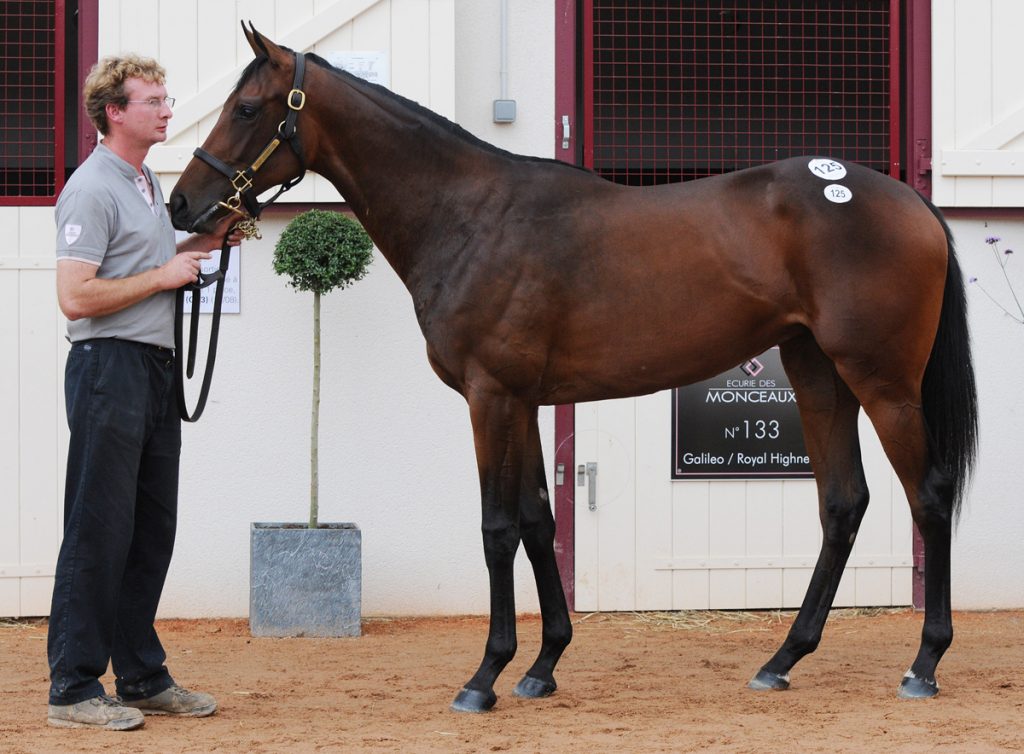 Chicquita as a yearling, shortly after selling for €600,000 in Deauville

She is preceded into the ring by another anticipated member of the Platonic family in a Galileo colt out of the winning Prudente. 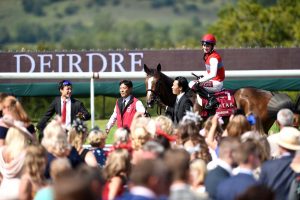 Up Next
Deirdre strikes a blow for Harbinger