One racing annual and the rest is history

Newmarket has almost as many estate agents as it has bookmakers, charity shops and pubs, and I’m forever finding fliers on the mat from all of them. They are presumably in fierce competition with one another, but they’re all agreed on one thing: properties like mine are in strong demand in my area. 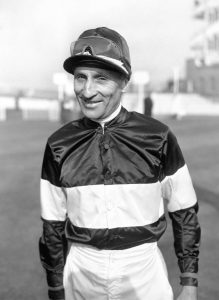 Scobie Breasley: a star of the sport in the 1950s

Of course, the profession generally has a reputation for being economical with the truth, but in this case I’d like to believe what they say. And so, I dare say, do my heirs.

Anyway, a month or so ago I was rash enough to let a representative of one firm come and have a look around the place, and he seemed a decent enough cove for one in his line of business. Having had his guided tour of the premises and inspected everything bar the attic, which I assured him contained nothing, he ventured the thought: “I could tell you how to double your living accommodation here without the need to seek planning permission.”

As it happened, I didn’t need him to tell me, so I gave expression to what was on his mind and was blatantly obvious to the pair of us: “I know exactly what you’re thinking, but I’m not quite ready yet to dump all the bookcases and the thousands of volumes sitting on their shelves.”

I perhaps didn’t make that point strongly enough, because within a week I had one of the guy’s staff on the phone, asking whether I was now ready to put the house on the market.

I admit it – the house is a bit cluttered. And it might be argued that the baby grand piano, which I can’t play, is a tad over-sized for its sole effective purpose, namely to serve as a TV stand in the sitting room. But elsewhere it’s books which cause most restrictions and impediments, perhaps most conspicuously in the dining room, where the leaf had to be removed from the table. Meals for more than four have to be a summer alfresco event.

It’s a fact that I was always an avid reader as a kid, but that tended to be mostly newspapers and the few books my parents possessed. Until March 1956 my personal library consisted of just two volumes – Water Rat’s Picnic, by Alison Uttley, a school prize I’d acquired as a six-year-old, and the 1954-55 edition of the FA Book For Boys.

The catalyst for my conversion into an inveterate bibliophile was my purchase of the 1956 News Chronicle Racing Annual from a station bookstall – something with which to occupy myself on the three-hour train journey that would take me to the home of my aunt and uncle for the Easter holidays. My one sporting passion at the time was football, but there was nothing available on that subject, so my shilling was invested on the little racing book out of sheer curiosity.

Aged 11, my knowledge of racing was virtually zero. If there was one fact I had grasped, it was that the Derby mattered more than any other race – the sport’s equivalent of the Cup Final. It had been front-page news when Gordon Richards at last rode the winner in 1953, and the papers had got all excited again the following year, when a teenager called Lester Piggott was successful.

The race completely passed me by in 1955, which hindsight suggests was largely about a French victory that did not lend itself to extensive press coverage at home. I wasn’t to know that one of the hooves of that year’s winner – Phil Drake – would one day serve as a paperweight on my desk.

I can’t claim that my purchase of that book made me instantly aware that affairs of the Turf would come to dominate my life and provide my livelihood for over half a century, but when I take it down from the shelf now I can readily appreciate how it captured my imagination and made me want to learn more about a subject that would not normally interest a townie kid who had never been near a horse.

It was an unpretentious, pocket-sized paperback, and while its chief target audience was naturally punters, there was much more to it than that. Betting shops were something for the years to come, so legal betting away from the racecourse was about phone or postal contact with a turf accountant, an obviously inconvenient arrangement for both sides of the transaction. No wonder illegal street bookmakers thrived.

So although the little book carried advertisements for tipsters and bookmakers, and provided lists of horses to follow in the coming season – 50-1 Guineas hero Gilles de Retz the most conspicuously successful pick – its broader appeal was reflected in numerous features calculated to interest the ordinary racefan. And those sections were key to making me become a racefan.

There were fascinating pen-portraits of jockeys Scobie Breasley, Edgar Britt, Ken Gethin, Manny Mercer, Peter Robinson and Paul Tulk, all featured on account of their achievements in the previous season

There were fascinating pen-portraits of jockeys Scobie Breasley, Edgar Britt, Ken Gethin, Manny Mercer, Peter Robinson and Paul Tulk, all featured on account of their achievements in the previous season. There were 26 pages devoted to racecourses, describing their different characteristics, and indicating the trainers – all new names to me, of course – who tended to do well at each of them.

There was an article on evening racing, evidently something new in the sport, and a piece on the important contribution of farriers, whose work behind the scenes might be easily overlooked. I’d never heard of Free Handicaps before, but I could readily recognise what they were all about as I read the lists of the two-year-olds and three-year-olds included in them.

Only one race abroad got a mention, but that served to make me realise the significance of the Washington DC International, which in 1955 had been contested by horses from England, Ireland, France, Germany and Venezuela, in addition to the US and Canada. It seemed racing had its own World Cup.

There was a list providing the dates of all the big races to come in 1956, and most of them meant nothing at all to me, but there followed, in a section covering more than 20 pages, long lists of previous winners of those races, some covered in considerably more detail than others. The 2,000 Guineas, the 1,000 Guineas, the Derby, the Oaks and the St Leger were all subjected to special treatment. The past clearly mattered.

The latest in a long list of insane ideas seeks to turn racing into a team sport based on the Formula 1 model. Perhaps tempting providence, I say: over my dead body

And the Derby, I learnt, had been going since 1780, pre-dating the foundation of the Football League by nearly a century. Horseracing was obviously special, with a longer history than any other sport, and it had apparently survived and thrived as succeeding generations valued the traditions handed down to them.

My shilling – 5p in today’s money – had introduced me to a world previously unknown to me. That book was really meant for a committed racing fan who thoroughly understood the various aspects of the sport it covered, but fate decreed that it fell into the hands of a total ignoramus who found it utterly fascinating and immediately wanted to learn more about it.

When I reached my destination, I told my aunt and uncle how I had amused myself on the train, and was thrilled to hear that they had once been to the Derby.  It had evidently not been a great experience, because they had stood at Tattenham Corner in driving rain and seen nothing more than the caps of jockeys as they passed. (I established much later that it must have been Sansovino’s year, 1924.)  Nevertheless, it was they who first took me racing, at Brighton in 1957.

I wonder what it takes to fire an 11-year-old kid with enthusiasm for racing in 2018, when tradition counts for nothing and the lunatics appear to have taken over the asylum. The latest in a long list of insane ideas seeks to turn racing into a team sport based on the Formula 1 model.

Perhaps tempting providence, I say: over my dead body. 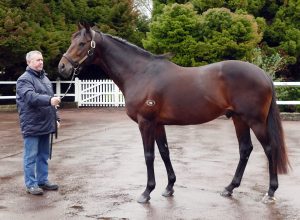 Up Next
Major advances in vibrant French breeding business