Remit more diverse than ever in our centenary year
Exclusive Columns

The recent announcement by the Jockey Club that it planned to sell Kempton Park for building came as a great surprise, labelled a bombshell by the Racing Post. The immediate reactions of interested parties were contrastingly predictable.

The news broke little more than a fortnight after the course staged the latest renewal of the King George VI Chase, its flagship event, and prominent National Hunt trainers were at once to the fore in condemning the proposal. Their views were promptly echoed by numerous readers of the paper, and soon the columnists had their say.

Current racing journalist of the year Tom Kerr and a past winner of that award, Lee Mottershead, both expressed vehement opposition to the plan, while their senior colleague, multiple award-winning Alastair Down, came under fire for daring to endorse the idea.

As one who has deplored many of the changes introduced in racing in recent years and has regularly stressed the importance of maintaining traditions and historical links, I suppose I might be expected to rejoice over the fact that two young talented writers exhibit such passion in defending the status quo, but this is one instance where I feel their righteous indignation is misplaced.

I became a racing journalist in April 1963. My first week in the job ended and my second week began with the traditional Kempton Park Easter meeting that always had so much to offer. The Saturday featured the 2,000 Guineas Trial, with Classic hopes on parade, and the Rosebery Stakes, an ultra-competitive handicap with 23 runners and open betting.

The Bank Holiday Monday card was even stronger, with three valuable events – the 1,000 Guineas Trial Stakes, the Coventry Stakes for three-year-old milers, and the two-mile Queen’s Prize, contested by a field of 18 which included many of the best staying handicappers in the country. The fixture had long been recognised as one of the highlights of the spring programme.

In the following month Kempton staged the Great Jubilee Handicap, initiated in 1887 to celebrate Queen Victoria’s 50 years on the throne and always a highly competitive heat, attracting ante-post betting. I well remember that 1963 edition, won for the second consecutive year by the well-backed Water Skier, who beat 21 rivals and whose trainer, Eric Cousins, had a formidable record in handicaps at the time.

And I have equally vivid recall of that year’s September feature at the course, the Imperial Stakes. That two-year-old six-furlong event had been contested since 1889 and won by numerous subsequent Classic stars, ranking way above the Dewhurst Stakes among the season’s major juvenile tests. In 1963 it was won by a future tip-top miler and influential sire in Derring-Do, ridden by Lester Piggott, who had wasted drastically to make the colt’s weight of 8st 4lb – and hardly needed to have bothered, the colt romping home by four lengths in a field of 18.

Had there been a proposal to bulldoze Kempton Park in 1963, or for many years thereafter, have no doubt that I would have been among the first to condemn the idea. It was indisputably one of the nation’s premier courses – and one where I was a regular attendee. I particularly remember going there in 1973 when it stood in for Sandown Park as the host for the Eclipse Stakes.

The big draw for racegoers that day was Derby, Benson & Hedges Gold Cup and Coronation Cup hero Roberto, and it was only on our arrival that we learned that Vincent O’Brien had withdrawn him on account of the rain-softened ground. That was hard luck for Kempton, but we witnessed a good performance by the game Scottish Rifle, securing the best victory of his career.

The Kempton Park of those far-off days was a major venue for Flat racing, staging valuable events over a fair course, attracting high-class performers, playing a role in the careers of numerous horses who went on to benefit the breed. Easily accessible from London, it offered a fun day out in pleasant surroundings, and was understandably very popular with southern racegoers. It would have been a sin to close it down. 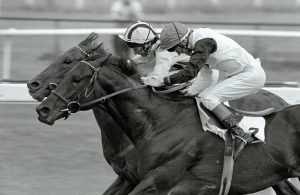 The 21st century Kempton Park is a very different course, a downmarket all-weather track which routinely hosts inferior racing and stages only a couple of ordinary Group 3 events – the Sirenia Stakes and the September Stakes – in its Flat programme. It has not kept pace with the times and has lost its appeal to racegoers. I’ve found no reason to pay it a visit since some time in the last millennium. What is it that everyone is so keen to preserve?

Okay, I have noticed that it also hosts racing over obstacles, and it was obvious that by announcing the proposal to shut it down in January, the Jockey Club invited the shock-horror response from a Racing Post readership that is overwhelmingly biased in favour of National Hunt at that time of year. I can well understand that jumping junkies would be upset over the prospect of losing their Boxing Day treat in the form of the King George VI Chase, but it is not as though the race is under threat of extinction; it can be renewed at a different venue.

Change not always easy
Of course, therein lies another bone of contention, as the prospective alternative venue, Sandown Park, with its changes of gradient, would inevitably provide a test quite unlike the flat, galloping terrain at the race’s current home. Even I have to recognise that Ascot, or even Newbury, would be more appropriate. But so what? It’s not as though there has never been a precedent.

The transfer of the Champion Stakes from Newmarket to Ascot created a very different race from the one that flourished for well over a century. Plenty of us continue to resent that switch, but we live with it.

Over the years I have become resistant to change, all too aware that what is claimed to represent progress often turns out to be nothing of the sort. But I’m with the Jockey Club whole-heartedly on this issue. The sale of Kempton, projected to yield well in excess of £100 million, will help to secure the future of racing – Flat and National Hunt – in this country through the investment of £500m in a series of genuinely progressive, meaningful measures over the next ten years.

The plans include vast increases in the prize-money fund under both codes, a massive upgrade in facilities at Sandown to establish it as London’s premier dual-purpose venue, a new state-of-the-art all-weather track at Newmarket, more funding for the enhancement of facilities at courses throughout the land, and additional support for education and recruitment in the industry, and for the welfare of those who earn their living from it. And, not least of the proposals, there will be more money devoted to the welfare of the sometimes neglected, all-important participant, the horse.

Why wouldn’t anyone acknowledge that the sacrifice of Kempton Park, a tired old course that has outlived its usefulness, is a fair price to pay for the promised benefits it would bring? But be mindful that those benefits can be realised only by the sale of the course for the sum required.

If you are still unhappy about the plan to convert Kempton into a giant housing estate, you may be sure that plenty of others think the same, not least the residents of the surrounding area. Nothing is going to happen in a hurry, and at my time of life I might be ill-advised to bank on being around to celebrate the fulfilment of a ten-year plan that has yet to reach the starting gate.

Up Next
Remit more diverse than ever in our centenary year