After Stradivarius had captured the Gold Cup last year, his second victory in an unbeaten campaign that saw him win a £1 million bonus from Weatherbys Hamilton as the outstanding stayer in training, I suggested his achievements could well count against him when it came to a stud career.

“A horse that has shown enough stamina to win a Gold Cup is, sadly, a turn-off to most commercial breeders,” I wrote. “Even if he has the speed, class and versatility to win at shorter distances.

“Given the chance, there’s no reason why Stradivarius could not produce top-class runners on the Flat, though he is undoubtedly an attractive proposition for the jumps sector.”

Perhaps unsurprisingly, his owner-breeder, Bjorn Nielsen, would appear to agree with this sentiment. In a fascinating interview with Julian Muscat, Nielsen accepts that modern trends dictate that his champion will not be popular with the Flat fraternity once his racing career is over.

“It’s crazy,” he says. “What more does a horse have to do to show he could be a great stallion? He’s got a turn of foot, all these things people look for, but he’s never really going to get a proper chance.

“It was the same with Yeats. He was a superb racehorse, very well bred, but he was just not supported by [Flat] breeders. I sometimes wonder how many great stallions there are out there that nobody will ever find out about.”

Breeding’s loss, for the time being at least, is racing’s gain as we could well have the opportunity to enjoy Stradivarius’ brilliance on the racecourse for a few years yet. Nielsen is under no pressure to retire him and judged on his winning return in the Yorkshire Cup, the son of Sea The Stars is better than ever at the age of five as he targets a second Gold Cup at Royal Ascot – and, likely, another cheque for £1m.

Stradivarius is also a poster boy for the staying scene in Britain, which has been under threat for a number of years due to the industry’s preference for speed sires, plus overseas raids for our top staying horses for races such as the Melbourne Cup.

The European Breeders Fund, working with the BHA and Thoroughbred Breeders’ Association, which commissioned a report into staying horses, has developed a series of races for later-maturing two-year-olds – now enhanced in value thanks to a partnership with Matchbook – in an effort to provide additional opportunities on the racecourse and broaden their appeal to owners.

Stradivarius began his career in these EBF-supported races and on his second appearance finished fourth behind stablemate Cracksman, who went on to win four Group 1s. Kerry Murphy, EBF Chief Executive, discusses the success of these races and the importance of the organisation’s contribution to British racing at a time when other sources of revenue appear to be heading in the wrong direction.

Trainer Stuart Williams is capable with all types of runners but is perhaps best known for his handling of sprinters.

In Keystroke, who caused a huge upset in the Abernant Stakes earlier this year to give Williams his first Group triumph in a 25-year career, he has a legitimate Royal Ascot contender in his stable.

As Tim Richards discovers, Williams relishes training in Newmarket and is keen to improve the quality of his string every year, yet he warns that the shortage of stable staff and poor prize-money must be addressed by British racing’s top brass. 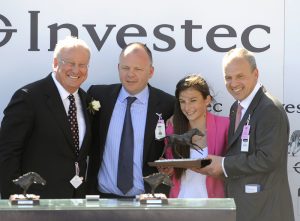 Up Next
Aspirational sport means rewarding the best