No corners can be cut in protecting our heritage
Exclusive Columns

The friction that stemmed from the Cheltenham stewards’ decision to place a ten-day suspension on Declan Lavery after he finished third on Jerrysback in the National Hunt Chase (subsequently overturned by the Disciplinary Panel) was symptomatic of the increasing dilemma that horse welfare poses for the racing industry.

Of course, it is right that the BHA, as racing’s governing authority, wants to do everything in its power to protect the image of our sport, but it is equally clear to see why horsemen are sometimes exasperated by decisions made by people they perceive to have inadequate practical experience of dealing with horses or, in the Cheltenham case, jump racing.

It is right that the BHA has become increasingly sensitive to the public’s perception of racing, believing this will impact on how future governments view our sport, but just as understandable is a growing concern that racing could become so sanitised that it is no longer the sport we know and love.

Within this dilemma, factions exist at the extremes. While many animal rights protesters will not be satisfied until they see racing banned, there are those among racing professionals who believe we have already gone too far in appeasing the ‘do- gooders’. That said, it is one of life’s little ironies that the horse people who are often castigated by animal rights protesters for perpetuating what they perceive to be a cruel sport are the very same people who understand, love and care for horses to an extent that many of the so-called animal protectionists could never appreciate.

In steering a mid-course, the BHA, working with horsemen and women, has made significant progress. For instance, in the past 20 years fatal injuries on racecourses have decreased by a third; faller rates in jump races are now at an all-time low of 2.53% of runners; and whip offences have halved despite the threshold for permitted use having also been halved.

However, the BHA believes there is much more to be done if racing is to stay connected with the modern world and to continue to police its own industry. It is surely unarguable that any governing authority has to remain sensitive to the on-going changes in society and public attitudes. Without it, our sport would become gradually more vulnerable to governments themselves imposing changes that racing would not want. In any case, racing continues to need the support of successive governments, in particular for future legislative changes relating to the scope of the levy.

The BHA is the first to admit that its relationship with the horsemen over horse welfare needs to be improved, especially when it comes to communication with trainers and jockeys.

To this end, the sport’s regulators are now in the process of setting up a cross-racing Welfare Board to develop an industry-wide strategy, with an independent Chair and ROA representation, while the ROA Board is itself forming a welfare committee that would feed into the new board.

Obviously, the risk factor in racing, particularly jumping, will never be completely eliminated, but the BHA recognises that much more fact-based evidence should lead to minimising risks and reducing the number of horse injuries and fatalities. The first step would be to conduct analysis of past racing over a long period that would tell us much more about the prevailing conditions when racecourse injuries and fatalities occurred. And from this detail, we would recognise the factors that significantly increase risk, from which we could then at least make pre-emptive decisions if we chose to do so.

It is such a pity that this year’s Cheltenham Festival should have been damaged by the fallout from the National Hunt Chase – not only because the Festival contained several events that made it the envy of any sporting occasion anywhere, but also because there can never have been a race meeting where more care of the equine performers was taken.

Much will have been learnt from this episode, however, and the future for horse welfare looks bright. 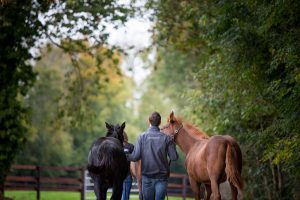 Up Next
No corners can be cut in protecting our heritage