It is 30 years since Prince Faisal’s excellent filly Rafha lit up Chantilly with a successful raid on the Prix de Diane. Much water has passed under the bridge since then, not least a legacy radiating from Rafha that has come to include the top sires Invincible Spirit and Kodiac.

Time will tell whether her latest major descendant, Sunday’s Prix du Jockey Club winner Mishriff, can fit that mould down the line but for now his connections can derive much satisfaction from a colt with the ability to not only emulate his great-granddam by landing a Chantilly Classic but hand his young sire, Make Believe, a flying start at stud.

Mishriff represents the breeding of Prince Faisal’s Nawara Stud top to bottom. It was in Prince Faisal’s colours that his sire Make Believe won the 2015 Poule d’Essai des Poulains and Prix de la Foret, in which he set a new track record. Make Believe had been a foal purchase by the Prince through Hugo Merry but his dam, Contradict, boasts a deeper association as the product of three generations of Nawara breeding.

The source was Eljazzi, an inspired purchase by Major Johnnie Lewis during his tenure as bloodstock advisor to Prince Faisal. Offered at Tattersalls as a yearling during the autumn of 1982, Lewis paid 92,000gns for the filly in a transaction reflective of a strong background associated with Captain Tim Rogers. By the Sussex Stakes winner Artaius, a Round Table horse stood by Rogers at his Airlie Stud in Ireland, she was out of the 1968 Yorkshire Oaks runner-up Border Bounty and therefore a half-sister to the high-class miler Pitcairn, the 1974 Irish 2,000 Guineas runner-up, and Blandford Stakes winner Valley Forge.

By the time the Artaius filly came under the hammer, Pitcairn had added a British and Irish sires championship to his record, secured in 1980 largely with the help of his King George-winning son Ela-Mana-Mou. It was a fresh, active pedigree and one that would surely enhance any broodmare band when the time came.

Eljazzi, as she became known, joined Henry Cecil and looked immensely promising when making a four-length winning debut in a backend 19-runner Leicester maiden. However, that was as a good as it got, with the filly failing to build on that promise in a light career at three.

Rafha sits tall among that list, however, as the dam of two of today’s leading sires in Invincible Spirit and Kodiac.

The diminutive Kris filly was the second foal out of Eljazzi and sent to Cecil, won two races as a juvenile capped by the May Hill Stakes at Doncaster, in which she defeated Knight’s Baroness by a length.

Cecil was on the record as describing Rafha early on in her three-year-old season as “knee high to a bumble bee” but any doubts there might have been over her ability to train on were swiftly dispelled when she romped to a ten-length success in the Princess Elizabeth Stakes at Epsom. 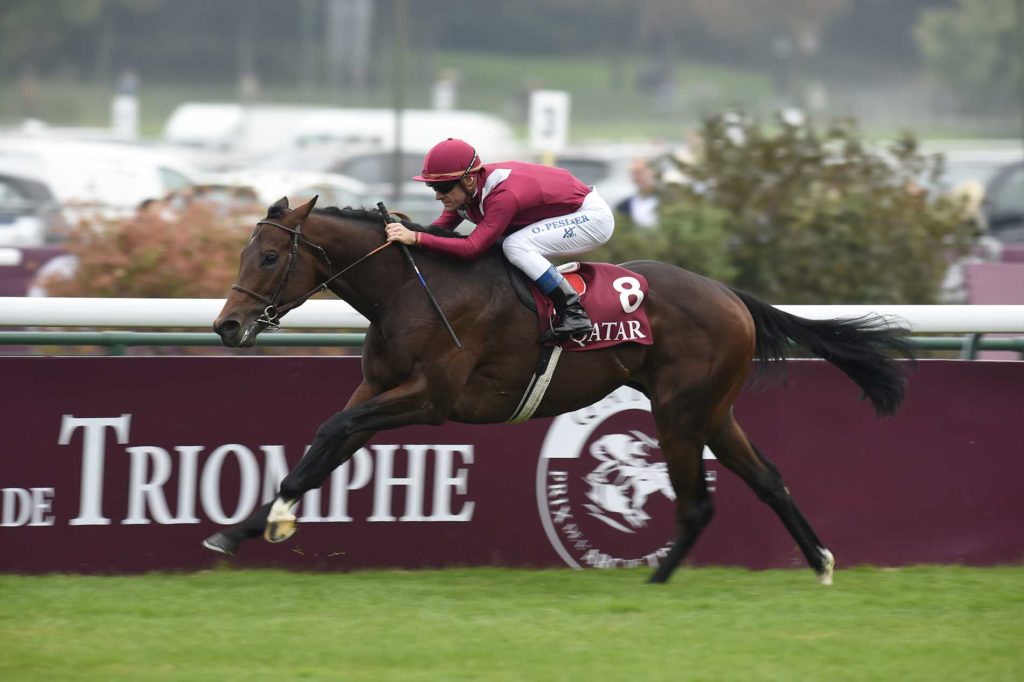 She once again had the measure of Knight’s Baroness, herself subsequently successful in the Irish Oaks, when winning the Lingfield Oaks Trial next time out, but not even that performance persuaded stable jockey Steve Cauthen to take the mount for her next assignment in the Prix de Diane. Cauthen passed over Rafha in favour of stablemate Moon Cactus, winner of the Lupe Stakes, that day and so it was in the hands of Willie Carson that Rafha posted a gutsy half-length Classic success over the subsequently demoted Colour Chart.

Niggles reportedly prevented Rafha from running again but by that stage she had done more than enough. Yet better was arguably to come. She proved to be a remarkably successful and versatile broodmare, often throwing to the attributes of the stallion in question. For example, to Green Desert, she produced Haydock Sprint Cup winner Invincible Spirit while visits to Danehill supplied Kodiac and the high-class two-year-old Massarra. Yet to Shirley Heights, she foaled the high-class 1m4f – 1m6f winner Sadian and to Generous, a talented chaser in Fnan.

Massarra joined the Coolmore fold in 2009 when sold to MV Magnier for 600,000gns but not before she had foaled the Group 1-winning juvenile Nayarra, winner of the Premio Gran Criterium, for Prince Faisal. And with a switch to Coolmore came a number of opportunities with Galileo, to whom she later produced Superlative Stakes winner Gustav Klimt, now a stallion at Coolmore’s Castle Hyde Stud, Silver Flash Stakes winner Wonderfully, Listed winners Blissful and Cuff and the Group 1-placed Mars.

Rafha’s filly of 2003, Acts Of Grace, inherited plenty of her family’s talent, winning three races for John Dunlop including the Princess Royal Stakes at Ascot. But by contrast, the daughter of Bahri had until recently done little to add to the family’s reputation at stud in a career that has yielded just three minor winners across both hemispheres; indeed, the mare recently changed hands for only A$35,000 at the Inglis Australian Broodmare Sale.

One of those winners, however, was the Raven’s Pass mare Contradict, a winner off 71 at Salisbury in May 2013 who went on to run fourth in the Listed Height Of Fashion Stakes at Goodwood. Mishriff is the third foal out of the mare after two other smart sorts in the Listed Prix de Saint Patrick winner Orbaan and last year’s Craven Stakes runner-up Momkin (by Bated Breath). Interestingly, Orbaan is a son of Invincible Spirit, meaning that he is inbred 2×3 to Rafha.

“Rafha proved to be a remarkably successful and versatile broodmare”

Having begun his stud career at a fee of €20,000, Make Believe stood the past season at Ballylinch Stud for €12,000, a figure that appealed as fair value even before Mishriff jumped up as a first-crop Classic winner.

Make Believe had been an elite miler for Andre Fabre, defeating the likes of New Bay, Highland Reel and Muhaarar when winning the Poule d’Essai des Poulains on his fourth start before further underlining his class by setting a new track record in the Prix de la Foret.

Well supported at stud by Ballylinch Stud as well as Prince Faisal himself, Make Believe had a group of 88 first-crop two-year-olds to represent him in 2019 and he went on to show up particularly well among his peers when firing in three individual juvenile stakes winners.

They included the tough Rose Of Kildare, a bargain €3,000 yearling who landed the Group 3 Firth Of Clyde and Oh So Sharp Stakes for Mark Johnston, and Ocean Fantasy, successful in the Group 3 Preis der Winterkonigin, Germany’s leading contest for juvenile fillies. Then there was Tammani, a fitting winner of the Listed Prix Isonomy for Prince Faisal.

Make Believe ended the year with a figure of 7% stakes winners to runners to his credit – and as the stud’s marketing was quick to remind us, surely better was around the corner given how the horse himself had improved 35 pounds from two to three.

As it turned out, one such representative was John Gosden’s Mishriff, who had ended his season by running out the ten-length winner of his maiden at Nottingham. A versatile and genuine customer, he began this season by running second on dirt in the inaugural Saudi Derby at Riyadh before winning the Listed Newmarket Stakes back on home territory in emphatic style.

Sunday’s victory, achieved by close to two lengths over The Summit and Victor Ludorum, was very much in the style of a progressive colt and in a year where Invincible Spirit and Kodiac are never going to be far from the news, it doesn’t take too much imagination to envisage Mishriff going on to further Group 1 glory and add yet greater lustre to the Rafha legacy. 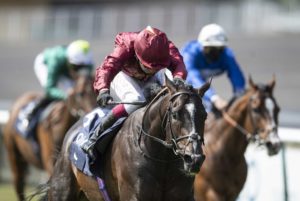 Up Next
Figures confirm Kitten's Joy as an elite sire