Japanese racing has transcended the sport’s international media throughout the year as interested onlookers monitor the progression of the nation’s top three-year-old colt and filly Contrail and Daring Tact. Both are unbeaten winners of their respective Triple Crowns – indeed, Contrail is only the third unbeaten winner of the Japanese 2,000 Guineas, Derby and St Leger in Japanese racing history.

Their presence enhances a domain lit up by the champion older mare Almond Eye. Suffice to say, the anticipated clash between the trio in next Sunday’s Japan Cup will be a race to savour.

Almond Eye has been the poster girl of Japanese racing for several years, but currently she is gaining competition in that department from Sunday Racing’s four-year-old filly Gran Alegria, a star of the sprint and miling divisions and one worthy of increased international scrutiny.

Yet another brilliant performer by the much-missed Deep Impact, Gran Alegria was named Japan’s best three-year-old filly of 2019 following her victory in the Oka Sho (Japanese 1,000 Guineas). However, she has really flourished during a light but productive campaign this season for trainer Kazuo Fujisawa, notably when upsetting Almond Eye in the Group 1 Yasuda Kinen at Tokyo in June before following up in last month’s Group 1 Sprinters Stakes at Nakayama, in which she became the first Group 1 winner for her sire over a distance as short as six furlongs. 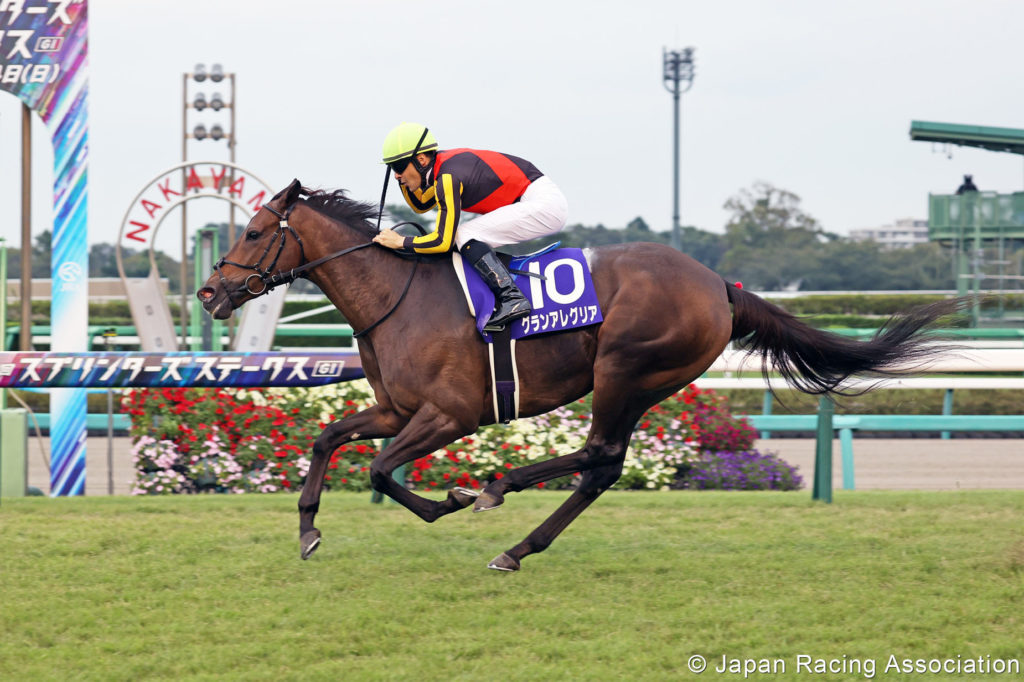 Her latest assignment, Sunday’s Mile Championship at Hanshin, was a typically competitive affair with 17 runners, among them 2019 winner Indy Champ, the Classic-placed Salios and last year’s champion two-year-old filly Resistencia. Not that the level of competition provided any barrier to Gran Alegria. Despite encountering trouble in running, the filly powered past Indy Champ to score cosily by three-quarters of a length without jockey Christophe Lemaire having to get too serious. Another Group 1 winner, Admire Mars, was put in his place in third.

In the process, she became only the eighth horse in JRA history to claim both Group 1 mile titles – the Yasuda Kinen and Mile Championship – in the same year and only the third to land the Sprinters Stakes – Mile Championship double.

“She’s matured and a lot easier to ride now being a four-year-old,” Lemaire told Japanese media. “She was relaxed and we had a good trip until the last turn where, as a favourite you’re marked and it so happens we weren’t able to make our move to the outside smoothly for the stretch run.

“I was a little worried but the way she exploded into gear in the last 150 metres, it just shows how powerful she is and I’m looking forward to a great season from her as a five-year-old.” 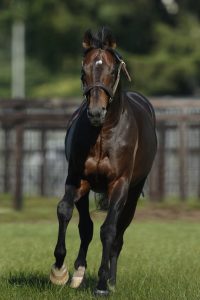 Gran Alegria is the only Group 1 winner for Deep Impact over 6f. Photo: Shadai Stallion Station

Gran Alegria and Contrail are the latest in a long line of champions for the late Shadai heavyweight Deep Impact. The son of Sunday Silence is on course to land his ninth consecutive Japanese sires’ championship, not only by earnings but in terms of number of stakes winners as well.

This year will also feature his first top ten finish as a leading Japanese broodmare sire. His oldest daughters are still relatively young at 12 but their haul already includes Classic winner Kiseki.

As European breeders are aware, such was Deep Impact’s hold over the Japanese racing scene that it didn’t take long for the stallion to attract the attention of international interests. Coolmore fared particularly well out of using him, with the likes of Saxon Warrior, Fancy Blue and September rewarding the decision to send a select but high-profile group of mares to Hokkaido. Illness meant that Deep Impact only covered 24 mares during his final season in 2019 but Coolmore were among the lucky ones, with those ultimately in foal including champion Minding, Saxon Warrior’s dam Maybe (a champion in her own right) and the fellow Group 1 winners Hydrangea and Rhododendron. Each produced a live foal in Europe this year.

Saxon Warrior remains the only son available at stud in Ireland and in line with his race record, which was highlighted by wins in the 2,000 Guineas and Racing Post Trophy, was one of the most popular new recruits of 2019, when his debut book featured 141 mares.

Breeders evidently liked what they saw of his first foals, given that he covered an increased book of 166 mares this season at a fee of €27,500. The commercial market represents the next test and for that Saxon Warrior boasts plenty of ammunition, with 11 remaining entries at this week’s Tattersalls December Foal Sale and another nine at Goffs next month.

The Niarchos family, who have held a presence in Japan since the days of Hector Protector during the early 1990s, were also quick to support Deep Impact, and with excellent results highlighted by Study Of Man. A member of their outstanding Miesque family, Study Of Man enjoyed his finest moment when successful in the 2018 Prix du Jockey Club and now holds the distinction of being the only British-based son of his sire at Lanwades Stud in Newmarket.

Perhaps it is too much to expect Deep Impact to leave a son of an importance approaching himself. However, some encouragement for the horse’s legacy as a sire of sires can be gleaned by the starts made by several of his younger sons, notably last year’s Japanese champion first-crop sire Kizuna, who is responsible for seven stakes winners overall, and Real Impact, who became the first son of Deep Impact to sire a Group 1 winner when Lauda Sion obliged in the Tokyo NHK Mile Cup in May. And among this year’s Japanese first-crop sires sits Mikki Isle, whose first progeny include the unbeaten dual Group 3 winner Meikei Yell.

Contrail will undoubtedly be extremely popular when he retires to stud. As well as being hugely talented, he is also out of an Unbridled’s Song daughter of top American two-year-old Folklore and therefore a member of the family also responsible for recent Breeders’ Cup Juvenile winner Essential Quality.

Coolmore successfully utilised Deep Impact as an outlet for some of their Galileo mares but in Contrail and Gran Alegria, there are further examples of his ability to click with classy American, dirt-orientated blood.

Japanese interests have long targeted the Kentucky winter breeding stock sales – this year was no different with eight million-dollar lots bought to go to Japan at the Fasig-Tipton November Sale and another $11 million dropped by buyers on stock at Book 1 of the Keeneland November Sale.

Tapitsfly, the dam of Gran Alegria, was one such mare when purchased by Katsumi Yoshida for $1.85 million at the 2012 Fasig-Tipton November Sale.

Her sire, Tapit, is typically known as a dirt influence but Tapitsfly was highly accomplished on turf for Dale Romans, her seven victories including the 2009 Breeders’ Cup Juvenile Turf and 2012 Grade 1 Just A Game and First Lady Stakes.

Frank Jones’ homebred was produced when Tapit stood his second season for just $15,000 and was thus an influential cog in his rise towards elite status. Tapitsfly also proved how effectively Tapit could upgrade his mares; she is by far the best of three winners out of four-time scorer Flying Marlin, a daughter of top turf runner but disappointing sire Marlin, and the only Group or Graded stakes winner within four generations of her family.

Gran Alegria is only the first foal out of Tapitsfly. Sadly though, the mare died young, leaving behind only two foals. The other is a full-brother to Gran Alegria named Blutgang, who hasn’t been seen since making a winning debut at Tokyo in June last year. 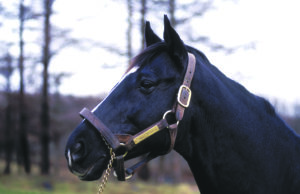 Up Next
Inbreeding to Sunday Silence breaks new ground