When Shamardal left this world last week he was comfortably among the top ten most prolific European sires of Stakes winners since the Pattern began. Thus far he has accumulated 120 black-type winners, including 20 at Group/Grade 1 level, from his Kildangan and Dalham Hall bases – he stood at Dalham Hall in 2008 for his third season while Dubawi went the other way for the season.

And it’s quite possible, indeed probable, that Shamardal will move ahead of Caerleon (120), Danehill Dancer (130), Dansili (132) and Pivotal (146) in the coming years, given his current trajectory.

If he does manage to add another 26-plus black-type winners to his tally, which is highly likely given the fact that he sired 16 new black-type winners in 2019 alone, he’ll occupy fifth place on the all-time leader board, behind only the Coolmore trio of Sadler’s Wells, Galileo and Danehill, plus his roster mate Dubawi.

There is no reason to doubt that his effectiveness and efficiency as a sire is on the wane either. You just have to marvel at his achievements with his most recent crop, which for the first time in the history of the Pattern produced three individual Group 1-winning juveniles in Pinatubo, Earthlight and Victor Ludorum.

It says everything about a stallion that he can keep coming up with ever better runners as he advances toward old age. And in the undefeated Champion juvenile Pinatubo, rated 134 by Timeform – the highest since Celtic Swing’s 138 in 1994, Shamardal has a horse worthy of pole position on his list of major winners. Of course, the plaudits for Shamardal in 2019 were not all provided by his three Group 1-winning youngsters, there was the little matter of Blue Point winning both the Group 1 sprints at Royal Ascot. His due reward was a Timeform mark of 131, placing him in second spot among Shamardal’s northern hemisphere foals.

So, in the space of six months last year, the Darley sire’s top ten horses look more befitting of one of the best stallions in recent times. They have a combined top ten average rating of 125.3, which again puts him among the best ten sires in a generation.

Of course, Blue Point and Pinatubo were not the first Shamardals to reach the Timeform 130 mark. That honour went to his Hong Kong star Able Friend, a member of his sire’s third southern hemisphere crop. Shamardal shuttled to the Hunter Valley five times over the course of six seasons, from where he produced another 26 black-type winners including five Group 1 winners.

The three metrics that serve to underscore Shamardal’s prowess as a sire are his number of black-type winners, the rate at which he produces them and their underlying quality. His 120 black-type winners make up 12% of his runners and those with a Timeform rating have an average score of 114.1. There are precious few sires that can maintain a strike rate of 10% black-type winners to runners or better. 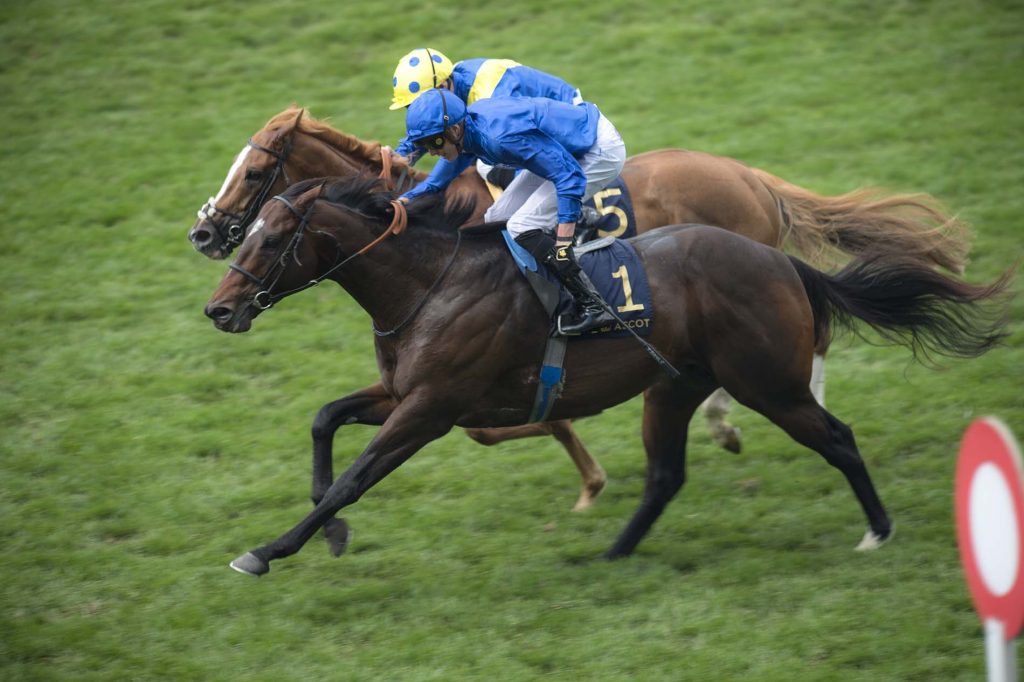 Blue Point just holds on from Dream Of Dreams in the Diamond Jubilee Stakes in 2019 – Photo: George Selwyn

Among active sires only Galileo, Frankel and Dubawi can beat him on that particular score, while Sea The Stars is the only other sire with a higher average Timeform rating for his Stakes winners. Given his profile as Dewhurst winner who stayed a mile-and-a-quarter, it’s surprising that Shamardal’s northern hemisphere stock don’t stay a little further.

It’s true that many most of his best runners were seen at their best over ten and 12 furlongs, but it has always been the case that the bulk of his runners preferred shorter trips as the average winning distance of 8 furlongs for his stock aged three and up suggests. This propensity towards speedier stock is also underlined by the fact that his runners’ siblings have recorded a stamina index of 9.3 furlongs. And, of course, we have Pinatubo and Blue Point, neither short of speed.

This relative speed bias compared to the sires mentioned above – Galileo (10.9 furlongs), Frankel (9.6), Dubawi (9.2) and Sea The Stars (10.6) – is also the reason he’s not closer to peers’ ratios of black-type winners, as it is statistically easier to become a Stakes winner beyond a mile in Europe. Interestingly, Shamardal shows the same speed bias in Australia.

As in all analysis, context is key: 12% stakes winners is far more significant if it represents an improvement on expectation and what was expected of Shamardal’s runners was around 10%, the score posted by his offsprings’ siblings. He also improved on the 5.8% Group winners of his mares’ other runners, posting 6.3%. Moreover, his scores with elite mares (those in the top 15% of the broodmare population) are even higher at almost 16% Stakes winners to runners.

So, Shamardal has pretty much done it all as a sire, but where will we be most likely to see his name in future pedigrees? The omens are good there too. He has already eight sons that have sired at least one Stakes winner and some top prospects yet to try their hand at stud. But they will do well to match the early exploits of Shamardal’s first-crop son Lope De Vega, himself also a paid-up member of the 10% club.

Perhaps even more impressive are Shamardal’s broodmare daughters – not a total surprise given that his daughters are always more likely to become Stakes winners. With 32 northern hemisphere Stakes winners, including four at Group 1 level, produced at an excellent rate of 7.6%, Shamardal has made a very strong start. Put in context, it’s better than Pivotal’s 6.5% and not far off Galileo’s 7.9%, both rightly regarded as excellent broodmare sires.

Shamardal’s remaining crops may be small but they are full of quality, so we can expect upward pressure on his 12% Stakes winners. And there may also yet be significant changes among his top-ten rated runners. 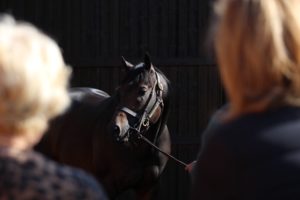 Up Next
Twilight Son out to extend Pivotal legacy