Protecting prize-money in the top tier is vital
Exclusive Columns

Tally-Ho Stud have long prided themselves on offering breeders a roster weighted towards juvenile talent, so the past week is likely to have been extremely rewarding for all those associated with the O’Callaghan family’s operation.

Particularly impressive was Sheikh Hamdan’s Minzaal, who took the step up from maiden company to the Gimcrack Stakes in his stride, making light of a tardy start to cruise clear as part of Jim Crowley’s four-timer on Friday. Just for good measure, another son, Mystery Smiles, ran third.

Then on Saturday, Acklam Express clung on in game style to land the Roses Stakes by a nose, thereby demonstrating the speed and tough attitude that has become associated with some of Mehmas’s better runners.

Yet the stud’s flagship sire Kodiac was not to be outdone. Two-year-olds Umm Kulthum and Devilwala, both of whom were bred and sold by Tally-Ho, were placed in their respective assignments, the Lowther and Gimcrack Stakes, while another son, Nomadic Empire, took third in the Roses Stakes.

Capping the week, however, was Campanelle’s all-the-way win under Frankie Dettori in the Prix Morny. In victory, Wesley Ward’s raider became the fifth Group 1 winner for Kodiac and the fifth winner bred/and or sold by Tally-Ho in the past 13 years after Bushranger, Myboycharlie, Dream Ahead and Unfortunately.

Kodiac set a world record for the number of two-year-old winners when firing in no fewer than 60 back in 2017 and is already in pole position to land another juvenile sires’ title this year, both domestically and across Europe; his European two-year-old statistics read 29 winners, of which five are stakes scorers, for nearly £470,000 in earnings.

However, Mehmas is doing a fine job as the young pretender. With the winners of almost £360,000 to his credit, the son of Acclamation sits in second on the leading European two-year-old sires’ list and is the overwhelming leader among his contemporaries. Indeed, it is very hard to see him being denied the champion first-crop sires championship.

Of course, Mehmas does have plenty of ammunition behind him and numerically speaking, has had every opportunity to do well. He was a precocious horse himself as an 170,000gns breezer who went on to win the July and Richmond Stakes during his single season of racing for Richard Hannon. In short, he represented an extremely commercial package and so while the decision to retire him straight to stud following his two-year-old season was not warmly greeted by the purists, from a commercial perspective it was an understandable move. Attracted by his race record, strong physique and pedigree, he attracted a volume of breeders in his first year at a fee of €12,500 to the extent that he has 146 two-year-olds on the ground.

So far, 69 of them have made nearly 190 starts between them. A total of 21 have won, including four who have gone on to score in stakes company – namely Method (Rose Bowl Stakes), Supremacy (Richmond Stakes), Minzaal (Gimcrack Stakes) and Acklam Express (Roses Stakes). His very first winner, Muker, has also been Listed-placed.

One appealing aspect of Mehmas’s profile when he retired to stud was his background. As a son of Acclamation and out of a Machiavellian mare, he is bred on the same cross as Dark Angel, another horse retired to stud as a two-year-old who has developed into a real force for Yeomanstown Stud. Indeed, he currently splits Sea The Stars and Dubawi in third on the leading European sires’ list on a prize-money total of approximately £1.7 million, a figure that was buoyed further at York last week by the second successive victory of his son Battaash in the Nunthorpe Stakes.

Further to that, Machiavellian is also developing into an extremely positive influence when it comes to stallions. 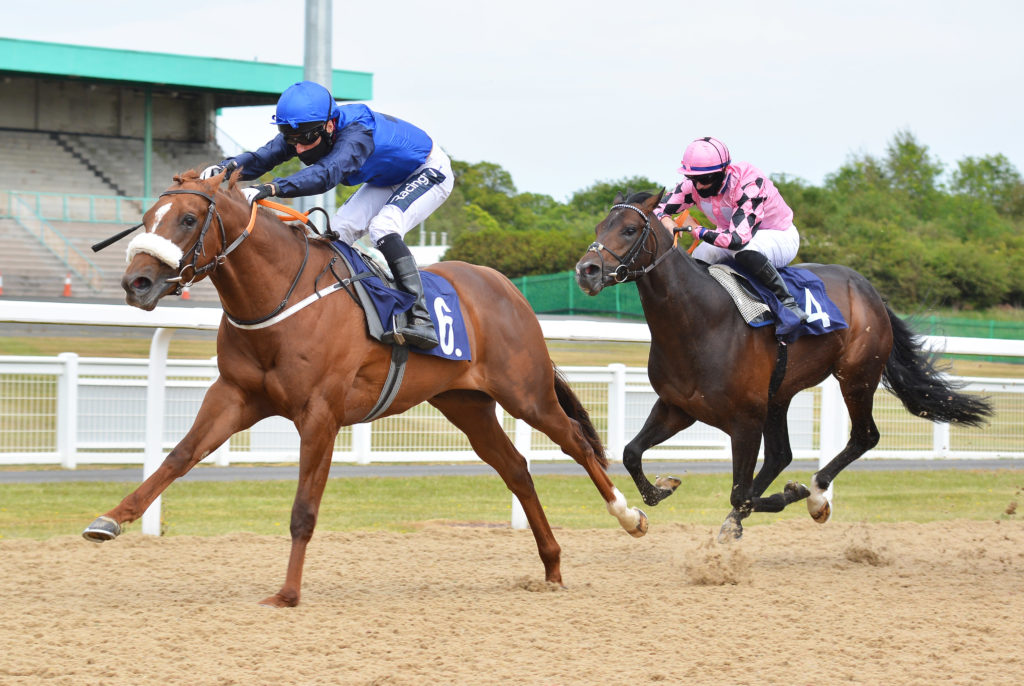 Dark Angel is one proven example. Shamardal, meanwhile, is also out of a Machiavellian mare as is Zoffany. Lest we also forget that one of Shamardal’s best sons, Lope De Vega, is also inbred 3×3 to Machiavellian and that one of his first stakes winners, Sirenia Stakes scorer Burnt Sugar, is out of a mare by Titus Livius – also by Machiavellian.

For much of his stud career, Machiavellian acted as a high-end entry into the Mr. Prospector sire line for European breeders. Not all sons of Mr. Prospector worked in Europe – for example, one early son, Hello Gorgeous, did plenty to damage his sire’s reputation over here – but Machiavellian, who spent the whole of his stud career at Dalham Hall Stud in Newmarket, went as far as to leave a legacy, not only as the sire of 13 Group/Grade 1 winners but as a sire of sires and successful damsire. Allied with the likes of Kingmambo, Gone West and Seeking The Gold, whose son Dubai Millennium lives on through Dubawi, Machiavellian today remains a valued conduit for the Mr. Prospector line.

That Machiavellian should have been the son of Mr. Prospector to succeed in Europe is no great surprise in hindsight. A good-looking colt, he had been one of his sire’s most accomplished runners in Europe, a champion two-year-old for Francois Boutin who had captured the Prix Morny and Prix de la Salamandre. The Niarchos-bred was also backed up by one of the best families in the Stud Book as a son of the Halo mare Coup De Folie, a granddaughter of Northern Dancer’s dam Natalma who was inbred to the blue hen Almahmoud. Such a powerful tapestry of bloodlines undoubtedly stood him in good stead at stud and could well be playing a part in his influential status today.

Stallion selection encompasses a number of variables overall, of which the damsire is understandably quite often one of the least important. But several horses in history have exerted a major influence in that capacity; think Secretariat, the damsire of Storm Cat, A.P. Indy and Gone West among others, and Miswaki, damsire of the outstanding siblings Galileo and Sea The Stars in addition to fellow Group 1-producing sires Dalakhani, Hernando, Dr Fong and The Factor.

With three grandsons, namely Dark Angel (3rd), Shamardal (8th) and Zoffany (11th), proven as Group 1 sires and currently sitting within the top 12 European sires, Machiavellian is now carving a similar path nearly 20 years on from his death. And while it remains very early days still for Mehmas, it would be folly to bet against him becoming the next one to join that high-flying group. 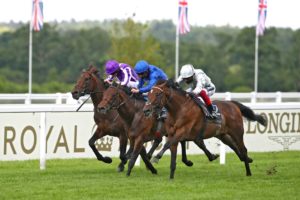 Up Next
Protecting prize-money in the top tier is vital