Let’s continue to savour the stayer 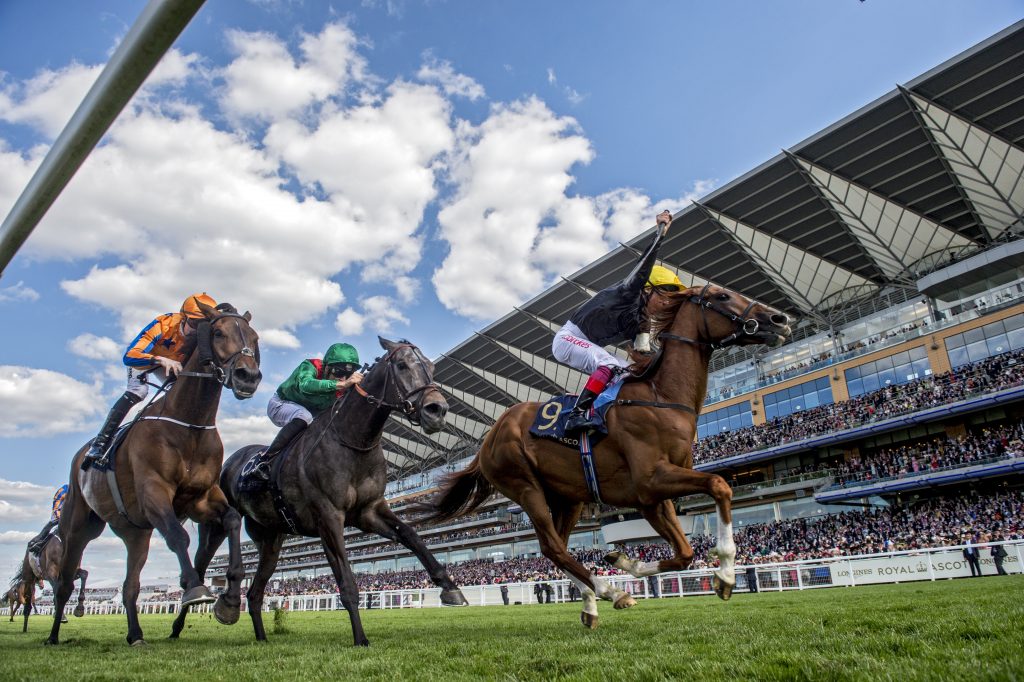 We live in a world of strange The stallion drops out of service with contradictions. For many 20 mares in foal for this season at a fee breeders, the idea of producing of 40,000,000 yen (£273,000), among a Derby winner is the ultimate. Yet when it comes down to it, very few actively decide to go down that route. And that’s very understandable when the market continues to reward the combination of speed and precocity with such consistency.

Even so, it’s a measure of how upside down our industry has become that you can have a Derby winner struggling for patronage whilst an array of sprinters and/or fast but limited two-year-olds consistently cover three-figure books. With that in mind, it was good to see Ruler Of The World, one of the best-bred Derby winners of recent years, come up with a filly of the quality of Fillies’ Mile heroine Iridessa out of a first crop of 44 foals. In his case, such a dearth of representation was the result of an injury that halted his 2015 season. However, he hasn’t exactly caught the imagination of breeders since then judging by the size of his recent books, which numbered 69 and 47 in 2017 and 2018.. Hopefully Iridessa has helped remedy that.

We all know the financial pressures that come with breeding racehorses, especially for those operating in the middle to lower ranges. It’s not an easy game, and one that is arguably becoming more polarised in favour of the bigger players. When faced with such challenges, ‘commercial speed’, often via first-crop sires (safer bets in that they have yet to do anything wrong), understandably becomes even more attractive.

But surely diversity is key to the health of the breed. And from a racing perspective, there is also much positivity to be gleaned from the longevity of stayers, many of whom build up a strong following with racegoers. In addition, there continues to be no shortage of demand from international markets for those progressive middle-distance horses to complement the traditional interest from the jumps community. Overall, there’s a fair bit of money to be made with those types if the cards fall right.

Those efforts from the TBA and BHA, among them significant enhancements to the stayers’ racing programme, will hopefully continue to address the issue.

Meanwhile, the British staying division couldn’t really have a better flag-bearer than Bjorn Nielsen’s admirable homebred Stradivarius. On a sunny late March day in Newmarket, the son of Sea The Stars was paraded at John Gosden’s Clarehaven Stables to promote the second year

of the £1 million Weatherbys Hamilton Stayers Million, a prize that he swept last season with a series of tough, popular performances.

Launched as another measure to incentivise the breeding and ownership of staying horses, it is good to see the series back on the table this year and with an expanded set of qualifying races. This year’s octet began with the Dubai Gold Cup at Meydan, won by Cross Counter in a performance that promised much for the rest of the season, notably the prospect of a clash with Stradivarius down the line. That would really be something to savour, not just for the health of the staying division but for racing as a whole.

A glimpse into a bloodstock world without Deep Impact was alarmingly forthcoming last month with the news that the Shadai Stallion Station had been forced to curtail the stallion’s current season due to a ‘neck injury’.

Hopefully, this enforced absence doesn’t evolve into anything more sinister for the stallion.

Deep Impact has dominated the scene in Japan since his first crop hit the track in 2010 and with his prowess now well recognised on an international level, his popularity with the world’s leading breeders has never been stronger.

Perhaps his younger stud-mate Lord Kanaloa will come to secure his share of international respect. Despite his excellent start, however, he still has a long way to go before he assumes the importance of Deep Impact.

All of which makes the hunt for an heir to Deep Impact suddenly that bit more urgent. Shadai have taken no chances with six Group 1-winning sons at their disposal, including international performers Kizuna, Real Steel and Real Impact, while Lex Stud is home to Prix d’Ispahan. Outside of Japan, Real Impact and Mikki Isle shuttle to Arrowfield Stud.

Of course, in this part of the world, breeders have the option of Coolmore’s Saxon Warrior, one of several European- based sons alongside Martinborough, Barocci and Albert Dock. Batsford Stud also deserve credit for introducing Danon Ballade to British breeders last year; ironically, it was his promising start with his first runners that prompted his repatriation to Japan for the 2019 season.

Comparatively speaking, Danon Ballade has been the most productive son of Deep Impact at stud, having arguably made a brighter start than Japanese Derby winner Deep Brillante, so far sire of a single stakes winner.

Now the focus switches to fellow Group 1 winners Kizuna, Real Impact and Spielberg as their first juveniles take to the track. In that respect, we are coming up to crunch time on how Deep Impact’s reputation as a sire of sires will unfold.

In the meantime, here’s hoping that Deep Impact will be back to court some of the world’s best mares next year.

Up Next
Background boy de Sousa now leading from the front