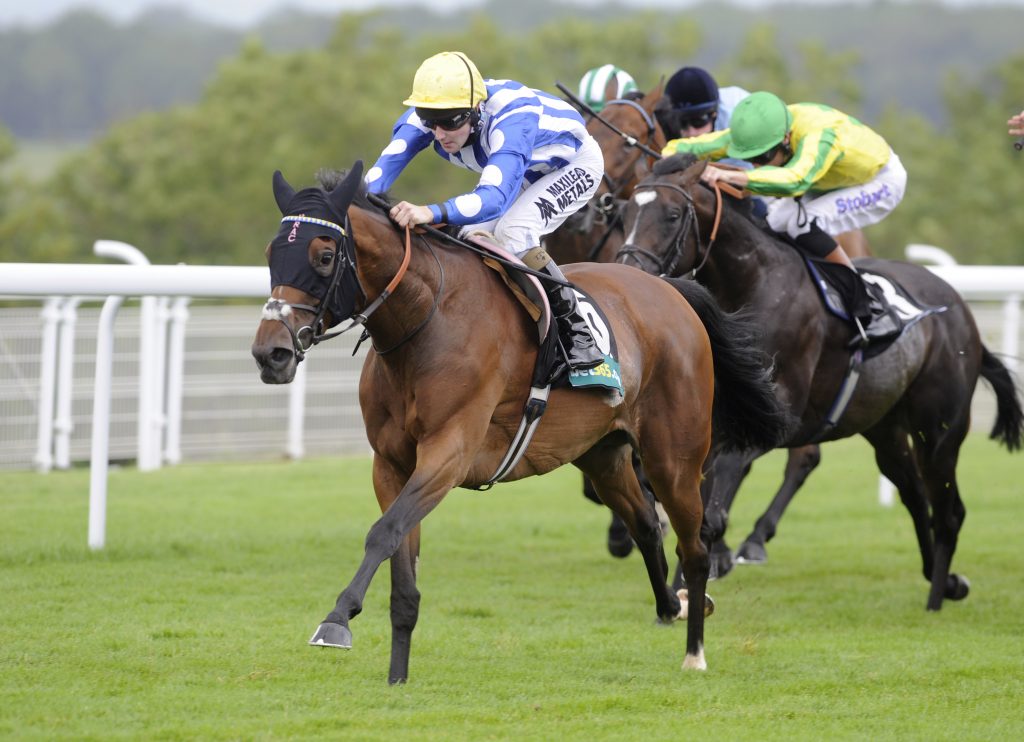 Galileo’s outstanding association with the Mariah’s Storm family consists of Gleneagles, Marvellous, Happily and Decorated Knight. Yet for all his success with mares belonging to the Storm Cat line, the Coolmore phenomenon has made a negligible impact when it comes to daughters of Mariah’s Storm’s celebrated son Giant’s Causeway.

That is until last Saturday when Klassique, the second foal out of Tony Evans’ Matron Stakes winner Chachamaidee, by Footstepsinthesand, broke through for Yvonne Jacques in the Group 3 Pinnacle Stakes at Haydock Park.

Galileo has had his share of exposure with Giant’s Causeway – there are 11 winners from 26 foals of racing age bred on that exact cross – but the same can’t be said of Footstepsinthesand, whose daughters are collectively responsible for four starters by Galileo.

Chachamaidee was one of the highlights of a solid first crop for Footstepsinthesand, who had retired unbeaten for Coolmore in three starts following his victory in the 2005 2,000 Guineas. Installed at a fee of €25,000, the most he has ever commanded, Footstepsinthesand came up with eight stakes winners out of that first crop, among them the highly touted Steinbeck, who later won at Group 1 level in New Zealand when renamed Pure Champion, and Italian Group 1 winner Shamalgan.

“This is a family that has fared well in varied hands”

It is the Sir Henry Cecil-trained Chachamaidee, however, who remains the stallion’s sole Group 1 winner in Britain and Ireland by virtue of her victory in the 2012 Matron Stakes, won on the disqualification of Duntle.

By all accounts, it was a decision that split opinion at Leopardstown that day. Yet no one could argue that Chachamaidee wasn’t deserving of a Group 1 bracket. Tough and evidently sound, she had been precocious enough to run third in the Albany Stakes at Royal Ascot as a two-year-old before progressing through the ranks at three, four and five, landing such events as the Oak Tree, Chartwell Fillies’ and Lennox Stakes along the way. Sporadic tries in Group 1 company had also yielded a placing in the Sun Chariot Stakes behind Sahpresa.

Chachamaidee had been bred by the Hirschfelds’ Cheval Court Stud out of Canterbury Lace, bought by Tony Hirschfeld for 60,000gns as an unraced two-year-old. When the stud decided to cash in off the back of Chachamaidee’s three-year-old season, the mare boasted the additional allure of being a half-sister to the 2005 1,000 Guineas heroine Virginia Waters and was once again back in foal to Footstepsinthesand. Lightning did indeed strike twice; bought for 420,000gns by Barronstown Stud, the filly she was carrying at the time turned out to be J Wonder, winner of the 2014 Fred Darling Stakes for Andrew Rosen and Brian Meehan. In what has been a strong period for the family, J Wonder’s first foal, Godolphin’s Boccaccio, made a winning debut at Yarmouth late last month for Charlie Appleby. The son of Dubawi has a fair way to go if he is to justify his 850,000gns yearling price tag but he could do no more that day than win well.

This is a family that has fared well in varied hands since its days with Elizabeth Burke’s Stackallan Stud in Country Meath.

For starters, it provided Sheikh Mohammed with one of his first major fillies in High Hawk, the best runner produced by Klassique’s fifth dam Sunbittern. Stackallan bred Sunbittern, by Sea Hawk, out of Pantoufle, and campaigned her to win three races and run fourth in the Cheveley Park Stakes as a two-year-old. Temperament issues restricted Sunbittern’s three-year-old season – on one occasion she simply refused to race – but she was swift to redeem herself at stud as the dam of High Hawk, whose progressive three-year-old campaign for John Dunlop in 1983 ranged from a spring Folkestone maiden to victories in the Ribblesdale, Park Hill and Premio Roma. In turn, the daughter of Shirley Heights later excelled at stud as the dam of In The Wings, Morozov and Hunting Hawk.

With High Hawk’s three-year-old season in the books, Sunbittern’s progeny became prized commodities. One such animal was High Tern, the mare’s 1982-foaled daughter of High Line who made 420,000gns as a yearling. She owned a fraction of High Hawk’s ability, winning a Warwick maiden and a Thirsk handicap, and wound up selling in 1996 for just 6,500gns to Kern/Lillingston Association having bred three minor winners for Sheikh Mohammed Obaid al Maktoum. Waiting in the wings, however, was her seventh foal, a High Estate colt named High-Rise, as well as a Deploy granddaughter Zomaradah – both blossomed into Classic winners during an annus mirabilis for Sheikh Obaid and Luca Cumani in 1998, with High-Rise landing the Derby just days after Zomaradah’s success in the Oaks d’Italia. 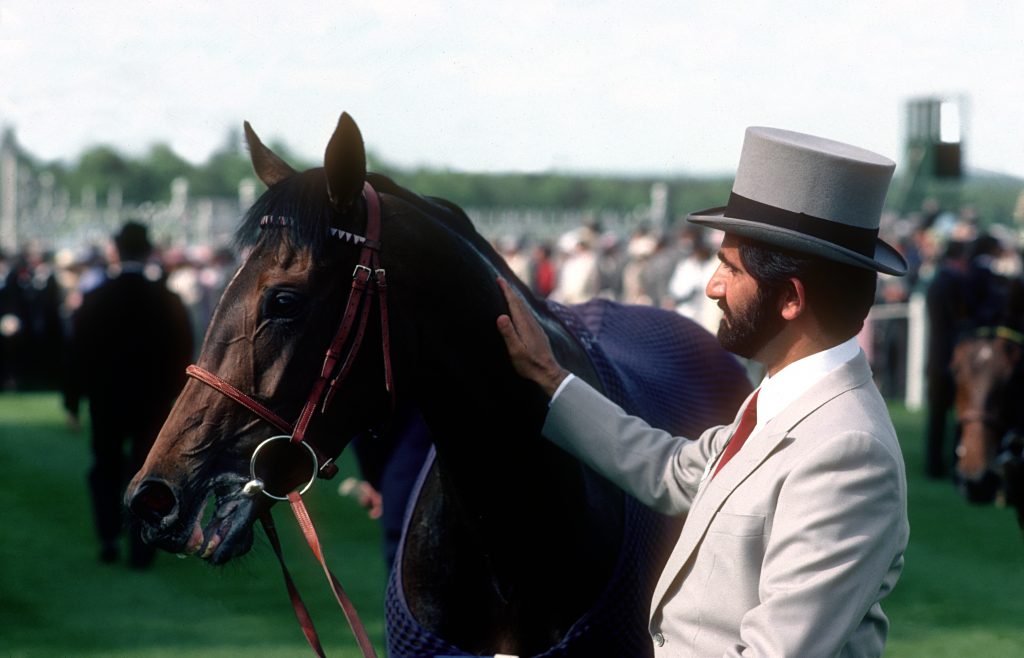 Of course, Zomaradah is better known today as the dam of Dubawi.

Stackallan retained High Hawk’s younger sister High Spirited and raced her with John Dunlop to win two races up to two miles. Although she failed to match High Hawk’s achievements on the track, she did follow her example at stud by becoming an important mare for Burke and Sir Thomas Pilkington, primarily as the dam of Clive Brittain’s 1996 King Edward VII Stakes winner Amfortas and the 1997 Prix du Royaumont winner Legend Maker, subsequently the dam of Virginia Waters alongside Canterbury Lace.

“Zomaradah is better known today as the dam of Dubawi”

As far as Legend Maker was concerned, Chachamaidee sparked the beginning of a successful association between her family and Giant’s Causeway that continued to manifest itself for several years afterwards. On the one hand, Giant’s Causeway clicked with Virginia Waters to produce Listed winner Emperor Claudius, by far the best runner produced during his dam’s underwhelming stud career to date. Footstepsinthesand also sired the Group 1-placed Celestial Path out of Canterbury Lace’s placed daughter Miss Kittyhawk, while the mare herself later worked with Giant’s Causeway to produce Group 3 winner Chief Whip. Her latest produce, a two-year-old colt by American Pharoah named Spanish Chestnut, is with Aidan O’Brien.

Klassique was bought by Brian Grassick Bloodstock on behalf of Yvonne Jacques for 300,000gns as a yearling and is the second foal bred by Tony Evans out of Chachamaidee following an unraced year older sister named For Henry. She is followed by a three-year-old Dubawi filly named Narak, who is with George Scott, and a yearling colt by Dubawi. Given Dubawi’s success when crossed back to Sunbittern – think Too Darn Hot, Wuheida, Old Persian, Left Hand and Rare Rhythm in addition to Space Blues and Boccaccio – it will be interesting to see what such a move can yield in the case of Chachamaidee.

As for Klassique, she joins Anapurna, Sir Dragonet, Axana and Out Of Time as European Group winners of 2019 to be inbred to Sadler’s Wells. Other current performers include Madhmoon, Line Of Duty and Wonderment alongside the mighty Enable. Safe to say we’ll see plenty more of this pattern as time goes on. 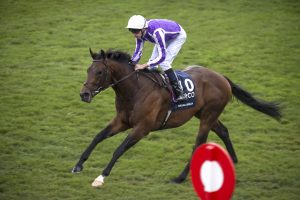 Up Next
Galileo supremacy flowing ever stronger through daughters