King’s heirs not best in the west 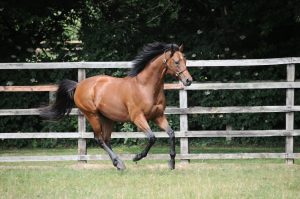 From a timing viewpoint, the sad death of Archipenko late last year was unfortunate on several levels. For a start, this very well-bred horse was still only 13. His demise also came before his 2016 crop – likely to be his best so far – had had a chance to showcase his abilities as a sire, which had been highlighted back in 2014 by Madame Chiang’s success in the Group 1 British Champions Fillies & Mares Stakes. And the announcement of his death also coincided with the excellent form being shown by his former English-trained son Time Warp in Hong Kong, where he has added a second Group 1, the Citi Hong Kong Gold Cup, to his December victory in the Longines Hong Kong Cup.

Another aspect of Archipenko’s death was that it possibly signalled the end of the Kingmambo male line as a major force in Europe, at least on the Flat. All that’s left are a few inexpensive grandsons in France, including George Vancouver and Pedro The Great (who made an eye-catching start with his small first crop in 2017).

This fade-out by Kingmambo’s male line is all the more surprising in view of the depth of Kingmambo’s Classic success as a stallion. There was a time when only Sadler’s Wells made a bigger impact in the European Classics, with Kingmambo siring two winners of the 2,000 Guineas, in King’s Best and Henrythenavigator, two winners of the 1,000 Guineas, in Russian Rhythm and Virginia Waters, and two of the French 1,000 Guineas, in Bluemamba and Divine Proportions. And it wasn’t just at a mile that he made his mark at Classic level. Divine Proportions stayed well enough to take the French Oaks, while Ulysses’ dam Light Shift took the Oaks. Kingmambo even sired two St Leger winners in Rule Of Law and Encke.

Outside Europe, Kingmambo had two Classic winners over a mile and a half, with Lemon Drop Kid taking the Belmont Stakes and King Kamehameha the Japanese Derby. He was also very ably represented in Europe by the likes of Dubai Destination, Alkaased, Campanologist, Thewayyouare, Okawango and Malhub, as well as Archipenko.

Sons rising in the East
Kingmambo therefore looked to have a better chance than most of establishing a long-lasting male line in Europe but it wasn’t to be. King’s Best was transferred to Japan after the 2012 season, with the move being partly prompted by the success of his son Eishin Flash in the 2010 Japanese Derby. Japan was also the destination for Alkaased and for King’s Best’s Derby and Arc-winning son Workforce.

If the Kingmambo male line is struggling in Europe, the opposite is true in Japan. The credit for keeping the male line very much alive belongs to King Kamehameha, the 2004 winner of the Tokyo Yushun (Japanese Derby)

Dubai Destination, now a respected sire of broodmares, was deemed a disappointment and was transferred to the jumping sector, before being sold to Saudi Arabia. Henrythenavigator also proved generally disappointing and ended up in Russia. Archipenko wasn’t the only son who died comparatively young, as the Gestut Fahrhof-based Campanologist succumbed to colic as a ten-year-old, before he had even had a runner, while Thewayyouare, sire of Toast Of New York, died at the age of 13 in 2018 (Thewayyouare is currently being ably represented in the US by the former French-trained three-year-old filly Thewayiam). Another who died young was the champion Japanese colt El Condor Pasa, who went close to winning the Arc. Colic claimed him as a seven-year-old, after just three seasons at Shadai.

If the Kingmambo male line is struggling in Europe (and the US, where the 22-year-old Lemon Drop Kid has no obvious heir), the opposite is true in Japan, which is proving something of a stronghold for Kingmambo’s sons and grandsons. El Condor Pasa’s brief innings yielded a high proportion of talented performers, headed by a couple of winners of the Group 1 Japan Cup Dirt and a winner of the Japanese St Leger.

However, the credit for keeping the male line very much alive belongs to King Kamehameha, the 2004 winner of the Tokyo Yushun (Japanese Derby).

Now 17, King Kamehameha hasn’t been without his problems in recent years. For example, after siring 182 foals in 2013, he had just 50 born the following year. The story goes that he suffers from genital abscesses and consequently the Shadai team has restricted him to just one or two mares per day. Shadai announced early in 2016 that King Kamehameha would cover a limited book that year. The strategy seems to be working well enough, as King Kamehameha has 96 registered foals in 2017, having had only 71 the previous year.

King Kamehameha was champion sire in 2010 and 2011, since when he has found Deep Impact an immovable object at the head of the stallion list. To his credit, King Kamehameha has finished runner-up to that great stallion every year from 2012 to 2017 and again ranks second to him at an early stage in 2018. In the process he has sired 11 Grade 1 winners, compared to Deep Impact’s dominant total of 33, in a country which stages fewer than 25 Grade 1 races.

A good outcross
King Kamehameha was conceived in the US and has daughters of Last Tycoon and Blakeney as his first two dams, so has a pedigree free of Deep Impact’s ubiquitous sire Sunday Silence. This has proved a considerable advantage at his Shadai base and he owes some of his finest winners to mares from the Sunday Silence line. Daughters of Sunday Silence supplied him with Duramente (2015 Japanese 2,000 Guineas and Derby), Rose Kingdom (2010 Japan Cup) and Belshazzar (2013 Japan Cup Dirt).

Arguably, it is going to be King Kamehameha’s sons which are themselves free of Sunday Silence which have the most to offer the Japanese industry. Two of them – Lord Kanaloa and Rulership – have already shown plenty of potential

Arguably, it is going to be King Kamehameha’s sons which are themselves free of Sunday Silence which have the most to offer the Japanese industry. Two of them – Lord Kanaloa and Rulership – have already shown plenty of potential. 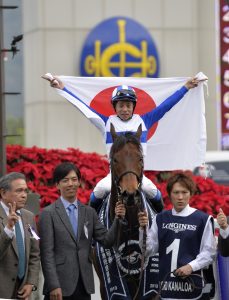 Lord Kanaloa ended 2017 as Japan’s leading first-crop sire, having sired 32 winners from 94 starters, and only Deep Impact finished above him among the sires of two-year-olds. His biggest earner, Stelvio, was runner-up to the unbeaten Deep Impact colt Danon Premium in the Grade 1 Asahi Hai Futurity.

Lord Kanaloa retired to Shadai with the proud record of 13 wins and five seconds from 19 starts, taking the title of Japan’s champion older sprinter at the ages of four and five. He was a dual winner of the Grade 1 Sprinters Stakes at Nakayama and of Sha Tin’s Group 1 Hong Kong Sprint.

Lord Kanaloa was so impressive as a five-year-old in 2013 that he ranked joint-fifth on the Longines World’s Best Racehorse Rankings, his rating of 128 placing him just 2lb below Black Caviar and Treve and 1lb below Orfevre and Wise Dan. He no doubt owed his speed partly to his broodmare sire Storm Cat.

Breeders have understandably flocked to use Lord Kanaloa, with his first three crops numbering 180, 195 and 158 registered foals. He has covered at least 250 mares in each of his first four seasons and his fee for 2018 is ¥8m, which puts him on a par with Sunday Silence’s very successful son Heart’s Cry.

Rulership had taken the first-crop sires’ title a year earlier, ahead of the Kentucky Derby winner I’ll Have Another, and he built on this encouraging start in 2017, when he finished 17th on the general sires’ table despite having fewer starters than all 16 stallions above him. His best win came via his son Kiseki, winner of the Grade 1 Japanese St Leger. Rulership is up to 11th in the standings in early March 2018, thanks to a Grade 2 success from his first-crop son Danburite and a Grade 3 win by his second-crop daughter Tetradrachm.

Rulership wasn’t as talented as Lord Kanaloa but he was still good enough to win the Group 1 Audemars Piguet Queen Elizabeth II Cup over ten furlongs at Sha Tin in 2012.

He also has the attraction of having a very strong female line, as his dam Air Groove and second dam Dyna Carle both won the Yushun Himba (Japanese Oaks). A daughter of the Arc winner Tony Bin, Air Groove also defeated the males in the Tenno Sho Autumn over a mile and a quarter and was second in El Condor Pasa’s Japan Cup.

Duramente is the latest son of King Kamehameha to be added to the Shadai stallion team and he was asked to cover no fewer than 284 mares in his first season in 2017. In addition to his Classic double, he was second to Postponed in the Group 1 Dubai Sheema Classic, and he too has the attraction of coming from an outstanding female line. His first three dams, Admire Groove, Air Groove and Dyna Carle, were all champions in Japan, so he is bred along similar lines to Rulership. He is another plying his trade at a fee of ¥4m.

Another interesting son of King Kamehameha is Rey De Oro, his 2017 winner of the Japanese Derby who has the distinction of having a half-sister to Deep Impact as his second dam. Second in the Japan Cup last November, Rey De Oro stays in training as a four-year-old but will no doubt eventually strengthen the team of King Kamehameha’s sons, in the bid to extend the Kingmambo male line.

It’s hard to imagine, but the Kingmambo male line’s future in Britain and Ireland may well be as a source of good-class jumpers. Workforce returned from Japan to stand his first season at Knockhouse Stud in 2017 and he ought to do well. Another of King’s Best’s sons, Creachadoir, is responsible for the accomplished jumper Footpad and we have seen Kingmambo’s son Kingsalsa sire that smart chaser Captain Conan, while Dubai Destination’s purpose-bred jumpers include the smart young chaser Elegant Escape and the Grade 1-winning hurdler Next Destination. 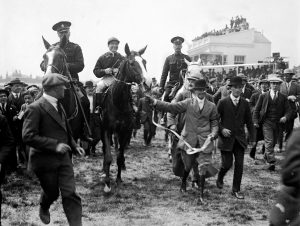 Up Next
Remembering a hero born 100 years ago