Time to take ownership to the next level
Exclusive Columns

Saturday’s Group 3 scorer is the craft of his owner, trainer and breeder and hails from the Saviour family that produced Teofilo

While the achievements of some of the season’s older top soft ground performers were being celebrated at Ascot, there were Classic clues across the Irish Sea at Leopardstown in the shape of the Killavullan Stakes, a normally informative seven-furlong contest for juveniles won in the past by Footstepsinthesand and Grey Swallow.

This year’s winner, Poetic Flare, put an underwhelming effort in the Dewhurst Stakes just one week before behind him with a commanding two-and-a-half length success over Listed scorer Zaffy’s Pride. The trip to Newmarket, which had come off the back of a 201-day break, had obviously done him good as he was more streetwise on this occasion, quickening clear when asked in the manner of a fine prospect.

Poetic Flare is very much the craft of Jim Bolger, his owner, trainer and breeder. Firstly, he is a son of Bolger’s homebred champion Dawn Approach, and one of the best sired during a quiet stud career to date. In addition, he also belongs to the trainer’s Saviour family, the source of another Bolger champion in Teofilo.

Dawn Approach was from the first crop of another Bolger star in New Approach and did plenty to ensure that all important swift start for the stallion by becoming his first winner at the Curragh in March 2012. By the end of the year, he had packed in six wins, among them the Dewhurst, National and Coventry Stakes. It was Bolger at his finest, the master at the helm of another homebred champion and one who was pushing New Approach into a rapid ascendancy at that. And that continued into 2013 as the colt captured the 2,000 Guineas by a wide margin on his seasonal debut before bouncing back from a poor run in the Derby to win the St. James’s Palace Stakes. 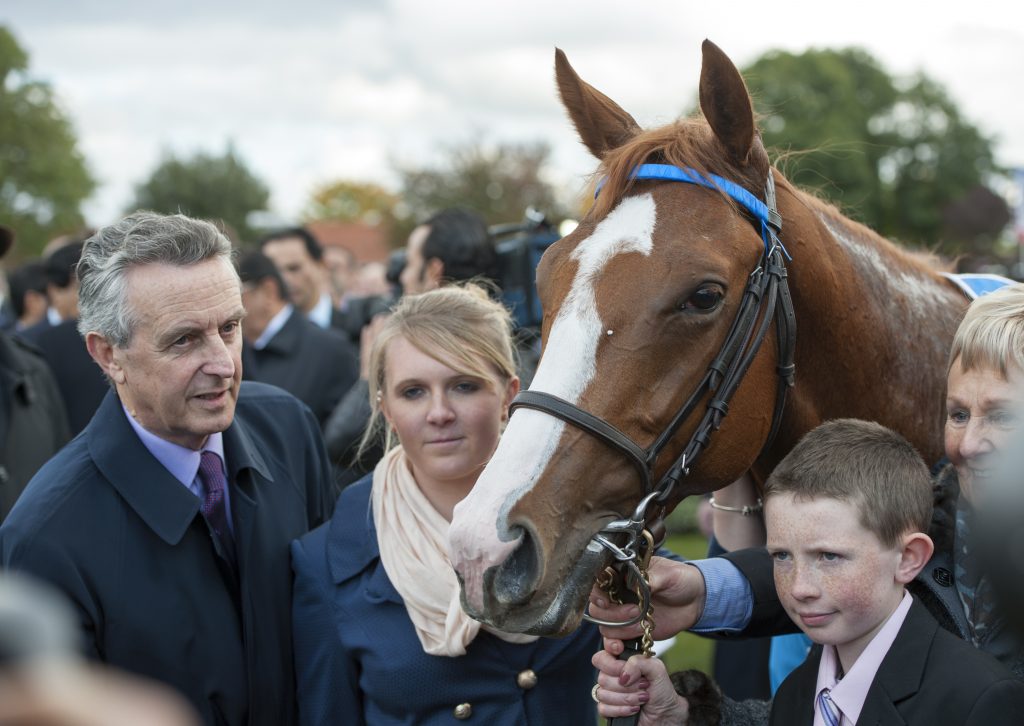 Dawn Approach’s three-year-old season ended on a quiet note with a pair of defeats in the Prix Jacques le Marois and Queen Elizabeth II Stakes. However, that rightly did little to diminish the faith of breeders – after all, here was a champion two-year-old and Classic winner by an emerging young son of Galileo.

Dawn Approach has indeed received every chance since his retirement to stud for Darley at Kildangan Stud but the fact that his fee has been in freefall since 2017, from €30,000 to €10,000, tells its own story.

In victory on Saturday, Poetic Flare became only the stallion’s fifth Group winner worldwide and third in Europe from four crops of racing age. Against that, his two best performers to date in Europe – Musis Amica and Madhmoon – both acquitted themselves exceptionally well in Classic company when it came to it, running second in the 2018 Prix de Diane and 2019 Epsom Derby respectively. Another representative, the short-lived Listed winner Mary Tudor, ran third in the Irish Oaks on her penultimate start.

He has also enjoyed some success as a shuttle stallion in Australia, where his quintet of stakes winners are led by Group 3 winners Dawn Passage and Dawn Patrol.

As those runners show, Dawn Approach is capable of producing a Group 1 performer but an overall tally of eight European stakes winners equates to a ratio of only two per cent black-type winners to foals of racing age.

The son of @DarleyStallions Dawn Approach showed a professional attitude, pulling clear in the final furlong👏

Perhaps Poetic Flare will be the one to turn the tide. One of 104 two-year-olds in training this year by Dawn Approach, he emulated his sire by taking the first Irish juvenile maiden of the season at Naas in late March before the dreaded Covid restrictions came into force.

He is the sixth foal out of the once-raced and unplaced Maria Lee, who previously clicked with New Approach to produce the Zetland and Silver Stakes heroine Glamorous Approach.

Bolger obviously developed an affinity for Victorian Queen’s family since he was to make good use of two of her minor-winning daughters at stud.

One, the Storm Bird mare Extraterrestral, foaled his dual Group 3 winner Radharcnafarraige. Another, Saviour, is the granddam of Teofilo and ancestress of Poetic Flare.

Sired by Majestic Light and a sister to Blue Grass Stakes winner War, Saviour was trained by Bolger on behalf of Gentry to win three races at up to 1m3f. Bolger took the mare on at stud and to his benefit, as she went on to breed Listed winners Graduated (by Royal Academy) and Speirbhean (by Danehill), subsequently the dam of Teofilo. Now in the hands of Darley, Speirbhean has remained in the spotlight in recent years as the dam of Group 2 winner Poetic Charm and her Group 3-winning sibling Bean Feasa, both of whom are by Dubawi. And only last month, she also featured as the granddam of Godolphin’s Prix Bertrand de Tarragon winner Fonthill Abbey.

Elida, Saviour’s 1994 filly by Royal Academy and therefore a sister to Graduated, won twice for Bolger. She left behind only three winners, among them a smart hurdler in Fiscal Focus, yet remains a positive influence via daughters Bring Back Matron, the dam of Bolger’s 2016 Eyrefield Stakes winner Dubai Sand (by Teofilo), and now Maria Lee. Interestingly, both are daughters of Rock Of Gibraltar who are now clicking with sons or grandsons of Galileo.

Bolger sold Maria Lee as an 11-year-old for €65,000 to Cormac McCormack, acting on behalf of Clare Castle Stud, while in foal to Dawn Approach at the 2018 Goffs November Sale. Poetic Flare must have been showing some positive signs from an early stage, however, since the resulting foal, a colt, has since resumed Bolger’s association as a €12,000 Goffs November Foal purchase of 2019 by his granddaughter, Clare Manning of Boherguy Stud.

As for Maria Lee, she foaled a filly from the first crop of U S Navy Flag for Clare Castle Stud this year. 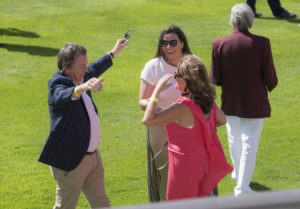 Up Next
Time to take ownership to the next level