Prize-money record a triumph for our industry
Exclusive Columns

Integrity of utmost importance for industry

Confidence in the regulation and integrity of horseracing is vital, not only for punters and those members of the public who go racing or follow the sport at home, but for all of us directly involved. This is certainly the case for breeders, since decisions we make based on racecourse performance should rely totally on accurate records of horses displaying their natural ability, without any medication or human interference that could give a false picture.

Breeders believe implicitly in the integrity of the General Stud Book and now, with DNA testing, we should be safe in the knowledge that every thoroughbred’s parentage and bloodlines can be checked and verified, which might not always have been the case.

However, a number of recent issues and cases have highlighted how complex integrity is and how different perceptions can challenge the status quo and erode confidence in the system.

The British judicial system uses lay magistrates and juries to ensure a balance. For incidents that occur in British racing, where there will always be a variety of opinions, a panel of well-informed and professionally-led stewards has stood the sport in good stead over the years.

As members of the Horsemen’s Group, sitting alongside representatives of trainers and jockeys who appear in front of stewards, the TBA believes that an independent stewarding system is the best, and we are happy to support our colleagues in the pursuit of maintaining this approach.

Announcements and consultation about the BHA’s ongoing stewarding review could have been better handled. The issue is far from settled, and it is to be hoped that common sense will prevail and a satisfactory solution that guarantees independent stewarding can be found.

Recent disciplinary cases involving trainers Philip Hobbs and Hughie Morrison have highlighted another issue for licensed personnel and their responsibilities over medication. I refer to the system that assumed guilt in a trainer involved in a positive drugs test, and the consequences that flowed from that assumption, which has been watered down to such an extent that when there is no direct evidence that the trainer was involved in administering a prohibited substance to the horse, a token breach of the rules is now judged to have occurred.

I have no problem with this principal, but somehow those responsible need to be found and dealt with appropriately. Otherwise confidence in the system will be eroded and the racing rumour mill will advance any number of fanciful theories fit for a Jilly Cooper novel. It will be interesting to see how the BHA’s legal team examine this and consult on any changes.

The outcome has relevance to the new 30-day notification rule under which breeders and owners declare that a foal has not, and will not, be given prohibited steroids. A horse tested and found to have been given steroids will be banned from racing, but what happens to the person who administered the substance, who is unlikely to be licensed? Does that become an issue between the owner, assuming they didn’t administer the drug, and the person who did? After all, the horse can never race under rules. Is this a civil matter or one for the BHA?

Another new issue is the declaration of wind operations, but just for the first run back after the procedure and only in Britain. At the time of writing the sanctions for breaches of this rule were unknown and, of course, the declaration itself gives only a partial picture. This feels like a messy regulation that needs more thought and consultation.

Looking overseas, I have doubts about some regimes which allow medication that is not permitted in Britain. However, that should not be an excuse for Britain to stray from stringent drug-free racing, and being proud of it.

Breeders need a medication-free and fair racing system that gives us confidence that our racecourse results and performances are sound and can be relied upon. Then we can make a well-informed decision on mating plans based on the most important factor in assessing the thoroughbred – its racecourse performance.

Good luck to you all for the breeding season. 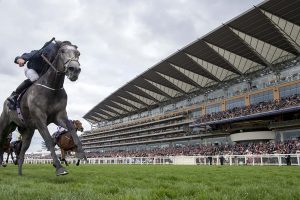 Up Next
Prize-money record a triumph for our industry