Inbreeding in US on the rise

As someone who entered the racing industry in the early 1970s, I accepted that a full book of mares was 44, and didn’t think twice when the great Brigadier Gerard was restricted to 32 mares in his first season.

After all, Northern Dancer, whose stallion career spanned 23 years, is credited with siring only 646 foals, for an average of 28 foals per crop. Some of the other all-time greats with extraordinary percentages of stakes winners, such as Danzig, Blushing Groom, Mr Prospector and Nureyev, rarely sired as many as 60 foals in a crop.

But times and attitudes have changed enormously since then, following the advent of the scanner, and the Return of Mares credited the first-season stallion Caravaggio with covering 217 mares in 2018. In the US the busiest new stallions of 2018 were Cupid and Klimt, with 223 and 222 mares respectively, but even they lagged some way behind the most in-demand stallion, Into Mischief, at 245 mares.

The American Jockey Club believes the changes have now gone too far. Citing concerns about the narrowing of the diversity of the thoroughbred gene pool, the Jockey Club stewards announced in September that it is considering introducing a rule to limit how many mares a stallion will be allowed to cover, starting with the 2021 breeding season.

The statement also explained that in 2007 some 37 of America’s 3,865 stallions were bred to 140 mares or more. Although that number had declined to 24 by 2010, the number has since nearly doubled to 43 stallions, even though the number of stallions now stands at less than half that of 2007.

“The combination of these changes,” the Jockey Club concluded, “has resulted in a substantial increase in the percentage of foals produced by a discrete segment of stallions — signalling a worrisome concentration of the gene pool.

“The board of stewards of the Jockey Club is considering a cap of 140 mares bred per individual stallion per calendar year in North America, phased-in, as follows:

“Stallions entering stud service for the first time in 2020 would be exempt from the 140 limit through the 2023 season.

“Stallions that entered stud service in 2019 would be exempt through the 2022 season.

“Stallions that entered stud service in 2018 would be exempt through the 2021 season .

“The stewards will continue to study the decreasing diversity of the thoroughbred gene pool and its cause and potential effects over the course of time. As more data and analyses become available, the stewards may revise the Jockey Club’s approach to protecting the breed’s health and welfare.”

Feedback from breeders was requested, and there was no shortage of people willing to give their opinion. While not quite as divisive as Brexit, the response has been very mixed, with many welcoming the Jockey Club’s proposal, while others considered it a restraint on trade and therefore un-American.

As someone who used to do mating proposals for some American breeding operations, I always found it easier to avoid inbreeding there, because the American industry was more diverse.

I used to analyse how many American Grade 1 winners had duplications within four generations, and this often supported the view that no inbreeding works best.

For example, there were 75 individual Grade 1 winners in the US during 2001, with as many as 54 of them – a compelling 72% – having no inbreeding whatsoever in the first four generations of their pedigree.

I was therefore intrigued to see whether the situation has changed. Looking at the Grade 1 winners from October 2018 to the end of September 2019, there were 78 locally-bred Grade 1 winners in North America. These divided into 42 with no inbreeding and 36 with inbreeding within four generations. That’s 53.8% without any duplications and 46.2% with. 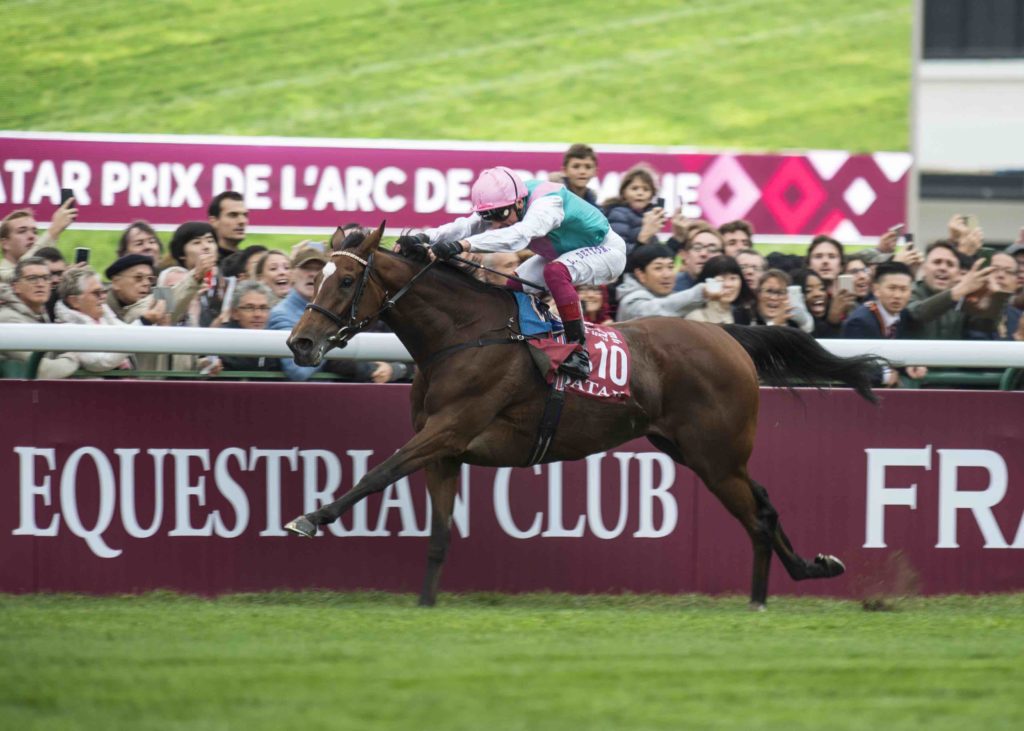 These figures represent a significant fall in the percentage of those without inbreeding. No-one will be too surprised that the name which crops up most often – in 13 of the 36 inbred horses – was that of Mr Prospector, who had so many successful American stallion sons.

With the British and Irish industry being smaller than its American counterpart, inbreeding wasn’t nearly as easy to avoid, especially in an industry which has been so heavily reliant on the Northern Dancer male line, especially the Danzig branch.

Breeders long ago stopped agonising over whether to inbreed to Northern Dancer in the first four generations, and it is now quite common to find multiple lines to the great Canadian-bred stallion in the first five generations.

To give a comparison with what is happening in North America, I looked at the Group 1 races contested in Europe over the same 12-month period. Leaving out a couple of American-breds and one from Japan, there were 61 individual Group 1 winners. Of these, 32 had no duplications within four generations, which equates to 52.46%.

Another 25 had parents which produced duplications and the remaining four – Phoenix Of Spain, Romanised, Sottsass and Zabeel Prince – have a parent which is inbred 3 x 3, and therefore produce duplications within their progeny’s first four generations.

These 29 represent 47.5%. In other words, there is now very little difference between the figures on either side of the Atlantic.

Predictably the main source of the European inbreeding is Northern Dancer, and there were three Classic winners – Enable, Anapurna and Channel – with inbreeding to Sadler’s Wells. I was rather surprised to find only four inbred to Danzig but these were Cracksman, Laurens, Persian King and Veracious.

Only one of the 61 Grade 1 winners – Wonderment – had two lines of Danehill, whereas there were three inbred to Shirley Heights. There were also a couple inbred to those notable mares Height Of Fashion and Laurea.

I was also pleased to note that the horses with no duplications included several destined for stallion careers, which may prove helpful to breeders in years to come. Among them are Advertise, Blue Point, Circus Maximus, Crystal Ocean, Earthlight, Ghaiyyath, Pinatubo, Stradivarius, Sovereign, Ten Sovereigns, Too Darn Hot and Waldgeist.

So what should happen next? There is an enormous difference between deciding that a course of action might be beneficial and actually enforcing it. If such a policy were to be imposed, it would need to be worldwide, and that isn’t likely to happen. In the past we have seen the balance of power shift in proportion to the strength, or weakness, of the various currencies.

For example, there was a time when America’s stallion farms were able to buy virtually whatever they wanted in Europe, and another when the Japanese Yen became hard to resist.

It is hard to imagine Japan committing to a cap of 140 mares, in view of the very large books which have become the norm there over the last decade or so. The late Deep Impact covered books of 262, 255 and 261 in consecutive years, while the much sought-after Lord Kanaloa was asked to cover 276 mares in 2015 and 294 in 2018. Then there’s Rulership, another promising stallion who has never covered fewer than 208 mares, with a peak of 280 in 2016.

If a top stallion’s earning potential is going to be substantially reduced by a cap on the number of mares he is allowed to cover, the only way to compensate for any shortfall in income is to raise his fee substantially.

“If such a policy were to be imposed, it would need to be worldwide”

And, as Bell pointed out, the market then crashed in spectacular style. I well remember driving around the stud farms in Kentucky and being shocked to see farm after farm displaying ‘For Sale’ signs, partly because inflated stallion fees had created an unsustainable climate of boom and bust.

Since then, with breeders having greater access to the top stallions, no American stallion has been publicly priced at more than $300,000 since Storm Cat stood for $500,000 in 2007.

Mike Kline, another who gave his views, was one of the few to take into account the effect on the human side of the equation, pointing out that large books and overbreeding produce a far-reaching toll.

“It affects mare handlers, stallion handlers, booking personnel, breeders and farms,” he said. “Trying to get a spot on a certain day to a popular but oversubscribed stallion is frustrating. It often forces a mare to miss a heat cycle, thus pushing her foaling date back by three weeks.”

All that is true, but is it going to be possible to get the genie back in the bottle? I rather doubt it.

Up Next
Breeders' Cup stars to shine at Fasig