Why ticking the boxes is more vital than ever
Exclusive Columns

Sixty years ago this month I committed an indiscretion that blighted my life for nigh on five years. But looking back now I can recognise that its long-term impact was entirely positive. 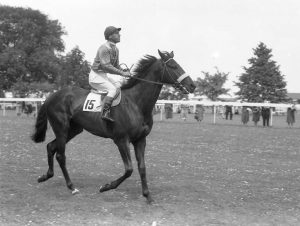 I was two months short of my fourteenth birthday and already besotted with racing. I had filled my head with facts I had found, most notably having memorised the names of all the Derby winners since 1780, my library of racing books was growing, and I was striving to keep abreast of current events on the Turf, reading the columns of Clive Graham and Peter O’Sullevan in the Daily Express.

I had also cancelled my order for Tiger, the weekly comic I had read since its first issue, and replaced it with the Sporting Chronicle Handicap Book, and I had started collecting autographs of jockeys.

Of course, none of my pals at Exeter School had the slightest interest in racing, so it was a matter of some regret that I had never got to know Jeff King, who was two years my senior and had already escaped to become apprenticed to Sir Gordon Richards. Still, it really didn’t bother me that I was different from my mates; I rather enjoyed knowing things that were beyond their ken.

The Derby of 1958 was scheduled for Wednesday, June 4 and for some reason now long forgotten I had convinced myself that it would be won by Hard Ridden, an Irish-trained colt to be partnered by Charlie Smirke. Had I known anything about breeding at the time, I would surely have doubted that a son of sprinter Hard Sauce could win the premier Classic, but sometimes ignorance can be bliss.
I had a plan for Derby day. The scheduled off-time was 3.20pm, about as inconvenient as it could be for me; in the normal course of events I would be on my bike, halfway home, when the race was run.

That would not do, so I arranged to borrow a transistor radio from a boarder friend, stick around at school, and find a spot where I could listen to the broadcast.

The spot I chose was on the slope down from the prefects’ lawn, just beyond the long-on boundary for a cricket match which I could pretend to be watching. Exactly what I did when Hard Ridden was declared the winner I’ve no idea, but I imagine I displayed a full measure of exuberance, jumping up and down while emitting shrieks of delight.

Corporal punishment still featured occasionally. Would he confiscate the radio? That would be highly embarrassing. In fact there was no immediate retribution

But my celebrations were cut short when a voice behind me called out, “Boy!”, and I turned around to find the headmaster bearing down on me, evidently not best pleased. He demanded my name, my form and an explanation for my unseemly behaviour. I felt I had no option but to confess, and answered in three stages that I had been listening to a race, a horserace, the Derby, actually.

He didn’t want to know who had won, which I recognised as a bad omen. He then proceeded to lecture me on my bad manners. From my position behind the bowler’s arm I had disturbed the play in a match in which our school second XI was hosting some other school’s second XI. My actions were discourteous and wholly reprehensible.

What was to come? A two-hour detention? Maybe a beating? Corporal punishment still featured occasionally. Would he confiscate the radio? That would be highly embarrassing. In fact there was no immediate retribution. But, as was par for the course where Fred Paul was concerned in such situations, he would remember. And he knew that I would always be aware of that.

Of course, I wasn’t going to let that incident deflect me from my passion. I always made a book on Derby Day, had a skinner over Psidium in 1961 and did almost as well the following year, when Larkspur won and seven of his rivals, including the favourite, fell.

Not long after my ticking-off from Fred he instructed everyone in my class to put in writing what our ambitions were for life after we left school. I dare say some of my pals professed a desire to become a Field Marshal or an Archbishop, but I wrote that I wanted to have my own column in a national daily newspaper.

Remarkably, soon afterwards I would find myself seated at a desk on whose lid was scratched a significant name and date – “C R Toye 1948.” If Clive could progress from that desk to become the senior football writer on the Daily Express, why couldn’t I achieve something similar?

One summer I was promised a new bike in the event of a good report, but Fred put the kibosh on that with a totally negative comment that hit home with my father, who was inclined to believe that I was neglecting my formal studies while I gathered racing knowledge. The old bike sufficed.

My academic progress was not smooth in every subject, and I never would grasp enough of maths to achieve a pass at O Level. If I’d been asked to work out the profit from a successful half-crown win double at 100-8 and 100-7, I might have coped, but I couldn’t see the point of trigonometry, log tables and such.

Anyway, my passion for racing sometimes helped my scholastic endeavours.

I had the Derby winners for recall of the dates – Trafalgar was Cardinal Beaufort, Waterloo was Whisker, and Wellington became prime minister in the year when Cadland and The Colonel dead-heated

I was reckoned odds-on to fail in O Level history, but actually sailed through it. As luck would have it, the period we studied stretched from the loss of our American colonies to the great Reform Act of 1832. I had the Derby winners for recall of the dates – Trafalgar was Cardinal Beaufort, Waterloo was Whisker, and Wellington became prime minister in the year when Cadland and The Colonel dead-heated.

French at A Level was a doddle with the essay paper stipulating “Mon Héros Favori.” I was well acquainted with the career of Fred Archer, and my library had lately become enhanced by volumes in French. “Le jockey” was handy, and I could even get away with “le starting-gate.”

I was on the old bike en route to school with my mate Phil Jones when he chanced to remark that someone was coming to Exeter to conduct auditions for the TV quiz show Double Your Money. He suggested that I should go along and subject myself to a grilling on racing.

I did just that, had 50 questions fired at me, and answered 48 of them correctly. Then I made the mistake of telling my mother, who rather liked the idea that her son might win £1,000. She took the call when the invitation to appear on the show arrived, urged me to accept it, and was baffled when I said I wouldn’t do it.

It was never on, and Fred was the reason why. How could I ask him for time off from school to appear on a show, answering questions about racing? There might even be multiple appearances, if I made it through the first programme successfully. No, I wouldn’t dare ask the question.

Fred cramped my style virtually to the end, finally humiliating me by over-ruling my housemaster’s recommendation that I should be made a prefect, and appointing some fellows a year or more younger than me.

But there came a time when I had to ask a favour of Fred, as I needed a day off for an interview in Fleet Street, and for once he complied. In addition to the day away, I had to request a reference from him, which naturally caused me some anxiety, but I had sensibly omitted to mention that my interview was for a job in the Press Association’s racing department.

As it happened, I was offered the job, and my new employers did not even bother to read Fred’s reference. The envelope was handed back to me, still unopened, so I got to learn what he’d said about me.

“His interest in journalism is genuine and of long standing” is the remark I recall. It was good that he’d remembered that. 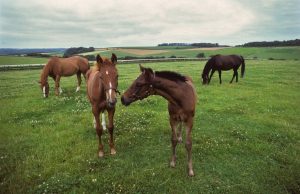 Up Next
Why ticking the boxes is more vital than ever