Gone West proving to be a key for Wootton Bassett

One of the most appealing aspects of Wootton Bassett is his potential to work with Galileo blood. In an industry that is saturated with Northern Dancer line stallions, whether it be Sadler’s Wells, Danehill or others, the fact that Wootton Bassett is a now proven descendant of Mr. Prospector is going to be a key selling point when Coolmore build his first Irish book next year.

Back in August, it was announced that Coolmore had secured the son of Iffraaj in what was rumoured to be a multi-million euro deal. The horse has been a tremendous credit to Haras d’Etreham, his home for nine seasons following his retirement to stud in 2012, rising from a fee of €6,000 to become one of Europe’s leading sires off the back of runners such as champion Almanzor, the leading light of a first crop that numbered just 23, and the Classic-placed Patascoy.

Wootton Bassett’s stud record has blossomed since then in keeping with the better opportunities afforded to him – and for that, look no further than his current three-year-old crop, which includes eight stakes winners led by Sunday’s Prix de l’Abbaye winner Wooded and the Poule d’Essai des Poulains and Prix du Jockey Club runner-up The Summit. They have helped contribute to an excellent year for their sire, one which has also been highlighted by the Prix Jean Romanet victory of Audarya. Those who used Wootton Bassett at €40,000 this year have reason to be very happy.

Wootton Bassett has worked with a variety of lines so far but anyone looking at him as an outlet for Galileo will have taken some encouragement from a group of two-year-olds that include Richard Hannon’s unbeaten Champagne Stakes winner Chindit, whose second dam is a daughter of Galileo, and Akmaam, the first runner for Wootton Bassett out of a Galileo mare who made an impressive winning debut for Brian Meehan at Ascot last month.

What is particularly interesting about Wootton Bassett, however, is his emerging affinity for breeding back to his great-grandsire Gone West.

Gone West was a top dirt runner whose breakthrough came when successful in the Grade 1 Dwyer Stakes at Aqueduct during a busy 13-start three-year-old campaign for trainer Woody Stephens. However, his influence at stud came to span the globe, whether as an international sire of top runners or as a powerful sire of sires in different jurisdictions.

One key to that development could well be attributed to the handling of Mill Ridge Farm. The Kentucky operation secured and syndicated Gone West for the 1988 season to stand alongside Diesis, then an extremely popular stallion with European breeders. Juddmonte Farms was one of the breeders to take a share and it was out of that interest that it bred Zafonic, a brilliant two-year-old who was the exceptional winner of the 1993 2,000 Guineas. Zafonic was sired in only the second crop of Gone West, and thus he came to enjoy a lengthy following from European interests, as have his sons Elusive Quality, Mr. Greeley and Speightstown in the years since.

The stud career of Zafonic was one of the most eagerly anticipated of the 1990s. Supported by Prince Khalid Abdullah’s powerful broodmare band, he rewarded that support by throwing the wide-margin Dewhurst Stakes winner Xaar in his first crop. Ultimately, he left behind four Group 1 winners among 53 stakes scorers but as a stallion, he never achieved the superstar status of his racing career. Today, Group 2 winner Iffraaj, an excellent 7f performer for Michael Jarvis, remains his only son of any note at stud in Europe; others, such as Xaar, Zafeen and Trade Fair were bitterly disappointing.

Iffraaj has been a wonderful and reliable servant for Darley as the sire of ten Group 1 winners, six of whom were sired in Europe. Now 19-years-old, he stood at a fee of £30,000 this season. 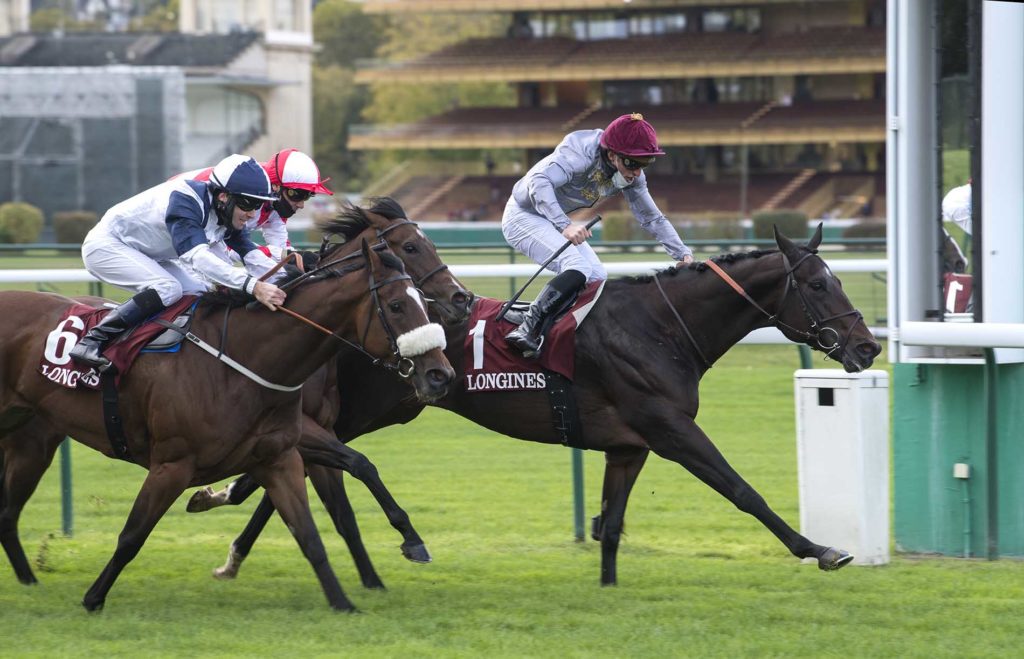 Wooded’s victory in the Prix de l’Abbaye on Sunday saw him become the eighth stakes winner for his sire – Photo: George Selwyn

Wootton Bassett, who won the 2010 Prix Jean-Luc Lagardere for Richard Fahey, was Iffraaj’s first son to stud and given his ascendancy, hopes must run high at Darley for the prospects of his most accomplished colt Ribchester, whose first crop are yearlings.

It is doubtful that many breeders, particularly in Europe, have ever viewed Gone West as a potential element to breed back to. But regardless of whether it was an accidental move by mare owners, it seems to be an effective pattern in the case of Wootton Bassett.

The first example was the 2018 Prix la Rochette winner The Black Album. As the product of a mare by Trade Fair, he was actually inbred 3×3 to Zafonic. Inbreeding to such a large horse as Zafonic, who was known for throwing size and other traits, would not have been to everybody’s taste and indeed The Black Album remains the only Group winner to carry the pattern.

Then there are the siblings Wooded and Beat Le Bon, who were bred by Gestut Zur Kuste Ag out of the Elusive City mare Frida La Blonde.

Overall, there are 31 stakes winners worldwide inbred to Gone West. Elusive City also plays a role in the best advert for the pattern as the sire of Australian Group 1 winner Vespa. Chilean Group 1 winner Brooke, by No Nay Never, is also inbred.

Wooded’s best performance for Francis-Henri Graffard prior to landing the Prix de l’Abbaye was when winning the Group 3 Prix Texanita at Chantilly earlier in the year. He is only the second foal out of Frida La Blonde and follows another smart sort in Beat Le Bon, who landed the Unibet Golden Mile Handicap at Goodwood for Richard Hannon last year.

Frida La Blonde failed to win in seven starts for David Smaga, although she was campaigned for the most part at major tracks such as Chantilly and Deauville. Her sire, Elusive City, was an influence for speed while she also hails from a quick family herself as a sister to Fred Lalloupet, a French Listed winner over 5f, and daughter of another French Listed winner in Firm Friend, a rare sprint stakes winner by Affirmed.

Firm Friend is also the granddam of multiple Listed winner Maximum Aurelius and from the further family of the Cornwallis and Norfolk Stakes winner Magic Ring.

There are very few certainties in this business but one would have to be that Wootton Bassett will receive a good share of Galileo mares in his first season at Coolmore next season. However, breeders wouldn’t go far wrong in taking note of his Gone West affinity. 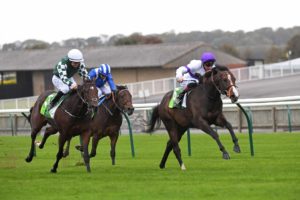 Up Next
Middle Park underlines Mehmas' Supremacy among first-season sires