Back in 1963, as an impressionable schoolboy, I was left wondering whether Classics were always going to be won so easily, after Relko stormed home six lengths clear in a 26-runner Derby and Noblesse was even more impressive in the Oaks two days later. The Irish-trained filly cantered home by a ten-length margin which her rider claimed she could easily have doubled.

Of course, I soon learned that performances of this quality were rather unusual, but we were treated to two more imperious displays in this year’s Epsom Classics, with Snowfall rewriting the record books with her 16-length trouncing of the opposition in the Oaks, a day before Adayar took the Derby by four-and-a-half-lengths.

In between the two Classics, ITV aired a tribute to Galileo and the Derby in which Aidan O’Brien described the 2001 winner as “the ultimate racehorse, the ultimate stallion and he’s the ultimate influence on pedigrees and will be for a long, long time, for generations and generations.”

Although Galileo failed to add to his tally of five Derby winners this year, he has continued to exert a major impact on 2021’s major European Classics. Snowfall is out of a daughter of Galileo, whereas Adayar was sired by Frankel, Galileo’s most extraordinary son. Another daughter of Galileo is responsible for St Mark’s Basilica, winner of both the Poule d’Essai des Poulains and Prix du Jockey-Club. Galileo is himself the sire of Empress Josephine, winner of the Irish 1,000 Guineas, and Joan Of Arc, winner of the Prix de Diane, while 2,000 Guineas winner Poetic Flare is by Galileo’s grandson Dawn Approach. Then there’s Mac Swiney, the Irish 2,000 Guineas hero whose sire is Galileo’s son New Approach and dam a daughter of Teofilo, another of Galileo’s champion sons.

Only the 1,000 Guineas and its French equivalent escaped the Galileo clan’s grasp.

The fact that Mac Swiney is inbred 2 x 3 to the 12-time champion sire will no doubt ease any fears that breeders might have of inbreeding to Galileo, as will the 2021 Group success of Night of Thunder’s daughter Thunder Kiss, who is inbred 3 x 3. These two come from little more than 50 runners with two lines of Galileo.

Adayar’s victory means that Frankel’s first five crops have produced winners of the Derby, Oaks and St Leger, and he is also sire of winners of the Japanese Oaks and Australian Oaks. Adayar’s win also points to the potential of Frankel’s partnership with daughters of Dubawi, which combines the two most successful British-based stallions of the Pattern race era. We have already seen Dubawi’s association with Galileo’s daughters produce the likes of Night Of Thunder, Ghaiyyath, Dartmouth, Thunder Drum, Secret Advisor, Mashael, UAE Jewel and Nashirah, giving this Dubawi/Galileo cross eight black-type winners from its first 51 runners.

Now Dubawi’s daughters are shining with two of Galileo’s champion sons, coincidentally both out of Danehill mares. Teofilo has done extremely well with these Dubawi mares, siring several good winners with high Racing Post ratings, including Tantheem (118), Festive Force (114), Mildenberger (113), Dubai Fountain (111), Without A Fight (111) and Key Victory (109). These six very useful performers come from a sample of 11 winners from 13 starters.

Although Frankel began his stallion career five years after Teofilo, he too has had 13 runners out of Dubawi mares, with Adayar following the Jebel Hatta winner Dream Castle as the partnership’s second Group 1 scorer. The small sample also includes Mostahdaf, who was winning for the third time in as many starts when he landed the Heron Stakes in May. Mostahdaf was also running well in the St James’s Palace Stakes when badly hampered.

Frankel has no fewer than 13 northern hemisphere 2021 two-year-olds out of daughters of Dubawi, including Dream Castle’s sister With The Moonlight, so there must be a good chance of further good winners from this cross. There are also seven yearlings bred this way, including a brother to Adayar and fillies out of those high-class racemares Sobetsu and Left Hand.

Needless to say, the Godolphin-bred Adayar is also out of a very talented racemare in Anna Salai, who looked to have the 2010 Irish 1,000 Guineas in her pocket until Bethrah’s late lunge denied her victory. That edition of the Irish 1,000 Guineas acts as a reminder that breeders should strive to acquire fillies which possessed a lot of talent. The first five fillies crossed the line separated by a total of less than a length and among them were three who have gone on to produce at least one Classic winner. In addition to Anna Salai they were Lillie Langtry, dam of 1,000 Guineas and Oaks heroine Minding and this year’s Irish 1,000 Guineas winner Empress Josephine, and Remember When, dam of the unexpected 2020 Derby winner Serpentine. Of course access to stallions like Galileo and Frankel also helps! 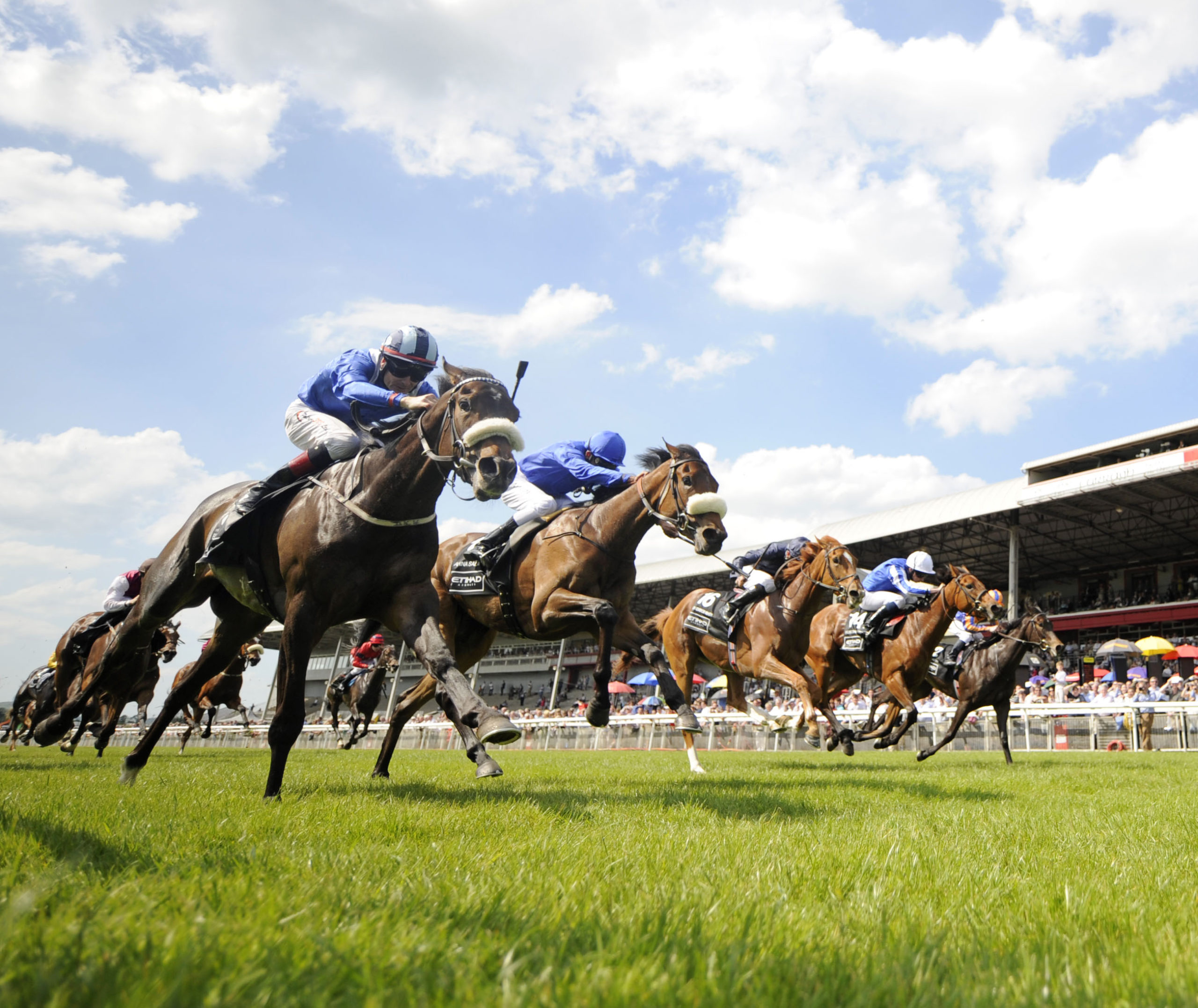 A Classic with far-reaching influences; In a blanket finish, Bethrah (left) defeats Anna Salai, dam of Adayar, and Remember When, dam of Serpentine, to land the 2010 Irish 1,000 Guineas. Lillie Langtry, dam of Minding and Empress Josephine, finishes fast on the outside to claim fifth. Photo – Bill Selwyn

Adayar owed his Derby success partly to his superior stamina, which no doubt stems from his third dam Anna Of Saxony, who shared the same sire – Ela-Mana-Mou – as those grand stayers Double Trigger, Snurge and Double Eclipse. Anna Of Saxony stayed well enough to win the Park Hill Stakes. However, with Dubawi and Caerleon as the sires of his first two dams, there is no reason why Adayar shouldn’t continue to shine at a mile and a half. Remember, his sire never tackled more than a mile and a quarter and his dam appeared best at a mile.

Moving on to Snowfall, this exciting filly is another who demonstrates the value of first-rate bloodlines. Not only was her dam Best In The World a Group 3 winner over a mile and a half, in the Give Thanks Stakes, but Best In The World is also a sister to the Arc-winning Found and to two other talented fillies in Divinely and Magical Dream. It was Divinely who filled a remote third place behind her relative in the Oaks.

It is hard to imagine that Red Evie, the dam of this distinguished collection, started at 100/1 when she made little show on her only juvenile start. Fortunately, her second season was very different and she was winning for the seventh consecutive time when she used her impressive acceleration to land the Matron Stakes at Leopardstown in 2006.

Although Red Evie was entered in Tattersalls December Sales at three, she was withdrawn, to stay in training as a four-year-old. Although her winning sequence had come to an end on her final start at three, she resumed winning ways on her reappearance at four, when she defeated males to land the Lockinge Stakes. This time Red Evie met her engagement at the December Sales and it was disappointing when she was led out unsold at 1,000,000gns.

Fortunately for the Coolmore partners, they stepped in to buy her privately and she has never given them cause to regret this decision. It is an indication of their faith in Galileo that all of Red Evie’s ten foals have been by the perennial champion sire, including a June-foaled two-year-old filly and a 2021 filly foal. 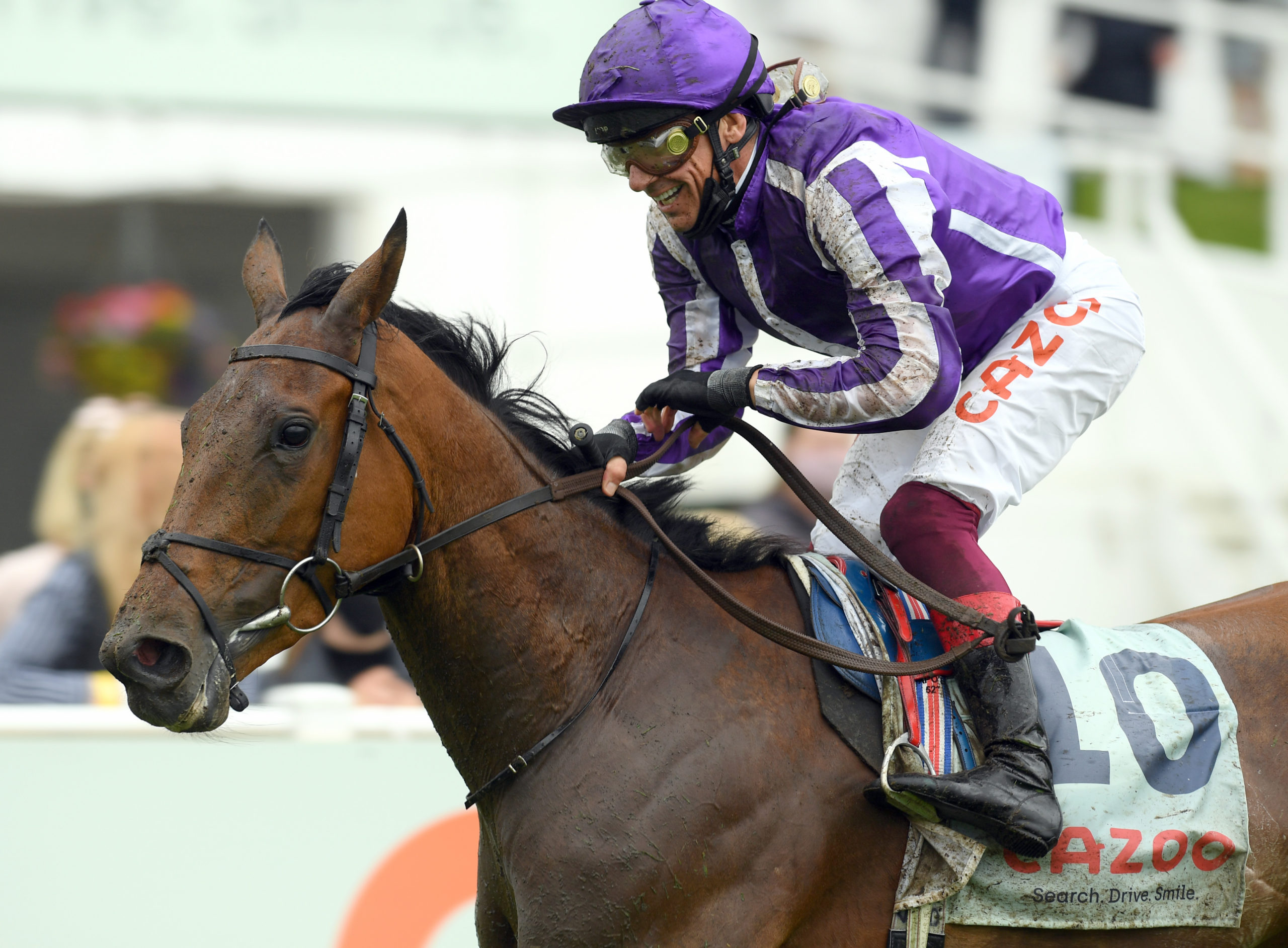 Snowfall is Best In The World’s first foal. The mare stayed in Japan for a second mating to Deep Impact, which resulted in a colt named Newfoundland, and then returned to Europe to visit Dubawi, sire of her yearling colt. Three of the other sisters are based in the US, including Found, whose first foal, the smart War Front colt Battleground, ran third in the St James’s Palace Stakes.

As with Adayar, Snowfall represents a cross which had already enjoyed Group 1 success. With Deep Impact as her sire and a Galileo mare as her dam, she is bred to the same cross as the tough Saxon Warrior, who was unbeaten when he landed the 2,000 Guineas and subsequently lost little caste in defeat, twice running Roaring Lion to a neck in first-rate mile and a quarter events.

Sadly Deep Impact’s death in July 2019 means that there won’t be many more representatives of his partnership with Galileo’s daughters, but his final crop has the potential to make a major splash in Europe. The Coolmore partners have yearlings out of those outstanding performers Minding (a filly), Hydrangea (a colt) and Rhododendron (a colt), and there is also a brother to Saxon Warrior, out of champion two-year-old Maybe.

Deep Impact’s much larger 2019 crop also includes several out of Galileo mares, including colts called Cougar and Navajo Warrior and a filly named Only, who has the distinction of being a daughter of that excellent dual Classic winner Winter.

As things stand, Deep Impact has five black-type winners from 31 starters out of Galileo mares, including this year’s Prix Cleopatre winner Harajuku and the Japanese Group 2 winners Cantabile and Vanquish Run.

There is therefore good reason for expecting Deep Impact’s impressive tally of Group 1 winners to increase still further. He has already added four more this year, taking his total past 50, with the most significant being Shahryar, who became his sixth winner of the Japanese Derby, the Tokyo Yushun, a few days before Snowfall’s Oaks success. A brother to the 2017 Japanese 2,000 Guineas winner Al Ain, Shahryar is out of Dubai Majesty, who was bought by Katsumi Yoshida for $1,100,000 in 2010, days after her success in the Breeders’ Cup Filly & Mare Sprint. So Deep Impact has a pair of 2021 classic winners over a mile and a half, one out of a middle-distance mare, the other out of a sprinter.

In this he is similar to Galileo, who so often passes on his stamina. However, these exceptional sires are by no means one dimensional. I have pointed out before that Galileo’s name appears in the pedigrees of nine of the last 11 winners of the 2,000 Guineas and it was two of his daughters, Empress Josephine and Joan of Arc, which fought out a very tight finish to this year’s Irish 1,000 Guineas. Empress Josephine is his fourth winner of this mile classic in the last five years.

Deep Impact was also very capable of siring high-class milers, a fine example being his daughter Gran Alegria, who landed the Sprinters Stakes in addition to being one of his five winners of the Oka Sho, the Japanese 1,000 Guineas. 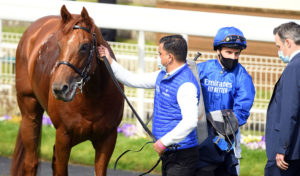