Why great things are expected of the Gainesway resident’s offspring

Any newcomer to the world of thoroughbred breeding could be forgiven for thinking that highly successful stallions will automatically become similarly successful as sires of sires and as broodmare sires. If only it were that simple!

On the other hand, there’s Invincible Spirit, a first-rate stallion with a growing reputation as a very effective sire of sires. However, the veteran currently has a markedly uninspiring record as a sire of broodmares – his daughters are credited with 1,721 foals of racing age, but only seven of them have so far managed to score at Group level.

There are plenty of other examples of talent failing to pass down the generations, so I have always wondered what the future had in store for Tapit, the Gainesway stallion who had defied the odds by becoming North America’s champion sire in 2014, 2015 and 2016. While Tapit had the support of the Gainesway clientele and of the Winchell family which owned him, it mustn’t be forgotten that Tapit was quite a long way down the pecking order among the new stallions of 2005.

Tapit also landed the title of champion sire of two-year-olds, thanks largely to the Grade 1 successes of his daughters Laragh (Hollywood Starlet Stakes) and Stardom Bound (Del Mar Debutante, Oak Leaf Stakes and Breeders’ Cup Juvenile Fillies). It is a measure of his talent that he managed to take third place behind Distorted Humor and Smart Strike on the General Sires’ list of 2011, even though his four crops of racing age had all been sired at fees of either $15,000 or $12,500.

It’s important to remember, though, that the stallion sons and broodmare daughters from Tapit’s first four crops were produced comparatively cheaply and may therefore stem from less blue-blooded families than their counterparts from his much higher-priced crops.

For example, his multiple first-crop Grade 1 winner Stardom Bound was out of a daughter of the little-used Tarr Road, and Hansen, the champion two-year-old colt from his fourth crop, had non-black-type daughters of Sir Cat, Highland Park and Temperence Hill as his first three dams.

Trappe Shot, a Grade 2-winning sprinter from Tapit’s second crop, has a fair record for a stallion who spent his career at Claiborne at fees of $10,000 or less. Before his sale to Turkey in 2019, he had sired five Graded stakes winners, without doing as well as Tapizar, a Grade 1-winning miler from Tapit’s third crop. 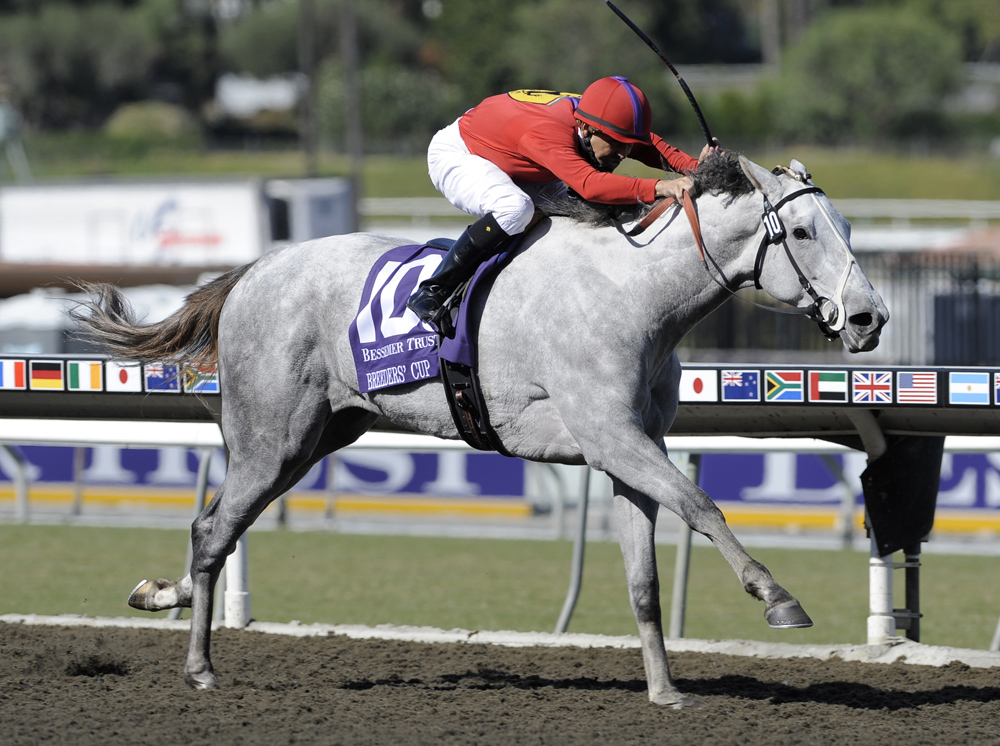 This Winchell homebred has been based alongside his sire at Gainesway, where he has sired Graded winners in each of his first three crops. The standout has been that fine filly Monomoy Girl, who took the 2018 Eclipse Award for three-year-old filly.

Concord Point, a Grade 2 winner from Tapit’s second crop, never stood for more than $7,500 before being sold to Korea but his main American legacy was American Gal, a Grade 1 winner over seven furlongs at three and four years.

It is fair to expect greater things from some of Tapit’s younger sons, which include Flashback, a member of Tapit’s fifth crop, sired at $35,000, and Constitution and Tonalist, members of a sixth crop sired at a fee of $50,000. Next come the 2020 first-crop sire Frosted, a multiple Grade 1 winner who was sired at a fee of $80,000, the popular Cupid, a Grade 1 winner from Tapit’s first $125,000 crop, and Shadwell’s talented Mohaymen, a half-brother to Maximum Security’s sire New Year’s Day.

Tonalist, a strapping son of Tapit who was successful from a mile to a mile and a half at Grade 1 level, already has a Graded winner from his first crop, thanks to the Grade 2 and Grade 3-winning filly Tonalist’s Shape, but the star of the Tapit show has been Constitution, billed as “the son of Tapit we’ve all been waiting for.”

Constitution’s first crop did so well in 2019 that his fee, which had fallen to $15,000, was raised to $40,000 and it can be expected to rise higher. His early efforts, which included Graded successes from Tiz The Law, Amalfi Sunrise, By Your Side and Independence Hall, were all the more creditable in view of the fact that Constitution never raced at two.

However, having defeated the future Belmont Stakes winner Tonalist on his second start, he took his record to a perfect three-for-three with his victory in the Grade 1 Florida Derby. Ruled out of the Triple Crown events by a shin fracture, Constitution returned to give another demonstration of his class in winning the Grade 1 Donn Handicap.

Tiz The Law has now followed in Constitution’s footsteps in winning the Florida Derby, while Laura’s Light has become the fifth Graded winner from Constitution’s first crop. Although the number of mares covered by Constitution dwindled over the next three years, he looks as though he is going to follow the example of both his sire Tapit and broodmare sire Distorted Humor in becoming a major force.

So, the future looks good for Tapit’s stallion sons, but what about his broodmare daughters? At the time of writing they were still awaiting their first Grade 1 winner, but the wait should soon be over.

They have half a dozen Grade 2 winners, including the three-year-olds Finite, Bonny South and Silver Prospector. Interestingly Finite and Bonny South are both by Munnings, whose sire Speightstown has a Grade 3 winner out of a Tapit mare. War Front and Declaration of War are another father and son team with Graded winners out of Tapit mares. 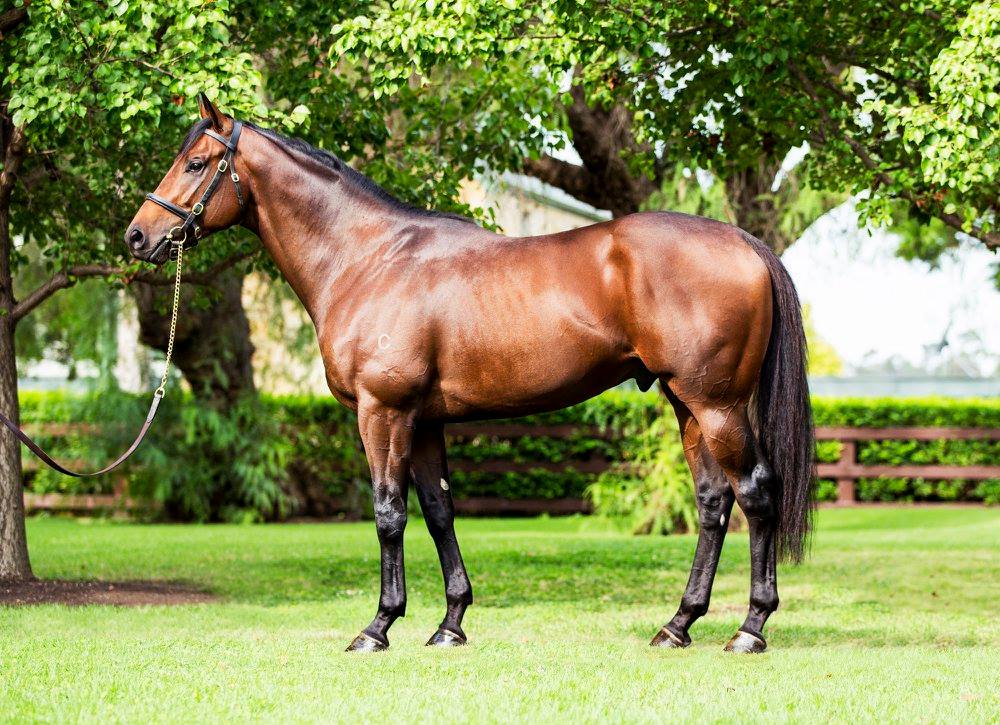 “It’s life Jim, but not as we know it,” – a modified version of something Spock once said to Captain Kirk – surely encapsulates what the racing and breeding communities will have to cope with over the next few months. With a truncated season and virtual sales, it certainly isn’t going to be life as we either know or understand it.

For example, a large number of racehorses are bred to mature early and to shine over sprint distances, but by the time racing resumes – perhaps at a time when juveniles are starting to tackle seven furlongs – many opportunities will have been missed. As Norman Williamson said of the breeze-up market, the longer the crisis goes on the longer these early, sharp two-year-olds are going to have missed their date.

This could conceivably reduce the advantage traditionally enjoyed by the speedier, more precocious stallions in the race to become champion first-crop sire. I will still be very interested, though, in the progeny of Pride Of Dubai, who was rated the second-best Australian two-year-old of the 2014/15 season, 2lb below the Golden Slipper winner Vancouver.

Although the son of Street Cry raced only three times at two, he gained Group 1 successes in the Blue Diamond Stakes over six furlongs and the Inglis Sires’ Produce Stakes over seven.

Presumably neither venture was considered a success. After covering 137 mares at a fee of €15,000 during his 2017 visit, Pride Of Dubai saw his book fall to 76 mares in 2018 and he hasn’t shuttled since. Vancouver, for his part, covered 166 mares in his first season, but only 82 in his second and he too has stayed home since then.

However, Pride Of Dubai has made a bright start and he holds a comfortable lead on the Australian first-crop sires’ table in early May, with six winners from 32 runners. His daughter Bella Nipotina went close to landing a big prize in the Inglis Millennium, while his son Tanker provided his first stakes victory at Caulfield back in October.

There are also a couple of useful winners out of Fastnet Rock mares which are inbred 3 x 3 to Danehill, because Pride Of Dubai is himself out of Danehill’s successful daughter Al Anood.

One of the reasons Pride Of Dubai headed to Ireland was surely the fact that Al Anood is a three-parts-sister to the highly successful Kodiac. Both are by Danehill, and Al Anood is a half-sister to Kodiac’s dam Rafha. Needless to say, Rafha is the dam of Invincible Spirit, another stalwart of the Irish breeding industry.

Since Pride Of Dubai first travelled to Ireland, his female line has been very ably represented by Gustav Klimt and James Garfield, now resident respectively at Coolmore and Rathbarry Stud, and the Breeders’ Cup Mile winner Uni and the outstanding two-year-old Pinatubo are two other descendants of Pride of Dubai’s second dam Eljazzi.

It would also be good to see Pride Of Dubai develop into a very useful stallion on the basis that he is a son of Street Cry, the stallion responsible for more than 20 Group/Grade 1 winners, including two of the world’s greatest racemares in Zenyatta and Winx.

Street Cry has also been in the news – not always for the right reasons – as the grandsire of Maximum Security, whose achievements are under review following the charge made against his trainer. As things stand, this son of New Year’s Day has crossed the line first in nine of his ten starts, including the Florida Derby, Kentucky Derby, the Haskell Invitational, the Cigar Mile and the Saudi Cup.

New Year’s Day had established himself as one of Street Cry’s best sons with his victory in the Breeders’ Cup Juvenile – a victory which earned him top weight of 126 on the year-end Experimental Free Handicap. Street Cry’s previous winner of the Juvenile, Street Sense, had gone on to win the Kentucky Derby, but New Year’s Day was denied his chance of classic glory when an injury to a sesamoid led to his early retirement.

He quickly fell out of favour with American breeders but has been given a chance of resurrecting his career by his purchase by Shadai Farm. The now-nine-year-old New Year’s Day is standing his first Japanese season in 2020, at a fee of ¥3 million, which puts him on the same mark as Orfevre and the Breeders’ Cup Sprint winner Drefong. His Tapit half-brother, Grade 2 winner Mohaymen, now stands at Shadwell Farm in Kentucky and is represented by first yearlings this year.

Several of Street Cry’s stallion sons have Grade 1 winners to their credit, with Street Sense and Street Boss leading the way. Street Sense’s most recent big winners include McKinzie and Maxfield, the latter once again becoming a contender for the delayed Kentucky Derby after the delay gave him a chance to recover from an ankle chip.

Street Boss – who ranks alongside Pride of Dubai as one of Street Cry’s fastest sons – has enjoyed Grade 1 success both in the U.S., where Cathryn Sophia won the Kentucky Oaks and Danza was third in the Kentucky Derby, and Australia. His son Hanseatic was beaten only a head in this year’s Grade 1 Blue Diamond Stakes. 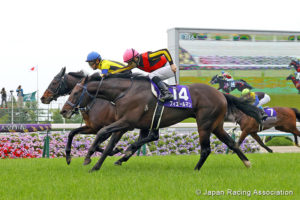