All told, the Dubawi/Galileo-line partnership has now produced 14 stakes winners in the northern hemisphere and whilst 16% stakes winners is impressive, it is the quality of horses that catches the eye

The victory of Modern Games in the Poule d’Essai des Poulains was another timely reminder of the potent combination of Dubawi and his erstwhile nemesis Galileo. In the 2,000 Guineas at Newmarket, we saw Coroebus, a Dubawi out of a mare by Galileo’s son Teofilo gain the day, whilst Modern Games is a Dubawi from another son of Galileo in New Approach. Moreover, there was a hint of yet more success for this mix of bloodlines when Aidan O’Brien’s Alfred Munnings – a Dubawi out of Galileo’s top-class broodmare daughter Best In The World – scored impressively on his debut at Leopardstown.

The impetus for combining Dubawi with daughters of Galileo all began back in 2014 when Night Of Thunder upset the script by defeating Kingman and Australia to provide Dubawi the second of his three 2,000 Guineas winners. Since then, he’s added the top-class Ghaiyyath to his roll of honour from Galileo mares.

Of course, such successful partnerships between sire and broodmare sire quite often have a fortuitous nature to them. Two top-class stallions occupying the same space and time with good complimentary pedigrees often end up as excellent partners. This has been the case throughout the history of thoroughbred racing. More recently we have seen fine examples such as Sadler’s Wells with Darshaan mares, Galileo with Danehill mares and the very best of sires will forge partnerships with quite a few broodmare sires, mostly – as fashion dictates – with other members of that same broodmare sire line. 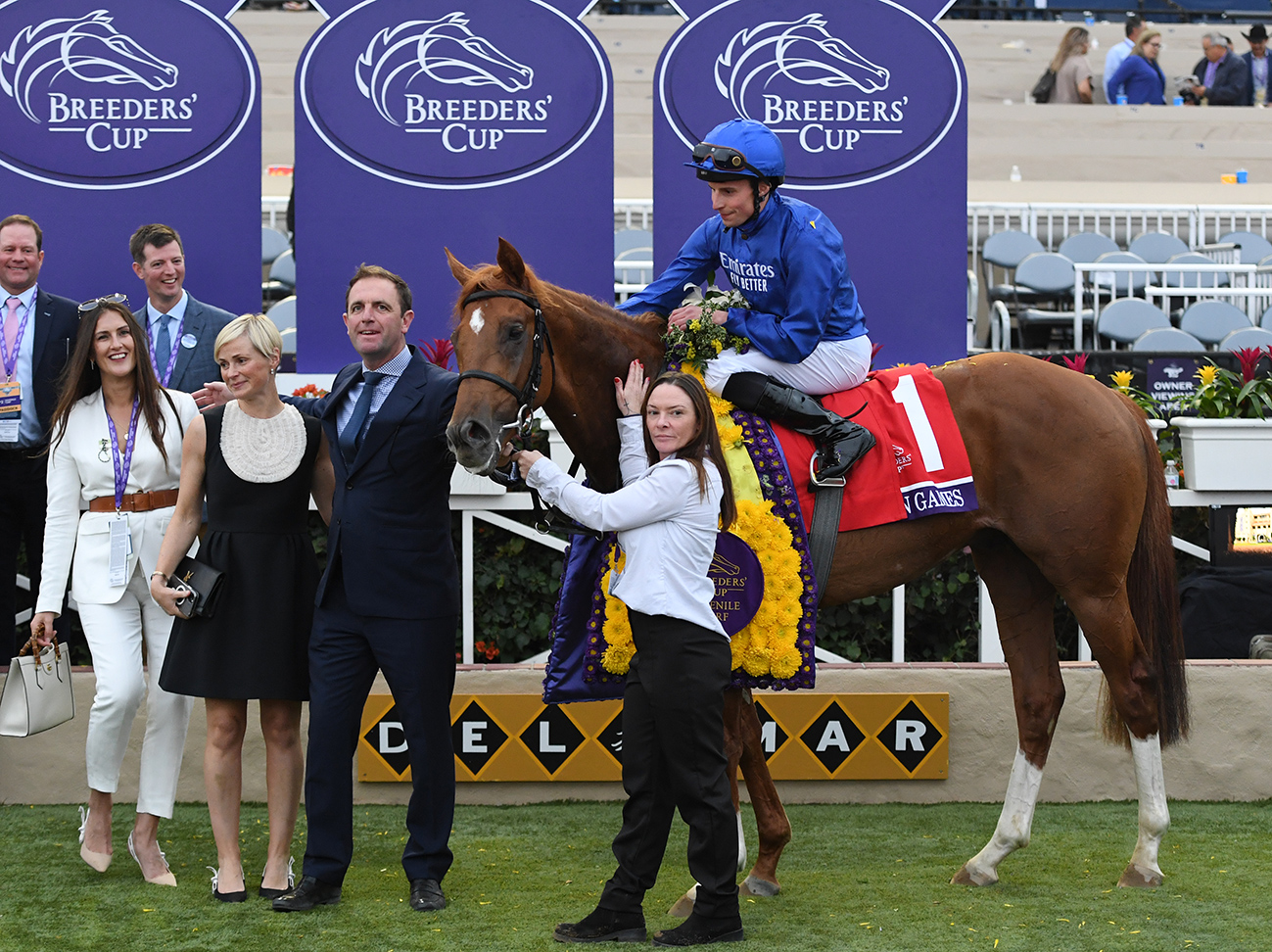 It really helps a great deal when a top-class sire can play just as prominent a role as a sire of broodmares. And that is certainly the case with Galileo. You just have to look at the list of Group winners produced by his daughters to understand the power he brings to a pedigree. There are many sires – not all of them anywhere near top-class – that owe a debt of gratitude to the former Coolmore star. So far, in his role as a broodmare sire – which still has many years to run – Galileo has sired the dams of 185 stakes winners in the northern hemisphere at rate of 7.7% which puts him among the very best.

To add a little context it might be worth knowing that Darshaan in his heyday managed a strike rate of 9.1%, while more recently, Cheveley’s Park Stud’s Pivotal, who found a rich vein of success with Galileo, has a current stakes-winner ratio of 6.1%. Galileo’s numbers get even better when we narrow our analysis down to his elite broodmare daughters. They are responsible for 92 of his 185 stakes winners and their success rate climbs to an excellent 10.3%.

It’s perfectly natural to see Godolphin try out the next generation of Galileo blood with Dubawi mares. After all, having acquired two of his most productive sire sons in Teofilo and New Approach from Jim Bolger, there are plenty of blue-blooded mares by both sires in the Godolphin broodmare band. For his part, Teofilo, who sired the dams of both Guineas winners this year, has 22 stakes winners from his northern hemisphere mares at a rate of 4.4% and it was one of his better mares, First Victory – winner of the Oh So Sharp Stakes and a half-sister to the 128-rated Thunder Snow – that produced Coroebus. There’s no doubt either that Teofilo’s daughters will continue to be a good match for many sires, particular those that require more stamina as his success with the likes of Lope De Vega and Exceed And Excel might hint at. It now seems such a shame that Teofilo, who has maintained a stakes-winner strike rate of around 10% throughout his career, isn’t more appreciated by commercial breeders.

New Approach, meanwhile, having had access to better mares than Teofilo during his career predictably has a better strike-rate with his elite broodmare daughters, posting 9.8% stakes winners, including Group 1 winners Modern Games and Earthlight. That fact alone should offer plenty of encouragement to anyone with a well-bred daughter of New Approach. It is not inconceivable that this top-class racehorse who somewhat disappointed at stud despite siring the winners of the 2,000 Guineas, Derby and Oaks, becomes a better broodmare sire than sire.  His strike-rate from his elite mares currently stands at 10.1% compared to the 9.8% as a broodmare sire.

All told, the Dubawi/Galileo-line partnership has now produced 14 stakes winners in the northern hemisphere and whilst 16% stakes winners is impressive in anyone’s language, it is the quality of horses among the group that catches the eye. 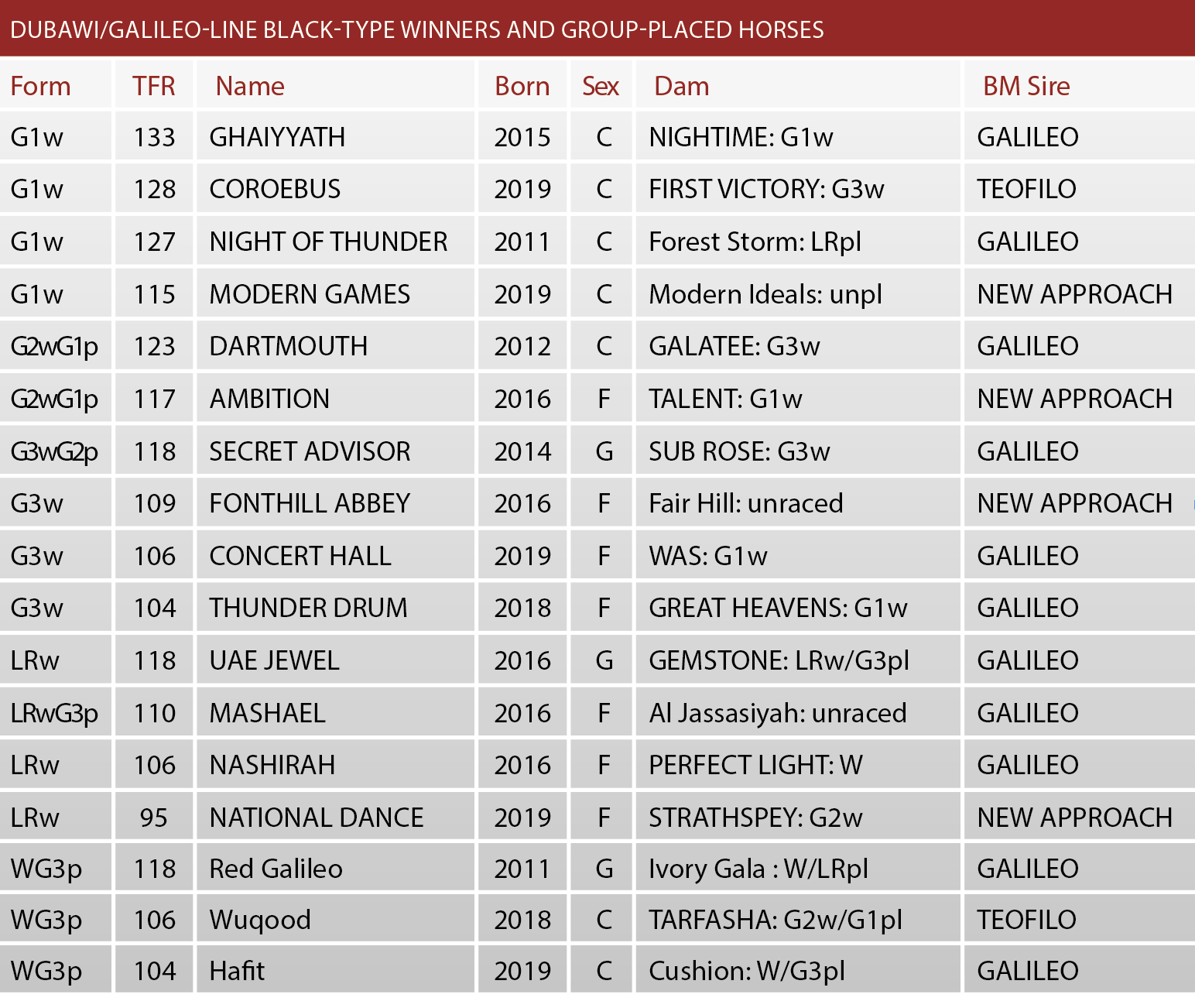 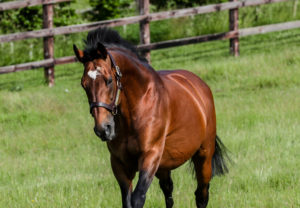 Up Next
Desert Crown underlines Nathaniel's value to the Flat ranks