Why appearance money scheme is the right start
Exclusive Columns

A Flat man at heart

In 1829 a writer in The Sporting Magazine contributed a review of racecourses, including remarks on the quality of the sport that patrons could expect to find when they visited them. He abhorred recent developments at one course, which had become markedly less popular, declaring that Cheltenham’s downfall was attributable to ‘the introduction of the steeplechase.’

Few of his readers would have disputed that verdict. Any racecourse that so lowered its standards as to stage racing over obstacles should expect to lose its credibility. Every true sportsman recognised that the one true winter sport was hunting, and such bastardisation of racing was to be deplored.

Charles James Apperley, the most widely read – and most dogmatic – writer on sporting pursuits at that time drove home that argument relentlessly. 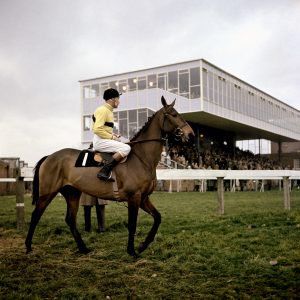 Throughout the 19th century racing over jumps was commonly referred to as ‘the illegitimate sport.’ And that was understandable, given that the Jockey Club wanted nothing whatsoever to do with it, and that there was no attempt to regulate it until 1866, when the National Hunt Committee was founded. Before that innovation it was widely assumed that corruption was endemic, and universally accepted that it was ill-organised and, in most places, run in a distinctly amateurish manner.

Even so, while the Jockey Club and other traditionalists looked down with disdain on the true sport’s illegitimate offspring, it could not be denied that its popularity with the general public was growing appreciably.

The Grand National, virtually from its origins in the 1830s, was the chief focal point of the season, and after the turn-of-the-century triumph in that event of Ambush, a gelding carrying the colours of the Prince of Wales, it had to be acknowledged that a degree of respectability had now been conferred on the alternative version of racing.

Of course, jumping was still the poor relation, and it would remain so for generations to come. In the 1920s the course that a hundred years earlier had forfeited favour by adopting the jumping game took the first steps towards assuming a dominant role in promoting it, not that anyone recognised at the time that the Cheltenham Gold Cup (first run in 1924) and the Champion Hurdle (1927) would come to achieve special significance in the calendar.

What gave an early big boost to the Gold Cup was the emergence of two obviously superior steeplechasers who each collected multiple successes in the race. The popular Easter Hero claimed the prize in 1929 and 1930, and Golden Miller rose from mere popularity to heroic status by lifting the prize in five consecutive seasons, 1932-36.

By also notching a win in the Grand National in 1934 Golden Miller ensured that his reputation as best-ever in his discipline would endure. If some felt that the 1946 Gold Cup winner Prince Regent belonged in the same league, it was not until the mid-1960s that the sport found a chaser who could be regarded as definitely Golden Miller’s superior. Half a century on again, nothing has come along to threaten Arkle’s exalted status as champion of champions.

Promising but no more
My entry into racing journalism came when Arkle was just an up-and-coming performer, already hailed in high esteem in Ireland, while English fans remained sceptical, as well they might, as his Lambourn-trained contemporary Mill House was promising to carry all before him, having won Cheltenham’s 1963 Gold Cup just as he liked. And I was at Newbury on the last day of November that year, when the Hennessy Gold Cup seemed to indicate that the Arkle bubble had burst: 1 Mill House, 12st, 2 Happy Spring, 10st; 3 Arkle, 11st 9lb; distances eight lengths, three-quarters of a length.

Okay, so Arkle had made a bad blunder when second and mounting a challenge three from home, but even so, could that have made such a difference? By the winner’s enclosure I stood next to a guy who hoisted his young lad onto his shoulders, telling him to have a good look at Mill House, because he was unlikely ever to see his like again. The son probably grew up to think his father was not much of a judge, but we all got it wrong that day. Mill House was trounced by Arkle in the 1964 Cheltenham Gold Cup and was never the same again.

An acknowledged outstanding champion will naturally raise the profile of any sport, and Arkle certainly did his bit for National Hunt racing up to and even after the injury that ended his career at Kempton Park in December 1966. The three Gold Cup wins and a number of other exceptional performances established his overwhelming superiority and acquired him a huge fan base.

The bad step he took in the King George VI Chase meant that for months thereafter, in my role on the Press Association’s racing desk, I was regularly sending out updated bulletins on his health.

For all the fascination that Arkle engendered in the mid-1960s, as a recruiter of devotees for his sport, National Hunt racing remained very much the poor relation of the Flat. It was there principally to fill in the void between the end of the Flat in early November and its resumption towards the end of March.

There was a lot of mundane fare, interesting chiefly to those who were professionally involved, and when snow and/or frost caused abandonments few felt deprived. Sure, the media went to town over the Grand National, as it always had, but there was no exhaustive coverage of Cheltenham, where the Gold Cup and the Champion Hurdle ranked so much more highly than anything else included in the three-day fixture.

The old order has changed to a significant degree, if the outcome of the Racing Post’s recent poll on Twitter is to be taken at face value. The paper asked for an expression of preference – Flat or National Hunt. There were apparently 3,740 respondees, and 71 per cent of them favoured jumping.

I can’t say that I was totally surprised at the verdict, although on the very day the poll was being conducted I was among a throng of over 19,000 at a sold-out Rowley Mile for the 2,000 Guineas. You will not need telling that, had I known about the poll and had received instruction on how to tweet, I would not have voted with the majority. I dare say plenty of my fellow racegoers on May 6 would have joined me in expressing a preference for the Flat. Whatever, the attendance that day, higher than for any meeting on the course for over 30 years, means that I am far from ready to despair about the popularity of the sport I favour.

It doesn’t bother me if a majority of tweeters to a newspaper which already exhibits a pro-jump racing bias endorses its view; they are welcome to have their opinion and express it accordingly. I just hold a different view, and I’m not about to change my mind.

If you can appreciate it in those terms, fine. And acknowledge that what happens matters very little in the wider scheme of things. It may seem important in England, something approaching a religion in Ireland, and of some mild consequence in France, but it is alien to most other countries.

Flat racing takes place in every civilised country in the world and what happens on the course reflects and influences global markets in the thoroughbred. The present links the past to the future, with the continuity in the breed an ever-fascinating angle to its development.

Up Next
Why appearance money scheme is the right start