While I can understand the rationale behind potential stallions being retired at the end of their two-year-old season, I can never get past the feeling that everyone has been short-changed by the premature retirement of seemingly sound individuals.

With the lack of Group 1 opportunities for three-year-old sprinters often being blamed for this course of action before the introduction of the Commonwealth Cup in 2015, we saw the likes of Dark Angel, Zebedee, Approve and Sir Prancealot take early retirement (Holy Roman Emperor was also rushed off to stud, but his retirement was prompted largely by the unexpected infertility of his paternal half-brother George Washington).

I couldn’t help wondering what Dark Angel might have achieved had he remained in training in 2008, when the three-year-old Equiano landed the King’s Stand Stakes, three-year-old Kingsgate Native took the Golden Jubilee Stakes and three-year-old African Rose triumphed in the Ladbrokes Sprint Cup. After all, the son of Acclamation had been progressive during a busy juvenile campaign, taking the Mill Reef Stakes on his seventh start and the Middle Park Stakes on his eighth.

And there is nothing in his stallion career to suggest that he would not have trained on. His Grade 1 successes in 2021 have come in the US, thanks to the four-year-old filly Althiqa, who landed the Just A Game Stakes over a mile and the Diana Stakes over an extra furlong, and the six-year-old Raging Bull, winner of the Maker’s Mark Mile at Keeneland.

These two durable performers rank among a total of eight Group or Grade 1 winners by Dark Angel, none of which enjoyed top-flight success as a two-year-old. 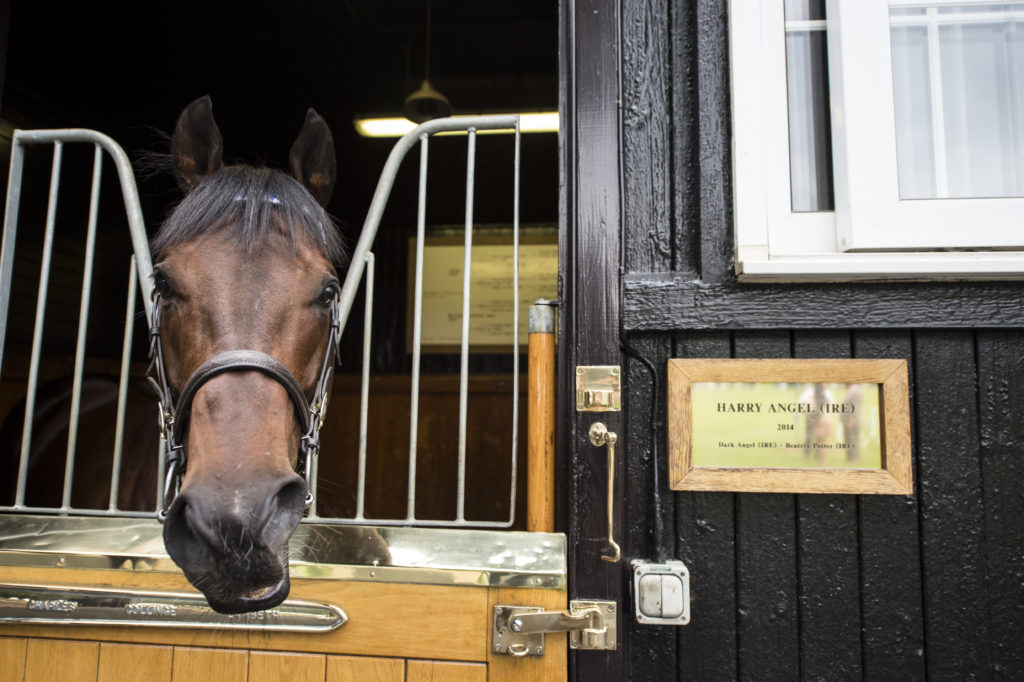 Indeed only one of them – Harry Angel, who emulated his sire’s victory in the Mill Reef Stakes – became a Group winner at two and some of them didn’t even win as juveniles. Harry Angel also joined the extremely speedy Battaash and Raging Bull by becoming a Group 1 winner as a three-year-old.

However, Althiqa, Lethal Force, Mecca’s Angel and Persuasive were four-years-old before they scored at the highest level, and Hunt, a Grade 1-winning American miler, was five. We have also seen Dark Angel sire such durable performers as Sovereign Debt, whose 63-race career included two Group successes as an eight-year-old, and Gabrial, a veteran of 93 races who gained the last of his ten wins as a nine-year-old. Although not in the same league, B Fifty Two is another son to have demonstrated remarkable toughness, gaining the last of his 11 victories from 120 starts at the age of 11, and George Bowen may yet match him, as he is still winning as a nine-year-old.

Of course that’s not to say that Dark Angel isn’t also a fine sire of two-year- olds. In the past he has supplied juveniles of the calibre of Estidhkaar (Champagne Stakes), Juliet Capulet (Rockfel Stakes), Birchwood (Superlative Stakes), Gutaifan (Flying Childers Stakes) and Alhebayeb (July Stakes).

Dark Angel’s 11th crop of two-year-olds has already been in fine form, producing two more Group 2 winners in Angel Bleu and Berkshire Shadow, who finished first and second in the Vintage Stakes over seven furlongs at Goodwood. That was the first defeat for Berkshire Shadow, successful earlier in the Coventry Stakes.

Dark Angel’s very large 2019 crop also includes Dr Zempf, a close second in the Phoenix Stakes, Diabolic, an unbeaten graduate from Yeomanstown Stud who has become a Listed winner in Canada, and the Group-placed Juncture. There was every reason to have high expectations of this crop, as it was sired at a career-high fee of €85,000, after the combined efforts of Battaash, Harry Angel and Persuasive had helped Dark Angel earn a highly creditable second place among the leading sires of 2017.

Now 16, Dark Angel has already had several sons attempting to follow in his footsteps as a stallion. So far the results have been nothing special, but it must be remembered that most of them were comparatively inexpensive.

Lethal Force’s innings at Cheveley Park saw him sire the Commonwealth Cup winner Golden Horde, sired at a fee of £10,000. Both Lethal Force and Golden Horde are now based in France, as is Gutaifan, best known as the sire of the 1,000 Guineas third Fev Rover. Heeraat, who has never stood for more than £5,000, has been very ably represented by Motakhayyel, twice a winner of the Bunbury Cup.

Harry Angel must have a much better chance of making the grade than his predecessors. For a start, he is the highest-ranked entire son of Dark Angel, rated at least 4lb superior to any of his sire’s previous stallion sons. Timeform rated him as high as 132 as a three-year- old and 131 as a four-year-old.

This earned him the right to start his stallion career at Dalham Hall Stud at a fee of £20,000, which fell to £12,500 in his third season, after he had covered books of over 120 mares in each of his first two seasons. He will have plenty of representatives at the leading yearling sales.

There’s also encouragement to be gained from the exploits of Mehmas, whose career has been mirroring that of the similarly-bred Dark Angel. As I have explained before, these two stallions have much more in common than simply having been sired by Acclamation from daughters of Machiavellian. Both were retired after a fairly thorough testing at two years, when Mehmas’ total of eight starts fell just one short of Dark Angel’s nine.

One difference, though, was that Mehmas retired at the end of 2016, after the Commonwealth Cup had already been contested twice, so he didn’t have the excuse of a lack of an early-season Group 1 target at three.

More likely there were worries that this neat, compact colt possibly lacked the physical scope to improve on the form he had achieved while contesting several races which had also been part of Dark Angel’s CV. He had looked very much the David to Blue Point’s Goliath when he wore down his wandering rival to land the Richmond Stakes by a neck. The same could have been said when he was second to the strapping Churchill in the National Stakes on his only appearance over seven furlongs.

Mehmas had matured quickly enough to win the July Stakes, a race in which Dark Angel had finished only fourth. And whereas the progressive Dark Angel won the Middle Park Stakes, Mehmas finished third. Each of them had gained the first of their four victories in a Chester maiden race in early May prior to contesting the Coventry Stakes, with Mehmas doing much the better in finishing second to Caravaggio (future winner of the Commonwealth Cup). Although Mehmas failed to emulate Dark Angel’s Group 1 success, he achieved a Timeform rating of 115, compared to Dark Angel’s 113. 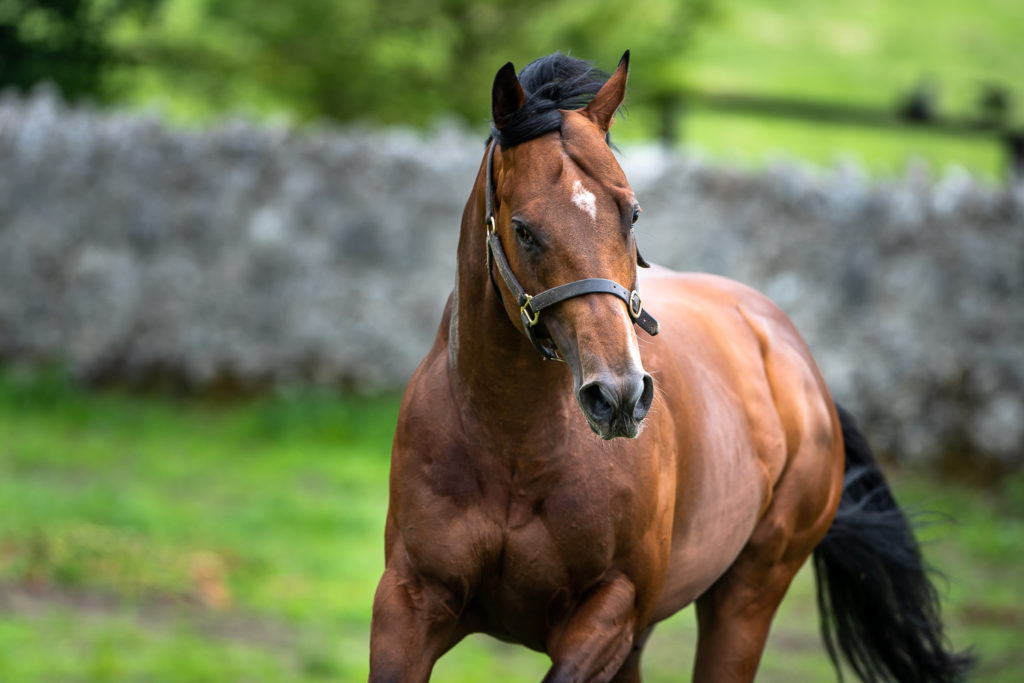 Whereas Dark Angel was retired to Gay O’Callaghan’s stud, operating firstly as Morristown Lattin and then as Yeomanstown Stud, Mehmas has spent his career at Tony O’Callaghan’s Tally-Ho Stud near Mullingar. And, like Dark Angel, Mehmas has wasted no time in establishing his worth as a stallion, siring a record-breaking total of 56 two-year- old winners in his first crop, with the Middle Park Stakes winner Supremacy and Gimcrack Stakes winner Minzaal among them.

Mehmas’ progress was perfectly illustrated by a table of 2021’s leading second-crop sires standing in Europe and North America, published in the TDN of August 14. This showed Mehmas as the leading European-based stallion, but this didn’t show the full extent of his achievements. Although only fourth behind three North American stallions by prize-money, the son of Acclamation ranked first in order of black-type winners (9), black-type horses (20), Group/ Graded winners (5) and Group/Graded stakes horses (13).

Still only seven-years-old, Mehmas is proving that his progeny can shine after the age of two. His daughter Going Global, winner of a nursery at Dundalk on her last appearance in Ireland, has established herself among the best turf fillies in California, taking the Grade 1 Del Mar Oaks on August 22.

We have also seen Keeper Of Time and Fayathaan win Group 3 events, over seven furlongs and a mile respectively, and there have been Listed victories for Magnanimous (over a mile), Mehmento (seven furlongs) and Line Of Departure (six furlongs).

It is worth remembering that Mehmas, like Dark Angel, found it difficult to maintain his initial popularity and price. The number of foals in Dark Angel’s first three crops fell from 93 to 62 and then to 39 before reviving to 118 in his fourth year. His fee went from €10,000 to €7,000 in the same period.

Mehmas started at €12,500 but his connections took the precaution of reducing his price to €10,000 in his second and third seasons, even though he was so popular that he has 147 foals from the 176 mares covered in his first season. His second year was pretty good, too, with at least 123 foals from 166 mares.

That second crop has also been busily keeping Mehmas in the spotlight. Lusail improved his record to four wins from five starts with his success in the Group 2 Gimcrack Stakes, while Beauty Inspire is unbeaten in two starts, including the Anglesey Stakes.

Unfortunately, like Dark Angel, Mehmas found things much more difficult in his third year in 2019; from 74 mares he sired roughly 55 foals. Consequently his fee was reduced to only €7,500 in his fourth season, which helped fuel a resurgence to a reported 116 mares. Happily, his sensational results in 2020 were enough to send his 2021 fee soaring to €25,000. 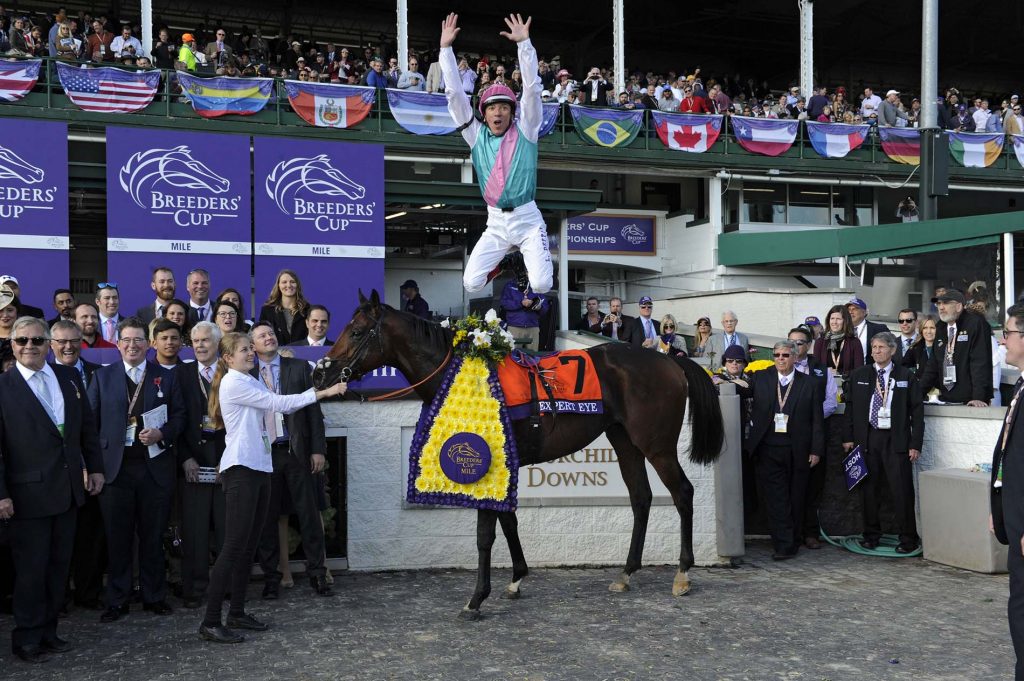 If he can maintain his flow of important winners (which may take a bit of time because of his small third crop) he is well equipped to eventually follow once again in the footsteps of Dark Angel, whose fee rose to €60,000 when he reached the age of 11 in 2016.

And, before leaving the topic of the Acclamation male line, which also produced the more-than-useful Equiano, spare a thought for Expert Eye, the next son of Acclamation to have runners.

The 2018 Breeders’ Cup Mile winner has four first-crop youngsters in Book 1, plus 13 in Goffs UK’s Premier Sale and five in the Goffs Orby Sale. They look sure to be popular with buyers who remember the scintillating style of Expert Eye’s victories in the Vintage Stakes, which earned him an official rating of 118, and Jersey Stakes.

At the Premier Sale, the most expensive of Expert Eye’s stock was a £90,000 colt out of the winning and Listed-placed Oeuvre d’Art who was purchased by Peter and Ross Doyle Bloodstock. 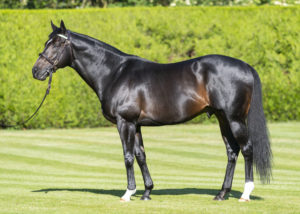