It takes a leap of imagination to envisage Galileo’s run as champion sire being broken in the near future. Yet having said that, right now he is facing a very real threat from his son Frankel.

Frankel’s feat of siring the winners of both the Epsom and Irish Derby – Adayar and Hurricane Lane – is Galileo territory and has helped him surpass £2.3 million in British and Irish earnings for the season, enough to place him at the head of affairs over his sire. In terms of European stakes winners, Frankel also jointly leads the way alongside Dubawi on 12.

Frankel, of course, has never been one to lack for opportunity. He has regularly received some of the world’s top mares, as befits one of the best racehorses in history, and his stock regularly conditioned by masters of their craft. Naturally he has also benefitted significantly from the management of his owner, Juddmonte Farms.

However, Frankel can do no more than reward that support, and reward it he has continued to do. Last September, when Kalahara won the Prix d’Arenberg, he became the fastest stallion in the history of the Pattern to reach 40 northern hemisphere Group winners. Now thanks to the exploits of Adayar and Hurricane Lane, his record of Group 1 winners has swelled to 16. Although naturally weighted towards his success in Europe, crucially it is a list that underlines Frankel’s reputation as a sire of global renown, notably in Australia, where a collection of seven stakes winners is led by this season’s Group 1 JJ Atkins Stakes scorer Converge and Group 1 Australian Oaks heroine Hungry Heart, and Japan, where he is the sire of Group 1 winners Mozu Ascot, Soul Stirring and Grenadier Guards. In that respect, he has an edge over Galileo, who has never shone to his usual degree in either of those jurisdictions.

In all, it was a very good day for Frankel on Saturday given that it also featured three winners at Newmarket – including the first two home in the Fred Archer Stakes, Outbox and Logician, and promising debut scorer Inspiral – alongside Hurricane Lane’s Classic victory at the Curragh. They represent the spectrum of Frankel’s career; Outbox and former St Leger hero Logician hail from his second and third crops, Hurricane Lane is a member of his fifth and Inspiral is one of four two-year-old winners to emerge so far out of a sixth crop bred in the year his fee rose to £175,000.

Hurricane Lane and Adayar represent the final year that Frankel stood for £125,000, the fee set upon his retirement to stud in 2012. Plenty of Frankel’s progeny are long-striding, enthusiastic individuals and in that respect both Adayar and Hurricane Lane are typical. Both colts are also further illustrations of his ability to impart stamina and/or complement that found in the background of his mates and are unsurprisingly well connected on their dam’s side, with Adayar being the son of Irish 1,000 Guineas runner-up Anna Salai and Hurricane Lane out of the Listed-winning Gale Force and from a fine Aga Khan/Lionel Holliday family.

Hurricane Lane was bred by Philippa Cooper’s Normandie Stud and is in fact the second Irish Derby winner to emerge out of his family in recent years after Harzand, who struck under Pat Smullen in 2016. The pair descend via different branches from the Aga Khan homebred Hazaradjat, a 1989-foaled daughter of Darshaan.

This family was incorporated into the Aga Khan Studs in the late 1980s with the purchase of a small collection of Cleaboy Stud stock belonging to Brook Holliday, successor to the late Major Lionel Holliday. The group included Hazy Idea, a daughter of Lionel Holliday’s St Leger winner Hethersett who was by then regarded as an important mare as the dam of Flying Childers Stakes winner Hittite Glory and National Stakes runner-up Rubric.

Hazy Idea was an aged mare at the time of the acquisition and as such produced only three foals for the Aga Khan. However, they did at least include Hazaradjat, from whom 17 stakes winners today descend.

The acquisition of the Holliday stock allowed the Aga Khan access into the powerful Cleaboy family of Lost Soul. Indeed, another branch of this family had yielded Dumka, a rare auction purchase by the Aga Khan who had gone on to produce his 2,000 Guineas winner Doyoun. 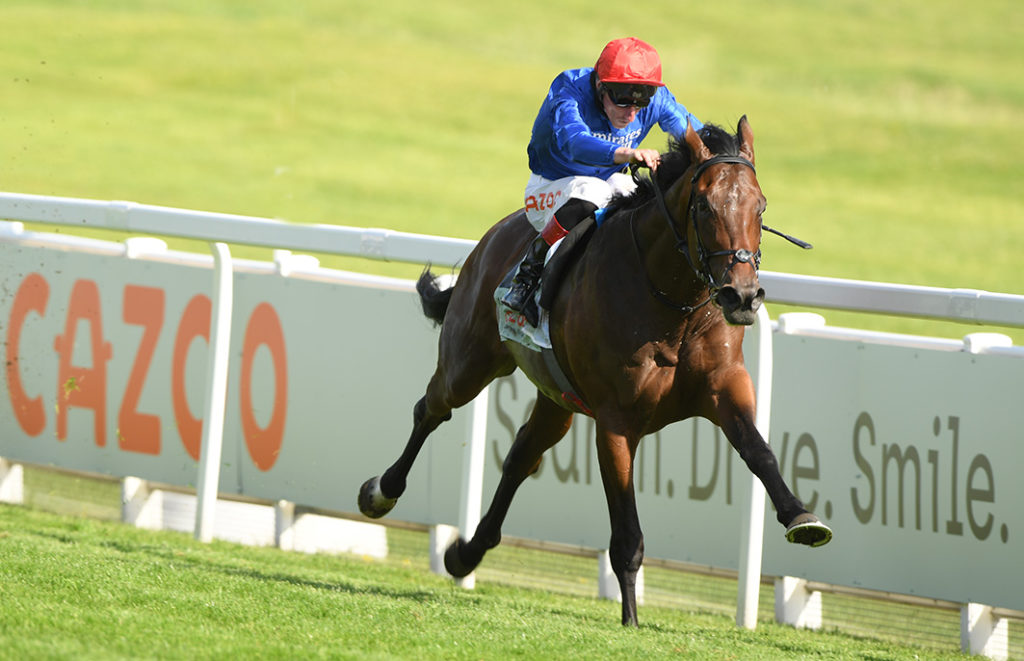 Holliday had purchased Lost Soul, by Solario, for a not insignificant 4,000gns in 1936 as a four-year-old following a career that had consisted of two wins and a second in the Victoria Cup. She went on to breed seven winners, including the 1942 Middle Park Stakes third Nearly and Listed winner Dumbarnie, later the sire of Lochnager.

Her 1939 filly Phase, by Windsor Lad, was only a minor winner but she became Lost Soul’s most important daughter at stud. Nine of her 14 foals won, including a quintet of runners by Nearco who were influential in a highly productive period for the Holliday stable during the late 1940s and 1950s; Neasham Belle (won 1951 Oaks), Narrator (won 1954 Champion Stakes and 1955 Coronation Cup) and None Nicer (won 1958 Yorkshire Oaks) were each top-class, while No Pretender and Netherton Maid both scored at Group 3 level.

Hazy Idea, as a daughter of Hethersett and granddaughter of Netherton Maid via her stakes-producing Chanteur daughter Cherished, was inbred 3×3 to Netherton Maid. A versatile filly, Hazy Idea won over six furlongs at two yet enjoyed her finest moment when successful in the 1970 March Stakes over a mile and six furlongs. She also ran fourth in the Prix Royal Oak.

Hazaradjat, the final foal out of Hazy Idea, looked smart for the Aga Khan and John Oxx when winning her first two starts by daylight at Fairyhouse and Gowran Park. She wasn’t seen again, however, after running last on her third start in the Group 3 Meld Stakes and was retired to embark on a productive stud career that featured the Group 3 winners Hazarista and Hazariya, today better known as the dam of Harzand.

“Harzand and Hurricane Lane descend via different branches from the Aga Khan homebred Hazaradjat, a 1989-foaled daughter of Darshaan

Hurricane Lane descends from the branch belonging to Hazaradjat’s winning daughter Handaza, by Be My Guest. Of Handaza’s six winners, three gained black type, led by the Group 3 winner Hamairi. Hannda, her 2002-foaled daughter of the repatriated Derby winner Dr Devious, was not one of the trio but she was talented enough to win her second start and subsequently sold for €275,000 as a filly out of training to McKeever St Lawrence on behalf of Tim Vestey.

It proved to be money well spent; fast forward 15 years and Hannda is the dam of seven winners, among them the 2013 Group 1 British Champions Fillies and Mares Stakes heroine Seal Of Approval, one of the best sired by Authorized and in turn dam of the Group 3-placed Promissory, Listed winner Gale Force and the Group 3-placed Instance.

Vestey retained Gale Force to race and sent to James Fanshawe, she benefitted from patience to develop into fine stayer, rising as a four-year-old from a rating of 70 to Listed success in the 2015 Prix Denisy over just short of two miles at Saint-Cloud.

Following that win, Gale Force was sent to the Tattersalls December Sale where she was sold for 270,000gns to Stroud Coleman Bloodstock on behalf of Philippa Cooper. Hurricane Lane, who was purchased by Godolphin for 200,000gns as a Tattersalls October Book 1 yearling, is only her second foal and follows the talented older sibling Frankel’s Storm, a dual winner for Mark Johnston who was also Listed-placed in Germany.

Hurricane Lane’s win arrives in the midst of a real purple patch for Normandie Stud, which was also represented on Saturday by Glorious Journey, successful in the Group 3 Criterion Stakes at Newmarket, and at Royal Ascot by Mohaafeth, successful in the Group 3 Hampton Court Stakes. Cooper has retained Gale Force’s two-year-old Sea The Stars colt, Sweet William, who is in training with Roger Charlton. However, the mare herself is now under the ownership of Watership Down Stud, having changed hands for 300,000gns through Charlie Gordon-Watson at the 2019 Tattersalls December Sale. She has a yearling filly by Australia and is in foal to Too Darn Hot. 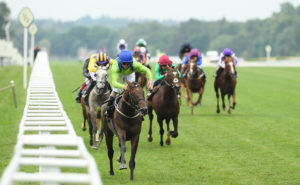