Hong Kong acts as a great showcase for the merits of the Australasian galloper. As a group, they boast a strong presence that naturally leads to a greater chance of success, and so rarely does a Sha Tin or Happy Valley card pass when Australasian-breds don’t feature heavily on the winners roll.

Sunday’s Group 1 card at Sha Tin was no exception as seven southern hemisphere-bred runners struck on the day, led by Beat The Clock, a son of the late Australian stallion Hinchinbrook, who landed back-to-back wins in the Group 1 Centenary Sprint Cup.

For the past two years, Hong Kong racing has celebrated the deeds of Beauty Generation, a New Zealand-bred galloper by the NZ$5,000 Encosta De Lago stallion Road To Rock, who swept through ten races unbeaten for trainer John Moore.

Among them were five Group 1 races including the 2018 Hong Kong Mile, in which he thrashed an international field by three lengths, the 2019 FWD Champions Mile and 2019 Stewards’ Cup, all of which helped seal his place as the world’s top-rated turf miler.

To the surprise of his legion of fans, Beauty Generation’s winning run suddenly came to an end in October when the gelding managed only third in the Group 2 Oriental Watch Sha Tin Trophy.

“He’s just a lovely horse to have in the stable”

Ahead of him that day were a pair of geldings sourced out of Europe in Rise High, a son of Myboycharlie who won the 2016 Group 3 Champions Juvenile Stakes at Leopardstown when known as Landfall, and Waikuku, a son of Harbour Watch purchased through SackvilleDonald out of John Oxx’s yard.

Since that surprise defeat, Waikuku has developed into something of a nemesis for Beauty Generation. The pair subsequently met in the Group 2 Jockey Club Mile, in which Waikuku again came out on top, and then in the Group 1 Longines Hong Kong Mile, where Waikuku comfortably held Beauty Generation only to find the finishing kick of Japanese challenger Admire Mars too strong.

Punters took the hint in the Group 1 Stewards’ Cup at Sha Tin on Sunday, sending Waikuku off the 1/2 favourite over Beauty Generation in a field of seven. And they were duly proved correct as Waikuku again exerted his superiority, although this time to the tune of only a neck.

Ka Ying Star, a British-bred son of Cityscape who raced as Urban Aspect for Andrew Balding, was over four lengths away in third.

According to sectional timings, Waikuku turned in a closing 400 metres time of 22.38 seconds to run down Beauty Generation and register a final time of 1m 33.04s, the eighth-fastest at the course and distance in more than a decade.

“His sections at the end were outstanding!” said winning rider Joao Moreira. 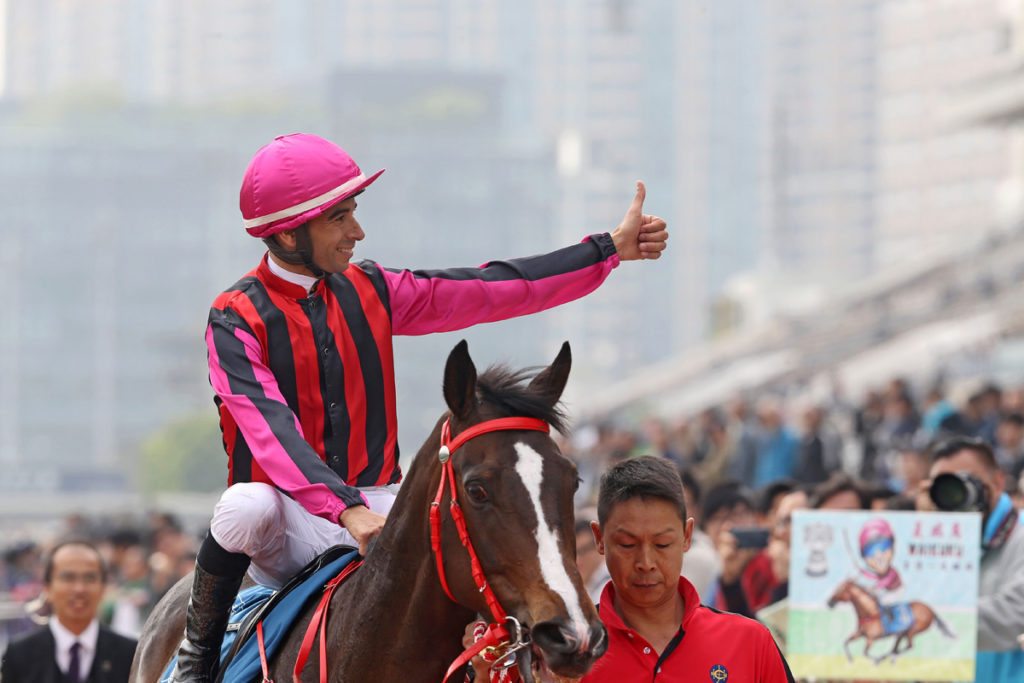 Trainer John Size, winning the Stewards’ Cup for the sixth time, suggested that a break was on the horizon for his stable star ahead of a crack at the Group 1 Champions Mile at the end the of April.

“I might give him a little break now and just aim for that race,” he told the Hong Kong Jockey Club notes team. “He’s been going very well this season; he’s made improvement along the way and delivered on his promises so he’s just a lovely horse to have in the stable.”

Waikuku was bred in Ireland by Shane Molan and sold for €33,000 at the 2016 Tattersalls Ireland September Sale to John Oxx, who saddled him to win his second start, a Leopardstown maiden.

“He’s the best horse I’ve had for a few years now,” Oxx commented after the win but any chance for the horse to confirm that opinion on home shores evaporated as a swift sale to Hong Kong followed. Since his arrival at Size’s yard, he has won five races for the equivalent of £2.3 million in earnings.

Waikuku is only the first foal out of the Danehill Dancer mare London Plane, who was trained by Fozzy Stack to run placed in a pair of maidens.

“Waikuku has developed into something of a nemesis for Beauty Generation”

London Plane came into the possession of the Molan’s Riversfield Stud when bought for €13,500 at Goffs in February 2013. Despite her value price tag, she is well related as a sister to Al Waab, third in the 2012 Royal Lodge Stakes. They are out of the Listed-placed Aunt Julia, a relation to the 2015 Grade 1 Shadwell Turf Mile winner Grand Arch.

The family goes back to Miss Toshiba, a 1972-foaled daughter of Sir Ivor who carried Robert Sangster’s colours to victory in the 1975 Pretty Polly Stakes. Later sent to the US, she went on to reward that move by capturing the Grade 1 Vanity Handicap at Hollywood Park.

Australian champion Isolda, the 1995 Group 1 Champagne Stakes winner, also descends from Miss Toshiba but it’s also safe to say that Waikuku is the most exciting horse to represent the family in some years. He is followed by the Tamayuz gelding It’s Good To Laugh, a winner at Ffos Las last year for Clive Cox, and a filly foal by Highland Reel.

It is particularly appropriate that Waikuku was bred at Riversfield since the Molans also bred his sire, Harbour Watch. Bred by Shane’s father Thomas out of Gorband, a Woodman granddaughter of blue hen Fall Aspen, the son of Acclamation ran out the dominant winner of each of his three starts for Richard Hannon culminating in an authoritative win in the 2012 Richmond Stakes.

Unfortunately, he fractured a hind leg while preparing for the Dewhurst Stakes, an injury that prompted an abrupt end to a highly promising career, and so was retired to Tweenhills Farm and Stud for the 2013 season.

A quality juvenile who shared his sire Acclamation with Dark Angel, Harbour Watch possessed a commercial profile and priced at £7,500, proved to be very popular. In an illustration of his initial commercial appeal, no fewer than 61 of his first crop foals were catalogued to auction in 2014 and went on to sell for up to 240,000gns. However, his first yearlings failed to hit such heights, realising up to 130,000gns.

There was an early highlight when first crop member Tis Marvellous won the 2016 Prix Robert Papin. Yet until Waikuku emerged, that was as good as it got.

A total of 445 foals of racing age across both hemispheres (he also shuttled to Emirates Park in Australia for two seasons) contains only seven stakes winners (2%) and two Group winners, namely Tis Marvellous and Waikuku.

Harbour Watch was retired from stud duty in 2018 and died last year at the age of ten. He is unlikely to exert much of a presence in the Thoroughbred going forward but at least in Waikuku, he has left behind a runner of championship material capable of providing him with a memorable tribute. 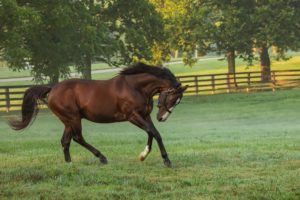 Up Next
Into Mischief lands first sire title