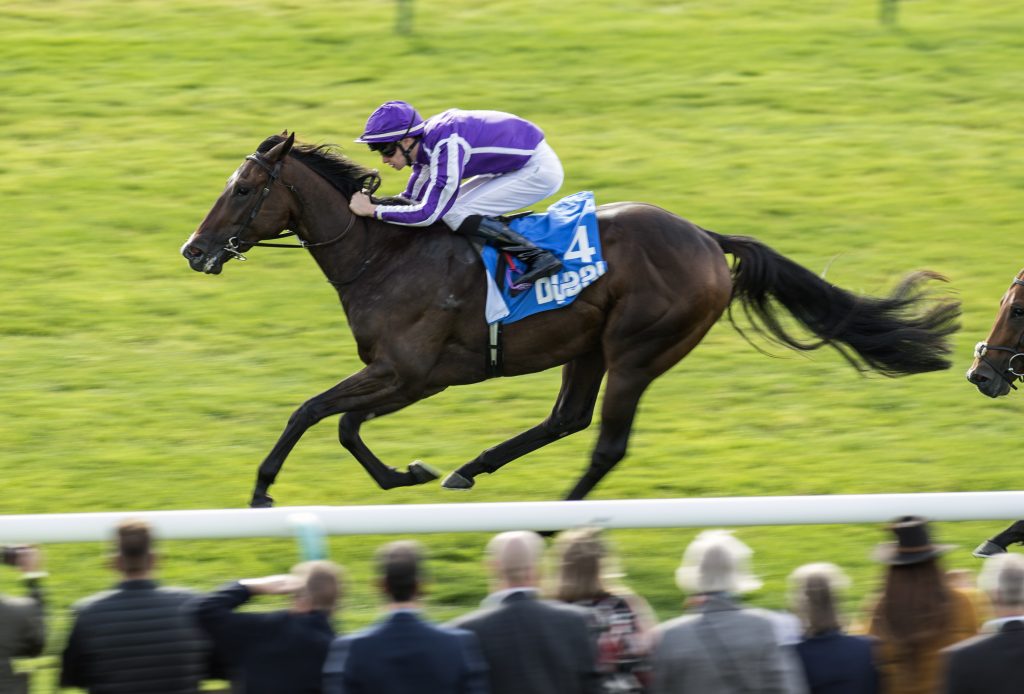 Surely I wasn’t the only person who was rather nonplussed by the American Jockey Club’s decision to discontinue its Experimental Free Handicap (recently renamed the Top 2-Year-Old Rankings)? It cited “waning relevance and interest” in these two-year-old assessments, which began as long ago as the juveniles of 1933.

For the life of me, I can’t understand why anyone closely involved in the racing and breeding industries would not be interested in the Experimental Free Handicap figures. They were as good a way as any of pinpointing stallions that consistently shine as sires of talented two-year-olds. But today’s Americans talk Beyer Speed Figures and Ragozin numbers, rather than the Rankings, the last of which gave assessments for 255 juveniles considered worthy of a rating of 100 or over.

An analysis of the figures could produce some surprising facts, as I was reminded when I amalgamated the previous five editions of the Experimental Free Handicap for an article in the March 2014 issue of Thoroughbred Owner Breeder. I was trying to find which stallions cropped up most, and was surprised to find that the very decisive leader, with a total of 24 individual two-year-olds, was the champion middle-distance turf horse Kitten’s Joy, who didn’t even tackle stakes company as a two-year-old.

Kitten’s Joy reinforced his position with his two-year-olds of 2014, with an unequalled total of six qualifiers. It was therefore no great surprise that he has since been represented in Europe by juveniles of the quality of Roaring Lion and Hawkbill.

The stallion with the most representatives in 2017 was Scat Daddy, with the excellent total of ten (which didn’t include his Triple Crown winner Justify, who didn’t race at two). This gave forewarning – not that any was really needed – that Scat Daddy would again dominate in 2018, when he enjoyed European Group success with the two-year-olds Sergei Prokofiev, Skitter Scatter, So Perfect and Van Beethoven.

With no official American figures for 2018, I turned to the Racing Post to see whether its figures can fill the Experimental void. The quick answer seems to be it cannot, as the list for dirt two-year-olds comprises fewer than 40 horses rated 100 or more, compared to the 2017 Rankings’ 255, which included a proportion of turf horses.

So an era seems to have ended. During the Experimental’s history of over 80 years, seven top-ranked colts – Whirlaway, Count Fleet, Citation, Secretariat, Seattle Slew, Affirmed and American Pharoah – have gone on to achieve the rare distinction of winning the Triple Crown.

I am going to have to be satisfied with the prize-money table for the leading sires of two-year-olds, which nowadays include totals for black-type winners and black-type horses.

The Blood-Horse’s list provided the rather unexpected news that the stallion with the most American black-type two-year-old winners, with a total of six, was Flatter. A 20-year-old son of AP Indy based at Claiborne Farm, Flatter didn’t even race at two and never won a stakes race. However, this very well-connected horse has done so well over the years that his fee, which stood at $5,000 for several years, has since peaked at $40,000. With the Experimental, I could quickly have established the merit of Flatter’s sextet. Without it I can tell you that none of the six won at Graded level and none of them was rated 100+ by the Racing Post (which I suspect limits itself to Graded stakes action).

Three stallions managed to sire five two-year-old black-type winners – the hugely popular Into Mischief, the very talented Quality Road and the first-crop sire Cross Traffic. While Cross Traffic did very well to sire the champion filly Jaywalk, winner of the Grade 1 Frizette Stakes and Grade 1 Breeders’ Cup Juvenile Fillies, she was his only Graded winner. Into Mischief, on the other hand, had a pair of Grade 2 winners and a Grade 3 scorer, while Quality Road had the dual Grade 1 winner Bellafina and a Grade 3 winner.

Rubick tops the numbers down under

Ask Europeans to name the busiest stallion at Coolmore Australia in 2018 and I suspect that few would give the correct answer. The distinction belonged to Encosta de Lago’s fast son Rubick, who attracted a whopping 262 mares in the supposedly difficult fourth year. Part of Rubick’s attraction is that he is out of a Group-winning half-sister to the three-time champion sire Redoute’s Choice, and he headed the betting on which first-crop stallion would sire the most winners during the 2018-19 season.

The second busiest stallion, with 246 mares, was Merchant Navy, another of Coolmore’s Australian-breds. This 2018 winner of the Group 2 Greenlands Stakes and Group 1 Diamond Jubilee was given a very warm welcome in Australia – and with good reason. Merchant Navy is by Fastnet Rock, who has twice taken the title of champion sire, and he is bred along similar lines to several very successful stallions.

With a son of Danehill as his sire and a daughter of Snippets as his dam, Merchant Navy shares the same grandsires as Snitzel, a stallion who appears to be heading for his third consecutive Australian sires’ championship. Also, with Fastnet Rock as his sire and a Snippets mare as his dam, Merchant Navy is bred to the same cross as two stallions which have already sired Group 1 winners. One of those stallions, the Group 3 winner Hinchinbrook, did so well with his early crops that his fee had been raised to A$55,000 just before his untimely death in 2018.

Merchant Navy was scheduled to stand the 2019 Irish season at Coolmore but didn’t make the trip. I, for one, hope that he will make the flight for the 2020 season. Another reverse-shuttler who did travel for the 2019 season was Zoustar, even though he had coped with a book of 243 mares at Widden Stud. He obviously faces a demanding year, but we have seen that today’s carefully-managed stallions can cope with a considerable workload. For example, Merchant Navy’s sire Fastnet Rock covered a combined total of 370 mares in 2011 and 387 the following year.

Another reverse-shuttler, the dual two-year-old Group 1 winner Pride Of Dubai, was priced at €15,000 when he covered a 2018 Irish book of around 100, but then attracted 147 Australian mares at the much higher fee of A$44,000. It is going to be fascinating to see whether this horse from the same family as Invincible Spirit and Kodiac can make the grade in both hemispheres.
Interestingly, only one northern hemisphere stallion – Toronado – figured among the 20 busiest stallions in Australia and this former National Stud stallion was in 20th place, with 166 mares at Swettenham Stud. 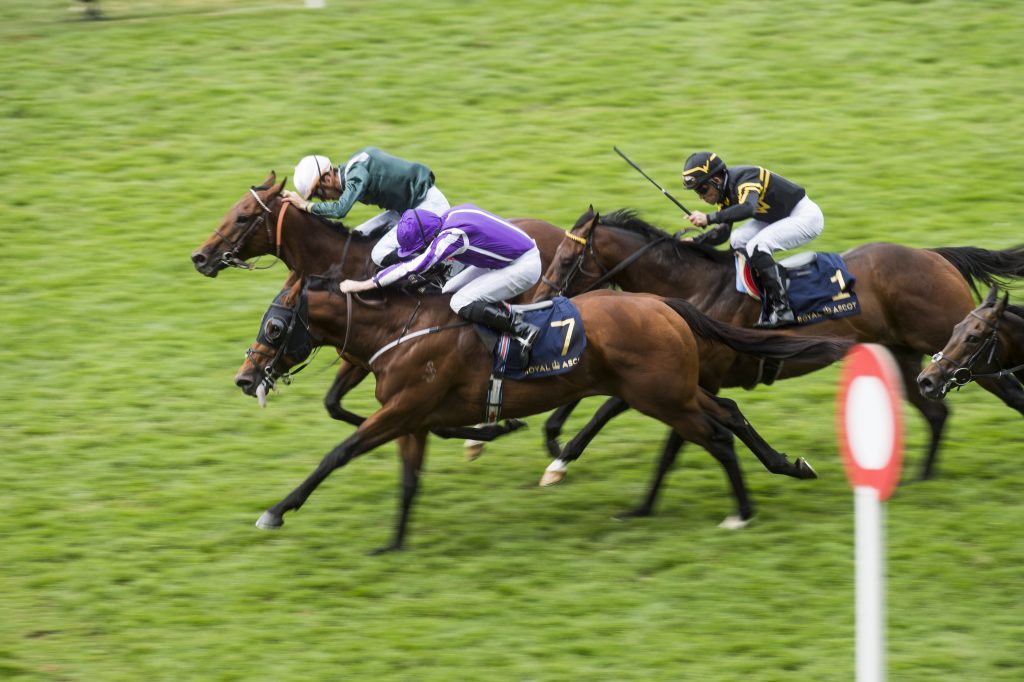 Of the other European stallions, Shalaa was the next busiest with a book of 150 mares at Arrowfield. Not far behind, with 147 mares, is Galileo’s renowned international traveller Highland Reel, who had started his stallion career with a book of 184 mares in Ireland. It still seems remarkable that this winner of £7.5 million is available for no more than €17,000 in Ireland and A$16,500 in Victoria, with his fee reflecting the prejudice against middle-distance performers, no matter how well qualified. Breeders should perhaps remember that Highland Reel won two of his three juvenile starts, including the Group 2 Vintage Stakes.

Another of Coolmore’s Galileo stallions, Churchill, covered 140 mares at A$27,500, following a first Irish book of 211. As one of Galileo’s most precocious sons, and a dual Classic winner over a mile, Churchill appears better qualified than most of Galileo’s sons to meet the requirements of Australian breeders. Churchill stands at the same fee – €35,000 – in Ireland as another of Coolmore’s champions, Caravaggio. However, Caravaggio is a little bit more expensive in Australia, at A$33,000 and he covered a few more mares (143).

The list also features a handful of stallions which have been dividing their time between Australia and Kentucky. Australia may provide some clues as to whether the progeny of Triple Crown winner American Pharoah are going to prove effective on turf. Priced at A$66,000, he covered 158 mares in his first Australian season and 139 in his second, having covered 182 mares in Kentucky in 2018.

Darley has been trying to educate American breeders about the achievements of Medaglia d’Oro’s fast son Astern. A book of 116 mares at a fee of $15,000 in his first season in Kentucky in 2018 was
followed by 139 mares at A$33,000, which suggests he isn’t going to find things easy in the northern hemisphere. The same applies to another of Medaglia d’Oro’s fast Aussie sons Vancouver. After attracting 82 mares in his second season in Kentucky, Vancouver wasn’t returned for a third year. It also hasn’t been straightforward for Vancouver in his native Australia, where his book has fallen from 200 mares in his first season to 161 in his second and now to 128 mares in his third.

Another name on the list which interested me is that of Sir Prancealot, who covered 110 mares at a fee of A$14,300 at Cornerstone Stud Farm in South Australia. This son of Tamayuz won three of his six starts as a two-year-old in 2012, including the Group 2 Flying Childers Stakes, and was then promptly retired to Tally-Ho Stud at a fee of €6,000.