Recent news has highlighted gender inequality, LGBTQ+ rights and the #MeToo movement. Thinking about the subject has brought home to me how far horseracing has come in addressing a number of issues. In fact, whether it concerns humans or horses, the sport can show, and will continue to show, improvement in the already significant progress it has made towards genuine equality in most areas.

One only has to mention the name of Rachael Blackmore to make the point about gender equality in racing. The Cheltenham Festival provided a great example, with her being the leading rider, but success that resonated with even more people outside the sport came when she lit up Grand National day at Aintree.

Of course, we have had good female jockeys in the past, and with Bryony Frost and Hollie Doyle also recently catching the limelight, it is demonstrably clear that the career path to the top is open to any jockey who can demonstrate the necessary ability and determination.

The breeding and racing industries have also been working hard to improve the environment for fillies and mares, who generally achieve a lower price at sales than colts and geldings and who represent a much lower percentage of the horse population in training. As breeders, most of us live with the females – the mares – that provide our foals and racehorses of the future, and here we have seen so much progress being made, particularly in National Hunt racing.

Ten years ago, the TBA and BHA set out to create a programme that would improve the lot of jump-bred fillies. After all, foals are born 50-50 between colts and fillies, so the previous 50-20 imbalance in favour of male horses in training had to be brought much closer to parity.

There is still further work to be done but recent success at Cheltenham is an indicator of progress. Honeysuckle followed up Epatante’s Champion Hurdle success of 2020 and Put The Kettle On came back to win again. Five mares winning races open to both sexes in 2020-21 gives great encouragement and demonstrates what good mares can achieve at the highest level.

More and better races in which mares can prove themselves, along with the Great British Bonus, has turned a bigger spotlight on fillies and mares, who are now sought-after and found in every jump trainer’s yard.

A plan and perseverance have brought reward, but the good work needs to be kept up, by learning from what has been done well and applying that to the next five to ten years. For instance, the Flat programme for older fillies and mares has been greatly improved, encouraging owners to keep these horses in training beyond the end of their three-year-old careers.

Aside from the outstanding Enable, there are plenty of good Group-class fillies staying in training to provide longevity and competitive sport against their own sex and the males. Prize- money for these races needs to be high enough to tip the balance between being rushed off to stud and another year in training, but as long as this can be kept competitive the opportunity to race a filly and possibly improve her race record will be attractive.

Fillies receive the standard weight allowance, so why should colts be protected from competition by geldings? Breeders believe in competition to inform about the ability of future breeding stock. If colts or fillies cannot be competitive against geldings, we should not be afraid to discover the truth. It is time that three-year-old geldings were allowed to run in the Guineas, Derby, St Leger and all championship Group 1 races.

The two issues may seem poles apart, but the principles for progress and improvement remain the same, provide opportunities and infrastructure to encourage involvement and level the playing field. British racing can be proud of its progress but let’s not rest on our laurels. Let’s plan ahead on how we wish to see even more successful female jockeys coming through, and how we see the racing programme encouraging more fillies and mares to race and stay in training. 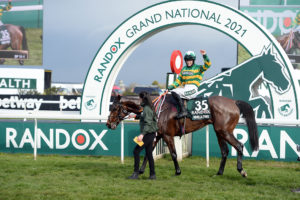