By their very nature, the leading broodmare sire standings are often a reflection of the old guard. For instance, of this year’s top ten broodmare sires, only three – Galileo, Pivotal and Oasis Dream – remain in active service.

Mares by that trio are likely to be in demand at this week’s Tattersalls December Sale, and deservedly so considering that between them, their daughters have accounted for 56 stakes winners across Europe this season.

However, it could also pay for breeders to turn their attention to some of the younger names finding their feet in this department. Several such horses are listed below and are well represented at Park Paddocks this week.

A brilliant and well-bred racehorse who has covered some of the best mares available across Europe throughout his stud career to date, it is no surprise that Sea The Stars is now making waves as a broodmare sire – like his sire, Cape Cross, and damsire, Miswaki, before him.

Sea The Stars broke new ground within the role in August 2019 when Raakib Alhawa (by Kingman) took the August Stakes at Windsor to become his first stakes winner as a broodmare sire.

Further success has followed in the intervening months, notably via Stela Star, one of the best sired by the underwhelming shuttler Epaulette who won last year’s Killavullan Stakes, Love Locket (by No Nay Never), who made all to win the Leopardstown Fillies Trial Stakes in June, and Bahrain Pride (by Kodiac), a high-class breeze-up graduate who won the Ripon Two-year-old Trophy.

The idea that Shamardal is a fine influence as a broodmare sire is nothing new. However, given that his eldest European-bred daughters are still relatively young at 13-years-old, it’s one that is worth reiterating.

Fans of Shamardal as a broodmare sire tend to subscribe to the theory that his daughters often throw depth and strength into their progeny. Being a son of Giant’s Causeway, and therefore a grandson of Storm Cat, also makes his line an appealing outlet for the many representatives of Sadler’s Wells and Danehill out there; indeed, his daughters have already produced three stakes winners to Danehill’s son Kodiac, namely Hello Youmzain, Umm Kulthum and Gifted Master.

Whatever the reason for his success, there is no getting away from the fact that Shamardal continues to make great strides in this department – just think of the likes of Awtaad (by Cape Cross), Pretty Pollyanna (by Oasis Dream), Latrobe (by Camelot), One Master (by Fastnet Rock) and Hello Youmzain (by Kodiac) to name but a few.

A purple patch for Teofilo as a broodmare sire arrived on a damp afternoon in late October via the exploits of Mac Swiney and Flying Visit, who won the Vertem Futurity and Eyrefield Stakes within minutes of each other. Unsurprisingly, both were bred by Jim Bolger, the mastermind behind Teofilo himself who has a number of daughters of the stallion at his disposal. 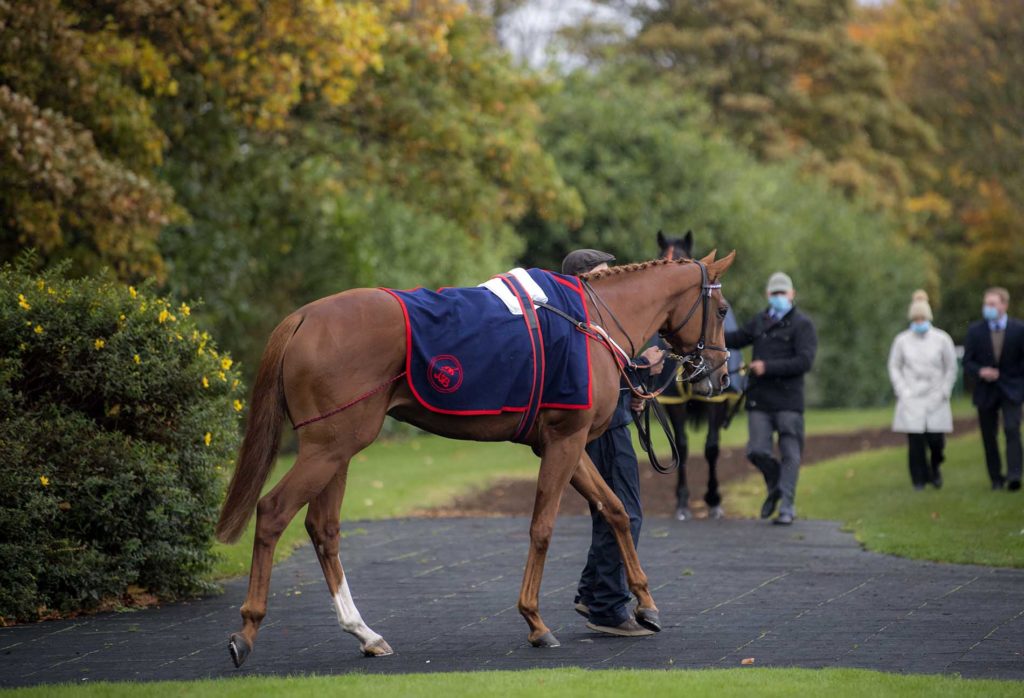 There is an idea that Teofilo’s background, as a Galileo out of a Danehill mare, restricts the options available to breeders in an industry saturated with Sadler’s Wells and Danehill blood. Just as well then that Bolger has already proved through Mac Swiney that inbreeding back to Galileo with a Teofilo mare can be an effective route for the more daring breeder; Mac Swiney is a son of New Approach and therefore inbred 3×3 to Galileo.

In all, Teofilo featured as the damsire of six European stakes winners in 2020 to bring his overall worldwide total to 13.

2020 was the season in which Zoffany – also the product of a Machiavellian mare, like Shamardal – announced his arrival as a broodmare sire.

Zoffany’s oldest daughters are still only seven-years-old and his early crops were inexpensively bred. Yet his record as a damsire already includes two of the leading lights within the juvenile filly division in Tiger Tanaka, winner of the Prix Marcel Boussac, and Santosha, winner of the Princess Margaret Stakes. Interestingly, both are inbred to Danehill; Tiger Tanaka is a daughter of Clodovil and therefore inbred 2×4 while Santosha is from the first crop of Coulsty and inbred 3×4.

By A.P. Indy out of a mare by Quiet American, it can be argued that Bernardini possesses the make-up to become a leading broodmare sire – and indeed, early results suggest that he is on his way to surpassing the records compiled in that department by his illustrious sire and damsire.

Granted, Bernardini has long received the type of mare – namely well-bred and highly accomplished – to aid his cause.

Yet nevertheless, he has become one of the hottest North American broodmare sires around as the damsire of Kentucky Oaks heroine Serengeti Empress (by Alternation), Grade 1-winning two-year-old Maxfield (by Street Sense), this year’s CCA Oaks heroine Paris Bikini (by Curlin) and current top two-year-old Gretkzy The Great (by Nyquist). Other Grade 1 winners out of a Bernardini mare also include Catholic Boy (by More Than Ready), Dunbar Road (by Quality Road), Wicked Whisper (by Liam’s Map) and Hunter O’Riley (by Tiz Wonderful) – quite a record for sire whose eldest daughters are still relatively young at 12-years-old. 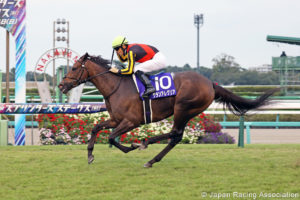