Unlucky not to retire a Group 1 winner, tragedy later struck Duntle when laminitis claimed her life at stud. Duntle was only eight years old at the time of her death, meaning that triple Group 1 hero Circus Maximus is her only foal.

That Circus Maximus should emulate Duntle by becoming a dual winner at Royal Ascot with a tenacious victory in Tuesday’s Queen Anne Stakes provides a very fitting tribute to the mare, one whose own Group 1 victory in the 2012 Matron Stakes was lost in the Leopardstown stewards’ room; in a curious twist of coincidence, the same fate almost befell her son following last year’s Prix du Moulin at Longchamp.

Trained by David Wachman, Duntle first came to our attention when streaking to an 18-length success in a Dundalk maiden in the spring of 2012. The daughter of Danehill Dancer carried the colours of her breeder Sonia Rogers that day and by the time she reappeared to run fourth in the Derrinstown 1,000 Guineas Trial, she was under the ownership of the Niarchos family.

Duntle rewarded their judgement, firstly by justifying their decision to bypass the Irish 1,000 Guineas by winning the Listed Sandringham Handicap at Royal Ascot before successfully stepping up in grade to win the Group 3 Desmond Stakes over a mile at Leopardstown.

A progressive filly, she warranted a crack at the top level and so it was back to Leopardstown’s mile for the Matron Stakes. Duntle crossed the line first that day but in working her way out of a pocket had bumped Alanza, who in turn had hampered the eventual runner-up Chachamaidee. The decision to demote Duntle in favour of Chachamaidee – who to this day remains Footstepsinthesand’s only ‘Group 1 winner’ in Britain or Ireland – was controversial but one that nevertheless stood on appeal.

Duntle never did gain that important Group 1 bracket. She returned at four to win the Group 3 Amethyst Stakes back at Leopardstown and the Group 2 Duke Of Cambridge Stakes at Royal Ascot before finding only Elusive Kate too good in the Group 1 Prix Rothschild at Deauville. She signed off her career with a third behind Sky Lantern in the Group 1 Sun Chariot Stakes at Newmarket.

Duntle’s form, not to mention the fact that she was a daughter of Danehill Dancer, made her a natural fit for Galileo. Indeed, Circus Maximus is one of 29 Group or Grade 1 winners by the Coolmore colossus to be bred on a variation of the Danehill cross. Danehill Dancer himself appears as the damsire of five of them, namely Minding, Sovereign, Alice Springs and The Gurkha in addition to Circus Maximus.

Delve deeper into Duntle’s pedigree and an array of illustrious relatives emerge, not least her connection to that legendary mare Allez France, Daniel Wildenstein’s first French Horse of the Year.

Allez France enthralled racegoers during the early 1970s with her dominance across the divisions, all the while engaging in a rivalry with another great, Dahlia; Allez France met her on six occasions and defeated her every time.

From the fourth crop of Sea Bird, Allez France was out of Priceless Gem, an excellent American two-year-old whose seven victories had included the Frizette and Futurity Stakes. Priceless Gem, by Hail To Reason and out of the top American racemare Searching, herself a direct descendant of blue hen La Troienne, later sold for a then world record price of $395,000 in 1970 and Allez France was her second foal. 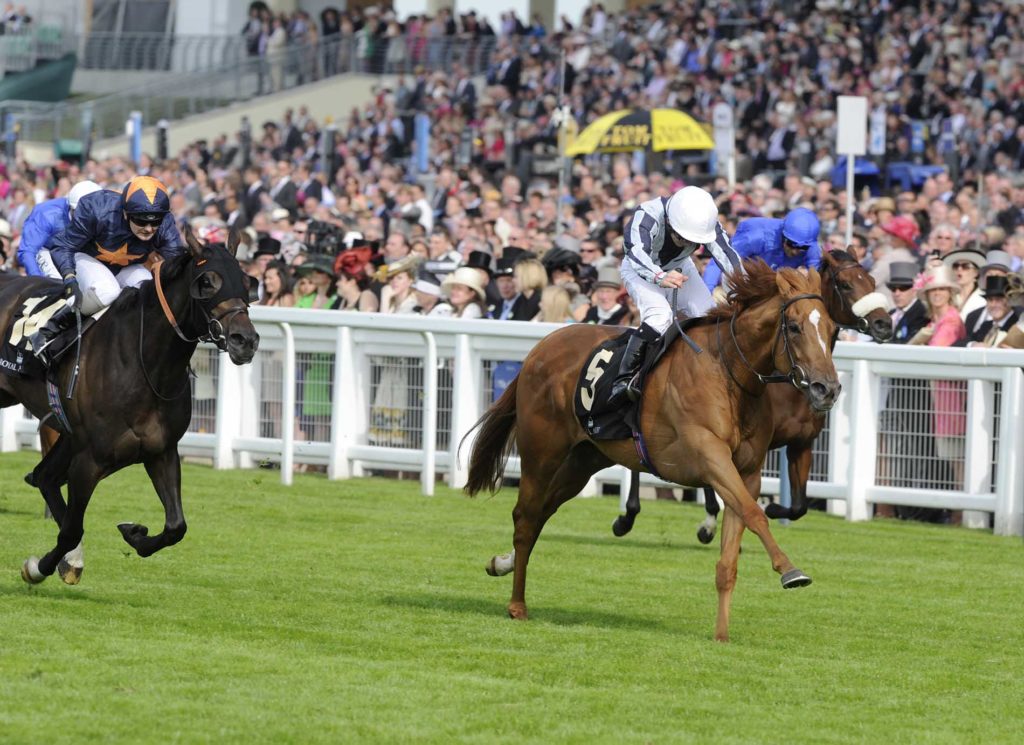 Allez France was one of those rare performers who held her form at the highest level over a series of seasons. Initially trained by Albert Klimscha, she won the 1972 Group 1 Criterium des Pouliches at two and the Poule d’Essai des Pouliches, Prix de Diane and Prix Vermeille at three. Rheingold had the better of her in that year’s Arc but it was a different story the following year in 1974 when an Arc victory, in which she resisted Comtesse De Loir to win by a head under Yves Saint-Martin, was the highlight of an unbeaten season that consisted of wins in the Prix d’Harcourt, Prix Ganay, Prix d’Ispahan and Prix Foy for Angel Penna, who had inherited the filly upon the retirement of Klimscha.

Although not quite as imperious at five, her final European season still yielded three further wins including a second renewal of the Prix Ganay.

Allez France foaled only two winners at stud, although one of them was the Group 3 winner Action Francaise, herself the dam of Group 3 winners Android and Article Rare.

Allez France was also by far the best runner produced by Priceless Gem. Only one other black-type performer, Lady Winborne, followed, yet it is from that daughter of Secretariat, who ran third in the 1979 Group 3 Brownstown Stakes for Vincent O’Brien, that the branch responsible for Circus Maximus stems.

Lady Winborne was hugely successful at stud as the dam of 13 winners, among them the Grade 1 scorers Al Mamoon and La Gueriere. The latter subsequently foaled Grade 1 winner Icon Project and is the granddam of Grade 2 winner Munnings, now an important sire at Ashford Stud in Kentucky who was represented at Royal Ascot by the Commonwealth Cup runner-up Kimari.

Another granddaughter of Lady Winborne, Frosty Welcome, won the Listed Aphrodite Stakes for Kirsten Rausing while a grandson, Master Command, was a dual Grade 2 winner.

By sending Lady Winborne to the Preakness and Belmont Stakes winner Little Current in 1983, her breeders Wimborne Farm were following a similar route to that of Allez France; Little Current was one of the best sired by Sea Bird during his time at Darby Dan Farm though was ultimately a bad sire.

The resulting filly was Benguela, a minor winner who foaled seven minor winners for Airlie Stud. One did, however, go on to produce Grade 1 scorer Honor In War and it was his sire, champion Lord At War (an Argentinean-bred grandson of Brigadier Gerard stood by Wimborne Farm in Kentucky), to whom Benguela produced Lady Angola, the dam of Duntle.

It’s probably fair to say that Lord At War is an underrated influence in pedigrees. Not renowned as a sire of precocious stock, his progeny were generally tough and often possessed an affinity for turf. He left behind 47 stakes winners but came into his own as a broodmare sire, as the likes of Raven’s Pass, Pioneerof The Nile and War Emblem attest.

Bred by Airlie Stud, Lady Angola was no great shakes for John Dunlop, winning a 1m4f handicap at Wolverhampton off 72 but in Duntle, her fifth foal, she justified her breeder’s faith in the family.

Circus Maximus is invariably equipped with headgear and tends to only just do enough in his races, so there is surely more to come. Regardless, as a three-time Group 1-winning miler, he has done enough for a high-profile place at stud. However, he is far from being the first Galileo stallion prospect supported by the influence of Danehill and in a market that is arguably flooded by such blood, it will be interesting to see exactly where he ends up. 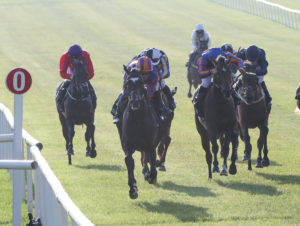 Up Next
Peaceful propels Galileo into the record books