The idea of a St Leger winner capturing the imagination of high-end Flat breeders is sadly an alien concept in Europe. Similarly, the emphasis in North America remains on dirt speed.

All of which makes the attitude of Japanese breeders towards such horses all the more refreshing.

Japan remains a country where the idea of breeding a supreme athlete remains top of the agenda, and in that stayers with lengthy racing careers behind them tend to be held in high regard.

There is no better example than the late supersire Deep Impact, whose 12 victories ranged from the Satsuki Sho (Japanese 2,000 Guineas) over 10f to the Tenno Sho (Spring) over two miles. The brilliant son of Sunday Silence also landed the Kikuka Sho (Japanese St Leger) over 15f – such a stamina-laden record would be enough to send most breeders in this part of the world running.

Another winner of the Kikuka Sho was to the fore only on Sunday in Epiphaneia, whose first crop is responsible for the latest darling of Japanese racing, unbeaten Yushun Himba (Japanese Oaks) heroine Daring Tact.

Daring Tact’s Classic victory at Tokyo on Sunday had to be seen to be believed. Successful in each of her three previous starts, the Haruki Sugiyama-trained filly had previously overwhelmed last year’s Japanese two-year-old champion filly Resistencia when landing the Oka Sho (Japanese 1,000 Guineas) and was sent off the popular Oaks favourite in a field of 18 as a result.

Daring Tact had only four behind her as the field rounded the final turn but uncorked an incredible rally to run down the leaders and win going away. In the process, she became the first unbeaten winner of the Japanese 1,000 Guineas and Oaks in 63 years.

“After a good break, we were bumped a few times, so I decided to keep her relaxed in a lower position than planned,” he said. “She instantly kicked into gear once out of traffic in the straight and showed another amazing run down the middle of the lane. Her tremendous burst of speed was extraordinary.”

Although bred by Hasegawa Bokujo, Daring Tact is another to pay tribute to the overwhelming dominance of the Yoshida family’s Shadai Stallion Station, in her case as a daughter of their current resident Epiphaneia and the Shadai-bred mare Daring Bird, herself a daughter of their late champion sire King Kamehameha. 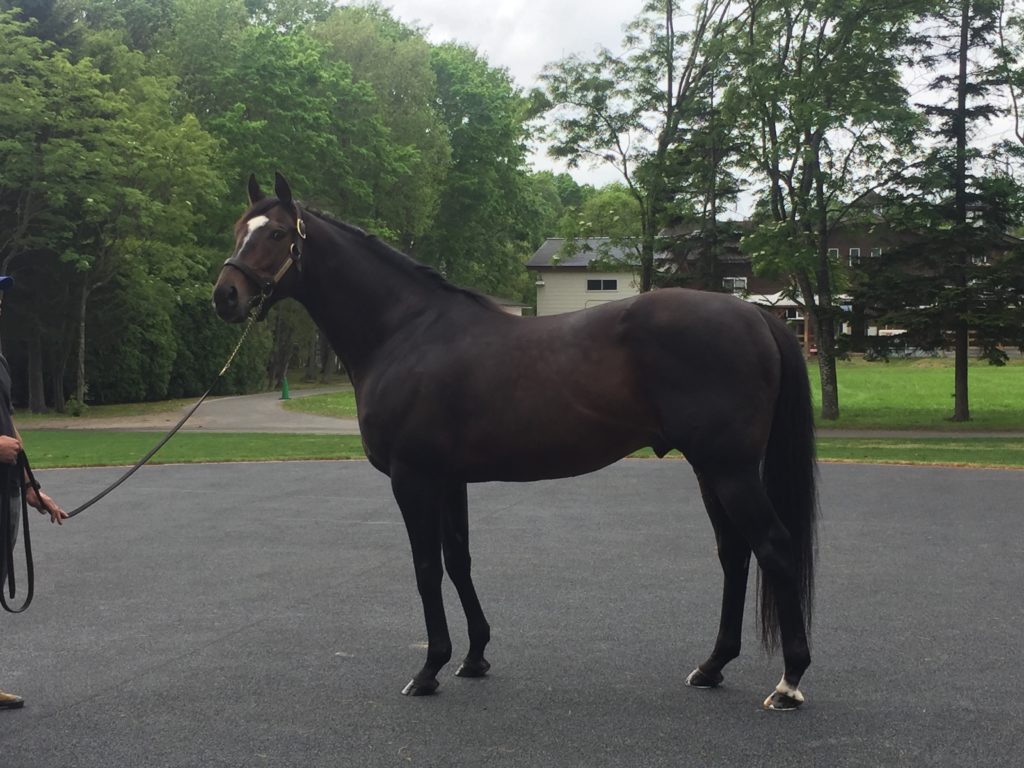 Daring Tact is also the first Group 1 winner to be inbred to Sunday Silence, the former titan of Shadai who changed the face of Japanese breeding.

However, unlike many popular Japanese stallions of today, Epiphaneia is not a member of the Sunday Silence sire line. Instead, he is a son of the Japanese Horse of the Year Symboli Kris S, a Kentucky-bred son of Kris S and the sire of five Group 1 winners in total. Now aged 21, Symboli Kris S is still going strong at the Breeders’ Stallion Station in Japan.

Sunday Silence appears in Epiphaneia’s background as the grandsire of his dam Cesario, an exceptional daughter of his Classic-winning son Special Week. Also winner of the Japanese Oaks, Cesario was a groundbreaker for Japanese racing, becoming the first Japanese-bred to win an American Grade 1 when successful in the American Oaks at Hollywood Park back in July 2005.

Cesario has since become an extremely valuable producer for Katsumi Yoshida’s Northern Farm, and now promises to exert a major influence on the Japanese breed. Epiphaneia, her second foal, is a multiple Group 1 winner. Her third, Leontes (by King Kamehameha), was the Japanese champion two-year-old colt of 2015 off the back of his victory in the Hanshin Asahi Hai Futurity Stakes.

And then there is her current four-year-old Saturnalia (by Lord Kanaloa), last year’s Japanese champion three-year-old colt and Japanese 2,000 Guineas winner. With Epiphaneia and Leontes already at stud and the promised popularity of Saturnalia as a stallion prospect, it won’t be long before Cesario is represented by at least three sons at stud.

Added to that, Cesario is also the granddam of this month’s Group 2 Hai Aoba Sho winner Authority (by Orfevre and out of a sister to Epiphaneia); like Daring Tact, that filly sits among a group of eight stakes winners inbred to Sunday Silence.

That snapshot illustrates just how powerful this family has become in Japan. However, it does also own European roots as a branch of the family belonging to Countess Batthyany’s 1967 Oaks heroine Pia. Other descendants include Chief Singer, Fascinating Rock and Anna Pavlova.

Epiphaneia mixed it with the best for three seasons under the care of trainer Katsuhiko Sumii. Following an unbeaten juvenile season capped by a win in the Group 3 Radio Nikkei Hai Nisai Stakes over 10f, he ran second in both the Japanese 2,000 Guineas and Derby at three before gaining a deserved Classic breakthrough in the St Leger. He further demonstrated his talent as a four-year-old when the four-length winner of the Japan Cup from the likes of Just A Way, Gentildonna and Ivanhowe.

“Epiphaneia now currently narrowly heads all the second-crop sires, good news for those who supported him at an increased fee”

Epiphaneia’s early popularity at stud is underlined by the fact that Daring Tact is one of 160 foals in his first crop bred off a fee of 2.5 million yen (£19,000). So far, that group contains 50 winners although Daring Tact remains his sole stakes scorer.

In his defence, however, another six of his first-crop are stakes performers. They include the Group 3-placed Roll Of Thunder, who was his sire’s leading money earner of 2019 when he ended the year as the nation’s second leading first-crop sire behind Shadai studmate Kizuna.

Thanks to Daring Tact, Epiphaneia now currently narrowly heads all the second-crop sires, good news for those who supported him at an increased fee of 5 million yen (£38,000) for 2020. (It was also good to see another member of the 2016 intake, multiple Group 1 winner Gold Ship, supply the Japanese Oaks third Win Mighty.)

Daring Tact is the first named foal out of Daring Bird, who ran only once when down the field in a Chukyo maiden in July 2014. The mare also has a two-year-old colt named Maono Zenith and a yearling filly also both by Epiphaneia to run for her, and was sent to the Breeders’ Cup Sprint winner Drefong last year.

This family headed to Japan with the sale of Daring Bird’s granddam Daring Danzig for $435,000 to Shadai Farm at the 1998 Keeneland November Sale. The daughter of Danzig was out of Grade 2 winner Impetuous Girl and therefore a member of the clan that would come to include American Grade 1 winners Banker’s Lady and Daisy Devine.

However, within a year that sale looked a very good bit of business for Shadai as Daring Danzig’s then three-year-old Ecton Park struck in the Grade 1 Super Derby and Grade 2 Jim Dandy Stakes.

The Pulpit colt she was carrying at the time, Pit Fighter, also developed into a Group 3 winner while a Sunday Silence daughter, Daring Heart, was a triple Group 3 winner who ran third in the 2005 Japanese 1,000 Guineas; Daring Bird is the first living foal out of Daring Heart in a disappointing stud career that currently comprises four minor winners.

On what we’ve seen so far, Daring Tact could well develop into an Arc candidate for Japan. Regardless, she is well on her way to assuming the status of either Almond Eye or Gentildonna within Japanese racing and has already proven to be excellent value at the 12 million yen (£90,000) that she cost Normandy Farm at the 2018 JRHA Select Sale. 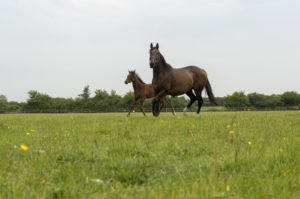 Up Next
Vanquishing virus the key to racing's resumption